On Tuesday 12 October, the Minister for Defence Industry, Melissa Price announced the Defence Innovation Hub will be investing $28m in Australian industry. Of the nine contracts being funded, Thales Australia received $3.8m to develop our sovereign Blue Sentry autonomous system. 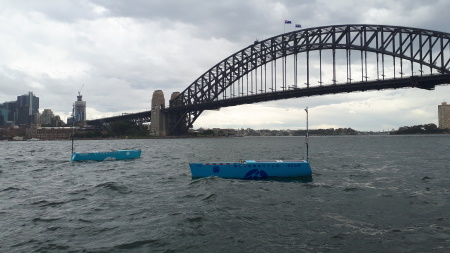 Thales has been working collaboratively with Ocius since 2013 on the role of the USV in ASW and, according to Thales Research and Development Project Lead, Daniel Dent, the Bluebottle is a standout USV platform for long-term maritime mission endurance.

“The Bluebottle design has a unique combination of capabilities which keep it moving forward in all-weather while still producing enough power for the payload utilising solar cells on the sail and deck for electricity generation. It has been proven at sea now over many missions for several years, performing remarkably well.” 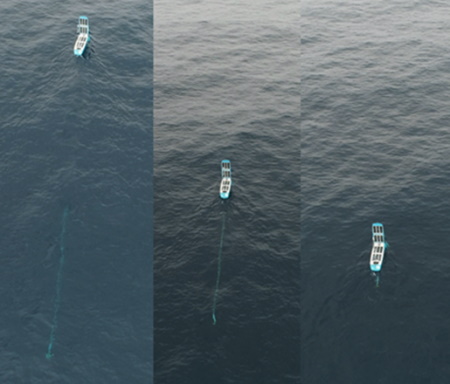 The Blue Sentry team, or fleet of USVs integrated with our sonar arrays, will be capable of remaining operational for extended periods of time in any weather autonomously patrolling large areas of ocean performing underwater ISR (Intelligence, Surveillance, Reconnaissance) missions. Missions that would have previously required the deployment of peopled assets for many days to complete will be able to be conducted remotely using the Blue Sentry team of Autonomous Vessels at a significantly reduced cost of coverage.

Another advantage of the Blue Sentry system is that it is capable of being deployed both at surface and sub-surface depths enabling detection, classification and localisation of craft on the surface or below the water that generate acoustic noise or produce acoustic reflections. In addition to the system’s autonomous detection capabilities, the Thales RASS element of Blue Sentry will enable covert communication to allies below the surface using long-range low frequency underwater communications.

Before the Blue Sentry is delivered however, there are a series of engineering innovations required to develop the current Bluebottle USV into Blue Sentry. Thales Australia and Ocius will utilise funding provided by the Defence Innovation Hub to conduct research work into the following areas: 1) trusted team autonomy, navigation and persistence, 2) size and power consumption of sonar systems, 3) communications Range and content, 4) integration of RASS sonar system, testing and proving for ASW missions and 5) mission hardening of the vessel teams.

The project is expected to run its initial phase for a period of three years, culminating in the development of a mission capable product demonstrator.

From humble beginnings, Ocius and Thales Australia have worked together to combine the strengths of two great Australian designed and developed technologies. Thales is widely known as one of the leading sonar array designers in the world and the Ocius’ Bluebottle has proven it can tow the Thales array at varying depths via its unique keel winch while quietly, persistently and freely navigating in Australia’s seas. Thanks to the Defence Innovation Hub, this contract means we have the opportunity to test our ‘next-generation’ combined product in different Areas of Operation off NT and WA with the aim to develop a world-beating capability. – Ocius Technology CEO – Robert Dane