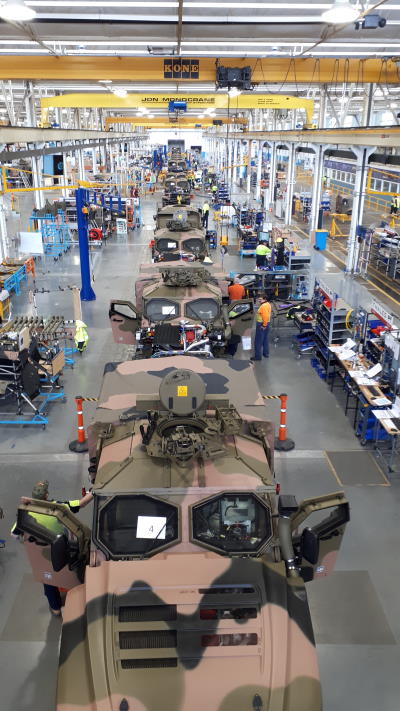 The most detailed economic analysis to date of how Australia’s Defence Industry spending flows through the national economy has found significant benefits to Australian SMEs and a strong economic benefit from Sovereign Industry Capabilities.

In the first major study of its type, economic analysts AlphaBeta Advisers were given unprecedented access to data on hundreds of thousands of payments by Thales Australia to its Australian suppliers over a three-year period.

AlphaBeta lead researcher Dr Andrew Charlton said greater understanding of the value and impact of Defence spending in the Australian economy was critical as the Government ramped up major acquisition programs under its Integrated Investment Program (IIP).

“Prime Defence contractors such as Thales are key to translating IIP spend into effective supply chain and investment programs because they provide a link between the Department of Defence’s investment and the many other Australian businesses in the supply chain, many of which may not be defence specialists.”

Minister for Defence Industry, the Hon Melissa Price MP, said the Morrison Government’s unwavering commitment to supporting small businesses in the defence supply chain was having a clear impact.

“It has always been this Government’s intention that the $200 billion we’re investing in a record build-up of defence capability flows through to the thousands of small businesses that make up our defence industry,” Minister Price said.

“This analysis by Thales demonstrates how our investments are creating local jobs, and also building the critical defence capability we need to deliver a capable, agile Defence Force.

“We’ve been upfront with the prime contractors about their obligations to partner with Australian businesses, and Thales is leading by example.”

“First and foremost, Australia’s sovereign defence industry capabilities are vital to delivering a capability advantage to the Australian Defence Force.

“Thirdly, as this data clearly shows, there is a substantial jobs and economic activity benefit from spending more of the Defence dollar in Australia. It delivers thousands of jobs spread through hundreds of business across the nation.

“For more than 30 years we’ve been building a whole industrial ecosystem in Australia to support the ADF and exports, and it shows in this data in the broad range of industry sectors that are part of our Australian supply chain – from metal fabrication and engineering to professional and scientific services.

“In our case, the areas where we deliver Sovereign Industry Capability – notably Munitions and Small Arms, Protected Vehicles and Maritime support – are where the greatest benefit accrues to our Australian supply chain.”

Thales in Australia is a trusted partner of the Australian Defence Force and is also present in commercial sectors ranging from air traffic management and ground transport systems to security systems and services. Employing around 3,900 people, Thales in Australia recorded revenues of more than A $1.39 billion in 2018 and export revenue of over A$1.6 billion in the past 10 years.

Thales (Euronext Paris: HO) is a global technology leader shaping the world of tomorrow today. The Group provides solutions, services and products to customers in the aeronautics, space, transport, digital identity and security, and defence markets. With 80,000 employees in 68 countries, Thales generated sales of €19 billion in 2018 (on a pro forma basis including Gemalto).

Thales is investing in particular in digital innovations — connectivity, Big Data, artificial intelligence and cybersecurity — technologies that support businesses, organisations and governments in their decisive moments.