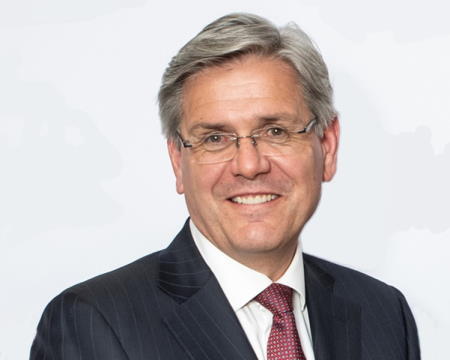 Thales Australia and New Zealand today announces the appointment of Jeff Connolly as Chief Executive Officer (CEO) following the decision by current CEO Chris Jenkins to retire after 14 years in the role. Mr Connolly will take up the role on 1 September 2022, with Mr Jenkins agreeing to continue to serve Thales and its customers as a non-executive director after a period of leave.

Australian-born Mr Connolly will join Thales from multinational technology and engineering company Siemens AG, where he has been Executive Chairman and CEO of Siemens Australia and New Zealand for the past 10 years. In a 30-year career at Siemens, Mr Connolly has held senior executive roles throughout Australia, Europe and Asia.

“As an experienced, passionate and committed supporter of Australian research, innovation and modern manufacturing, Jeff has the strategic and operational capability to deliver for our customers and support our employees and other stakeholders,” Ms Hutchinson said.

“Among other notable achievements, Jeff established and chaired the Prime Minister’s Industry 4.0 Taskforce, now known as the AiGroup Industry 4.0 Forum, and he remains on the Executive Council. More recently, Jeff chaired the Federal Government’s Research Commercialisation Taskforce, the recommendations of which led to the $2.2 billion University Research Commercialisation Action Plan to drive industry and university innovation and collaboration.”

Mr Connolly said: “I am excited by the opportunity to lead one of Australia’s most innovative and trusted companies at a time when demand for its mission-critical services has never been more acute. I look forward to continuing to build on Thales’ well-earned reputation for innovation and world-class support for its defence and commercial customers in Australia, throughout the Asia-Pacific region and beyond.”

“Chris is an outstanding leader who has served the company with distinction, growing Thales into one of Australia’s largest suppliers and exporters of mission-critical products and services. The board is pleased that Chris, after a period of leave, will rejoin the company as a non-executive director continuing his strong advocacy for Australian engineering, technology, design and manufacturing.”

Thales (Euronext Paris: HO) is a global leader in advanced technologies, investing in digital and “deep tech” innovations – connectivity, big data, artificial intelligence, cybersecurity and quantum technologies – to build a confident future crucial for the development of our societies. The Group provides its customers – businesses, organizations and governments – in the defense, aeronautics, space, transport, and digital identity and security domains with solutions, services and products that help them fulfil their critical role, consideration for the individual being the driving force behind all decisions. Thales has 81,000 employees in 68 countries. In 2021, the Group generated sales of €16.2 billion.

Thales in Australia is a trusted partner of the Australian Defence Force and is also present in commercial sectors ranging from air traffic management and ground transport systems to security systems and services. Thales Australia employs around 3,800 people directly and supports over 2,051 jobs along its Australian supply chain. In 2020 Thales Australia spent $657 million with 1,841 Australia suppliers, of which 82% are SMEs. Since 2018 Thales Australia has spent over $1.9 billion with local Australian businesses. Thales Australia has a history of patient investment to build advanced in-country capability across manufacturing, critical systems and services. Close collaborative relationships with local customers, Australian SME suppliers and research institutions combined with technology transfer from our global business enables Thales to tailor high-quality solutions for Australian and export markets, generating revenue of $1.6 billion in exports over the past 10 years.