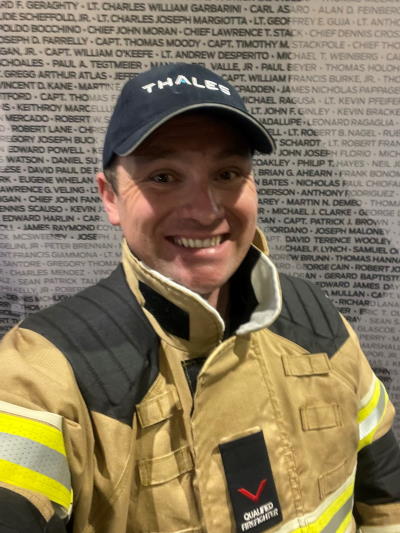 While on deployment, Australian veteran Christopher May was travelling in a Bushmaster when it was struck by an Improvised Explosive Device; changing his life forever. Chris shares his incredible journey through recovery and how, with his ‘second life,’ he is raising awareness about mental health in emergency services personnel.

Since the Bushmaster was first brought into service over 17 years ago, it continues to live up to its reputation for saving lives on operations.

The Bushmaster is much loved among Australian soldiers including Australian Defence Force veteran Christopher May, who serves as living proof of the Bushmaster's survivability. Chris shares the details of that fateful day when the Bushmaster he was travelling in was struck by an improvised explosive device (IED), his road to recovery, and the overwhelming sense of service to the community that has driven him to achieve extraordinary things since leaving active service.

Chris grew up in Melbourne as the youngest of four brothers, and was adamant he didn’t want to follow in his father and older brothers’ career choice as a tradie, but instead forge his own path.

When Chris undertook work experience at the Army Reserve Unit in Puckapunyal, it was love at first sight. When he saw the M113 Armoured Personnel Carriers parked in front of the barracks buildings, he later went home to declare that he was going to join the Army! True to his word, Chris enlisted as soon as he could at 16 years and 9 months and left for Kapooka to undertake initial army training.

It was there that Chris was trained to drive the Australian Light Armoured Vehicle, which, as Chris puts it, ‘led to a funny situation where I was licensed to a massive eight-wheel drive beast before being able to legally drive a normal car.”

It was during Chris' posting to B Squadron 3rd/4th Cavalry Regiment in Townsville that he was called upon to complete a rigorous three-week Bushmaster training course and, shortly after in April 2009, he found himself in Afghanistan on his first deployment as part of the Mentoring and Reconstruction Task Force.

“I remember feeling an overwhelming sense of awe being in a land so steeped in history. The reality of being in a battleground really hit me when we drove out of the gates of the Forward Operating Base to do our first patrol. I was just consumed with what was happening around me in the present moment – the harsh landscape, the dilapidated structures, and the kids throwing rocks – it was very unique." 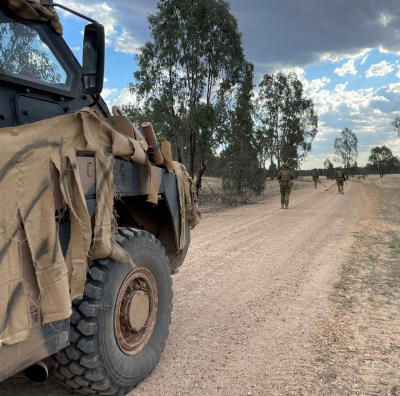 When asked what the best feature of the Bushmaster was, Chris says while laughing “apart from the survivability aspect, obviously, we all loved the air conditioner. With the outside temperature averaging 40 degrees, it was simply heaven to be able to retreat into the cooled compartment. We’d place our chocolate bars in the air vents so we could eat it in its solid (and not melted) form!”

On 23 September 2011, Chris was travelling in a convoy of Bushmasters and little did he know at the time, but this one-day mission would go on to change the course of Chris’s life. While travelling along a stretch of road, his vehicle struck an IED, “I remember this almighty explosion and then complete darkness before I was knocked unconscious.”

Chris was returned to the hospital for assessment and was then medically returned to Townsville, and then Canberra. He suffered soft tissue injuries and lacerations to his face, a fractured neck and vertebral disc desiccation, and experienced a traumatic brain injury that needed 12 months of speech therapy.

Chris said of the experience ‘My trauma wasn’t caused by the experience of being blown up but rather, from the irrational thoughts of becoming a paraplegic when I was laying in the rescue helicopter. Also, I didn’t complete the mission and see my soldiers back to base. Facing that reality was difficult.”

Despite his experience, Chris remained in the Army and joined the Australian Federation Guard; a ceremonial unit made up of members from the Royal Australian Navy, Australian Army and Royal Australian Air Force. In this capacity, Chris was the proud Commander of the ANZAC Day Dawn Service in Villers-Bretonneux, France in 2013. In 2014, he started training future officers at the Defence Force Academy in Canberra, and then in Puckapunyal, on leadership and military skills, never missing an opportunity to sing the praises of the Bushmaster. In parallel, Chris started advocating strongly for mental health issues within the Defence Force and for this work, earned the Chief of Army’s Jonathan Church Good Soldiering award.

After leaving the Army in 2017, Chris has continued to serve the community through his work as a firefighter in Melbourne as well as a Reservist at the Melbourne University Regiment where he provides training on Bushmaster and IED threats. Chris has a strong passion for serving the community and its people, and continues to advocate for the mental health of emergency services personnel. 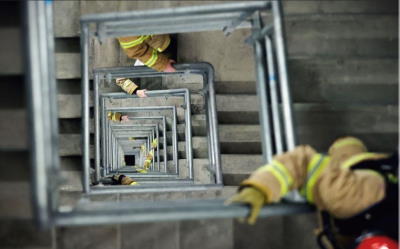 For the last three years, Chris has participated in the Melbourne Firefighter Stair Climb Challenge, an event where emergency services personnel step up to fight depression, post-traumatic stress injury and suicide.

This year, Chris joined 600 firefighters and other emergency services personnel in climbing 28 floors of the Crown Metropol Hotel while wearing 25 kgs of turnout gear and breathing apparatus. Chris practically flew up the stairs, reaching the top in a mere six minutes. He also received the Highest Fundraiser Award, raising over $21,000.

To date, Chris has raised over $55,000 for mental health and has dedicated his ‘second life’ to raising awareness about mental health issues in emergency services personnel.

Read more about Thales Australia’s commitment to veterans and their families here.