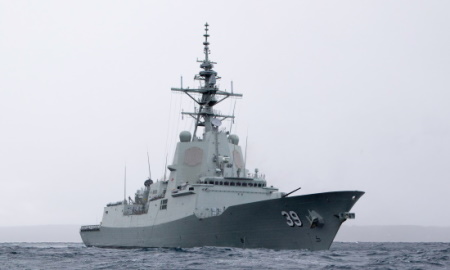 Congratulations to the Above Water Syestems Guided Missile Destroyer (DDG) Team for being recognised for the success of the DDG 1MC Blackspot Remediation Project.

‘1MC’ is the name of the main broadcast system on board the Hobart Class DDGs, like a public announcement system, used to transmit information, orders to all ship spaces and most importantly, also used to alert personnel of safety issues such as fire incidents and toxic hazards.

Navy identified ‘Blackspots’ in the audible coverage of the Main Broadcast system in the DDG, a critical safety issue, as Command and Control broadcasts were inaudible in multiple compartments throughout the ship. The Destroyer Enterprise delivered a complex Engineering Change to address this issue at a speed that exceeded all customer expectations. The overall project was estimated to be 18-24 months duration; however, was delivered on budget in only six months reducing a significant safety risk to the ship’s company. 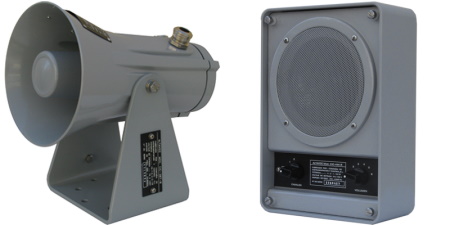 Thales’s Neelan Koovarjee,  Deputy Combat System Portfolio Manager, DDG MC and David Pringle, Combat System Maintenance Engineering Lead received personal recognition at the DDG Clear Lower Deck Commendations for their exemplary performance for the 1MC Blackspots Engineering Change they were involved with (successful installation of the 1MC solution). Neelan and David were proud to accept the award on behalf of the Thales team, which also included the Production team for HMAS Hobart’s Ship Refit Availability as well as Electrical and Structural Design Teams within AWS.
Neelan and David were commended for their “significant efforts which have directly contributed to the Destroyer Enterprise performance in delivering seaworthy DDG platforms whilst improving the material state of the fleet at the same time.”

The Project was also a Finalist in the 2021 Thales Australia Gala Awards and nominated for the BAE’s Annual CEO Award.

Neelan said, “The biggest challenge for me was coordinating so many stakeholders within the DDG Enterprise (Raytheon, Thales, BAE, RAN / Commonwealth), performing a review of the engineering deliverables in a short space of time, and quickly identifying areas of risk that needed to be resolved before the design could be approved. I was also communicating regularly with the customer (RAN) to report on progress and issues that needed to be resolved together.”

Without the team’s efforts, the upgrade to the ship would not have been possible in this timeframe and the critical safety upgrade being delayed. 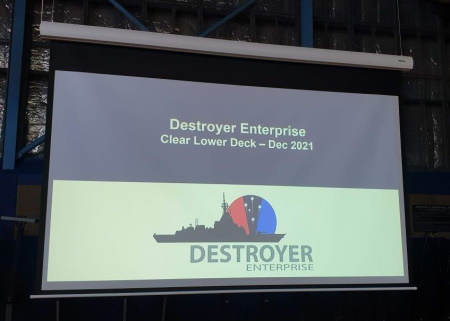 Positive feedback from Hobart was received immediately after implementing the Engineering Change. LEUT Jeffrey Mandryk, HMAS Hobart Deputy Weapons Electrical Engineering Officer (DWEEO) said, “I just wanted to say thank you again for all the work that went into the 1MC upgrade. Just wanted to communicate how much of a positive impact this change has had on the ship!” LEUT Thomas Robertson, Combat Engineer Destroyer Group said, “It’s rare to get such positive feedback so immediately, no doubt we will hear similar things from Sydney and Brisbane following their upcoming installs. I wanted to pass on our thanks for the work you and your teams have done in achieving this outcome.”

Above Water Systems is proud of Neelan, David and the team for achieving this outcome and the work they do to help our Navy keep Australia safe.