About Future Martians and MARSBalloon 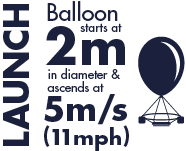 MARSBalloon is an exciting project for school students and science clubs to carry out Mars-analogue science experiments without having to put on a spacesuit!

Our balloon will carry over 100 student experiments to an altitude of 30km, more than twice the height of commercial airliners, where they will be above 99% of Earth’s atmosphere. Along the way they will experience conditions very similar to the surface of Mars including temperatures of -50°C, pressures 1/100th that of sea level and an increased radiation dose.

This allows students to test the response of electronics, materials, plants and even food to the conditions outside of a future Mars base, helping future explorers to prepare for this strange and hostile environment. The whole flight lasts approximately four hours and the MARSBalloon team will chase after the balloon to recover the experiments after landing, allowing them to be returned to the students for analysis.

The MARSBalloon project is supported by Thales UK and run by enthusiastic STEM supporters from Thales Alenia Space, that will test student ideas for technologies that could one day be destined for Mars.

The aim is to test anything that humans or robots will be doing on Mars in the future.

This project is open to any school in the UK. There is no cost to take part in the project other than that of experiment materials and postage.

In June 2021 we plan to launch over 150 experiment capsules on high altitude balloons 30km up into the Earth’s atmosphere, a place where conditions of gas pressure, temperature and radiation are very similar to the surface of Mars.

The objectives of this project and the benefits for your class and club by participating are twofold: 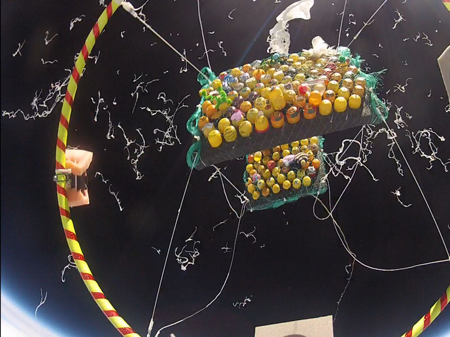 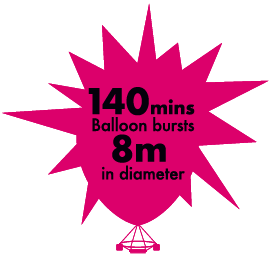 28th May 2021: Deadline for experiment delivery

[Please note launch times are weather dependent. The timetable assumes no major school closures, and may be revised during the year]

By registering your class or club to take part in MARSBalloon you will be reserving at least one experiment for a future flight. See the FAQs for more details on registration.

Please read the information pack which contains everything you need to know to get your students to make Mars experiments that can fly on our balloons, including:

Using the information pack your students can work to together to create Mars experiments, that fit inside a Kinder Egg™ capsule, which you post to us so we can include them in the launch. Previous examples of experiments include testing the effect of Martian conditions on rubber bands, ink, memory sticks and 3D printed materials.

During the launch the balloon will ascend to 30km in approximately one hour where it will burst and the experiment tray will return to Earth via parachute. We will then collect the experiments and return them to your school for your students to analyse the results.

Pictures and video of your experiments in flight will be made available soon after landing. 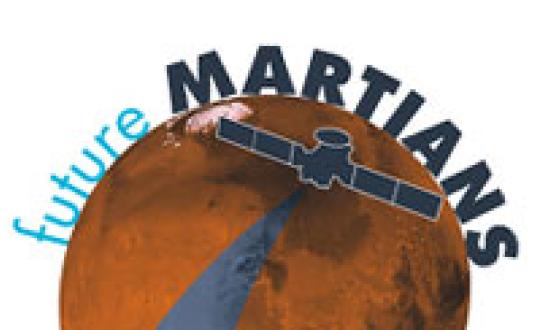 Registration does not represent any form of commitment on behalf of the school but is required for us to send you important information about the flight. Participation in MARSBalloon does not require an entry fee.

Please note that if you are a UK school student who is interested in this project please get your favourite teacher to register for you. We are only allowed to talk to members of staff at your school.

In accordance with the UK data protection act this information will be used in the context of the MARSBalloon project only and will not be passed on to third parties or used for any other purpose. 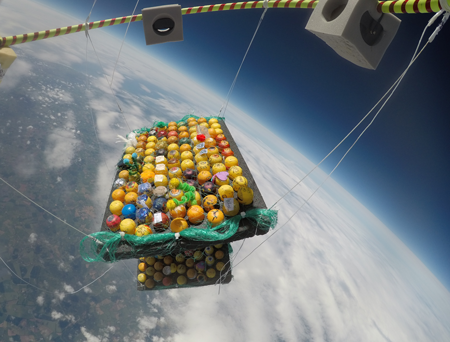 MarsBalloon 2019 was the largest yet and most successful yet! An upgraded balloon and a new double-tier experiment tray saw a launch of 166 experiments from 76 schools and clubs. The balloon reached a max altitude of ~32.5km before bursting and parachuting back to earth and thankfully not landing in a tree. 2019 also saw the introduction of six awards in four categories:

Yet again the imagination and ingenuity of the submissions was outstanding which made choosing winners the hardest task of all. There was everything from yeast, solar cells, seeds, slime, toothpaste, SD cards, glue, butter, popcorn, medicine and batteries – all must-haves for life on Mars!

Need some inspiration? These are the winners of last year's awards in each category. Each winning school received from us a book and a portion of a meteorite, their own piece of space to keep.

Happy in Home (homeschool). Their Link delighted our team!

Although a simple experiment, we were impressed with the write up this school provided, which was very well thought out and presented.

Health care in space can be a difficult issue, and this is one of the very first submissions we have received dealing with this topic.

This school wanted to check whether the changing atmospheric conditions would affect CuSO4 crystalisation process, which could affect the way salt solutions are stored and used on Mars. Our VIP chose this one.

This school investigated whether solar cells may be affected by changing UV levels by using LEDs with different switch on voltages to check whether they turned on at different points in the flight. You can see the LEDs pointing directly at the camera in the flight video.

The effects of the flight on seeds is always a popular choice. This school took it further, and sent seeds so they could compare any difference in the rhizobium in the nodules, which is key in nitrogen fixation in the soil. You can actually follow their write up here on Twitter. 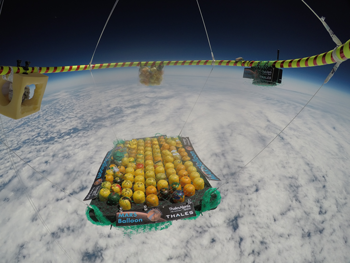 MARSBalloon 2018 broke all previous records with over 120 experiments being launched and 45 different schools taking part across the UK. The 2018 mission brought the cumulative total of experiments launched by the MARSBalloon project to 500 over the previous 5 years.

The 2018 launch saw school children unleash their imaginations, sending in an ‘out-of-this-world’ selection of experiments that ranged from seeds, maple syrup, camera film, sea monkey eggs, slime and baby food, to glow sticks and human cheek cells. Each experiment tested an everyday item in ‘Mars-like’ conditions, and was available for analysis by the pupils, once the experiment tray parachuted back to Earth and the capsules were returned to their schools. 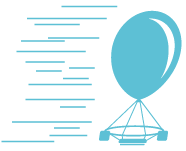 Firestar, named after the ancient Chinese name for Mars, was the fifth MARSBalloon mission launched into the stratosphere at noon Wednesday the 17th June 2015. On board were 80 Mars science experiments from 42 primary and secondary schools from around the UK.

The balloon reached 31km altitude over a two hour flight where the experiments were exposed to temperatures as low as -50°C, pressures 1/100th that of sea level and increased levels of radiation all of which are very similar to the surface of Mars.

The 80 experiments launched on Firestar brought the total number of science experiments flown by MARSBalloon to over 350 over the course of three years. On this flight some of the standout experiments include tests of Mars-like conditions on Sheep’s eye balls, UV florescent slime, photochromic paper, smoke matches, magnesium ribbon, toothpaste, enzymes, algae, live plants, sea monkey eggs, antibiotics and several electronics sensors including light and UV.

You can see Firestar's flight below: 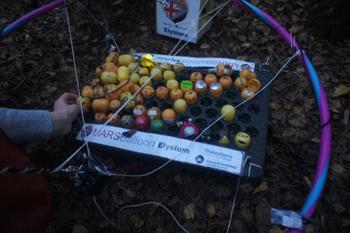 Elysium, named after the second largest volcanic region on Mars, was launched on Sunday 26th October 2014.

The mission had 55 Mars science experiments on board from 33 UK primary and secondary schools. They were flown up in a specially built tray to 31,240m in altitude where the conditions of pressure, temperature and radiation are nearly identical to the surface of Mars. At maximum altitude the balloon burst and the tray and experiments descended by parachute to the ground for a landing in Bramshill Forest.

This launch follows a previous MARSBalloon mission, named Tharsis after another volcanic region of Mars, which successfully flew in June 2014 with 80 experiments from 30 schools.

The experiments recovered from Elysium were returned to the students who made them.

To see what happened on the ground watch the following video…

…now to see what happened in the air watch this:

Registration for MARSBalloon 2021 is now open! Sign up here! 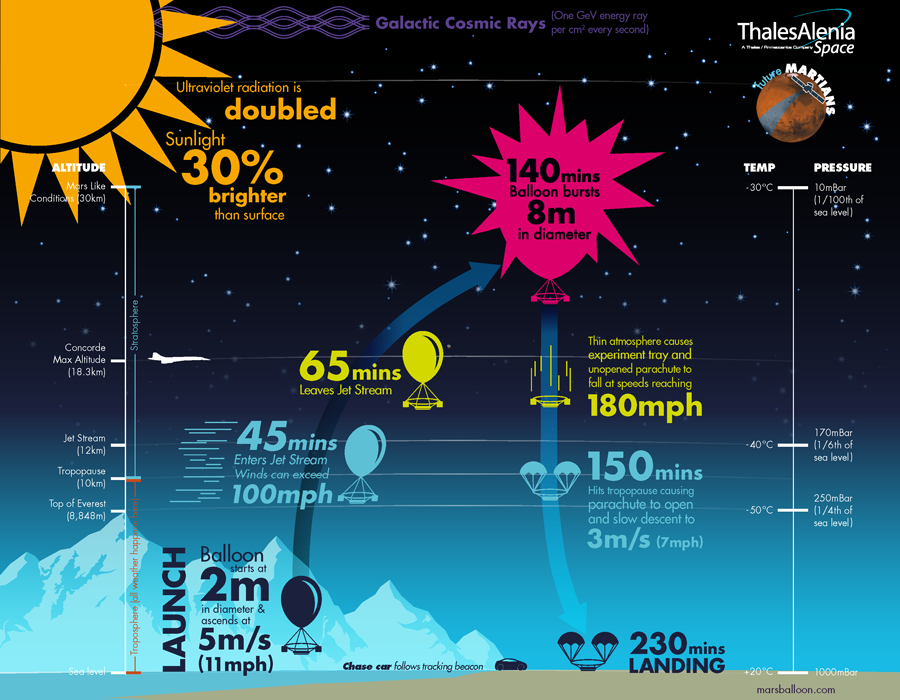 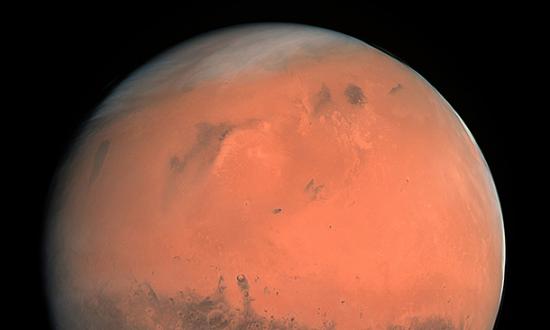