From Ulm into orbit

This decade is seeing a new “space race”. Since SpaceX first showed that a private space company could be drastically reduce the costs for space flight projects, many possibilities have suddenly opened up for new applications. Broadband access for all, exploration at the edge of our galaxy, and above all, access to resources from the planets which surround us. As in the 1960’s this is once again sparking enthusiasm for the unlimited expanse of space in the hearts of dreamers and visionaries. Although this is a place for dreams, it is one which is based on the results of a large number of manned and unmanned missions, continuous research and technological progress.

These space missions have, and continue to deliver valuable data and knowledge about our universe and our neighbouring planets. What is amazing is the fact that these data and images come to us from enormous distances. Many space probes travel for billions of kilometres: the New Horizon probe travelled for eight years to reach its mission destination. The fact that these signals reach us at all is due to a sophisticated technology. For example, travelling wave tubes amplify weak signals and enable signals to be transmitted over vast distances. They are used for example in radar equipment, for satellite communication or radio astronomy. Since the 1950s, Thales has produced travelling wave tubes, including at its facility in Ulm in Baden Würtemberg.

On the occasion of today’s Space Research Day  (20th July 2021) we would like to present some of the space missions in which these wonderful little helpers from the Thales facilities in Ulm and Velizy (France) have, or will participate. Look forward to a few surprises.

Its similarity with the Earth makes Mars especially interesting to researchers and is the target of many missions and visions for the future. Due to the inclination of its axis of rotation, the planet has seasons, just like the Earth. Thales travelling wave tubes have been used on over seven missions since 1996, including on the space probe Mars Global Surveyor, which documented the phenomenon of seasons for the first time. The Mars Reconnaissance Orbiter which started in 2006, is searching for evidence that there was water on the surface of Mars for a prolonged period of time. Although other missions to Mars have shown that surface water existed during its history, it remains a mystery as to whether the water existed long enough to provide an environment for life. In 2011 saw the start of the Mars Science Laboratory (Rover Curiosity). The mission is intended to resolve the question of whether Mars currently or previously had life. For this, the rover is examining rock samples for microbes. The joint project with the ESA and the Russian space agency ROSKOSMOS, ExoMars, is also dedicated to the search for life on Mars and consists of two missions. The first mission, which started in 2016 contained the Trace Gas Orbiter (TGO) and Schiaparelli, a demonstration module for entry into the atmosphere, descent and landing. The start of the second mission is planned for 2022. It contains a rover and a platform to examine the surface.

...of our galaxy and the universe have much more to offer than just Mars. Travelling wave tubes are involved in missions to our sun, Mercury, Venus, Jupiter, Saturn and various asteroids and dwarf planets, or assist communication for research of the universe in general. On the BepiColombo alone, eight small travelling wave tubes are on the way to Mercury, the smallest and least researched terrestrial planet in our solar system. On its arrival on Mercury at the end of 2025, the research probe will be subjected to temperatures of more than 350°C and will collect data about the surface structure and composition, radiation, particles or the magnetic field during its mission.

In 1997 the Cassini-Huygens mission started its journey to Saturn with travelling wave tubes produced in Ulm on board. The coupled probes Cassini and Huygens orbited the ringed planet Saturn and its moons and produced key data for research of the Saturn system and the characteristics of gas planets in our solar system. The Huygens mission ended with a landing on Titan in 2005. The mission of the Cassini orbiter was extended several times until it finally ran out of fuel and vaporised with a planned entry into Saturn’s atmosphere in 2017.

The New Horizons mission, which started in 2006 aims to contribute to our knowledge of the planets at the edge of our solar system by approaching the dwarf planet Pluto for the first time and travelling onward deep into the remote and mysterious Kuiper Belt, a relic from the creation of the solar system. The first images have surprised scientists with highly varied and mysterious rock formations and structures.

The Solar Orbiter probe has orbited the sun for more than a year new. Scientists are hoping for answers to questions such as: What determines the 11-year solar cycle, which causes its magnetic activity to rise and fall? What heats up the upper layer of its atmosphere, the corona, to millions of degrees Celsius? How is solar wind produced? What accelerates solar wind to speeds of hundreds of kilometres per second? What effect does this have on our planet?

The infra-red space telescope JWST (James-Webb Space Telescope) with mirrors over 6 m in diameter - a joint project of the space agencies NASA, ESA and CSA - is intended to supplement and extend the discoveries of the Hubble space telescope. Because of its longer wavelengths, the JWST can observe the beginnings of time in even greater detail, research the unobserved formation of the first galaxies and penetrated into dust nebulae in which stars and planetary systems are now being created. Side-Fact: The Herschel Space Telescope, which is also equipped with Thales travelling wave tubes was also in a Lagrange L2 orbit during its mission, before it was shut down in 2013 and put into a “graveyard orbit”. The cutting edge infra-red detectors provided the first evidence of oxygen molecules in deep space in the Orion star creation complex.

Especially for deep space applications, travelling wave tubes will continue to form the backbone of research missions, not least because of their robustness and efficiency in comparison with semiconductor amplifiers (SSPA). For example, the two Voyager probes, which were launched more than 43 years ago to explore interstellar space, are still regularly transmitting data back to Earth. Thanks to the travelling wave tubes on board, this data travels more than 22 billion kilometres (Voyager 1) and provides us with important knowledge and images of all of the outer planets. Travelling wave tubes are used in terrestrial surveillance satellites and bring an unending flow of data to the ground control centres on earth for our daily life and weather and environmental forecasts. Travelling wave tubes are an important component in telecommunications and navigation. New challenges in the various fields of application described above also require new developmental innovations of this "old” technology.

Even though travelling wave tube technology is of a ripe old age, its reliability it has made essential contributions our knowledge of space and to space research. Let us not just celebrate space research but also the brains behind these missions and technologies. Let us take you on an intergalactic journey. Let yourself be captivated! 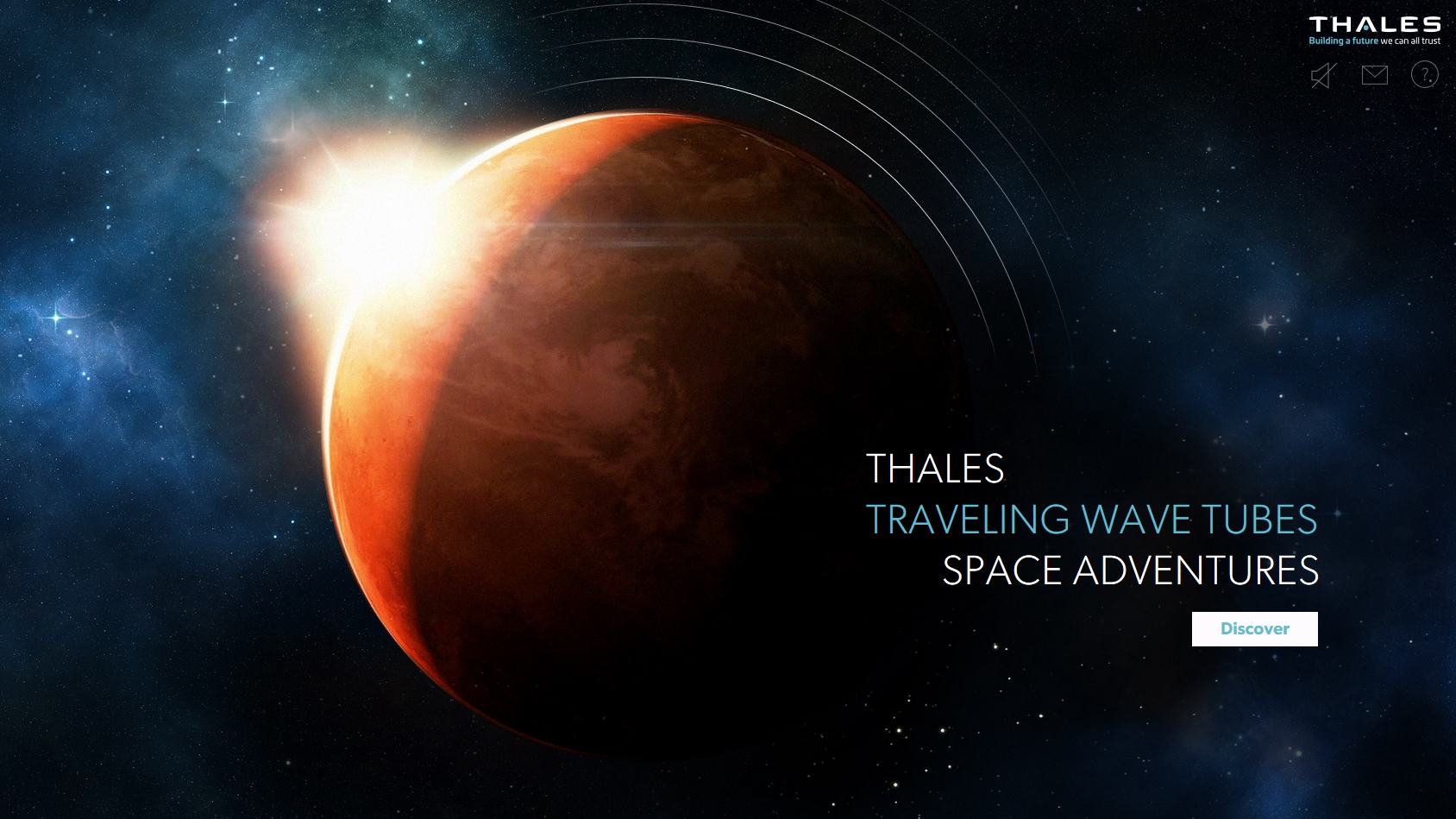 … After the Second World War, AEG Telefunken expanded the Ulm location to the headquarters of its tubes segment. In 1964, a special travelling wave tube for mobile military use of microwave radio relay technology was presented. In the same year, the development of radio tubes for satellites started. The requirements are huge: The components must withstand high accelerations, vacuum and extreme temperature – and cannot be replaced in case of faults. For safety reasons, a redundant tube set is provided. The big day came ten years later: A NASA Delta rocket carried the first four travelling wave tubes from Ulm into orbit with the Franco-German experimental satellite Symphonie 1. After more than 70,000 operating hours, the satellite was shut down in 1983. The replacement tubes were not needed. The premiere was a success. However, travelling wave tubes are not the only innovations which are developed and produced in Ulm. In 2023 we will send our electrical satellite thruster HEMP-T into space for the first time on the German H2sat GEO satellites. There it will be responsible for attitude control. Further developments of the thruster enable applications with many configurations as the central electric drive for orbit transfer, attitude control, and transfer from the operative orbit when the satellite reaches the end of its useful life.

You can also read our exciting article on the subject of space exploration and which technologies from Thales support it. 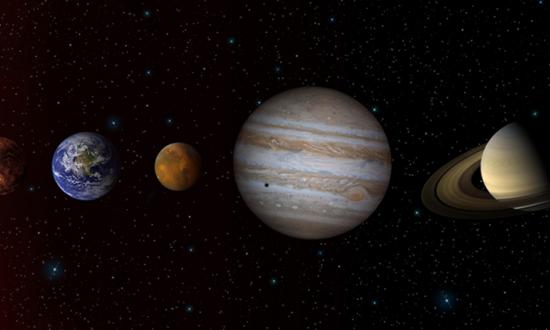 Space to Explore
Find out more