Situational awareness in the battlefield is critical to maintaining tactical advantage. Yet the increasing pace of technology is constantly challenging this advantage. The growing number of Unmanned Arial Systems (UAV), in particular, is significantly contributing to shifting battlefield supremacy.

The latest member of the Thales ground surveillance family, the Ground Observer 20 Multi-Mission (GO20 MM) brings a new dimension of detection for force camps, units on the battlefield or a column on-the-march. Featuring 360° 3D detection it can track and automatically classify a full threat spectrum - from UAVs in the low-level airspace to insurgents by foot, armed vehicles or helicopters in the upper level airspace – with one single mode.

On the battlefield, every second counts. Early detection of a wide variety of threats is critical to enact effective counter strategies and ensure armed forces protection. The increasingly ubiquitous presence of UAVs on the field, however, significantly challenges the ability to maintain situational awareness. Of different shapes, sizes and speed, armed or unarmed, deployed alone or in swarms, these unmanned systems have the ability to saturate or blind side armed forces defences.

In order to offer a full spectrum of force protection, Thales has developed the GO20 MM. Featuring a permanent 360° coverage, to detect threats in every direction, and a single mode for surveillance of both ground and lower airspace targets - up to 13,000 ft and 15km - the GO20 MM provides armed forces with a 3D protection bubble.

Fitted with detection, classification and tracking capabilities, the GO20 MM also facilitates quick and efficient decision-making. Through a clear, simple interface on the operator laptop, armed forces can easily and quickly recognise a threat, wining decisive seconds over adversary forces.

Whether seeking to protect their camp, airbases or critical infrastructure, or carrying out forward area reconnaissance missions, armed forces must be able to secure and protect their operating space.

Because it features two sensors in one - for ground and low flying targets - and thanks to its compact size, the GO20 MM is easily transportable and deployable. In 5 minutes, two soldiers can set it up wherever it is needed most, whether on a mast or for off-board operations. Similarly, they can quickly redeploy it to another area if the mission requires it.

Autonomy is critical on the battlefield. Armed forces operate missions regularly in areas where the power grid or additional infrastructure are non-existent. As such, surveillance assets must feature high levels of energy autonomy to ensure seamless situational awareness.

In a standalone mode or as part of a larger system of surveillance and protection, the GO20 MM is easy to integrate into any C2 system, enabling the fast exchange of classified data for the latest recognized air picture and providing those decisive seconds for reaction time.

Click here, if you wish to discuss further
The Ground Observer 20 Multi-Mission (GO20 MM) is a single mode multi-mission radar for continuous 360° 3D detection, tracking and automatic classification of the full threat spectrum. From UAVs and helicopters in the low- level airspace, to insurgents by foot or armed vehicles– simultaneous detection of all threats. 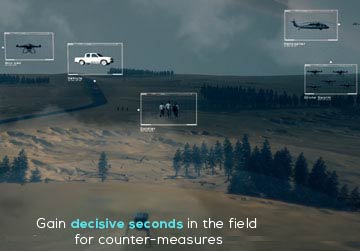 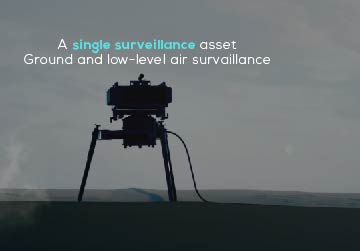 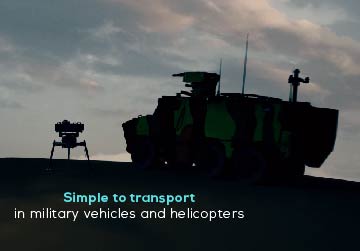 The Ground Observer 20 Multi-Mission (GO20 MM) is a single mode multi-mission radar for continuous 360° 3D detection, tracking and automatic classification of the full threat spectrum. It provides our forces with a new dimension of situational awareness. ...