For decades, HF radio has been the mainstay of long distance military communications, complementing VHF and UHF transmissions. However, as armed forces move to network-centric communications architectures based upon IP communications, narrowband HF, with its older technology and bandwidth allocation (3 kHz channel) constrains its data rates (up to 9,6 Kbps) and networkability. This limits narrowband HF to being a “choke point” for an IP based network architecture.
HFXL (ratified STANAG 4539H) is the most recent innovation in 4th Generation HF communications, enabling robust networkable wideband HF data rates of up to 120 kbps.

Unlike its predecessors, a generic gateway between HF and any IP application means that there is no limitation in the type of IP flow that can be served, for instance, TCP as well as UDP in full duplex. In addition, it is compatible with IP cryptographic equipment as well as offering a Quality of Service (QOS) as one of the pillars based on the DSCP filed of the IP packets.

How does the HFXL waveform work? 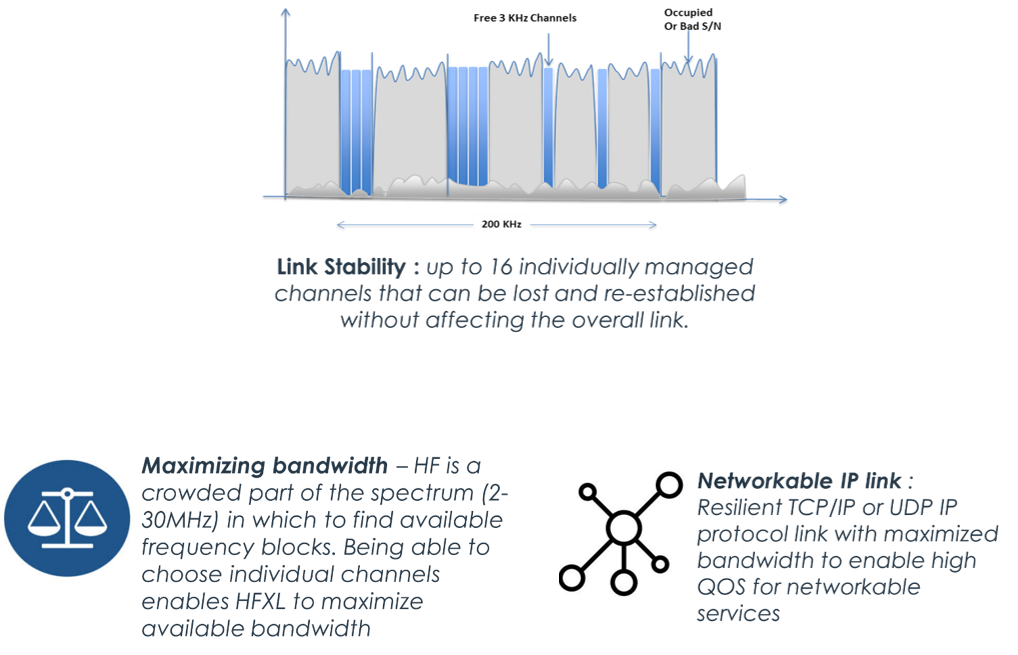 To enquire about our solutions, please use our dedicated contact form.