A Thales laser has been operating on Mars since Aug 2012

In 2012, Curiosity rover landed on Mars equipped with the first high-power laser to operate on the surface of another planet, a laser designed and developed by Thales for the ChemCam instrument. The ChemCam laser has been operating faultlessly for over eight years and has fired more than 855,000 shots at the surface of the Red Planet. Data from ChemCam has already helped to prove that conditions on Mars were once suitable for microbial life. 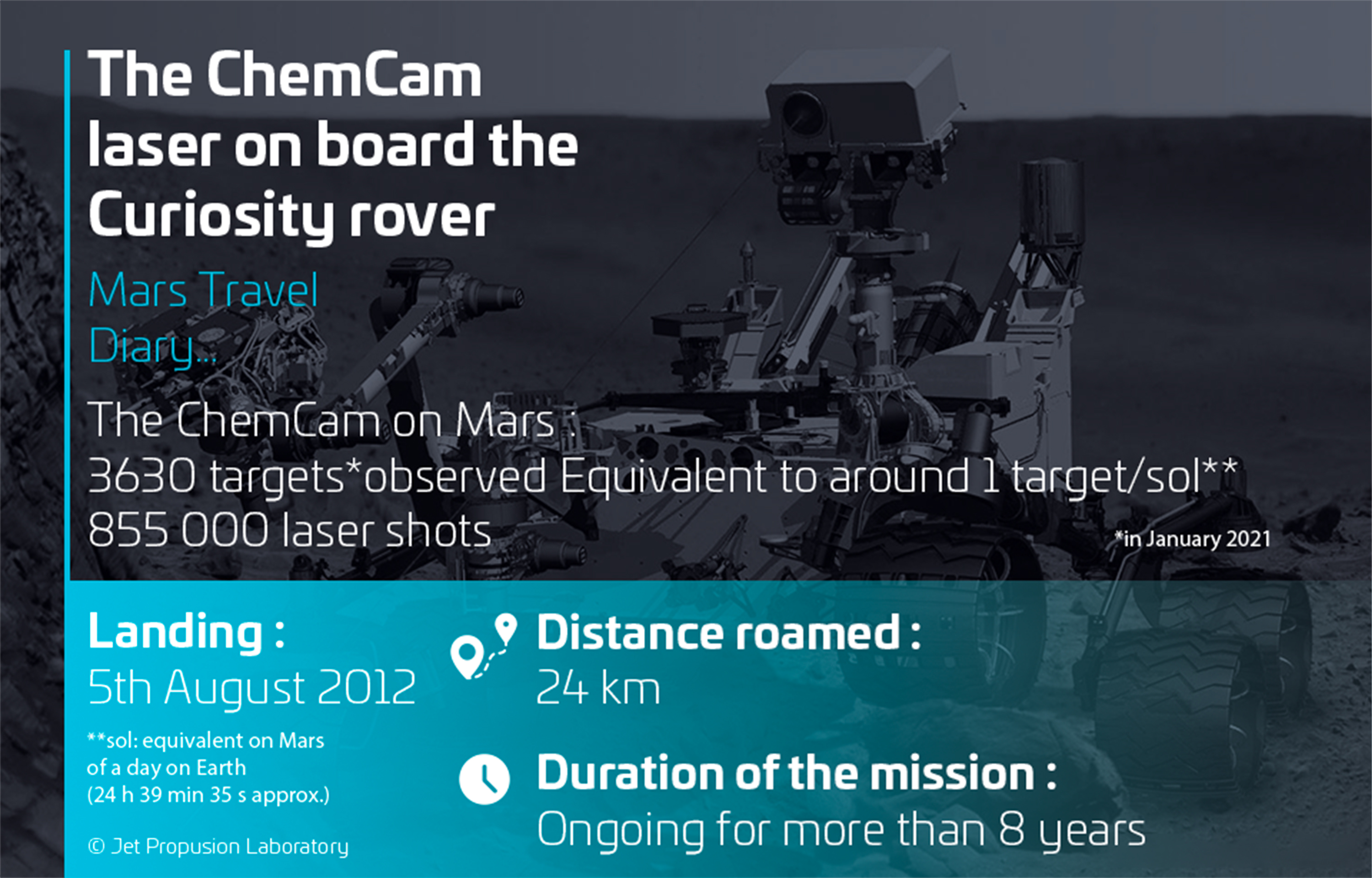 Filled with pride and amazement, everyone at Thales along with everyone at NASA, CNES and IRAP, watched as the Perseverance rover landed successfully on the surface of Mars on Thursday, 18 February, 2021 at 20:58 UTC — a decisive if daunting moment in NASA’s Mars 2020 mission.
Perseverance joins Curiosity, which has been operating on Mars for over eight years. The laser on the new planetary rover's SuperCam instrument will work in conjunction with the ChemCam laser on Curiosity. Two feats of technology from Thales are now on Mars, about 3,000 km apart, both searching for signs of past life!
The SuperCam instrument, a new and more powerful version of ChemCam, is designed to take Mars exploration to a new level. Like ChemCam, the SuperCam laser will use an infrared beam to heat material to a temperature of around 10,000°C and vaporise it — a method called laser induced breakdown spectroscopy. Coupled with a special camera, this makes it possible to determine the chemical composition of Martian rock samples by measuring the colours of light in the plasma created. 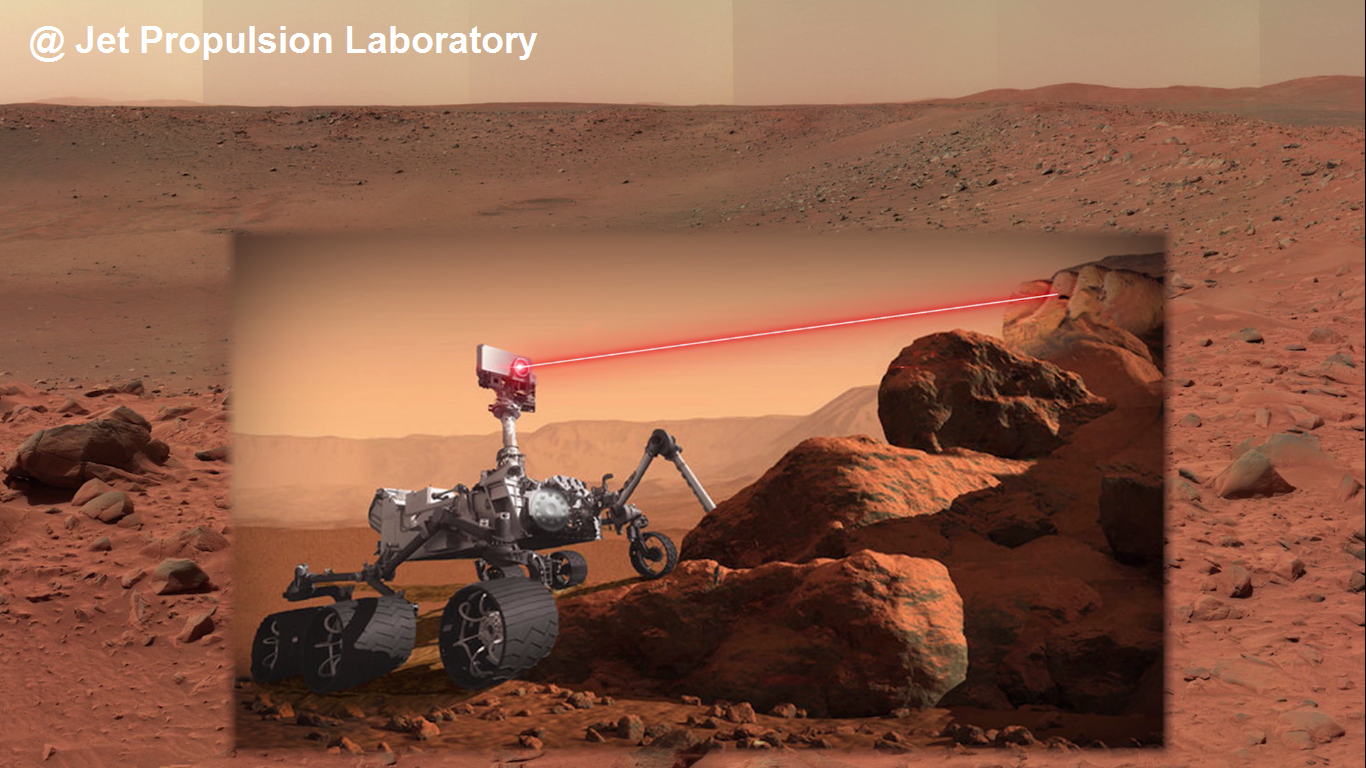 Unlike ChemCam, however, the SuperCam laser can also emit a green laser beam, which will help determine the molecular composition of surface materials. This green beam excites the chemical bonds in samples and produces a different signal according to their various linked components. This analysis technique, known as Raman spectroscopy, will be tested for the first time on Mars and will enable scientists to detect any markers of life. The green laser will also be used to induce fluorescence in mineral and organic compounds, allowing scientists to determine their constituent components with greater accuracy. 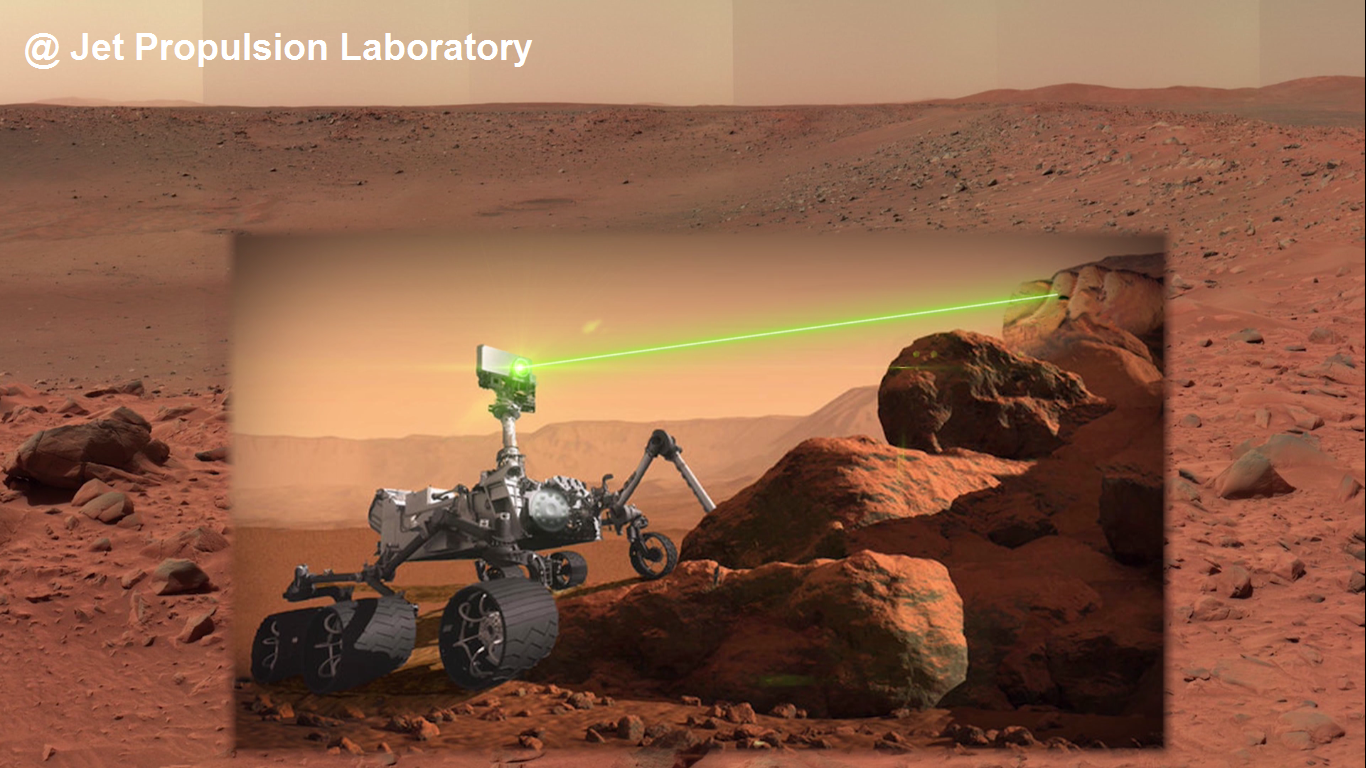