Thales has partnered with the NHS to trial a ‘smart scanner’ that combines thermal imaging and artificial intelligence to take medically accurate temperature readings. It could be a game-changer for hospitals and public places in the fight against Coronavirus.

As the pandemic made its way across the globe earlier this year, engineers at Thales rolled up their sleeves to help in any way they could. In particular, they knew they could use their expertise with thermal imaging to create a scanner that could detect whether someone might have the fever that’s a hallmark symptom of the virus.

So Thales have paired thermal imaging with artificial intelligence and the technology behind facial recognition systems. This has resulted in a ‘smart scanner’ that can focus on specific areas of the human face that give the most accurate reading. Trials with the Queen Elizabeth University Hospital in Glasgow have proved extremely encouraging.

‘The key to successfully using thermal imaging against Coronavirus, is that it needs to be extremely accurate – and we think we’ve cracked that,’ says William Alexander, technical director of Thales Optronics.

In the NHS trials, clinicians took temperatures of one hundred patients with both the smart scanner and an ear thermometer. This has revealed the pattern the scanner needs to look for to accurately determine a person’s temperature from their face.

However, we know temperature testing can be one of a range of measures to detect high temperature but it will never be perfect as medical studies show that temperature distributions of healthy and fevered people form two bell curves that overlap. An overlap between “Healthy” and “Unwell” populations means there will always be false alarms (a well person being sent for further testing) and missed detections (a sick person being allowed to proceed and infecting others).

And because the system gets smarter as we scan more people, it’ll get more accurate over time. ‘There’s even the potential to be more accurate than traditional thermometers,’ says Alexander. 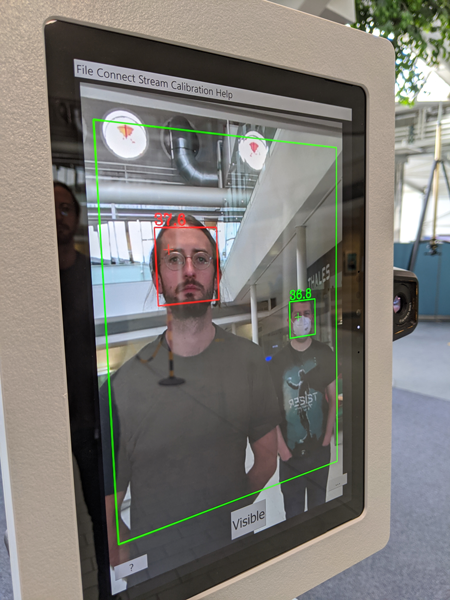 Andrew Musgrave, Director Civil Markets Business Development at Thales, has been heading up the work   “It is a real team effort”, notes Andrew, “Thales has 130 years of optical experience, with fifty of that at the forefront of Thermal Imaging.  Pair that with our leading facial recognition software, our AI algorithm work and then bring in the clinical excellence and requirements of the NHS and we have a real dream team to address the needs of this pandemic, and the future.”

It’s lack of accuracy that’s meant most industrial units that were rushed to market early in the pandemic have proved ineffective. Typically used for things such as scanning for fires or detecting intruders, these systems just fail to spot many who might be infected, while stopping too many who aren’t. These systems also need a ‘reference heat source’ constantly in view in order to calibrate – meaning that as well as being inaccurate, they’re expensive and difficult to set up and maintain. Limitations had even led the Government to question whether thermal imaging was even worth pursuing in the fight against Coronavirus.

A game-changer for public spaces and localised response

The Thales smart scanner makes thermal imaging cutting edge, and could well be a game-changer for public spaces where there’s the need to check large numbers of people quickly.  One of Thales’ leading systems design engineers, Iain Carrie, has been working on applying software algorithms to the system to address many of the use case issues.

Currently, the only way to be thorough is to take people’s temperatures individually – which is slow, inconvenient and risky, as it requires relatively close contact with potentially infected people. 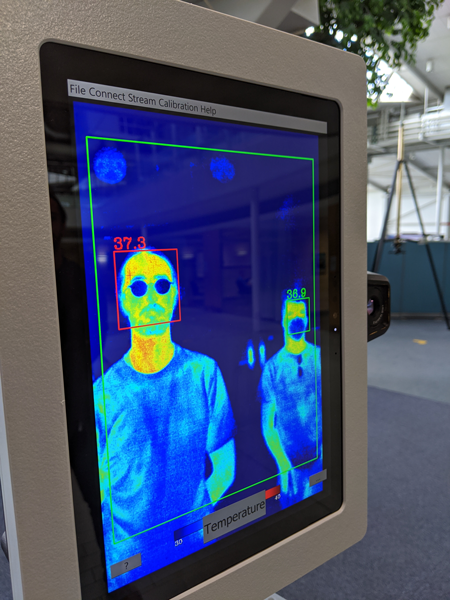 But the Thales smart scanner can scan multiple faces at the same time and uses image recognition algorithms which work out what is a face and what isn’t.  It then further looks to find the right part of the face which gives the most clinically accurate reading with regards to thermal signature.  And what’s more it is as quick as unlocking your smartphone with face recognition, and as unobtrusive as walking through a metal detector.

And the results can also be monitored at a safe distance – or even potentially be incorporated into existing security systems and done remotely – and anyone running a temperature can be identified and given further tests.

The smart scanner could also prove to be a useful part of targeted responses to localised spikes in infections. It would be possible to get smart scanners out to areas that need them really quickly and easily.

‘The cameras we use are just normal commercially available ones. The real magic happens in the software – bringing together Artificial Intelligence and the power of facial recognition,’ says Carrie. ‘That means the scanners are cost-effective, totally portable, and they don’t need specialist technicians to calibrate or operate. It’s as easy as setting up a webcam and firing up an App.’

The power of early warning

And the fact that the smart scanners are digital offers even bigger opportunities. It means there’s the possibility of gathering ‘big data’ from many scanners, and finding patterns that might not be noticeable otherwise.

‘And whether it’s the fight against Coronavirus – or even other illnesses – the smart scanner could give us the opportunity to be constantly ‘taking the temperature’ of a population as simply as we measure other things such as air pollution or traffic flow.

‘That means the smart scanner could give us an ‘early warning system’ for regions or even nations. Which really would be a game-changer,’ concludes Andrew Musgrave. 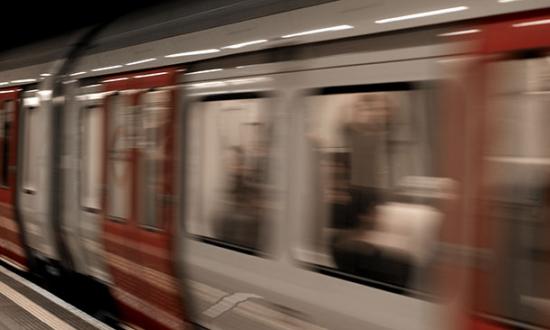 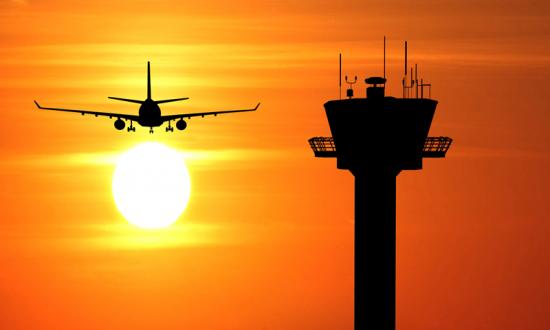 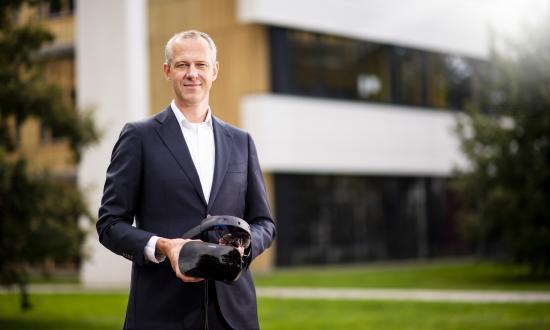