One hundred years of unbroken supply to any customer is an incredible achievement. In this era of intense competition, it is all the more impressive when the record is also one as a sole supplier. 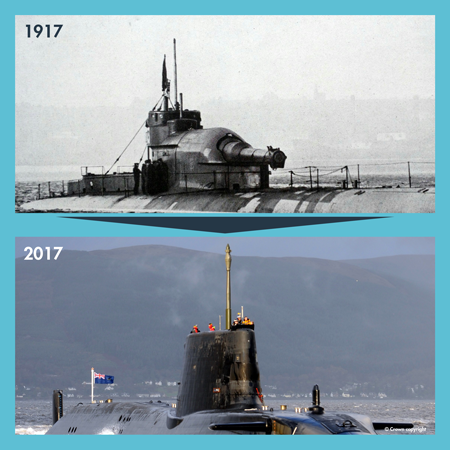 The 25th of August 1917 was the day on which Thales officially delivered its first submarine periscope to the Royal Navy. Prior to that, in December 1915, Commander S.S Hall of the Royal Navy had approached Glasgow based Barr & Stroud Ltd, now part of the modern-day Thales UK, to investigate the feasibility of integrating an optical rangefinder into a periscope. As the UK’s leading supplier of military rangefinders, the Company rose to the challenge and within 7 months had built a fully-functioning mock-up. That led to their first contract for a quantity of 6 FY1 periscopes being placed on 15th September 1916. According to company records, one of those first periscopes was shipped via Liverpool to the US Navy in New York in May 1918.

The very first periscope, FY1 Serial Number 1, was fitted to HM Submarine M3 which was then based at Rosyth Royal Dockyard. One hundred years later, Thales still has a strong presence in Rosyth through its involvement as a leading partner in the QEC Aircraft Carrier programme for the Royal Navy.

In the years between WW1 and WW2, Thales significantly expanded its global customer base to include countries such as Denmark, Greece, Latvia, Netherlands, Norway, Poland, Portugal, Spain, Sweden and Yugoslavia. The Baltic Fleet of the then USSR also became a customer of Thales although the political scene has changed somewhat since those days in the 1930’s.

La Marine Nationale (Forces Sous-Marine) in France was supplied with over 80 periscopes during the 1920’s/1930’s. These were built under licence in France and initiated a relationship which continued through WW2 with the supply of periscopes for the Free French Government. Even back in those days, international industrial collaboration was clearly a strong point for Thales. 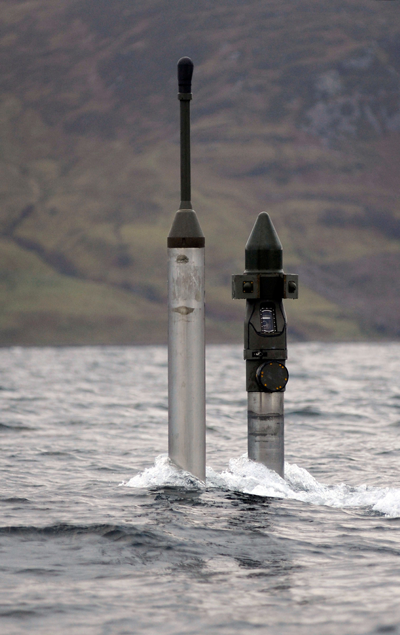 Post WW2 and with the advent of the Cold War, submarine operations highlighted the need for periscopes optimised for surveillance and intelligence gathering although the opto-mechanical technology used in the periscopes really didn’t differ much from those used in the preceding 50 years. Innovations introduced in periscopes such as those of the Oberon Class submarines of the Royal Navy, Brazil, Chile and Canada included basic night vision and Electronic Warfare sensors.

With the advent of the electronic age, during the late 1970’s Thales introduced Thermal Imaging sensors and Laser Rangefinders to Royal Navy periscopes in 1978 and 1979 respectively. The use of electronics in periscope design architecture facilitated a transition to limited remote control, followed by full remote control systems such as those used on the Royal Australian Navy Collins Class in the 1990’s. This meant that Thales had successfully achieved a steady progression to the fundamental building blocks required for the next generation of visual sensor systems – Optronic Masts.

Today’s Astute Class submarines of the RN use twin CM10 Optronic Masts from Thales, providing the “eyes” of the platform and as such our relationship as the Trusted Partner to the Royal Navy.

Much has changed since those distant days of 1917 in terms of technology but, for Thales, innovation is in our DNA. Work is already well under way to deliver the next generation of visual system, the Low Profile Variant (LPV) Optronics Mast which holds the prospect of leading the way for Thales’ second century in the Periscope and Optronic Mast business.