While our satellites often look outward, searching for traces of life in the universe, they also help us better understand our own planet. The theme for Earth Day 2022 is “Invest In Our Planet” and this may be the most important Earth Day yet. It follows COP26, the largest climate change conference ever held, and the groundbreaking new IPCC reports that explain the science behind these latest discoveries.

Monitoring the Earth and climate change from space

Satellites offer global coverage, giving us a unique view of our planet. Information from space in incredibly useful because it can help improve agricultural yields, protect against habitat loss and stop deforestation. Satellites also discovered the hole in the ozone layer and their data is now a key to the fight against climate change. 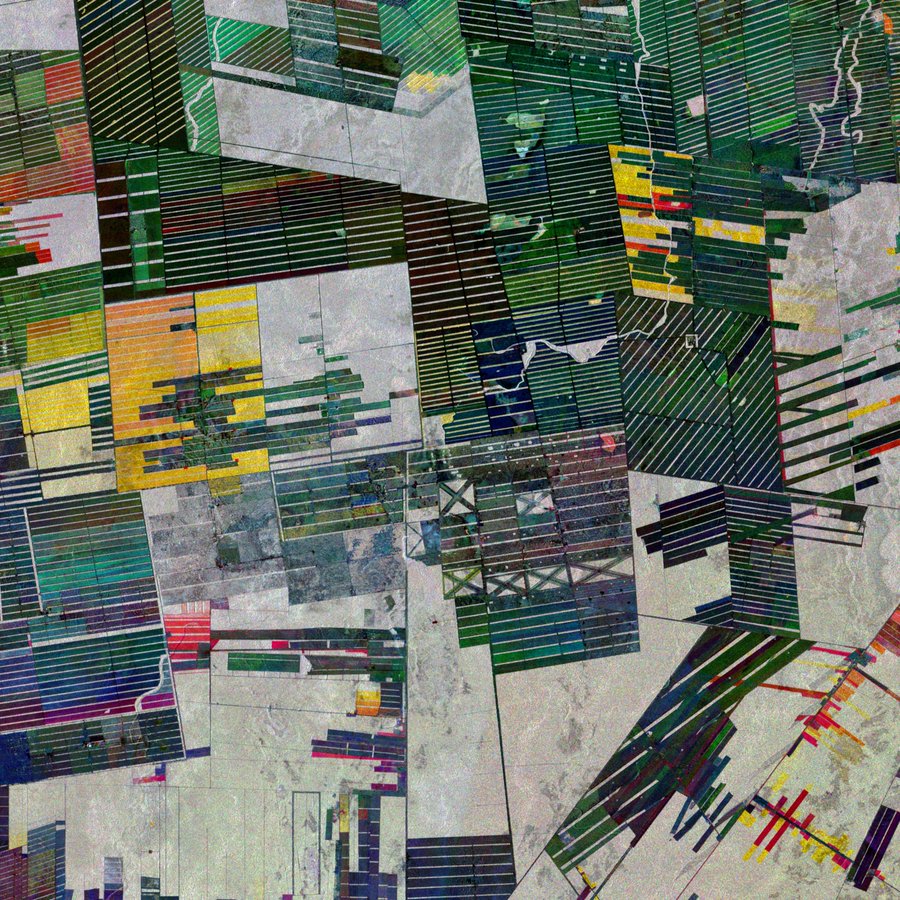 This mesmerizing geometric pattern shows farm plots in the Santa Cruz region of Bolivia as seen by Sentinel-1. The straight lines cutting across the landscape represent large-scale land development in the previously forested area. The thin lines are trees and shrubs separating the plots and protecting the soil from wind-induced erosion.

To protect our planet from the consequences of global warming , we need precise information about how the natural environment is changing. Earth observation satellites in particular can give us highly accurate information on changes over long periods of time and on a global scale.

While weather forecasting was the first scientific discipline to use space capabilities in the 1960s, satellites are now able to help us monitor the overall  health of our planet,  based on a broad range of data including not only weather events, but also ocean color and temperature, and even measurements of the Earth’s gravity. 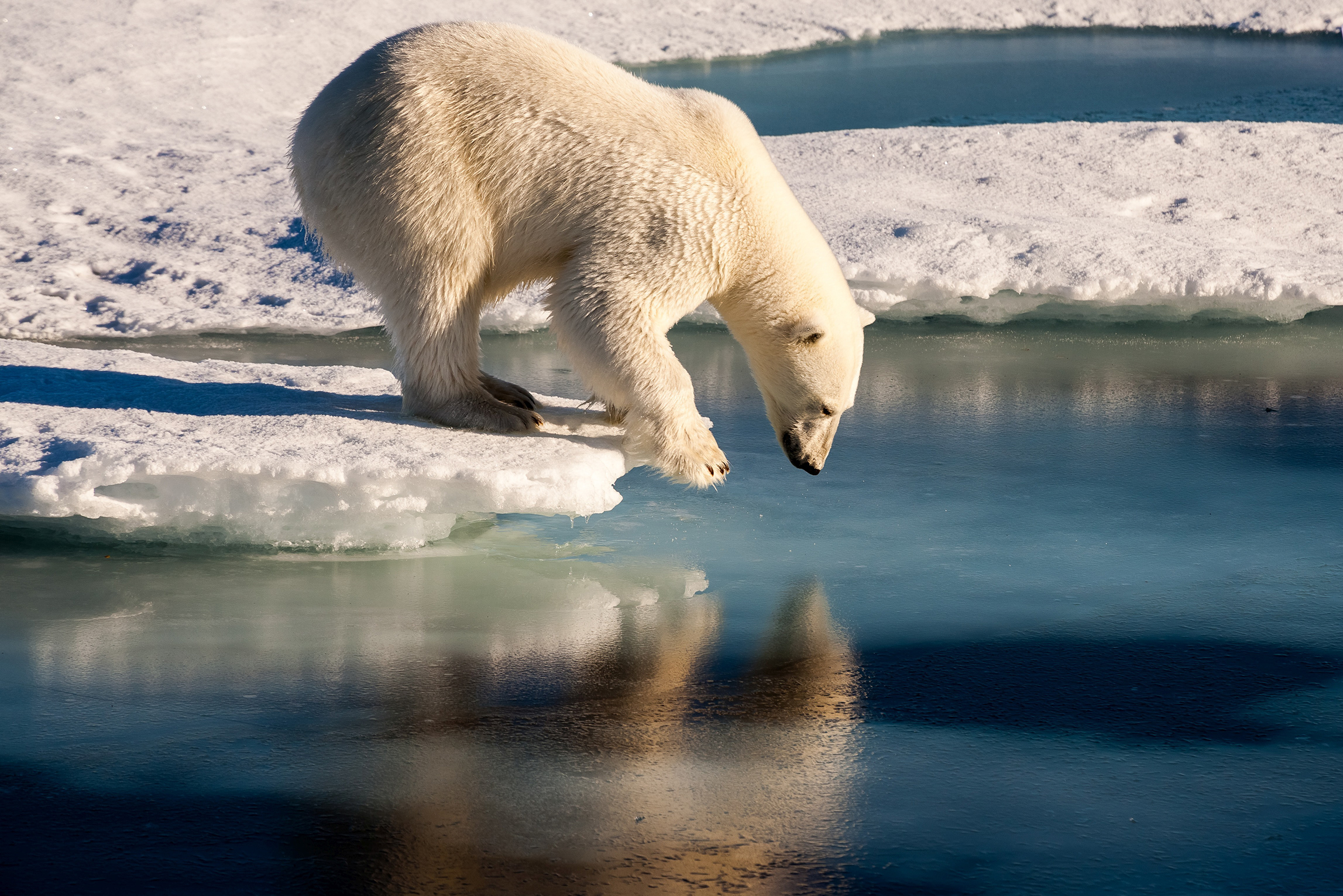 Some of the observation satellites circling the Earth are purpose-designed for environmental monitoring. Satellites allow scientists and decision-makers to better monitor the impact of climate change, and they can also be the only way to monitor parts of the world where ground systems are not deployable.

Their sensors keep a constant eye on our planet, capturing images that provide invaluable data to help us respond when nature goes wild, as well as to understand climate change, make better use of natural resources and protect populations at risk. 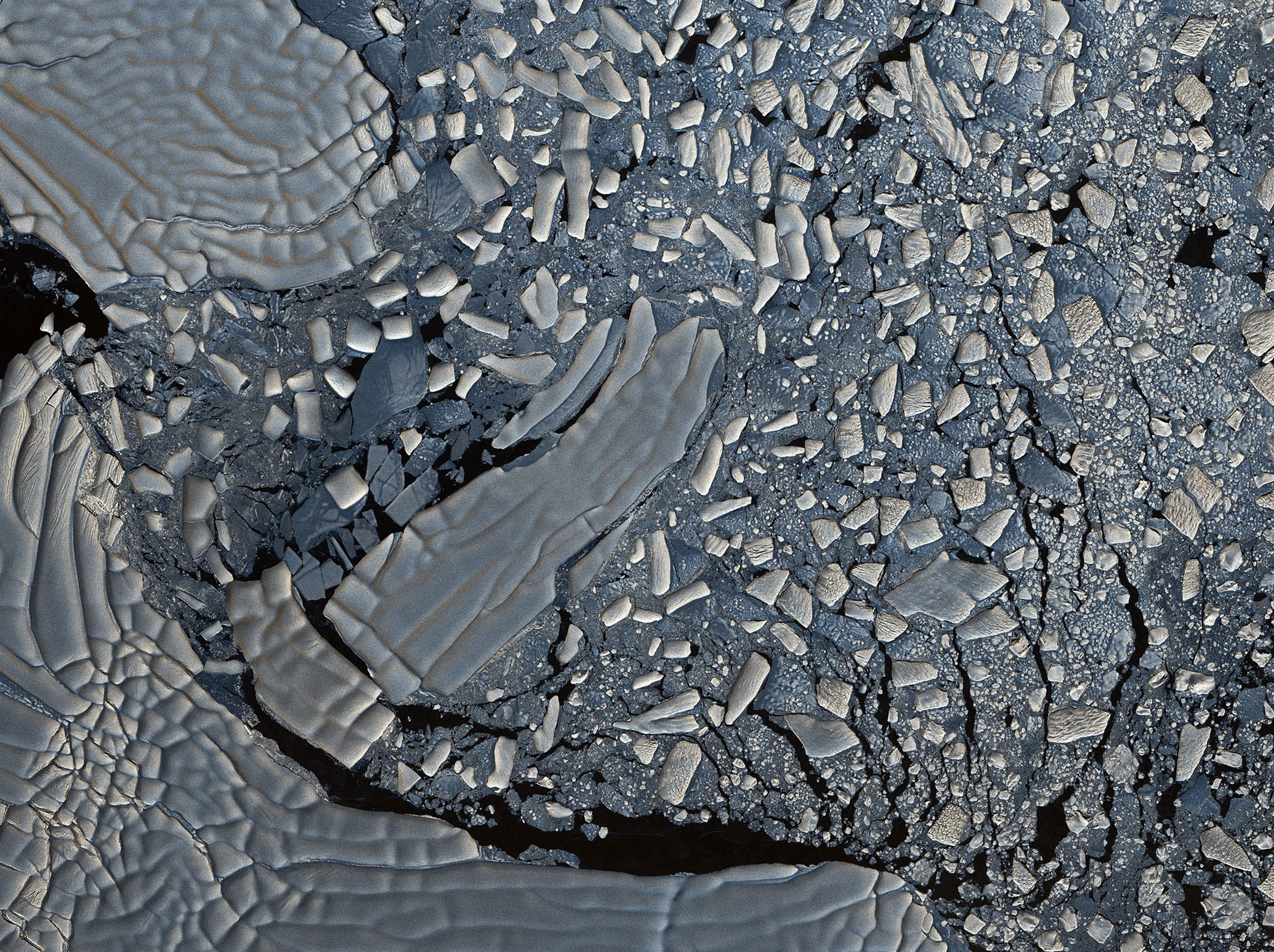 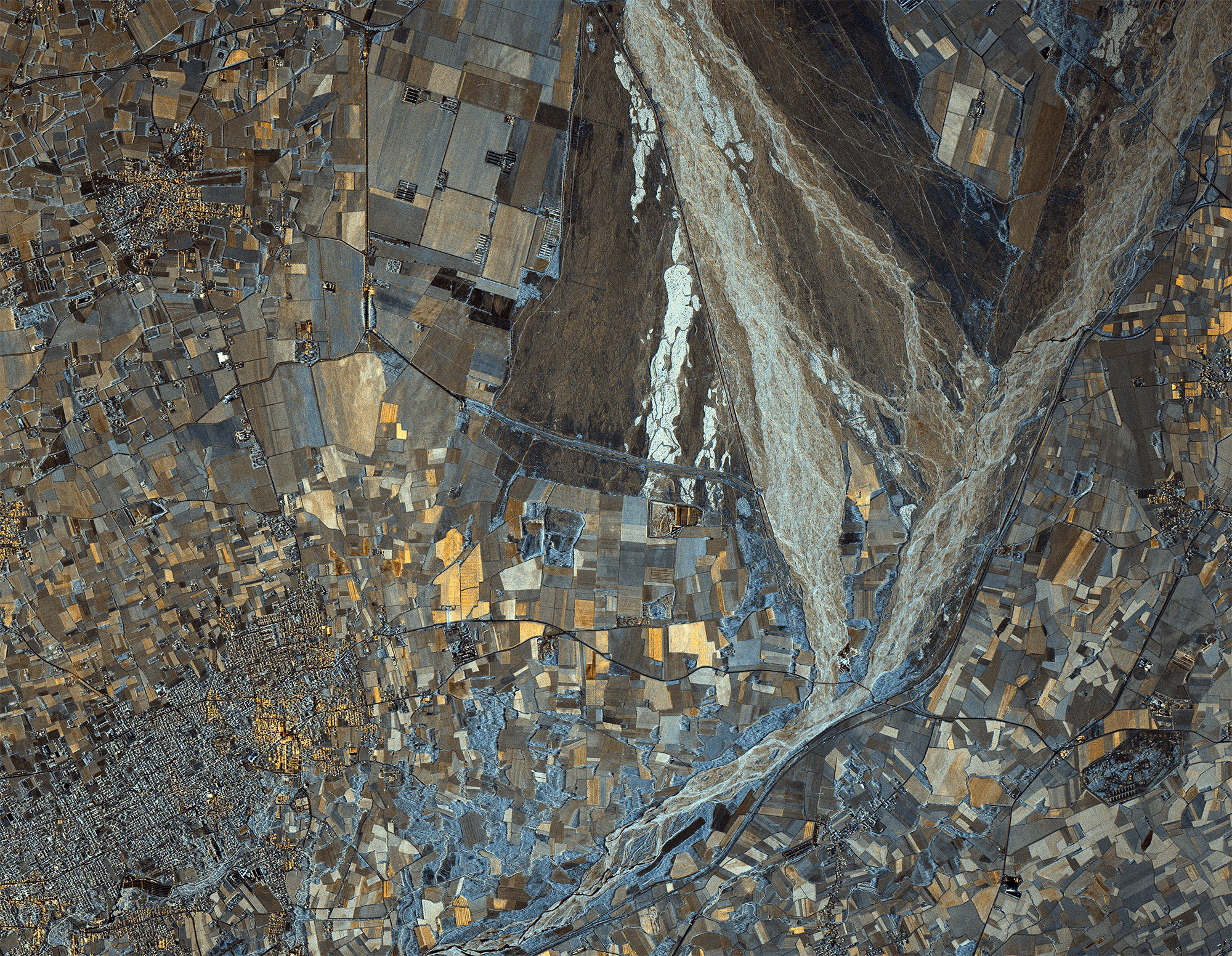 The first stunning images from the brand-new #COSMO-SkyMed #CSG2 satellite have been received , giving us a closer look at regions ranging from Antarctica and Italy to the Galapagos Islands. 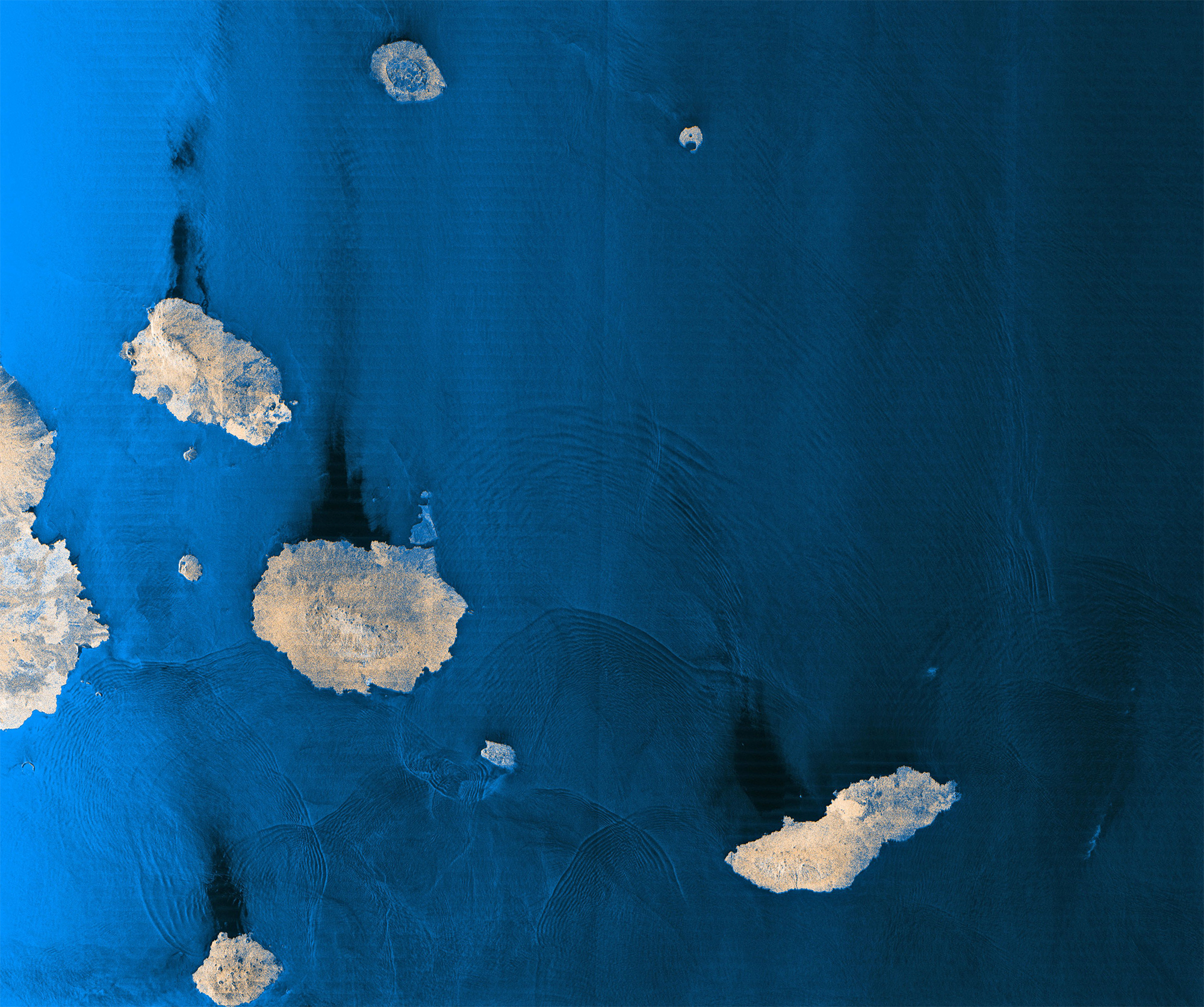 This impressive performance continues to show the fundamental role played by the Italian radar constellation as it supports #sustainability across the planet.

The COSMO-SkyMed Second Generation constellation is funded by the Italian space agency ASI, with contributions from the Italian ministries of higher education & research and defense. 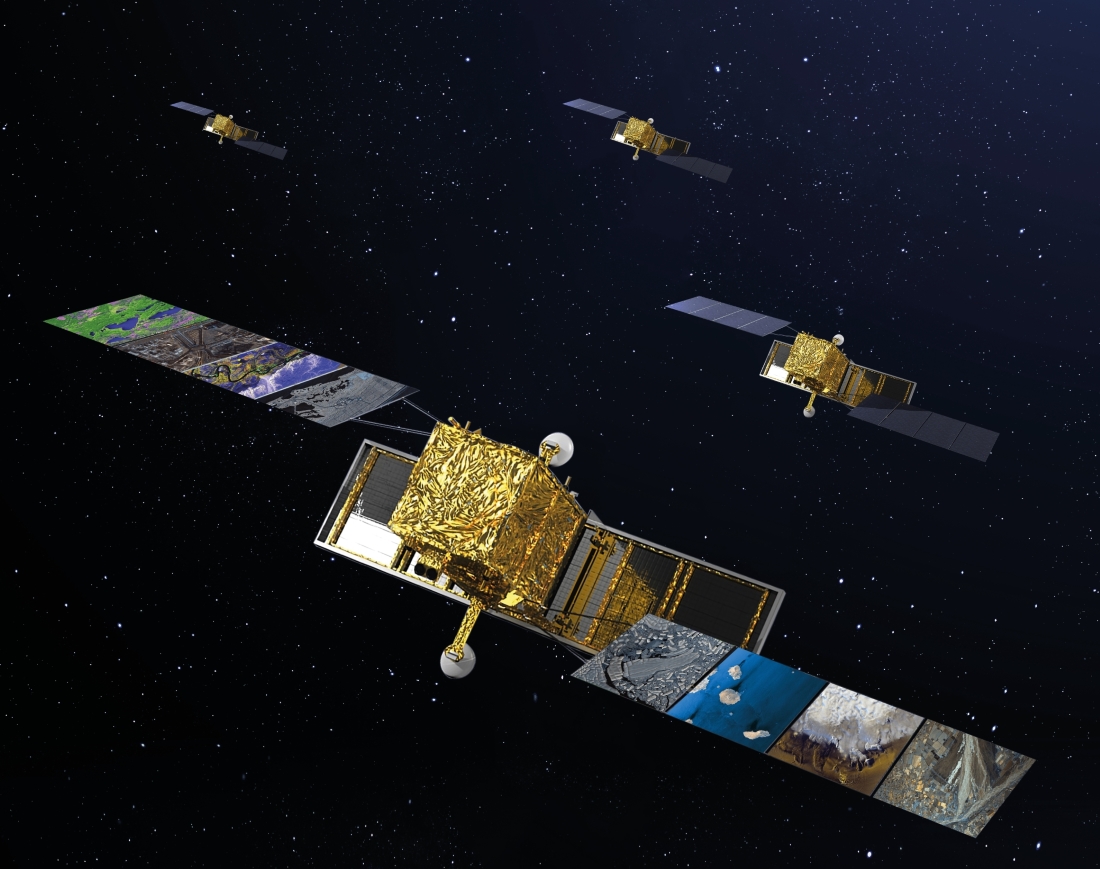 Thales Alenia Space is in charge of the entire COSMO-SkyMed second-generation program, including satellite design and development, as well as the design, integration and commissioning of the end-to-end system. Telespazio is responsible for the design and development of the CSG ground segment, while also providing integrated logistics and operations services (ILS and OPS).

Telespazio's Fucino-based Space Center, a joint venture between Leonardo (67%) and Thales (33%), will manage the satellite's launch and early orbit phase (LEOP), during which it will send the first telemetry data.

COSMO-SkyMed data is marketed worldwide by e-GEOS, a joint venture between Telespazio (80%) and ASI (20%) which develops applications and provides operational services using the same data.

Over the decades, European meteorology has become increasingly accurate. With the first generation of Meteosat, images were updated every 30 minutes, a rate that dropped to 15 minutes for the second generation. With Meteosat Third Generation (MTG), images will now be updated every ten minutes, making weather forecasts increasingly reliable. MTG promises to revolutionize weather forecasting, while providing more precise monitoring of our changing atmosphere, land surfaces and oceans. 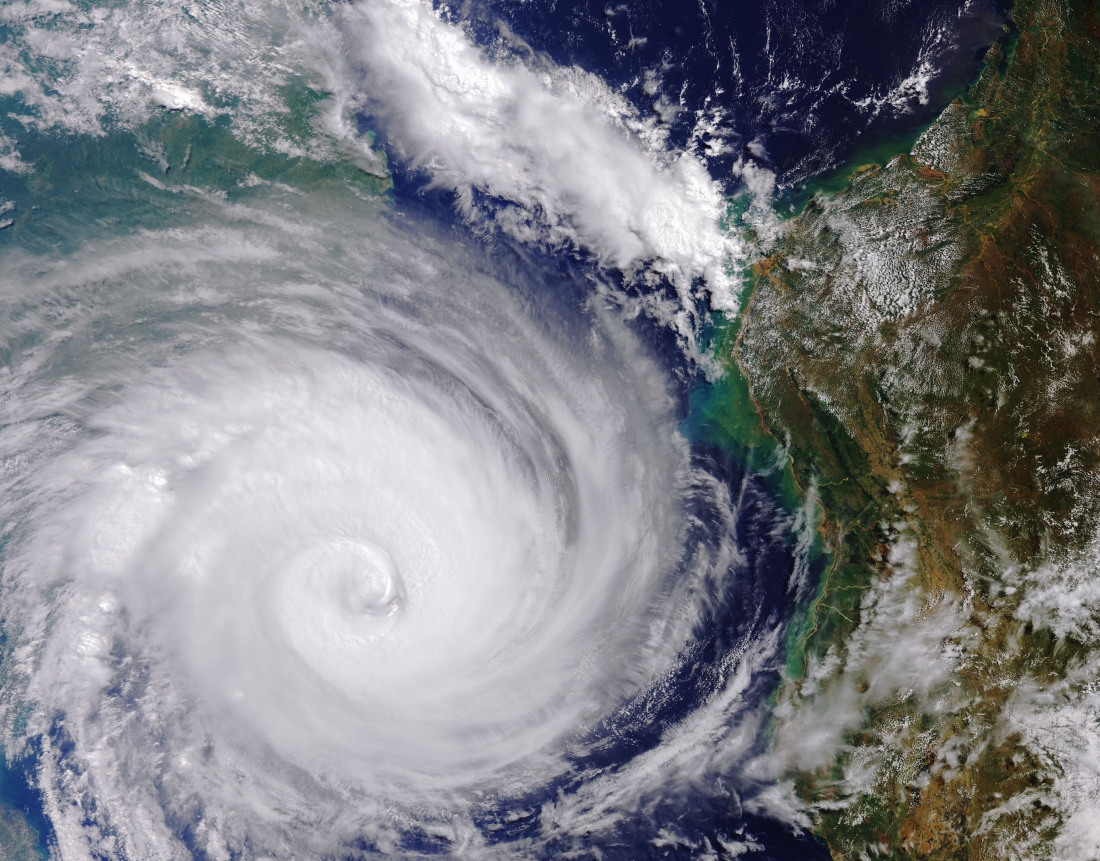 Violent storms and other extreme phenomena are an increasing threat – one that MTG satellites should help mitigate by telling us when they’re expected. In addition to improving the accuracy of weather forecasts, the huge streams of data generated by the state-of-the-art sensors on these satellites will help us model the terrestrial ecosystem and better understand current climate change trends so we can take the appropriate actions. The MTG family comprises six satellites, four imaging and two sounders, which can provide a 3D map of the atmosphere – a world first! For instance, the sounding satellites will be able to detect the advent of extreme climate events a full half-day earlier. By using the system as a whole, meteorologists will improve their weather forecasts out to a full week in advance. This will mark a major step forward in giving people early warning of dangerous phenomena. MTG will help save lives and also pave the way for new services that will benefit populations in both Europe and Africa. Once the full MTG fleet is in orbit, Eumetsat will offer the world’s best weather forecasts. 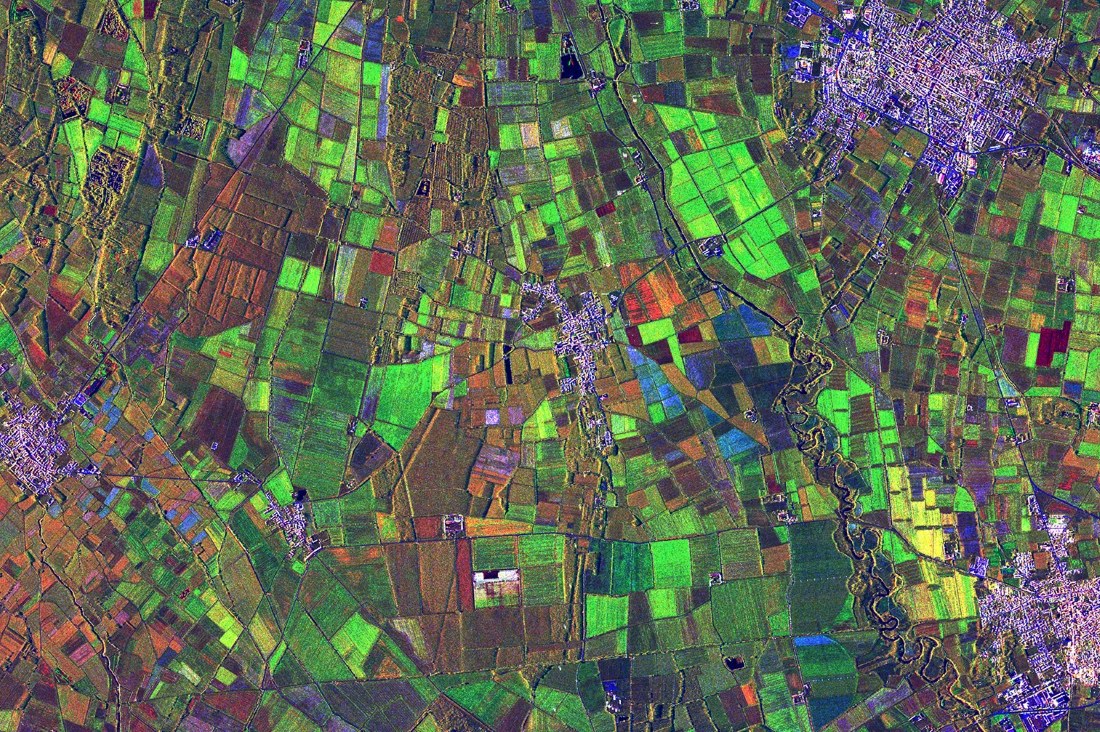 Farming was one of the first business sectors to adopt satellite technology. Today, for instance, over 90% of all tractors in the European Union benefit from EGNOS, an augmentation system that enhances satellite positioning systems, allowing farmers to save fuel by making sure they don’t pass several times over the same parcels, and also reduce the use of pesticides and fertilizer by 20% via more specifically targeted applications. But agriculture is just one of the many sectors using space to become more eco-conscious. Europe’s own satellite navigation system, Galileo, also helps reduce the environmental impact of road traffic, since satellite navigation can reduce traffic jams to decrease our carbon footprint. Likewise, car-pooling and other sustainable mobility applications all depend on precision geolocation. 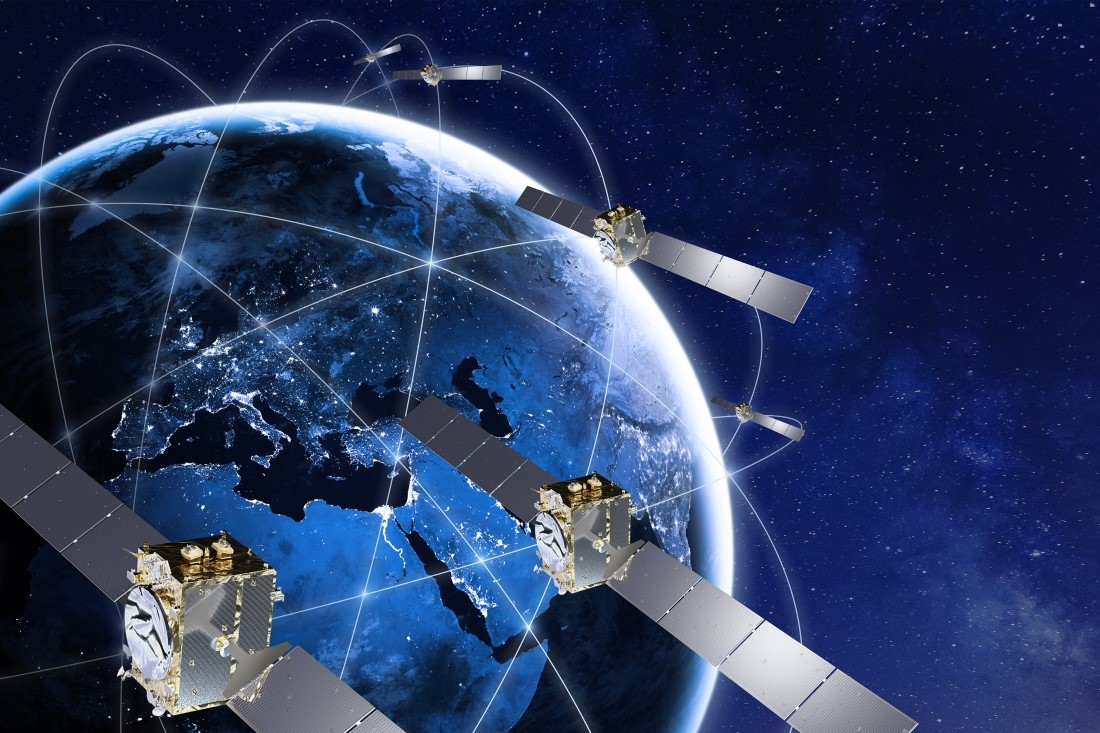 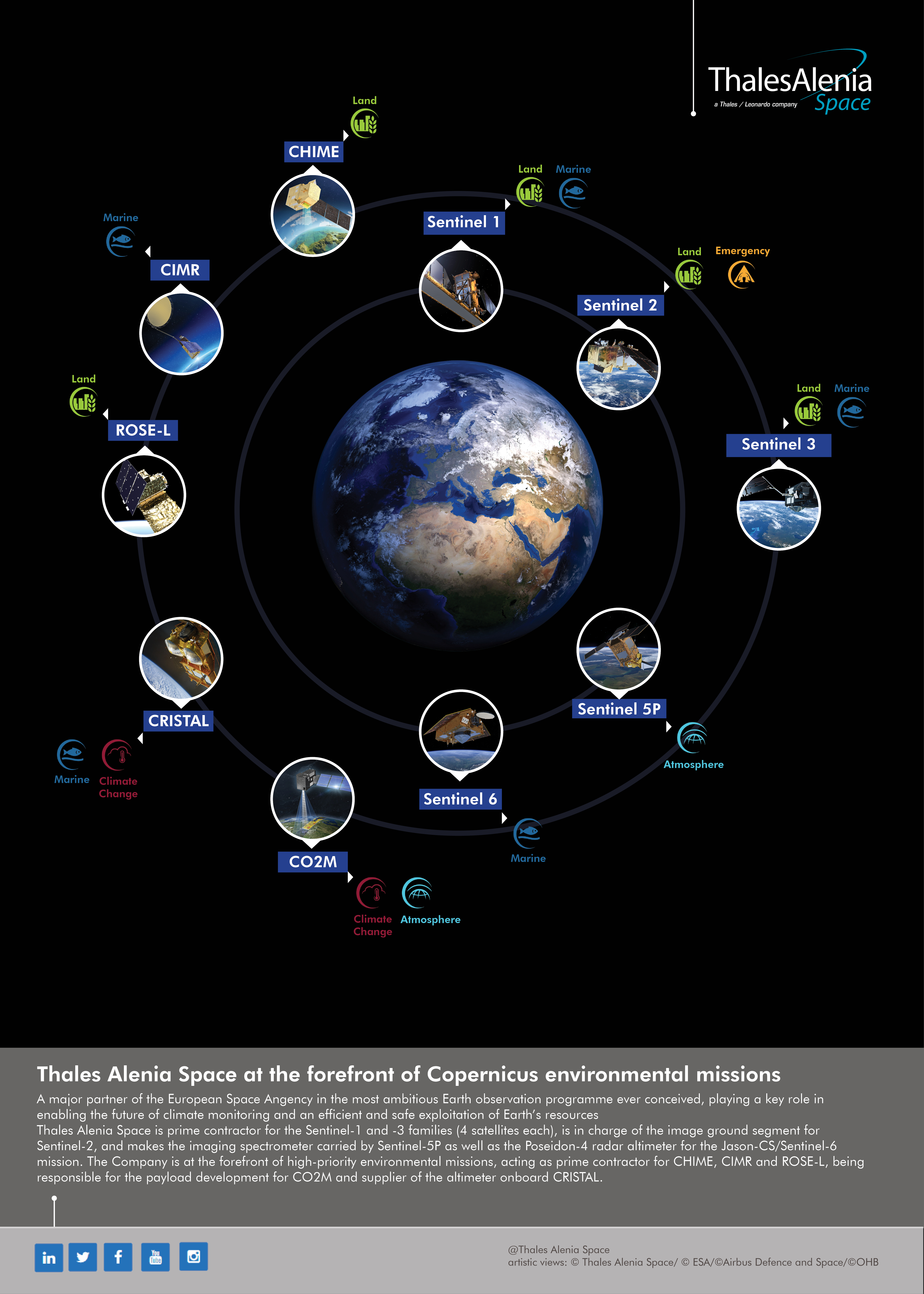 In 2020, we were also chosen for five of the six new Copernicus Expansion missions, three as prime contractor—CIMR, ROSE-L and CHIME—and payload supplier on two other missions—CO2M and CRISTAL. These new satellites will measure human-induced carbon dioxide emissions in the atmosphere, gauge the thickness of ice fields and snow cover, support advanced new services for the sustainable management of agriculture and biodiversity, observe sea-surface temperature and salinity and the density of ice fields, and bolster land-monitoring and emergency management services. All in all, we are involved in 11 of the 12 Copernicus missions.

As a world leader in altimetry and a major partner on the most iconic international oceanography missions, Thales Alenia Space teams are also working on the French-American oceanography satellite SWOT (Surface Water Ocean Topography), which will revolutionize modern oceanography and continental hydrology by detecting ocean features with 10 times better resolution than current technologies. 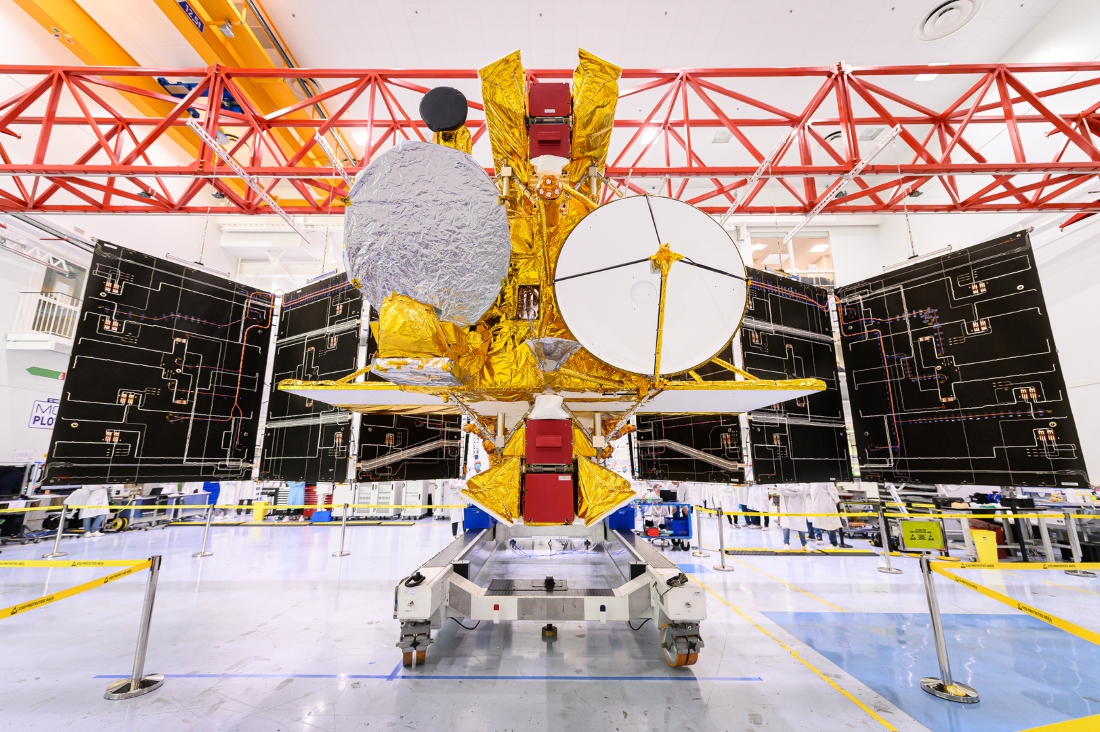 The SWOT satellite will be shipped from our plant in Cannes in October for a launch by the end of the year from Vandenberg Space Force base in California.

Satellite technologies and the space economy are two of today’s most important drivers to meet the United Nations’ 17 Sustainable Development Goals (SDGs) – and also achieve the objectives of the European Green Deal and PNRR. Hard to believe? Not at all, if you think about the wide range of applications, from the creation of land coverage maps to develop climate models, to multispectral and radar images to build predictive models on deforestation, to the creation of probability maps on landslide-prone areas and the monitoring of pollution levels or dune formation in the desert.

Space-based research could also play an important role in the digital and ecological transition, sustainable mobility, inclusion and health. New satcom infrastructures will in fact be central to the development of telecommunications, quantum cryptography and telemedicine. In addition, protecting our planet and the ecological transition require advanced space observation applications , while intelligent mobility and autonomous driving can only be developed with satellite positioning and geolocation systems.

Ban Ki-moon, the United Nations Secretary-General at the time, said this back in 2013 and it echoes even more strongly today.

Global warming continues to be everybody’s concern, as we strive to safeguard our one and only planet. There is hope, because we have the technological solutions needed to cope with the impact of global warming, while also protecting people across the world. And satellites are more than ever a critical part of this equation.

In a nutshell, Thales Alenia Space’s Space for Life vision inspires our actions in favor of a sustainable Earth and sustainable space. We are very proud to make an active contribution to the sustainable use of space and to be an integral part of this collective endeavor, in conjunction with partners from the space ecosystem and beyond.