On July 30, 2020 at 7:50 am local time, an Atlas V rocket will lift off with NASA’s Perseverance rover from Cape Canaveral in Florida, en route to the Red Planet. This is a decisive moment in NASA’s Mars 2020 mission, designed to study the surface of Mars, look for traces of past life, take soil samples at selected sites and place them in defined locations to be brought back to Earth by the upcoming Mars Sample Return mission, to be carried out jointly with the European Space Agency (ESA).

From the Moon to Mars:  Thales has teamed up with NASA since 1964 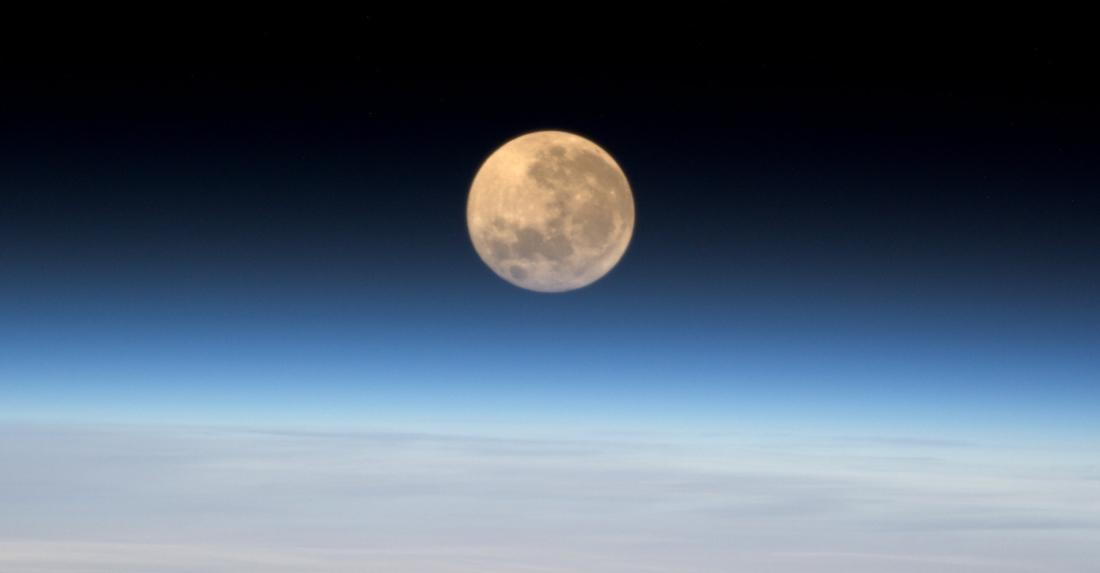 Optics from Angénieux, today brand of the Thales group, allowed the Ranger 7 space probe to take the first close-up photos of the Moon’s surface, in 1964. Angénieux optics were again part of the equipment chosen by NASA to film the first human steps on the Moon during the legendary Apollo 11 mission some 51 years ago, especially stunning shots of the lunar module approaching the surface.

Closer to us, Thales laser is part of the ChemCam instrument carried by the Curiosity rover, that has been operating over the last eight years. This instrument aims to determine if a life-friendly environment ever existed on Mars, to analyze the mineral composition of the surface, to study the geology of the areas explored and to collect meteorological and radiation data. ChemCam is still the only power laser to date that has operated on an extraterrestrial planet.

A laser for SuperCam, the rover’s high-performance remote sensing instrument 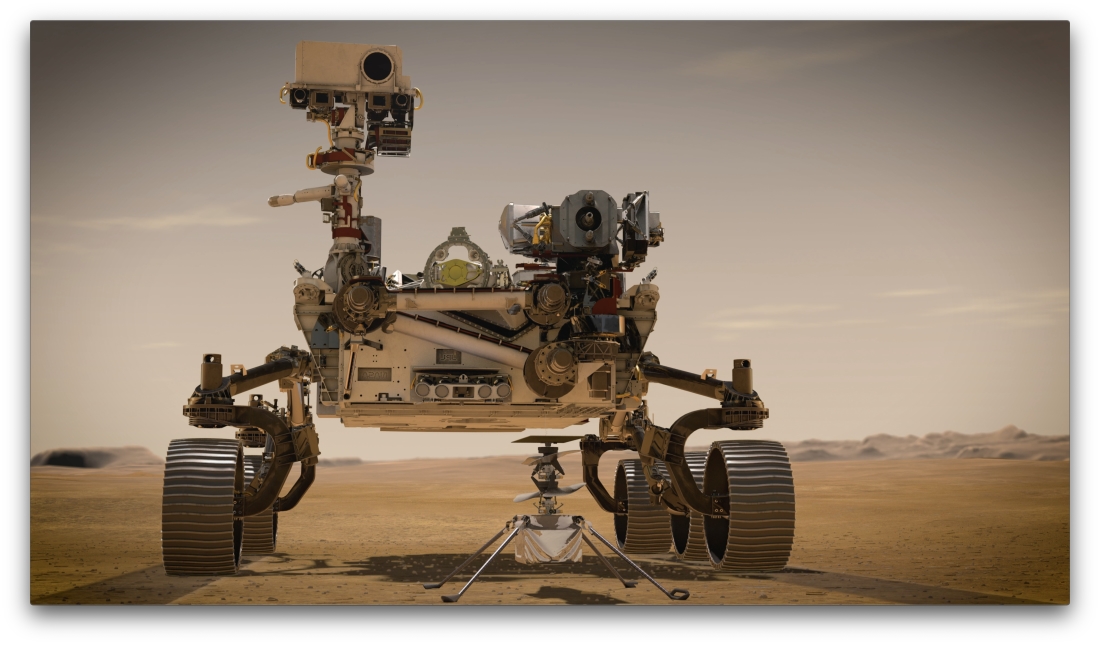 Thales has provided an even higher-performance new-generation laser for SuperCam, one out of the seven instruments carried by the Perseverance rover.

Like the laser on ChemCam, SuperCam will use an infrared beam to heat the material to be studied to a temperature of about 10,000 degrees Celsius (18,000°F) thus vaporizing it to apply an analysis method known as Laser Induced Breakdown Spectroscopy (LIBS). Combined with a special camera, this method will provide a qualitative and quantitative portrait of the basic chemical composition of a sample. It can also carry out simultaneous multi-element measurements on any type of material, in this case Martian rocks! 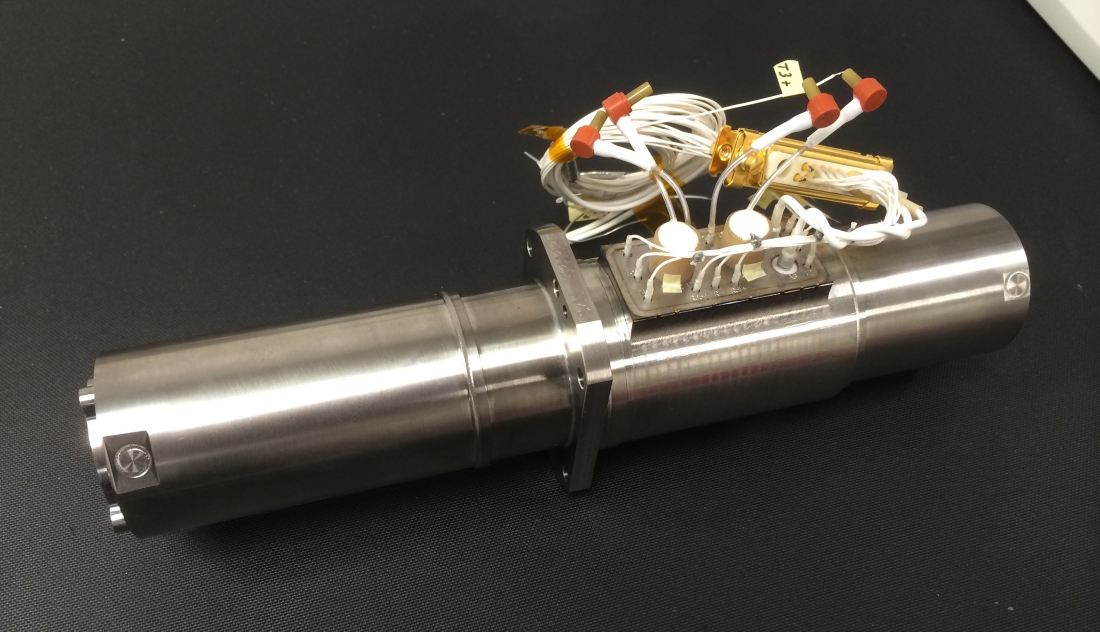 Unlike ChemCam, the SuperCam laser also emits a green laser beam which will help determine the molecular composition of surface materials. This green beam excites the chemical bonds in a sample, and produces a different signal according to the various linked components, a technique known as Raman spectroscopy – an analytical technique that has never been tested on Mars, and will enable us to detect any markers of life. 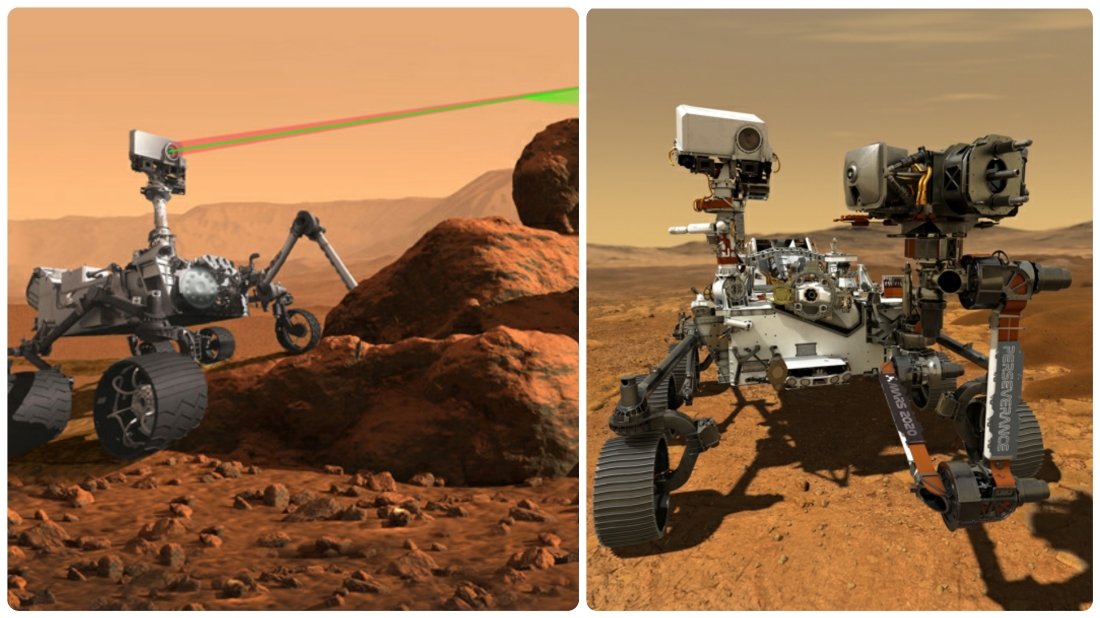 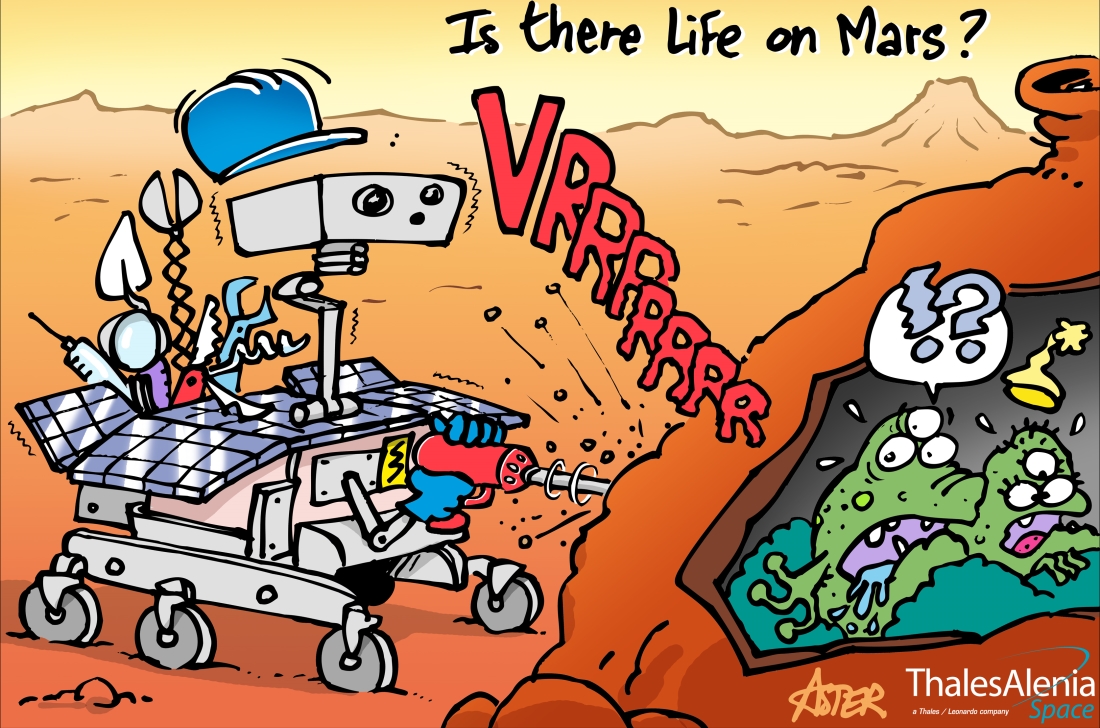 Thales Alenia Space is prime contractor for ExoMars 2016 and 2022 missions, conducted by ESA in conjunction with the Russian space agency Roscosmos. These missions are designed to look for traces of past or present life on Mars. The Trace Gas Orbiter (TGO) from the first mission is already in orbit around Mars to analyze the planet’s atmosphere. ExoMars 2022 will deploy a rover equipped with a drill able to extract soil samples as deep as two meters below the surface and analyze them in its own integrated mini-lab.