Thales Alenia Space in the UK

Thales Alenia Space in the UK, established in 2014, is a world-leading space systems design, integration and manufacturing company with advanced space engineering facilities in Bristol, Harwell and Belfast.

Thales Alenia Space in the UK has now space capabilities to be a prime contractor for ESA and UK national satellite programmes. As a committed partner to the European Space Agency (ESA), the UK Space Agency (UKSA) amongst others, Thales Alenia Space delivers cutting-edge solutions to support a wide range of Telecommunications, Earth Observation, Navigation, Science and Exploration applications.

As a leading company for the design of satellite propulsion systems, satellite subsystems and system design studies in the UK, Thales Alenia Space expands its competences to the design, integration and testing (AIT) of new innovative payloads for both civil and military applications. 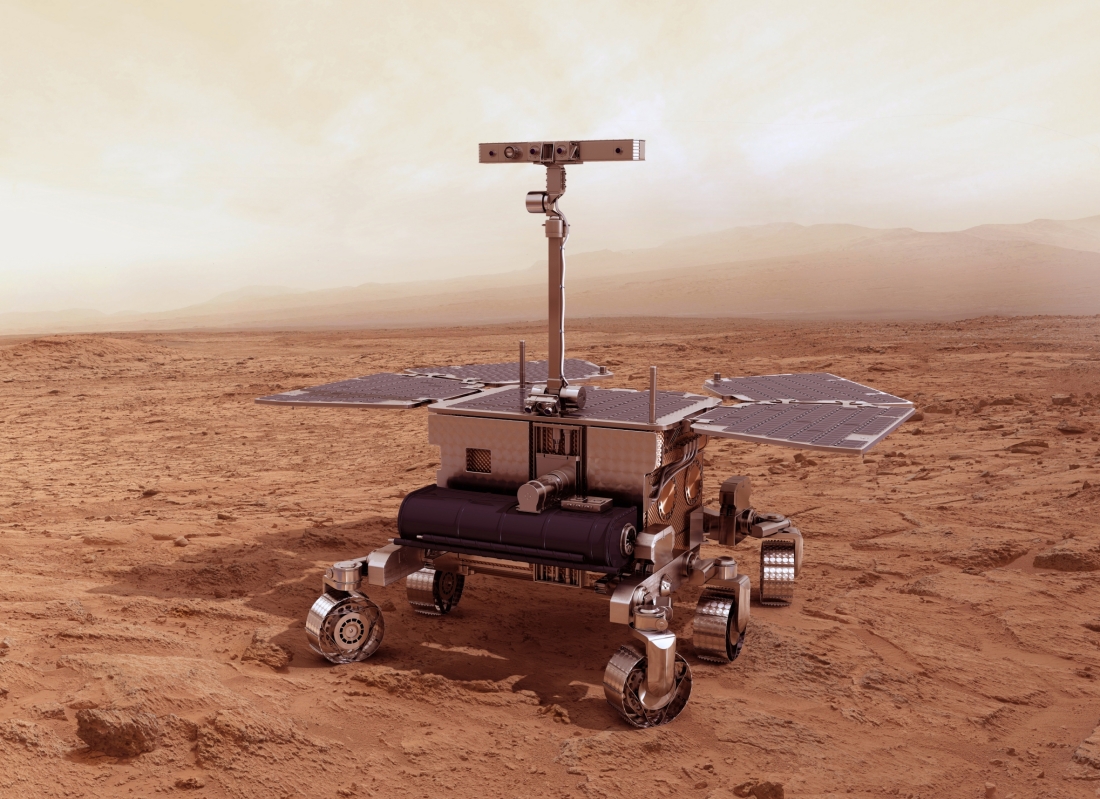 Thales Alenia Space in the UK contributes to a variety of ESA programs, including the ExoMars Rover and the BepiColumbo mission to Mercury. 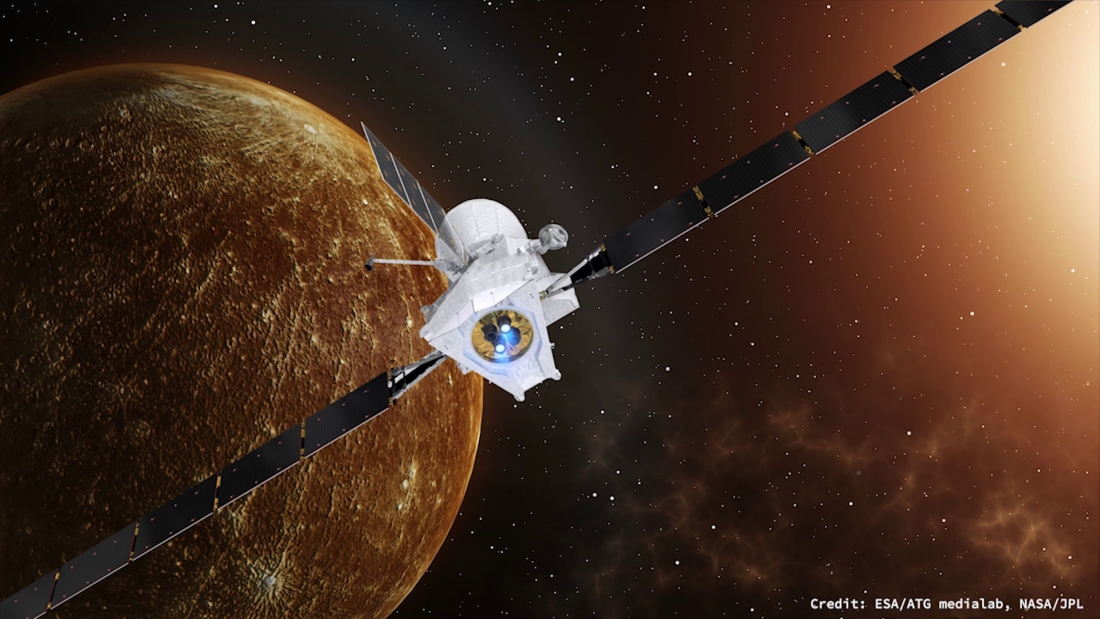 Each unit has more than 30,000 electronic components and they incorporate many novel features in respect of mechanical and thermal packaging,   power and internal failure management that were needed to meet the very exacting requirements of the BepiColombo mission with significant restrictions on the available mass, power and volume.

The RIU supports the drive of the chemical propulsion system enabling critical manoeuvres in the orbit around Mecury as well as ensuring the analysis of key sun sensor data to orientate the spacecraft. The RIU also provides a large range of both analogue and discrete circuits to interface with all spacecraft units, including payloads. In total, each interface unit has over 1000 interface lines whose performance had to be fully verified.

This was the first flight hardware launched in space from Thales Alenia Space in the UK. 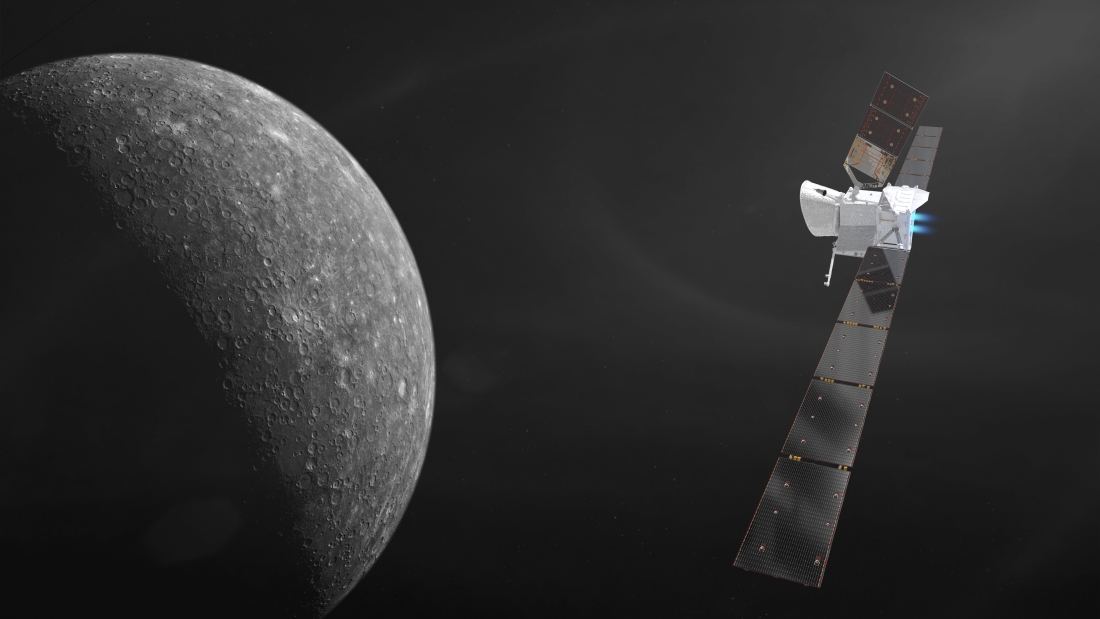 Moreover, It is responsible for the Broadband Radiometer, a spaceborne instrument developed as part of ESA’s ‘EarthCARE’ program, which will help scientists better understand and monitor climate change. Thales Alenia Space in the UK is also making a major contribution to the Spacebus NEO telecommunications satellite platform.

In 2017, the UK Space Agency selected Thales Alenia Space in the UK for the assembly, integration and test for MicroCarb; a joint UK-French satellite mission, to monitor source and sinks of carbon and in 2018, the company was awarded the assembly Integration and testing (AIT) and avionics test for PLATO, an ESA science programme for a mission planned in 2026. 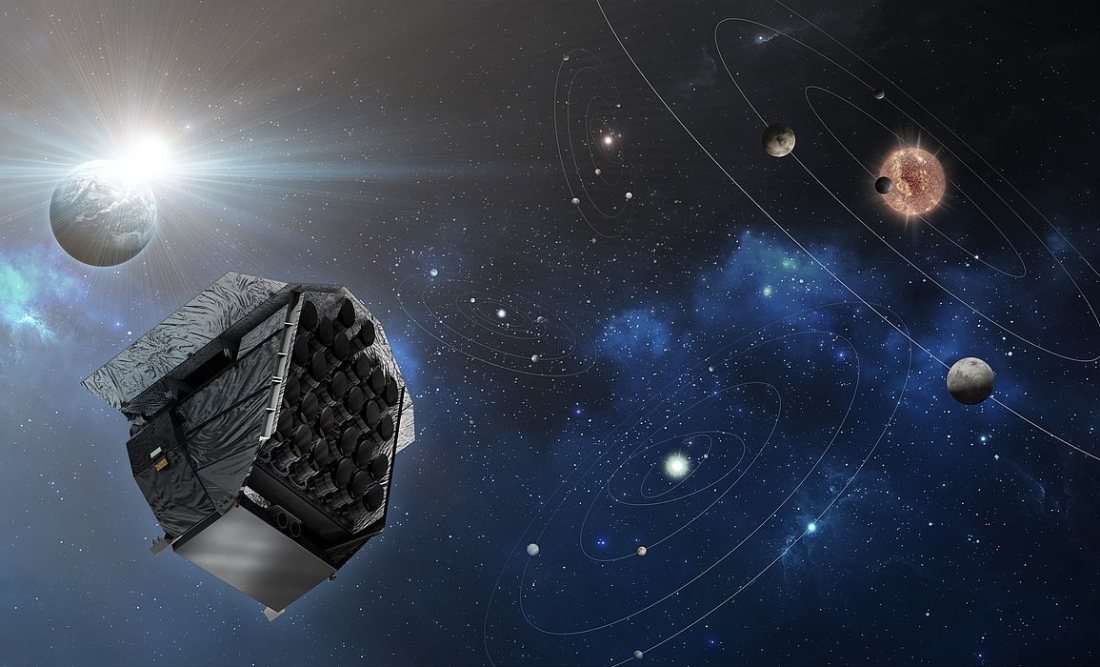 Thales Alenia Space in the UK’s growth in the defence sector is underpinned by its core teams dedicated to defence programmes. Capabilities include payload design, AIT, and product assurance.

Thales Alenia Space is committed to growing its capabilities in the UK and partnering with companies to support the growth of the UK’s innovative and dynamic space industry. It is proud to work with SMEs in the sector and collaborate with academia to develop advanced technologies for spacecraft and instrumentation for future space and scientific missions. 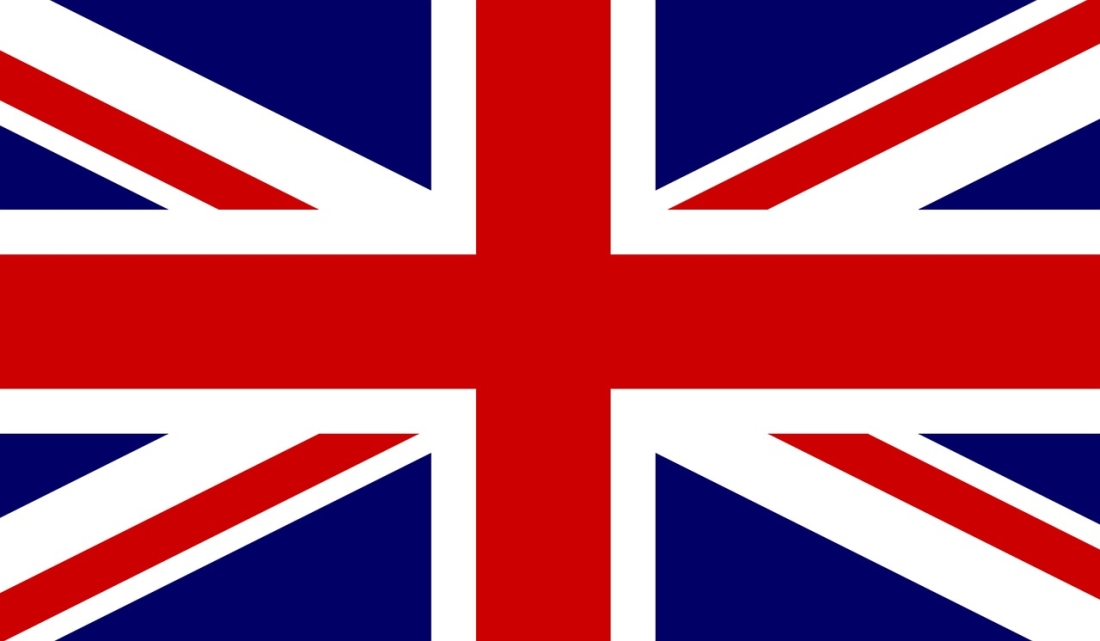 Thales Alenia Space is located on the Bristol Business Park, Bristol where advanced testing facilities include a partitioned clean room, separated from the main laboratory, dedicated to Assembly, Integration and Tests activities; this installation is 116m² and certified to IS0-8. Amongst the laboratory staff are European Space Agency trained technicians, familiar with the assembly of both airborne and space hardware.

Thales Alenia Space in the UK has a wide range of expertise, including the development of the following capabilities in Bristol: 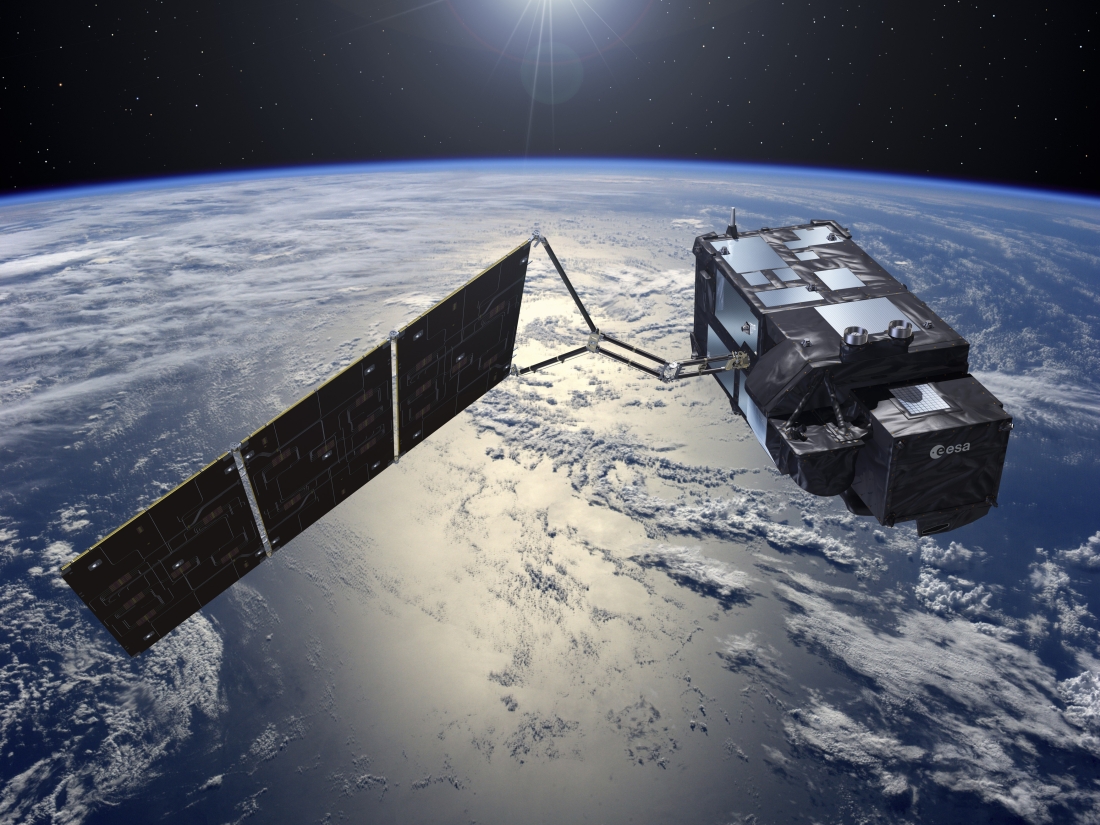 Thales Alenia Space are developing the next generation of Inertial Measurement Units utilising European MEMS technology, building on the design of successful first generation European MEMS inertial products (as used on Cyrosat, Sentinel 3, MTG and ExoMars Rover). The product utilises a new modular concept which can provide 3 axis gyro or 3 axis IMU capability in the same form factor, and with the same mechanical/electrical ICD. 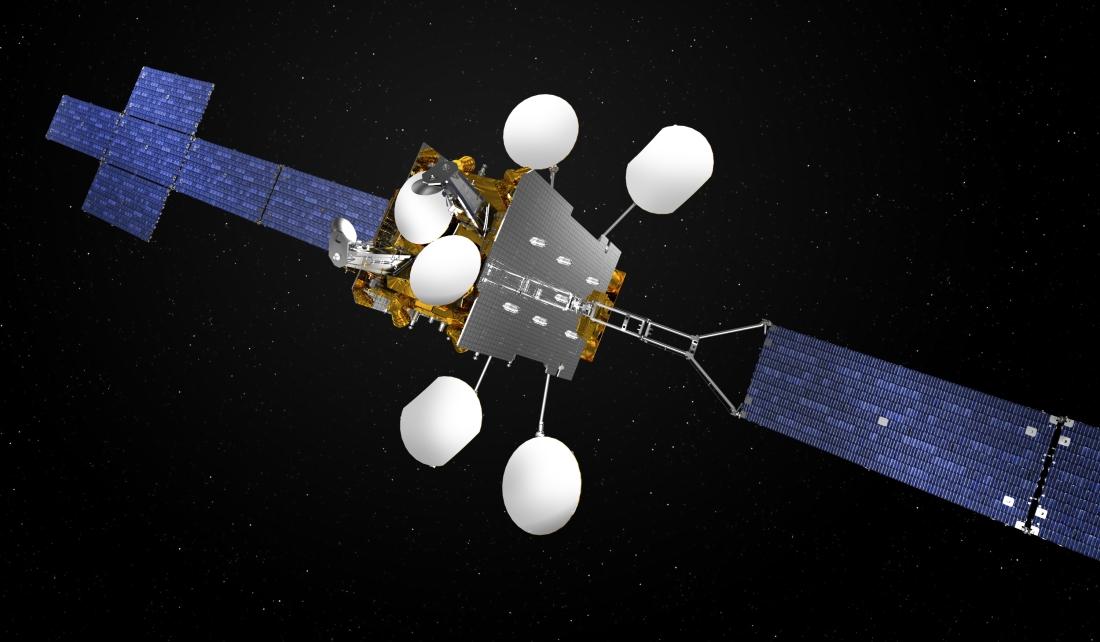 Thales Alenia Space have offices located on the Harwell Science, Innovation and Business Campus in Oxfordshire. The campus is home to over 5,500 people dedicated to science and technology. The UK Space Agency has designated Harwell as the UK Space Gateway. The Gateway has a major presence on-site and comprises a growing cluster of space organisations including the European Space Agency’s European Centre for Space Applications and Telecommunications (ECSAT), STFC’s Rutherford Appleton Laboratory and the home of RAL Space and the UK Satellite Applications Catapult. 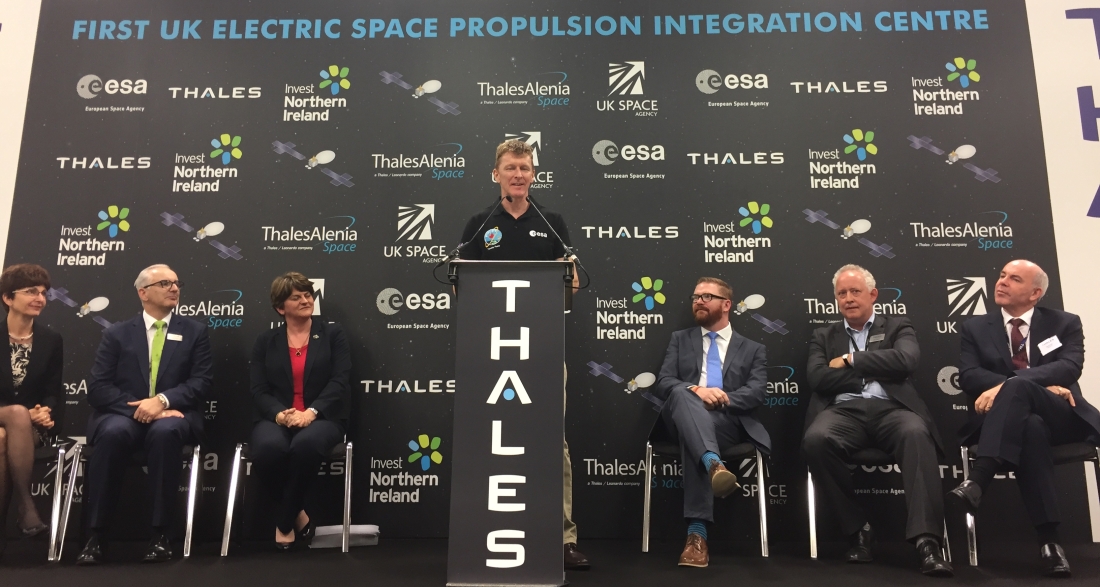 On October 18, 2016, in a ceremony attended by British astronaut Tim Peake, Thales Alenia Space and Thales celebrated the opening of a new Propulsion Integration Centre in Belfast, a major milestone that reflects Thales and Thales Alenia Space’s commitment to investing in the UK to design and build next-generation propulsion systems.