The Heart of the Portuguese Railway Operations

The breakthrough of the railway operation in Portugal started in 2005 with the signature of the turnkey contract for the construction of Lisbon OCC.

Commissioned in 2008, it controls 70% of the rail traffic in the Portuguese network, including all Lisbon Commuter area, the majority of the line between Lisbon and Oporto and the main connection to Spain, through Beira Alta line.

Dimensioned to sustain the expansion of the Portuguese network, the OCC boost the railway’s network efficiency and capacity by integrating all its supervision, operation and maintenance tools in a single site.

The integration of different systems, the concentration of several activities and the seamless operation, brought efficiency gains and lower operational expenditures. 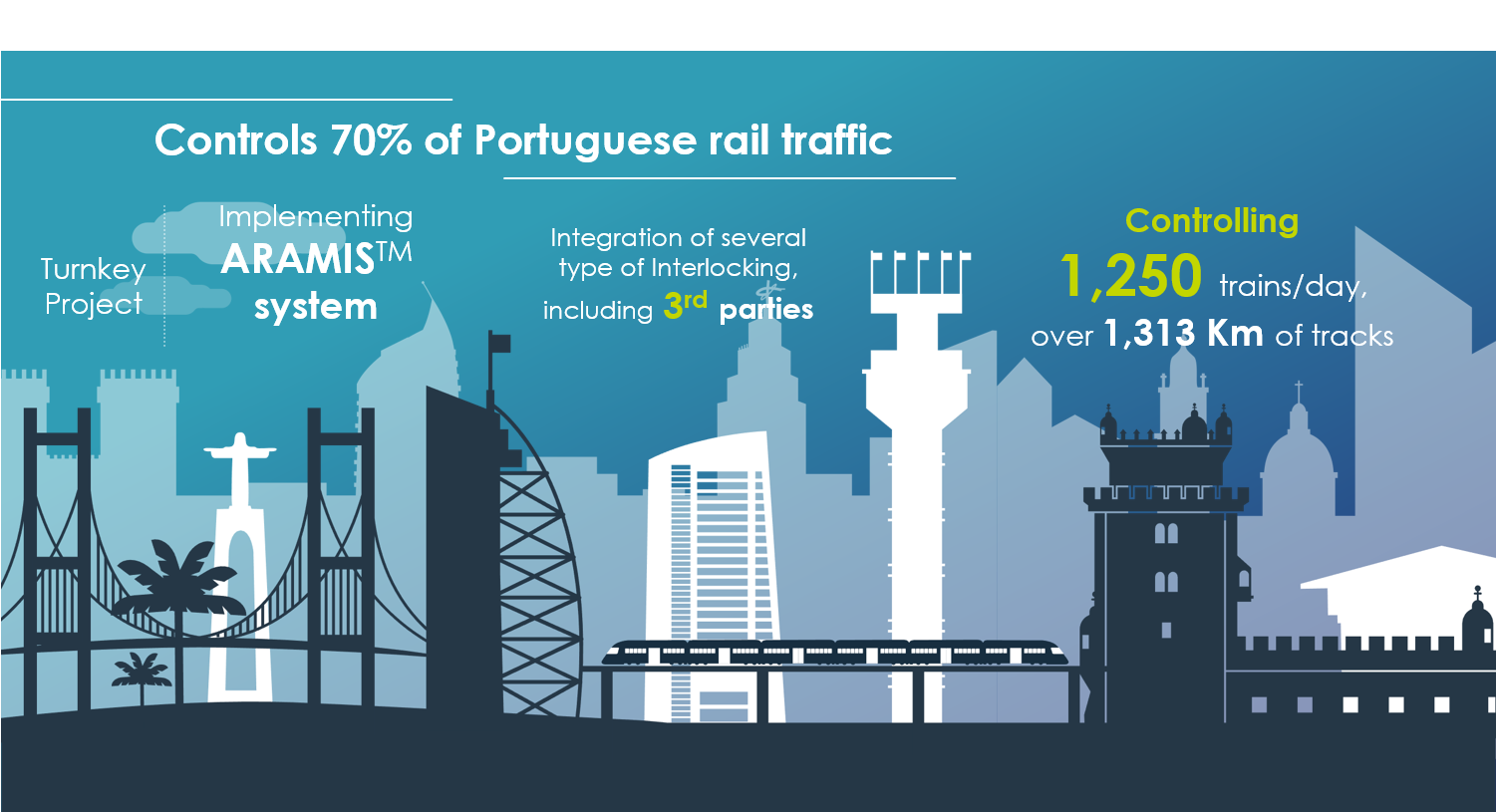 To find out more about Ground Transportation References