In Canada, Thales invented the Communications Based Train Control (CBTC) technology, and today continuous innovations are embedded in the product evolution.

Thales has provided transit expertise for decades in Canada and continues to grow its footprint in the country, bringing sustainable and reliable transit solutions to the nation. 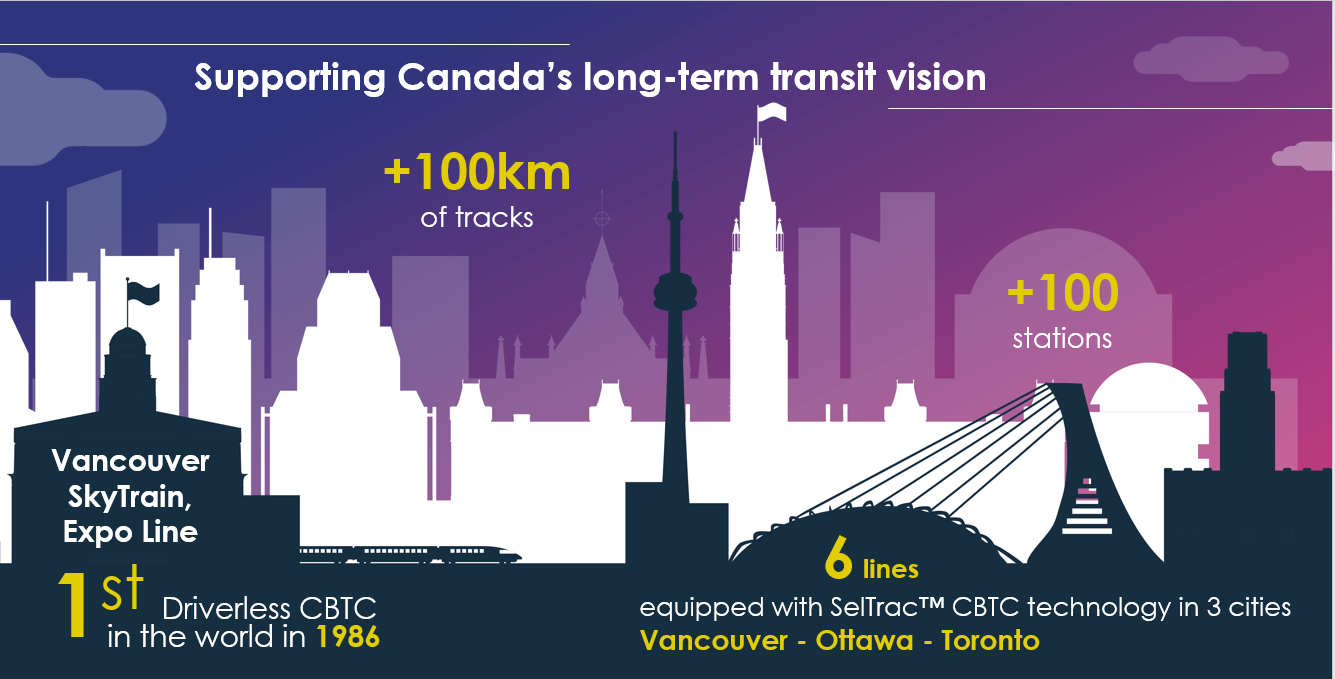