Thales has its sights firmly set on the oceans

On the 8th of June we are celebrating World Oceans Day to call attention to the protection of oceans. Thales technology supports the observation of oceans: in this connection Thales Alenia Space has built the Sentinel 3 satellites as well as delivered the Ocean and Land Colour Instrument (OLCI) and the Synthetic Aperture Radar Altimeter (SRAL) for satellites. The satellites now deliver data on sea level height, as well as the temperature and colour of the oceans. 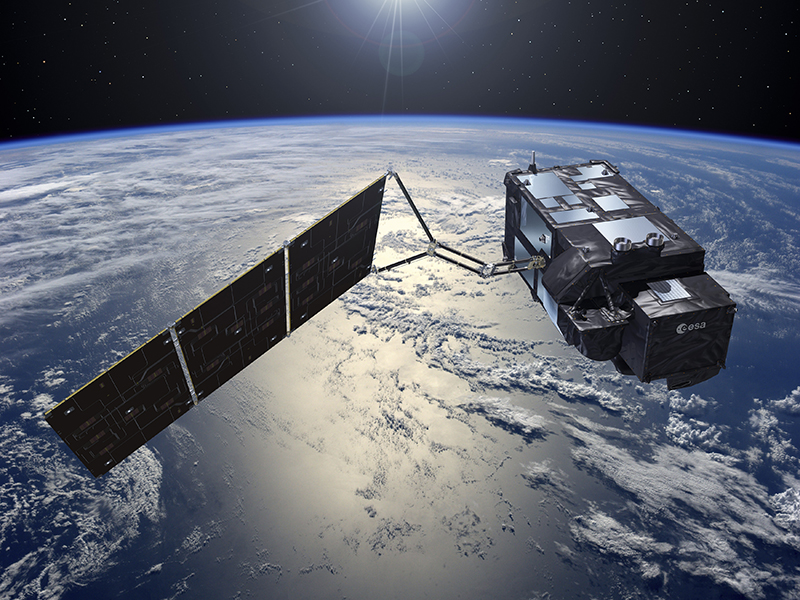 World Oceans Day takes place annually in honour of the oceans which are important for our life on Earth. They nourish us, provide us with oxygen and regulate climate. If the oceans change, this will have drastic ramifications for us: the oceans affect the heat cycle of our planet. Ocean currents transport warm water like a conveyor belt, thus affecting our climate. Melting glaciers lead to a rise in sea levels. Rising water temperatures lead to different kinds of biosphere displacement, coral death and even increased algal blooms. Excessive quantities of blue-green algae, for example, cause oxygen-poor and inhospitable zones. It is therefore important to identify and analyse changes in the ocean.

The OLCI provides detailed observations of the surface colour of the ocean, enabling the monitoring of water quality and the discovery of environmental pollution. The instrument captures the ocean's colour in 21 spectral bands and generates ocean colour data that helps monitor climate change. The ocean's colour is one of the so-called Essential Climate Variables (ECV) of the World Meterological Organisation which analyses changes in biological activities in ocean layers.

The SRAL measures the sea level height, significant wave heights, wind speed and sea ice height and thickness. Maps of sea level height and topography can then be derived from data collected by the radar altimeter. This gives scientists the opportunity to extrapolate the structure and variability of global ocean circulation which are then used to adjust climate prediction models.

The SLSTR records the surface temperatures of land and sea surfaces. The instrument takes measurements in nine spectral bands with an accuracy of up to 0.3 degree Celsius and allows climate researchers to create and adjust climate and weather models.

The MWR transmits data on atmospheric water vapour and water content of clouds on Earth. It also supplies emission and humidity data of land areas and is used to characterise ice surfaces.

The planned mission duration of Sentinel-3 is seven years. However, the amount of fuel allows the mission to be extended by an additional five years.

Thales Alenia Space led the consortium of about 100 companies that participated in the construction and development of the satellites. The satellites are run by the ESA and EUMETSAT, the European Organisation for the Exploitation of Meteorological Satellites.

The Sentinel fleet consists of the Sentinel 1-6 models. It is part of the Copernicus programme, the ambitious Earth observation programme of the European Commission. Please visit the website of the ESA for more information about the Sentinel satellites.

*These instruments are Thales technologies.