​​​​According to figures published by Ericsson in June 2021, massive IoT would make up 46% of all cellular connections by 2026.

The number of connections is planned to increase by almost 80% in 2021 alone.

Our planet is getting connected faster than we can imagine!

That's where LTE-M comes in. 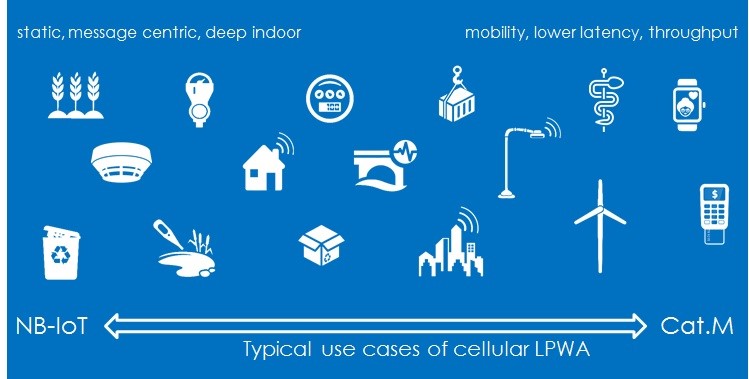 Thales and Sequans are the first to innovate Cat. M1 for the IoT market enabling reduced power consumption and cost through optimized wireless speeds at 375kbps while simultaneously boosting reliability and range for indoor installations.

It fills a growing need for IoT solutions and drives the marketplace forward as billions of new devices get connected.

The LTE for IoT ecosystems on both the network and device side progresses rapidly in terms of global commercial readiness.

This is also evidenced in a recent demonstration where Ericsson's LTE Cat. M1 eNodeB software and an IoT module based on Sequans' Monarch LTE Cat. M1 chip is successfully communicating, compliant with 3GPP Rel13 specifications for Machine-Type Communications.

What's the difference between NB IoT and LTE M?

In a nutshell, LTE-M has a better (faster) latency, higher bandwidth, and throughput and includes voice for simple use cases.

See below this comparison table. Let's be clear, CAT M and NB-IoT are not competing with each other. They are two different wireless technologies.