The progression from making the first ever powered flight in 1903, to landing someone on the moon in 1969, took just 66 years – comfortable less than a lifetime. It was an era of rich, even frantic, innovation in all things that flew, which saw:

But for the last few decades, the aviation industry has been characterised by evolution rather than revolution; by continual refinements in performance and safety, rather than startling breakthroughs. That, however, is set to change.

Our childhood dreams of flying ‘cars’ zooming above our crowded cities is about to come true. In less than a decade (some say within five years) you will be able to summon an autonomous ‘air taxi’ from an app on your phone.

While we have all been struggling and cursing our way through the daily commute, manufacturers and service providers have been taking a long, steady look at drones and pilotless aircraft. Prototype air taxis, capable of carrying up to five passengers from point to point within a city are already being tested. And piloted, battery-powered aircraft designed to carry a dozen or more passengers from London to Paris are also being tested.

Less dramatic, but of greater ecological importance, is the work being done on developing hybrid engines for aircraft. These, just as the engines in modern hybrid cars, use a combination of electricity and liquid fuel to reduce noise and particulate emissions, flying far more quietly and much more economically than today’s fuel-guzzling aircraft.

Onwards and upwards with drones

Versatile, inexpensive and capable of carrying increasingly large payloads, commercial-grade drones have become a compelling proposition for a wide range of service providers. Aerial Surveying and Inspection, Agriculture, Construction, Critical National Infrastructure, Logistics – these are just some of the sectors expected to be early adopters of drone technology.

Drones will make excellent intra-city courier vehicles, too, perhaps for dispatching blood products and other vital supplies to hospitals and the scenes of accidents.

There is no doubt that drones will go mainstream. Indeed, much of the technology already exists but it needs refining and bringing together.  And if we are to make that happen sooner rather than later, we all need to open our doors and share our knowledge and ideas. No one can do this in isolation. It’s just too big and too complex.

That’s one of the reasons Thales announced SOARIZON®. SOARIZON® is a digital management tool which enables pilots, managers and businesses to manage their own operations safely and securely, while interacting with trusted partners and operators.

So, yes, drones are set to become ubiquitous in the near future, but they are just one small type of aircraft. And it is the developments in the realm of larger aircraft which are likely to be more profound for society as a whole.

Today, commercial passenger aircraft are forced to fly from crowded airports in congested skies. And rather than being integrated with the rest of transport hubs, they tend to be set apart. Wherever you fly, your journey is going to involve delays, ‘dead time’, frustration and the feeling of being treated as an object, little more than cargo to be begrudgingly moved from A to B.

So why not fly to Europe from small, purpose-built transport hubs? And why not start your journey with a short hop in an autonomous electrically-powered air taxi, watching pollution-making traffic jams slide silently beneath you? And whether you go by car, bus, tram, train or plane, why should it have an engine powered by fossil fuel at all?

Why can’t we have a clean, integrated and automated traffic network which can decide the best routes and travel options, and serves the needs of everyone, instead? The answer is we can, if everyone works together towards a shared goal.

With the technology either proven or looking very promising indeed, organisations and governments across the world are jostling to be at the forefront of the new age of aviation. Aston Martin, for example, has teamed up with Rolls-Royce, Cranfield Aerospace Solutions, and Cranfield University to develop a fully autonomous, three-passenger air car that’s capable of vertical take-off and landing, or ‘VTOL’, as it is generally shortened to.

Chinese-owned Terrafugia, which shares the same stable as Volvo and Lotus Cars, has big plans for an autonomous four-seater, that can also be configured for cargo, and which will one day be powered by eight battery-powered engines.

German company Evolo has made progress with the Volocoptor, which it claims will be ‘the first manned, fully-electric and safe VTOL [air car] in the world.’

In 2018, Airbus demonstrated its CityAirbus, a battery-powered VTOL air vehicle, designed to carry up to four passengers over congested cities to destinations including airports and train stations in a fast, affordable and environmentally-friendly way.

These are serious players making serious investments in a serious market place. There is no doubt that they expect ‘air cars’ and other air vehicles - piloted and unpiloted, electric and hybrid, VTOL and otherwise - to be filling our skies sooner rather than later. So, what are the remaining challenges?

Challenges for the new age of aviation

Autonomous unmanned flight is already possible, but it needs to be foolproof and super-safe. There must be no risk of any system being hacked. Absolute security is essential.

Every system must be triply redundant and proofed against any possible failure. Engine technology needs to advance if we are to incorporate battery- or even hybrid-technology. Navigation needs to be impeccable. New embarkation and disembarkation areas need to be established, including on rooftop sites in city centres.

Communications need to be clear and easy to use. Navigation systems and collision avoidance technology must be light, robust and powerful. Every air vehicle must behave in a completely predictable way regardless of what is happening to it.

For electric passenger planes, thought needs to be given to how and where they take off and land, and where they can recharge. Battery life and capacity is a challenge but can be overcome.

And last but not least (and depending on when the various technology components have been proven to be safe individually and, more importantly, as a ‘system of systems’) we need new regulations and a dependable infrastructure to allow these aircraft to take to the skies.

So, what’s Thales’s role in this era of change?

Bringing it all together

Let’s be clear. Thales does not make - has no plans to start making - delivery drones, air taxis or passenger aircraft, manned or otherwise. But we have the hard-won skills and experience that are crucial for helping this fledgling industry to develop and thrive. Just as importantly we have decades of experience as a system of systems integrator.

Military-grade encryption; secure communications and data security; avionics; software for automatic flight management; mission planning and control (both civil and military); air traffic management; artificial intelligence; big data analytics; landing systems; radar – sure, we don’t make aircraft, but we have an unrivalled expertise in most of what makes them possible.

That, of course, is one of the reasons we are a founder member of the £67m Digital Aviation Research and Technology Centre (DARTeC), currently being built at Cranfield University to spearhead the UK’s research into digital aviation technology. Once constructed, DARTeC will address challenges such as:

Answering the call of the nation

We strongly welcome the government’s Aerospace Sector Deal, although it’s perhaps the most ambitious and far-sighted challenge yet set out for any sector. It sets the scene not just generally for cleaner, greener air travel, but also the parameters for electric- and hybrid-engined passenger aircraft, both piloted and unpiloted.

There is no doubt the UK government is solidly behind the future of aviation. It correctly recognises the outstanding skills that we have in this country. It wants the UK to take a leading role on the world stage and Thales wants to help make that happen.

We stand ready to help the UK lead the world into the dawn of the future of aviation. 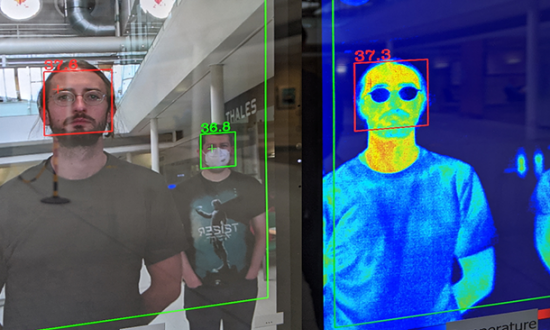 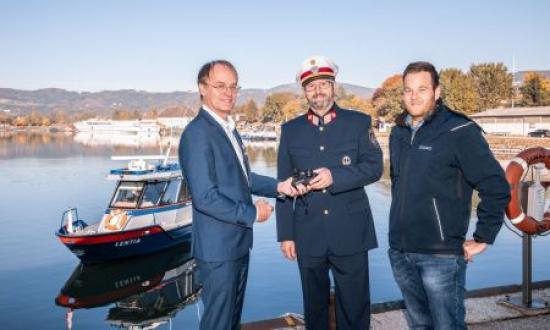 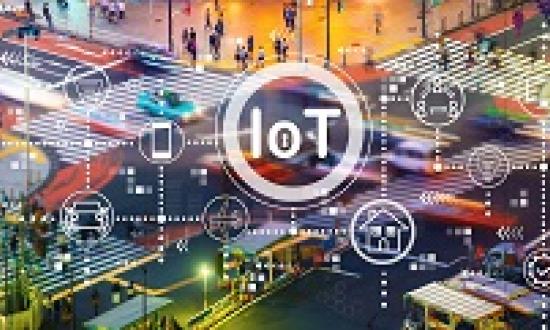