Earlier this year, Thales celebrated 17 years of training pilots in the RAF and the Royal Navy to fly the Tucano trainer aircraft. During that time, our simulator team provided over 45,000 hours of synthetic training to more than 1,000 pilots. Now, as the Tucano retires from service, we have a new mission.

Thales is preparing the nation’s fast jet pilots to fly one of the world’s most advanced and agile fighter aircraft. And we are doing it with the world’s most sophisticated High-G Training and Test Facility. Here’s what you need to know. 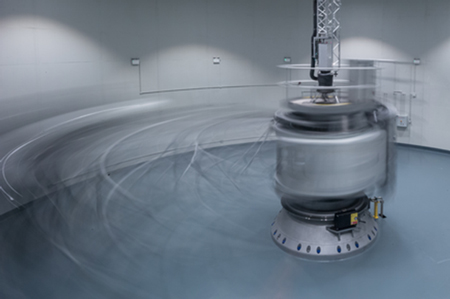 A fighter pilot can be subjected to a force of 9 G (nine times gravity) in an instant. At nine G your head will feel like it weighs 54 Kg, which is roughly the combined weight of eight bowling balls. Each of your arms become, effectively, 38 Kg – about the same as 19 reams of A4 paper. And it happens in an instant. Simulating such brutal effects in a sudden and realistic manner has always been impossible. Until now.

Thales is helping fighter pilots to experience and mitigate the effects of a sudden increase in G-force in a purpose-built £44 million facility at RAF Cranwell in Lincolnshire. At its heart sits an advanced high-G centrifuge: the only one of its kind in the UK and one of only three in the whole world.

Designed to help fighter pilots learn how to cope with the physical and psychological stress of combat, the centrifuge can accelerate the occupant to 9G in just one second.

It’s not just a ‘ride’ like the early centrifuges that we’ve all seen in the Bond films, though. As well as ‘spinning up’ nine times faster, this system incorporates a sophisticated flight simulator with realistic out-of-the-window views, accurate displays and working flight controls with which the pilot can ‘fly’ the machine. This lets the pilot experience (and practise mitigating) the extreme physiological effects of performing sudden high-speed manoeuvres, such as the tight turns which are used in dogfights and missile evasion, in complete safety.

A new age of high-g training and testing 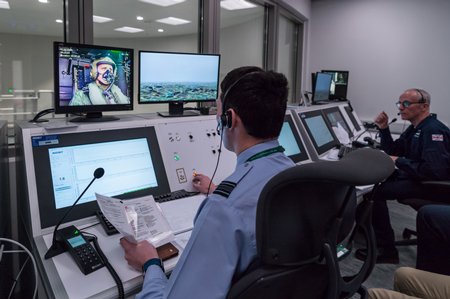 As well as giving the pilot the ability to create and experience high-G manoeuvres, the centrifuge’s simulator is linked to an instructor’s station. This allows the pilot to fly against a virtual opponent in a dogfight, with the enemy aircraft being ‘flown’ by the instructor.

The centrifuge can be equipped and configured to replicate the Hawk T2, the Eurofighter Typhoon and the RAF’s most recent fighter, the fifth-generation Lockheed Martin F35 Lightning. Changing configurations takes just 30 minutes.

The High-G Training and Test Facility can also subject the centrifuge’s occupant to a rapid transition from positive to negative G (down to minus 3G) to replicate one of the most common causes of something called G-LOC (G-induced Loss of Consciousness), a dangerous condition in which the pilot blacks out.

This isn’t just for pilots, though. Equipment can be tested against forces as high as 12G, and medical scientists can get the G profiles they need to study the effects of the extraordinary forces that modern fighter pilots have to endure.

The High-G Training and Test Facility is just one of the latest initiatives with which Thales has supported the RAF and the MoD. We have been training RAF aircrew for 87 of the RAF’s 100-year history. During that time we have developed, delivered and maintained more than 300 complex simulators for 60 different platforms, including the VC10, Tristar, Harrier, Sea King, Jaguar and Hercules C-130K, to name just a few, as well as providing 57,000 simulator flying hours for 600 Tornado pilots. 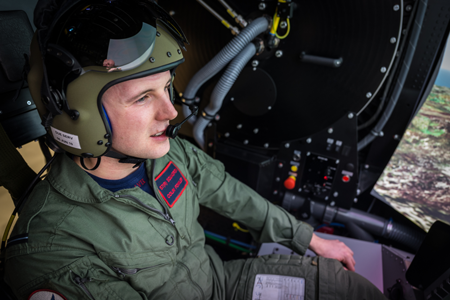 Today, high-G training and testing is essential not just for fighter pilots but for the dedicated teams of medical doctors and scientists who keep them safe as they endure extreme physical and psychological stress. In Cranwell, Thales has created a solution which the UK and our allies can rely on for the best high-G simulation, training and testing capability in the world.

At the time of writing the High-G Training and Test facility was only nine months old but had already trained 433 pilots and 237 others, including a large number of medical professionals. Training has been given to everyone from elementary-level pilots right through to highly qualified flight instructors, across all three types of aircraft.

No one can predict what threats our nation might face in the future. But Thales is helping our military aviators prepare for the unknown. The fast jet pilots we all rely upon to defend our national interests - and the scientists who keep them safe - they rely on Thales. 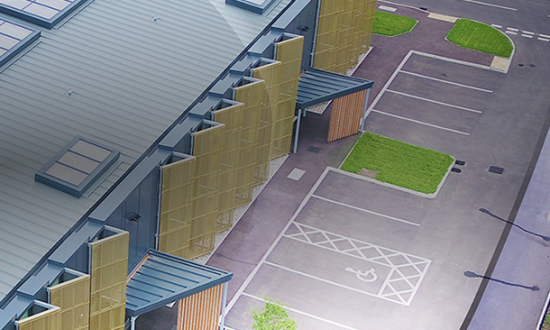 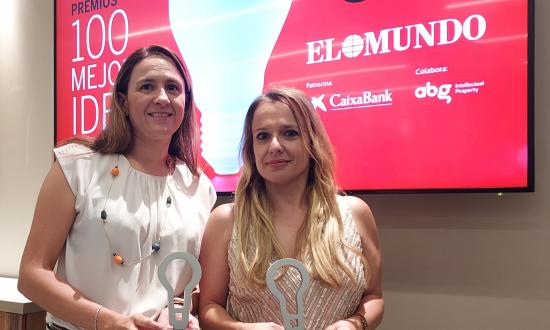