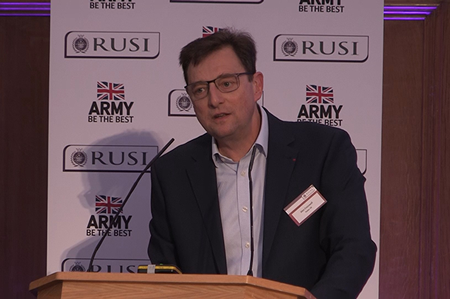 Last week at the RUSI Land Warfare Conference, an event held annually on behalf of the Chief of the General Staff, the question posed was 'How does the military achieve whole force integration'?  For Alex Cresswell, CEO of Thales UK, the answer was simple:  Successful digital transformation of the whole force doesn’t depend on technology, it depends firstly on a shift in approach to unleash innovation in the production cycle and secondly getting digital identity right to allow security and trust of data.

Here is what he said:

The British Army have articulated a vision for the future of Land Warfare through this year’s Integrated Review. It’s a vision of a force embracing a fully digital approach to information advantage – one where every sensor on the battlefield can learn from what every other sensor has ever seen; where threat libraries are automatically updated in real time; where data is shared across all platforms, and artificial intelligence aids human decision-making at every level.

While this approach might be a step-change for the military, the truth is that it’s not especially visionary from a technological perspective – it’s already how we live our digital lives in the civilian world:

When we buy a new smartphone, we don’t question how it will interact with other phones on other networks or worry that we might need to re-wire our house; when we use contactless payments, we don’t need to consider what contract the shop has with their contactless handset provider; when we use face recognition on our phones we’re confident it will be seamless and secure, no matter if we’re logging in to a game or to our bank.

We expect that software and hardware integrate, that improvements and fixes come in little and often updates – and that fundamentally, stuff just works together.

So, in order to achieve similar kinds of integration, what can the military learn from how digital transformation is achieved in the civilian world? I think there are two fundamental shifts we need to embrace in order to unlock the full potential of whole force integration:

The first is about how we approach making and upgrading equipment. We need to adopt a development cycle that’s more focussed on ‘making things better’ rather than ‘making better things’.

And the second is about how we securely connect those things together – where shifting to a ‘digital signature’ approach to security will help to unlock the full potential of integration.

Let’s look at each of those in turn:

‘Making things better’ rather than ‘making better things’.
Currently, military systems are procured and developed using a CADMID cycle: concept and assessment work is done until sufficient uncertainty is removed. Then development and manufacture can follow. And finally, if the product meets the originally stated requirements, it can be accepted into service and put to use.
It’s a cautious and methodical approach, for sound historical reasons. But it’s also linear and transactional – you don’t start the next phase until the exit criteria for the previous cycle are met. This means that engineers don’t interact with users very much at all, and seldom before the concept is already formed – by which point any risks in the original concept work are already baked in, and the potential for the most innovation has already passed.

This is not how digital products are created in the civilian world: their production balances hardware and software development cycles that run at different rates, often utilizes open interfaces that permit parallel developments, and – most importantly – is run along Agile methodologies that focus on short collaborative development sprints. These keep the developer and user in much closer proximity for much more of the project life, and allow much more opportunity for innovation.

Most fundamentally, an agile approach often means trusting that the process will yield significant improvements and innovation, even though it is not always possible to know in advance what those improvements or innovations will be.

This will clearly be a big shift for military development. But there ways in which the two approaches can work together. One could envisage short mini-cycles super-imposed onto the CADMID cycle, using information advantage criteria to determine the priorities and focus.

Digital identity is central to full integration
The more connected and open systems become, the tougher it is to be sure they’re not vulnerable to attack. Clearly, full integration will only be achieved if we can be confident that our systems are completely secure.

At the moment, much military security still relies on separation, the strict control of connection, and the protection of perimeter. This is a bit like strengthening castle walls and changing all the locks to keep people out – but then having to let some of them in through the back door to re-stock the larder or fix the electrics, and not being entirely sure you can trust them.

The civilian world overcomes this by taking a much more data-centric view: it renders data indecipherable at rest or on the move, except to those who are trusted to use it. This means that the heart of effective security is the trusted user. This means identity verification is the foundation of the secure system.

Think of logging on to your bank via your phone: your bank wants to be absolutely sure it’s you before releasing a one-time unbreakable code that allows me to conduct my transaction. And when you log out (or if you’re inactive for a certain amount of time) all trace of the session and any account or security details are erased.

This is made possible because each person carries with them a number of unique identifiers – fingerprints, irises, DNA, even our voices.

The more we can integrate biometry-related cross-checking of identity into military networks, the more we will be able to open up military networks and interfaces, establishing the digital trust necessary to transform information advantage of the whole force.

In summary – successful digital transformation of the whole force doesn’t depend on the technology, it depends on a shift in approach: a focus on building things better will unleash innovation in the production cycle. And get digital identity right, and security and trust will follow. 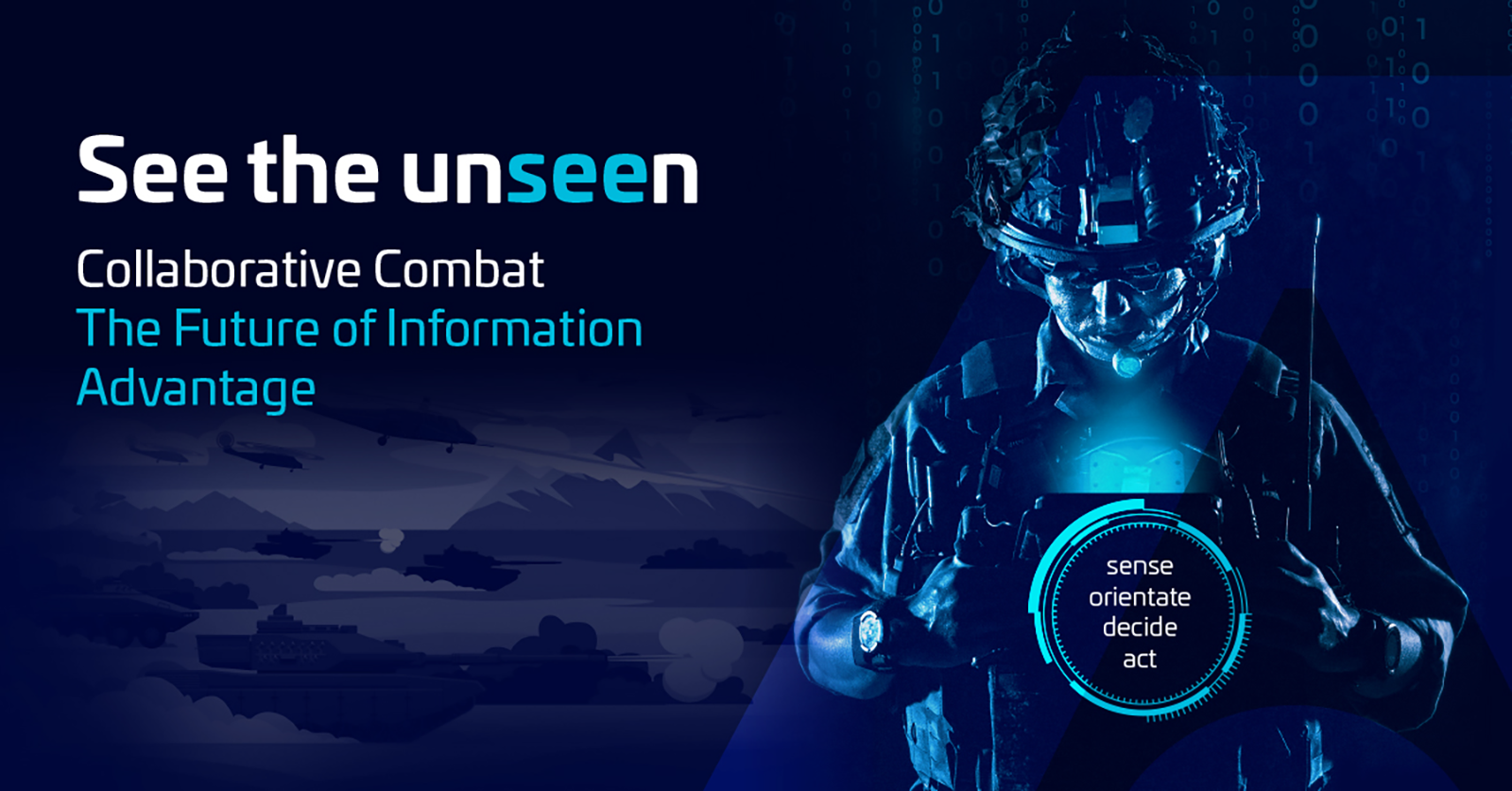 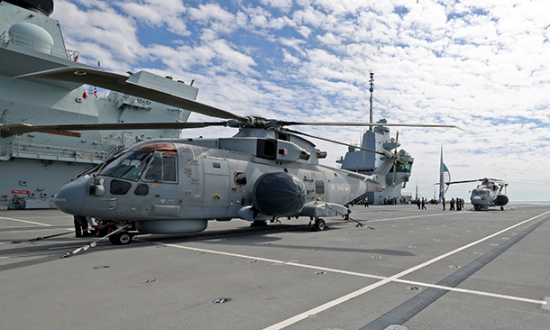