Safer seas with autonomous unmanned vessels for mine countermeasures

Thales has been providing navies around the world with world leading mission capabilities for almost a century. Today, our expertise in maritime technology is transforming the science of mine countermeasures (MCM). Here’s why.

As much as 95% of UK trade, including about half of all our food and fuel, reaches us through the sea. Put another way, that’s goods to the value of well over £500 billion every year. Keeping maritime trade safe, when the majority of it passes through just a handful of chokepoints, is a constant task for the British Royal Navy and her allies. 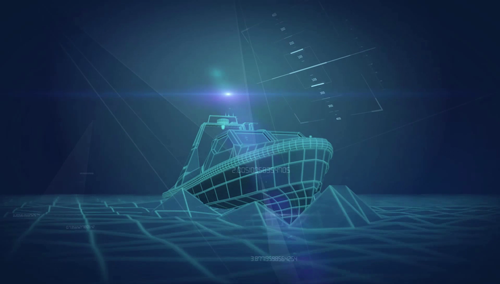 Inexpensive and easy to deploy, mines - which can be improvised by hostile forces - are a growing menace. Until now, clearing them has been a personnel intensive and slow and dangerous process, even with four ships on permanent deployment. But Thales is working with L3Harris under the terms of a recently signed Memorandum of Understanding to create Unmanned Surface Vehicles (USV) to counter the threat safely and quickly.

Thales and L3Harris (formerly known as ASV Ltd) have a long-standing partnership which began in 2012 with the design, build and commissioning of the Halcyon USV. The versatile 11m USV served as a platform to test and develop new concepts of autonomous operation.

L3Harris is a good fit for Thales because of its impressive track record in building a variety of unmanned surface vehicle systems for military, security and offshore energy applications. The history of our partnership and this new agreement give us a great foundation for developing future market leading capabilities, while supporting Thales’ model of forming close partnerships across industry, SMEs and academia.

Together, Thales and L3Harris have developed a new class of USV. The first of their kind, Artemis and Apollo represent an important step towards the next generation of MCM technology.

These first two of these USVs will enter service with the Royal Navy and France’s Marine Nationale in 2020. The culmination of 4,000 hours of trials over a period of 4 years, the boats are equipped with a powerful autonomy engine and our Towed Synthetic Aperture Sonar, which work in unison to detect, classify and locate mines.
Live data and images are streamed to a control centre, which can be many kilometres distant, either on a ship or quayside. When a mine is located, the USV can be equipped to deploy a remotely operated vehicle, which is used to neutralise the threat through assured and accredited communications channels.

Unlike traditional systems on dedicated mine hunting and sweeping ships, Thales’s entire solution is designed to be packed up into a container and rapidly deployed anywhere in the world. It can also be used in multiples and in concert with allied forces, making the clearing of a path through a minefield quicker and safer than ever before.

These particular boats, which are being built to our custom design, are the heart for a system of systems which provides a world leading unmanned MCM capability at a distance and without the risk of sending divers down into harms way.

Now that our ability to build, equip and control unmanned surface vehicles has been fully tested over thousands of hours, we expect it to migrate to other fields such as unmanned anti-submarine warfare, fisheries protection, coastal surveillance and anti-smuggling operations, to name a few.

Some of these may require a different platform or configuration, of course, but the capability has been proven. There is no reason why the technology can’t migrate into new markets and we’re open to approaches from interested parties.