The market for drones is rich with potential. A recent report by the UK House of Commons Science and Technology Committee into the commercial and recreational use of drones referenced a study by PwC which stated that: 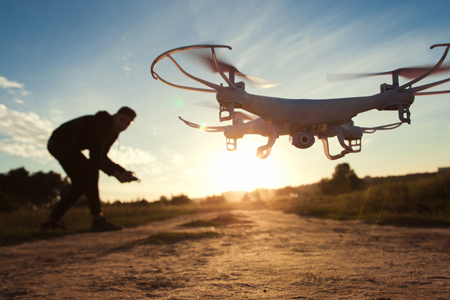 The claim is entirely plausible and the technology, which is characterised by a low entry cost, is already exceeding some expectations.  ‘Serious’ machines capable of shooting broadcast-quality 4K video, with a flight range of 6.2 miles, currently retails at just over £700.  Even the top end commercial-class drones cost only a few thousand.

The low cost and impressive capability of drones has attracted attention in many industries.  Today, commercial drones are routinely used in search and rescue, filming, construction, critical national infrastructure, real estate and agriculture.  The logical progression over the next few years is the development of even more capable machines, ultimately leading to clean and green unmanned, autonomous aircraft, for carrying passengers and cargo.

Today, we stand at the threshold of a new revolution in aviation in which the UK will play a leading role - if we get it right.  But what does that mean?  How do we make the journey from where we are today, to a dominant position in the global economy?

Shining a light down the pathway of progress

There’s a wealth of world-class design and engineering talent in the UK, and no shortage of businesses which want to drive the industry forwards.  But that, by itself, might not be enough.

As drones become ever more sophisticated in the move towards passenger-capable machines, there is a need for convention. The industry must formulate standards in their operation, safety, security and integration with civilian airspace.  We need to create a springboard from which the UK’s innovators can literally reach for the skies. The pursuit of such a framework is what inspired the thinking behind the new £65 million Digital Aviation Research and Technology Centre (DARTeC) project, which Thales helped to found.

DARTeC, whose other members include Cranfield University, Aveillant, Boxarr, the IVHM Centre, Saab, Blue Bear Systems Research, the Connected Places Catapult, IATA, and the Satellite Applications Catapult, with an additional £15.5 million of funding from Research England, was formed to address a number of research challenges such as:

The Future of Flight

The Future of Flight challenge, a £125 million research fund set aside by UK Government, which will be matched with a £175 million investment from industry, is now entering the discovery phase and hopes are high that innovation will be stimulated as entrants work to the various challenges that we face.

It will help us to understand how to develop a new generation of flying taxis, courier drones, and small, all-electric aircraft for lower carbon emission, increased mobility, better connectivity and reduced congestion.  Funding of between £5 million and £20 million will be awarded to the most promising projects. 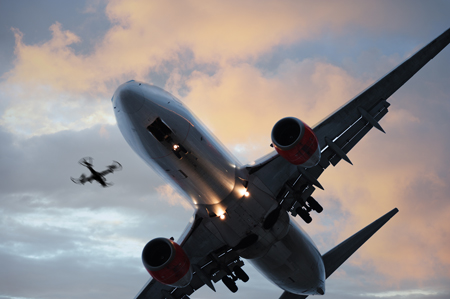 Cranfield University, which has its own airport and the world’s first digital air traffic control centre, is working with Thales, Blue Bear and Vodafone, to establish ‘National Beyond visual line of sight Experimentation Corridor’ (NBEC).

NBEC is an experimental ‘air corridor’ in which drones and unmanned aircraft will be able to fly in the same airspace as manned aircraft. The lessons learned here, and the technology and procedures developed in NBEC, will be pivotal in the development of the new age of drones.  It is hoped that other industry players will avail themselves of the opportunity to work with NBEC.

Uniformity in flight is also important.  In aviation, whether manned or unmanned, every aircraft movement has to be predictable. That’s one of the reasons why Thales launched SOARIZON® – an online management tool which helps pilots, managers and businesses to manage their operations safely and securely, allowing operators to simply and quickly schedule, send and fly, safe and compliant drone missions all over the world, rather than use valuable time in lengthy risk assessment and mission planning exercises.

Available to all industry partners  SOARIZON®, does in hours what might otherwise take days.

If we are to cross the threshold into the mainstream, then industry, science and government must all work together.  Effective collaboration could mean the difference between winning big and losing out.

We need to develop and harness the best avionics technology; the best software for automatic flight management, mission planning and control; the best radar and air traffic management; the most secure communications and the toughest data security.  These are skills that Thales brings to the table and we are inviting others to join us.

Enabling the right research environments, technology testbeds, eco-systems, regulations and commercial models will be crucial for supercharging the drone economy and ensuring that the UK is at the forefront of the next revolution in aviation.

So, we welcome the House of Commons report.  We support its conclusion that the UK Government should do what’s necessary to help our nation to extend our leadership across the globe:

‘We recognise that drone technology is moving at pace, carrying with it a multitude of opportunities and risks.  The Government needs to act to ensure that it can stay ahead of the curve in the future.  The Government should produce a White Paper by Summer 2020 that outlines the vision for how drones will be integrated into UK communities over the coming years.’

Of course, it’s not just the drones and the flying of them that we need to consider.  There are also emerging services and technology to support the drone industry, including insurance, training, maintenance, consulting and support, plus all the supporting technology such as data analytics, data management, sensors and subsystems, flight planning and management, as well as counter-drone systems.  We need to think of everything, and we need to do it now.

Whichever way you look at it, this is big business and it deserves our enthusiastic support and attention if we are to realise its fullest potential.  The UK has some of the best and brightest minds in the industry.  It will be to this country’s extreme detriment if we don’t ride the new wave all the way in. 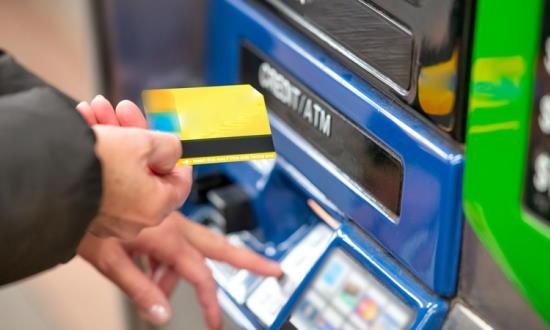