The teams at Thales’s centre of excellence for dismounted soldier optronics in Saint-Héand have been using a new simulation tool since November 2019. Initially developed to simulate airborne optronic solutions, the IMAGE’INN co-design and demonstration lab has been in use at Thales’s facility in Élancourt since 2013, where it has repeatedly proven its value as a design aid.

Since 2019, it has allowed the soldier optronics teams at Saint-Héand to work more closely with operational personnel, collating the requirements and insights of end-users at every stage in the design process, from needs definition to demonstration.
The XTRAIM weapon sight was the first product to be designed at Saint-Héand using the IMAGE’INN tool since Sophie Ultima and Sophie Optima, the latest additions to Thales’s popular range of thermal imagers.

The Saint-Héand teams met regularly with end-users, using IMAGE’INN to choose the best options and produce the first virtual prototypes of the new XTRAIM weapon sight. They then built a demonstrator, which was further optimised in conjunction with users until a final design was nailed down.
IMAGE’INN relies on a database of realistic images of theatres of operations developed with the Training & Simulation teams at Thales’s Avionics business. A military advisor helps to add concealed threats to the images and develop animated scenarios of operational situations. The IMAGE’INN software then simulates a whole range of weather conditions — rain, fog and various lighting levels, from bright sunlight to near total darkness — to demonstrate different ways of revealing the concealed targets (IR, IL or IR+IL). 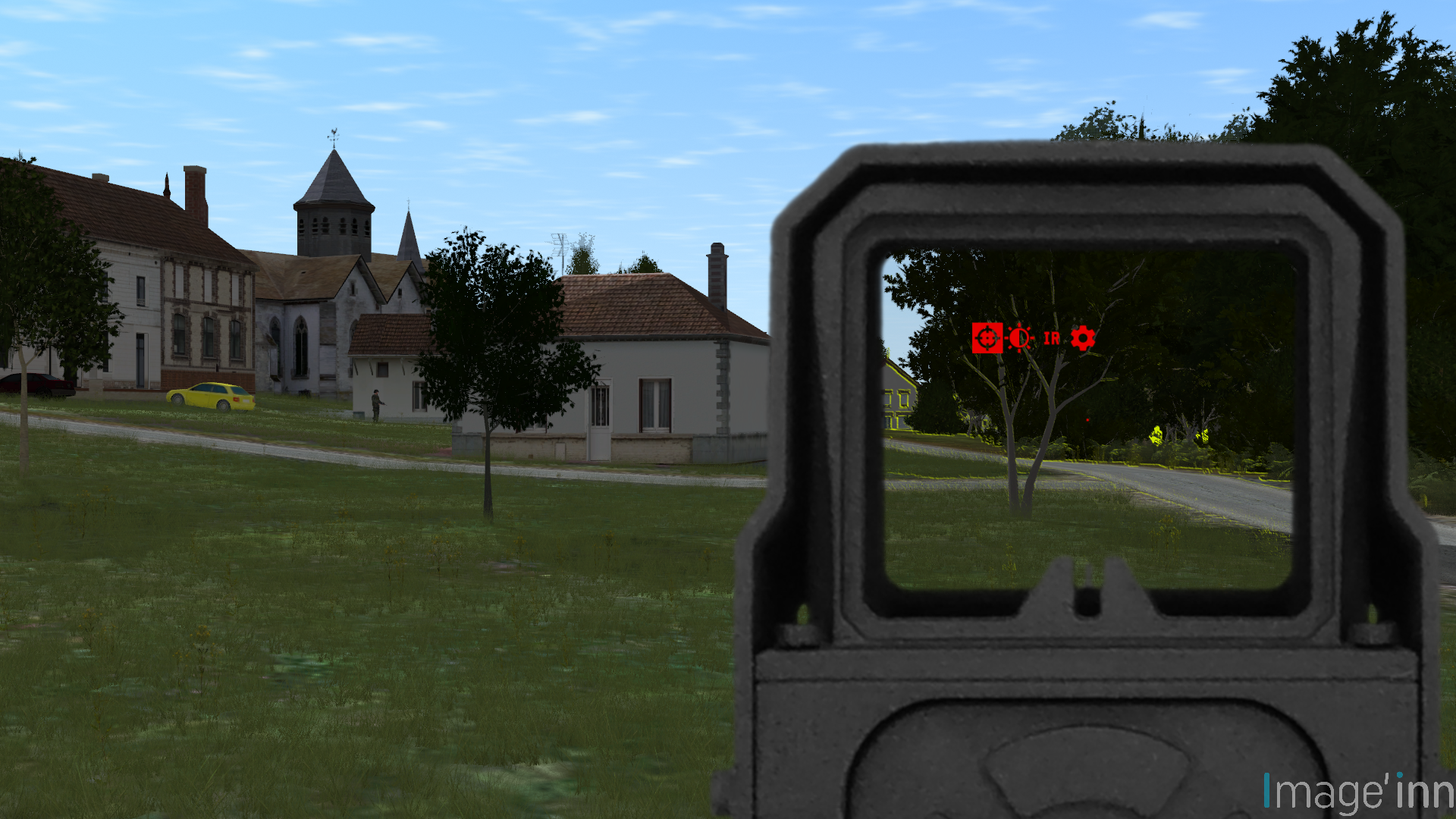 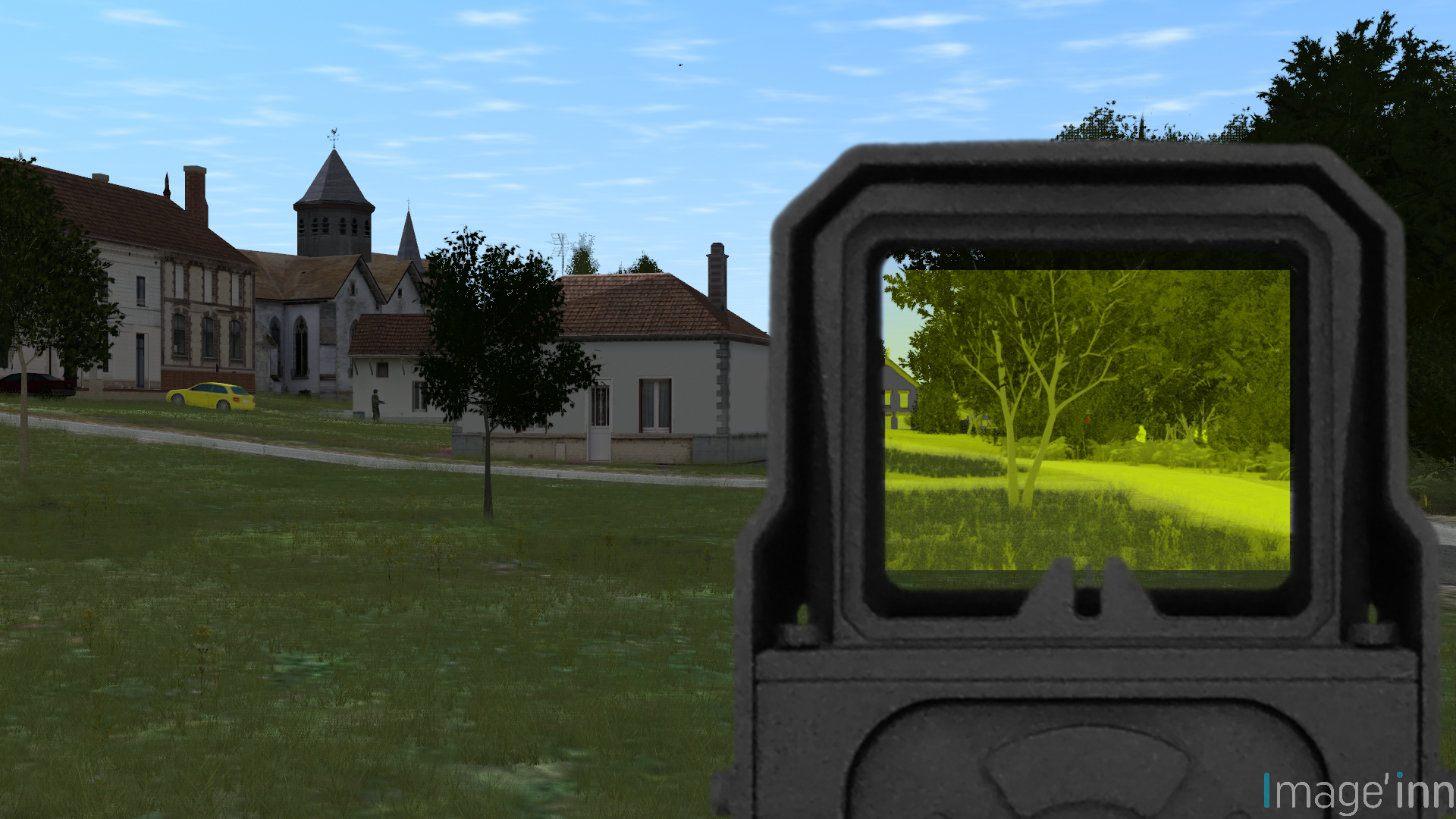 With IMAGE’INN, the main features and interfaces of XTRAIM could be quickly prototyped, and this virtual prototype then served as the visual basis for further demonstrations and developments. One of the next major challenges with XTRAIM was to build a demonstrator from the virtual prototype in record time.
“Personnel from a range of conventional forces and special forces units worked with the demonstrator from the earliest design phase. Thales was able to capitalise on their feedback, both inside the IMAGE’INN environment itself and in highly realistic firing conditions outdoors. Once we had fully understood their requirements and constraints, we were able to offer them solution that exactly matches their actual operational needs.” Xavier Gonon – Product Design Authority
XTRAIM is a revolutionary weapon sight solution. In a single lightweight and compact package, it combines a reflex red-dot sight, a thermal night sight and a day/night target decamouflage capability, which was previously not available to assault rifle users. The new product also has an outstanding ergonomic design and is optimised for high maintainability. It is ready for collaborative combat, designed to accommodate new developments and future technologies, and is compatible with the entire range of Thales night vision goggles.

The XTRAIM development teams at Saint-Héand are proud of the new weapon sight, which was co-developed with the customer and is now ready for operational service. By augmenting the soldier's perception in the battlespace, XTRAIM enables dismounted infantry to make faster and more informed decisions and helps to keep them safe.