Production begins on the military radio of the future 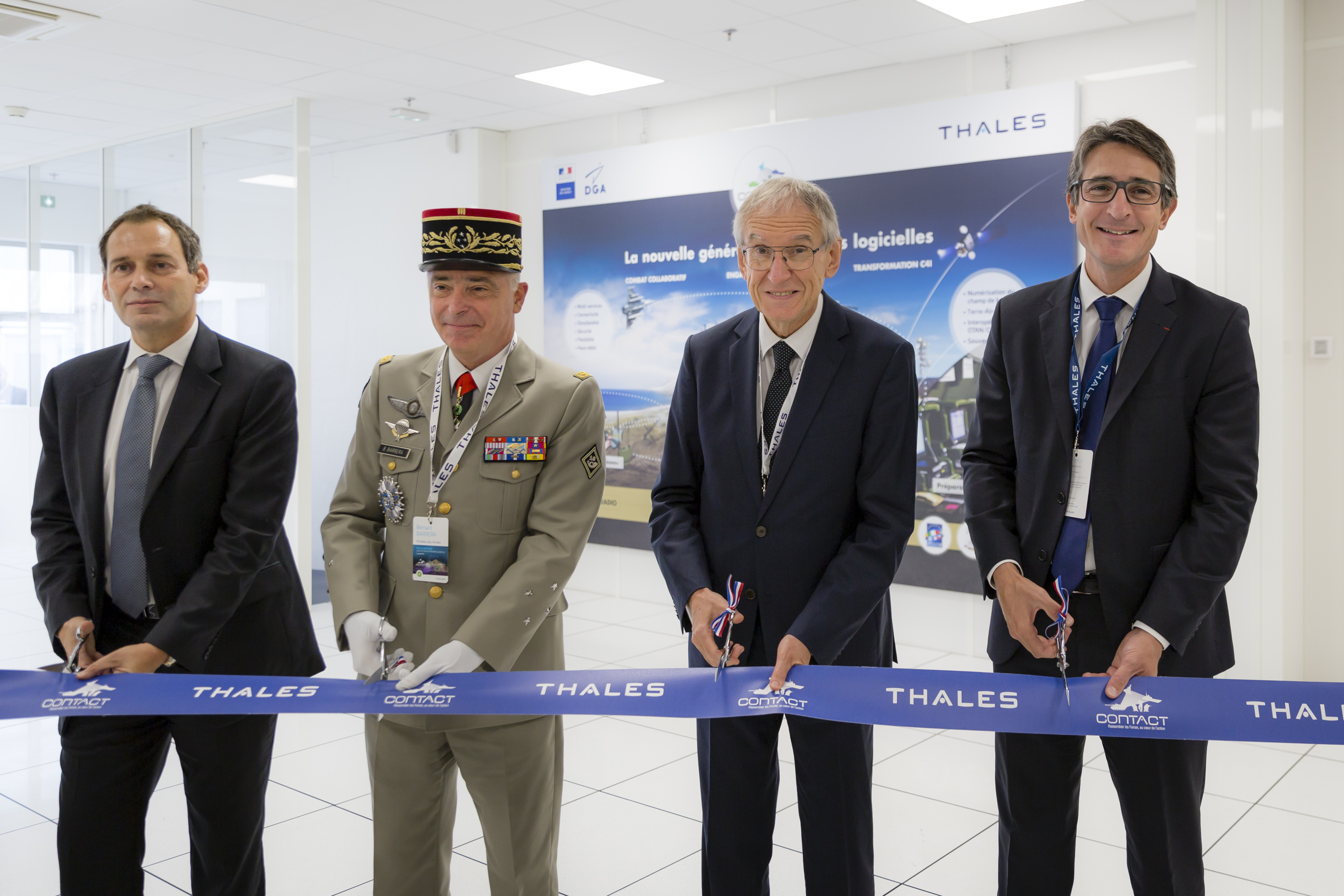 On September 17 in Cholet, Thales inaugurated a state of the art CONTACT radio production facility In the presence of Patrice Caine, Marc Darmon, EVP Thales, Bernard Barrera, Lieutenant General of the French army, and Joël Barre, Chief Executive of the DGA (French defence procurement agency). The inauguration of this production line is the culmination of six years of development following the award of the tactical radio contract by the DGA in 2012.

The CONTACT programme includes the development, production and support of secure military radio communications systems for the French armed forces. Over the duration of the contract it will include the fabrication of 25,000 radio posts and 10 years of support.

With CONTACT, Thales is taking a decisive technological step for connected collaborative combat. This programme, unique in Europe, brings a real system dimension with the networking of combat platforms, sensors and effectors.

The tactical aspect of the programme plays a key role in the SCORPION collaborative combat system, thanks to real-time and high-speed communications between sensors and effectors integrated in the vetronic systems and information systems in the Griffon multi-role armoured vehicle and and Jaguar Armored Reconnaissance and Combat Vehicle. The aerial component provides aero connectivity, particularly in the context of the Rafale F4 and more generally in the Future Air Combat System.

A dedicated production facility for next generation radio

To meet the demands of this large-scale high-tech programme as well as future export needs, Thales has invested in the development of a Factory 4.0 facility in Cholet.

The facility will produce 100 radios each month, at roughly a rate of one piece of equipment every two hours. Production for the aeronautical aspects of the programme will be assured at a later date on the Group’s site in Brive. The programme implicates today around 1000 people across the SIX GBU, and is a generator of employment. The Group is currently recruiting around 100 new collaborators to work on the programme.

A ceremony to mark the start of production

On September 17, the Group’s senior management and representatives from the programme procurement agency and the end client, were joined at the ceremony to mark the start of production of this new facility by Jean-Pascal Laporte, Director of the Industrial Competence Centre in Cholet, Laurent Morin, Director of the CONTACT Programme at Thales, and Hervé Derrey, SVP COO SIX.

Following the introductory presentations and traditional ribbon cutting ceremony, the invited guests and journalists were given a tour of the new facility where they also had the opportunity to meet some of the people working on the production of the CONTACT radio systems.

The CONTACT programme involves the design and production of 'revolutionary' new radio sets, equipment and systems. This equipment will allow the immediate transmission of information in all its forms (voice, video, chat, broadband data ...) to all soldiers in a theater of operations, cutting drastically the time needed to plan missions and take decisions.

Beyond CONTACT in France itself, the challenge of this unique programme is to renew the Group's product portfolio in the field of collaborative tactical, aeronautical and naval software radio. This new solution is marketed worldwide as SYNAPS.