Research into particle acceleration might just be on the threshold of a revolution. In the ongoing quest to understand the universe, humankind needs new tools to accelerate particles to even higher speeds so we can delve further into the infinitesimally small building blocks of matter and uncover new mysteries. The problem is that conventional particle accelerators rely on increasingly vast structures to achieve higher energy levels. Particle acceleration based on laser-plasma interaction is therefore a particularly compelling alternative.

A traditional particle accelerator propels electrically charged particles (for example protons or electrons) at very high speeds, close to the speed of light. The particles are directed at a target, or at other particles moving in the opposite direction. The resulting interactions allow physicists to probe the world at the level of atoms, the infinitesimally small building blocks of the universe, and uncover the secrets that reside there.

Particle sources which provide streams of ions, protons or electrons make a vital contribution to various fields of scientific endeavour, including medicine, biology and chemistry. Synchrotrons are one well-known type of particle accelerator, but they tend to be huge, often exceeding 300 metres in diameter.

Furthermore, the world’s biggest particle accelerator, the Large Hadron Collider at CERN in Geneva (Switzerland), is 27 kilometres long and is already planning to build a larger one, up to 100 km long.

Particle acceleration technology based on laser-plasma interaction, which can reduce the distances required to accelerate particles by up to a factor of 1,000, looks like a perfect fit for this situation.

It was in 1979 that the American physicists Toshiki Tajima and John M. Dawson first proposed using plasma created using a laser to accelerate particles – mainly electrons, but also protons and other charged particles (ions). Plasma is one of the four fundamental states of matter (the other states being solid, liquid and gas). To create a plasma, a high-power laser is focused on a target, such as a gas (when accelerating electrons) or a fine solid (for protons). The powerful laser beam instantly ionises the atoms when it interacts with the solid or gaseous material. This means that the electrons become separated from the atomic nuclei to which they are attached. It is this ionised state that is referred to as plasma.

The laser does not accelerate the particles directly in the direction of propagation of the light pulse. Instead, like a boat on a lake, the laser’s electromagnetic wave pushes through the plasma (in the case of an ionised gas) and separates the negatively charged particles (the electrons) from the remainder of the plasma, generating a wave that resembles a boat's wake. The extremely strong accelerating fields make this plasma wave –alternatively positively or negatively charged – particularly effective at accelerating high-energy particles. Electrons gather speed as they “surf” the wave field. From their initial position at rest, they accelerate away from the target at an astonishing rate, close to the speed of light (300 000 km per second). This acceleration allows very high energies to be achieved over very small distances (of the order of a few millimetres), potentially leading to very significant gains in terms of volume. 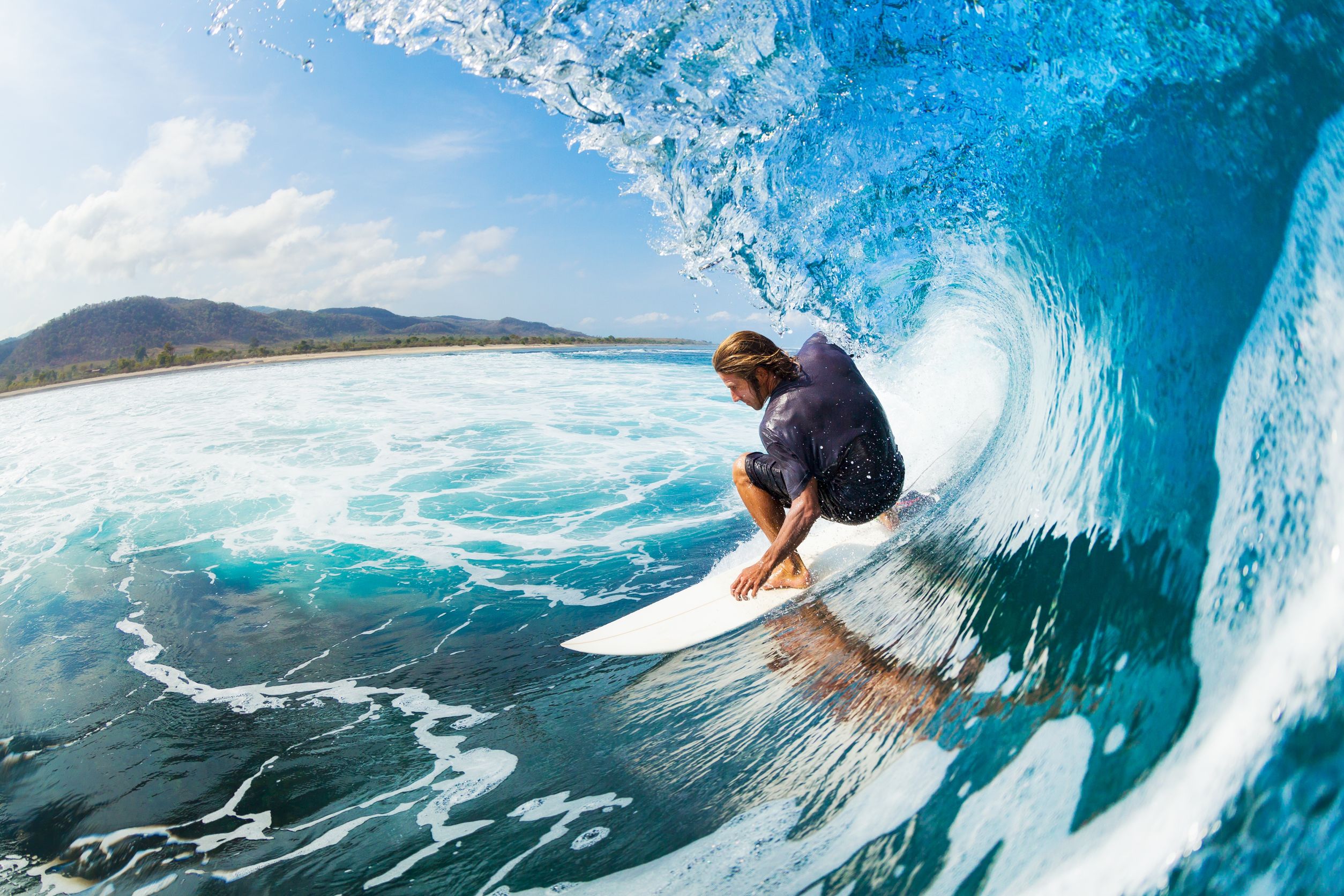 Thales’s femtosecond lasers boast an unrivalled international reputation in the scientific field. In 2017, the 1-PW (petawatt) BELLA laser, installed at the prestigious Lawrence Berkeley National Laboratory in California, achieved a world record for laser particle acceleration, accelerating electrons to an energy level of almost 8 gigaelectronvolts (8 GeV). In March 2019, the high-power Thales laser system installed at the ELI-NP project in Romania generated the first pulses at a world record peak power level of 10 PW. In August 2020, for the first time in the world, ten consecutive 10-PW shots (23 fs/>240 J) have been measured at the places of experimental chambers of ELI-NP after propagation through the beam transport section.

One of these chambers will be dedicated to electron acceleration, with the aim of reaching energy levels of tens of GeV, the longer-term goal being to achieve even more than 100 GeV.

The other experimental chambers will be used for acceleration of protons and ions and for experiments aiming to understand the fundamental mechanisms of nuclear physics, such as the formation of matter at the heart of stars, the very origin of life as we know it.

At the DESY Electron-SYnchrotron research facility in Germany, an electron beam accelerated using the ANGUS 200-TW (terawatt) laser provided by Thales operated under highly stable conditions for around thirty hours.

“High-intensity lasers from Thales are a vital and fully mature building block of laser-plasma technology. Laser-plasma acceleration will drastically reduce the size and cost of the electron accelerators of the future. A genuine technological revolution is under way which will help science address the challenges facing society today.” Franck Leibreich, Thales Director of Laser Solutions.

Technological advances achieved by laboratories and research teams are often utilised in a range of applications. Laser-plasma acceleration technology is no exception: its capabilities have already been demonstrated on a laboratory scale in a number of areas.

In cancer treatment, for example, electron beams produced using laser-plasma accelerators could provide an alternative to conventional X-ray radiotherapy, which offers insufficient tissue penetration (to a depth of only 10 cm) and causes considerable damage to healthy tissue, and proton accelerators, which are not widely used because of their high cost, despite their greater effectiveness for cancer therapy. Emerging cancer treatment techniques that use high-energy electron beams are referred to using the term electron beam therapy.

Laser-plasma acceleration technology should also help our understanding of chemical reactions, such as changes that take place at the level of water molecules for example, a key step in understanding the evolution of all living things.

For radiography applications, electron energy can be converted into gamma radiation, enabling much more precise detection of suspicious zones in the human body, or defects in mechanical structures such as aircraft or car engines, aeroplane landing gear, submarine hulls, and nuclear power plant containments.

Biologists and radiobiologists are also taking a keen interest in potential applications, which include the study of new phenomena within ultra-short timescales (significantly less than 100 femtoseconds (fs)).

Laser-plasma acceleration offers huge potential. Thales – often working in partnership with other players in the segment – is already focused on the production of compact, robust, reliable systems to meet the needs of all users, and has filed patents for related inventions.

It looks like the future of laser-plasma acceleration is starting to take shape.

Read more about electron beam acceleration at DESY in the following scientific paper published 18 August 2020 by A Maier and his colleagues at DESY: https://journals.aps.org/prx/abstract/10.1103/PhysRevX.10.031039