Exploring Mars: from one “Opportunity” to another

When we think about the universe, we all feel like we’re riding an emotional roller coaster, from fear to surprise to wonder.

A couple of weeks ago we were all sad, as we said goodbye to NASA’s incredible rover, Opportunity. 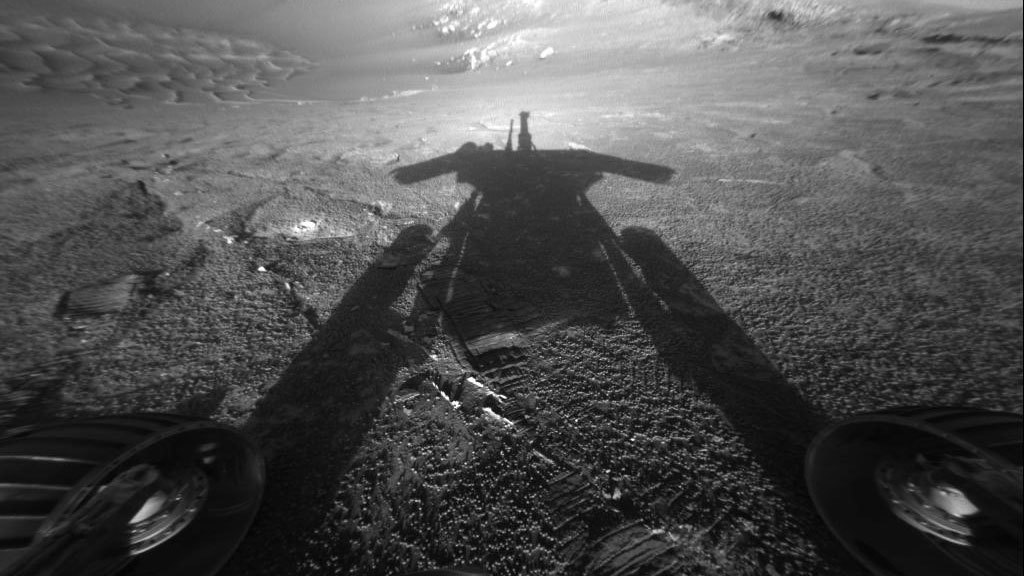 Opportunity is the champion Mars rover to date, surviving for over 14 years, far more than expected, and traveling 45.16 kilometers (28.06 miles), while sending more than 217,000 images of Mars back to Earth.

No signal has been sent or received from Opportunity since June 10, 2018, when a massive sandstorm blanketed its location. NASA’s engineers made several attempts to restore communications, but after almost eight months with no contact, the Opportunity mission has been officially declared as completed.

Opportunity’s astonishing performance helped NASA discover traces of hematite, a mineral that forms in water found in the Endeavour crater, it may indicate the existence of water on Mars in ancient times.

This discovery implies that conditions in Meridiani Planum may have been suitable for Martian life in the past.

Back to the future

Opportunity’s findings mark a turning point for future research on the Red Planet. In July 2020, both NASA and ESA will be sending missions to Mars that include rovers to search for past or present microbial life. ESA ExoMars’s Rover Module will drill into its soil where possible life is unaffected by cosmic radiations hitting the planet’s surface.

Both of these search efforts are vast. Europe’s own ExoMars* mission alone involves a consortium of about 100 companies, with Thales Alenia Space as overall prime contractor.

Meanwhile, the Trace Gas Orbiter (TGO) from the ExoMars 2016 mission, built by Thales Alenia Space, continues to orbit the Red Planet, with scientific instruments still operating as expected. But all eyes are on ExoMars 2020.

Thales Alenia Space will coordinate operations on this latest mission, as well as developing some key components, including the guidance and navigation systems for the carrier and descent modules and the onboard laboratory.

Are there little green Men on Mars? Towards mid-March 2021, ESA’s ExoMars Rover will touch down on Mars. From the Rover Operation Control Center (ROCC) at Altec ( iniside Thales Alenia Space’s Turin site) we will be able to look for the proverbial “little green men” on Mars… or at least for a trace of present or past life.

Mars, Venus, Mercury, Titan, the Moon, asteroids, comets… Thales Alenia Space is a pivotal partner in all of Europe’s fantastic missions across the Solar System.

The best is yet to come.

* ExoMars is an exploration program conducted by the European Space Agency (ESA ) in a broad cooperation with the Russian space agency Roscosmos, designed to study the Martian environment, atmosphere and soil. It will generate huge volumes of data to feed scientific research for many years to come. Thales Alenia Space is prime contractor on both ExoMars missions, 2016 and 2020, at the head of an industrial consortium. Within the consortium, Leonardo will provide the soil sample drill, OHB the carrier module and various rover instruments, while the rover, named after Rosalind Franklin, is supplied by Airbus Defense & Space. NPO Lavochkin will build the descent module and its landing platform.