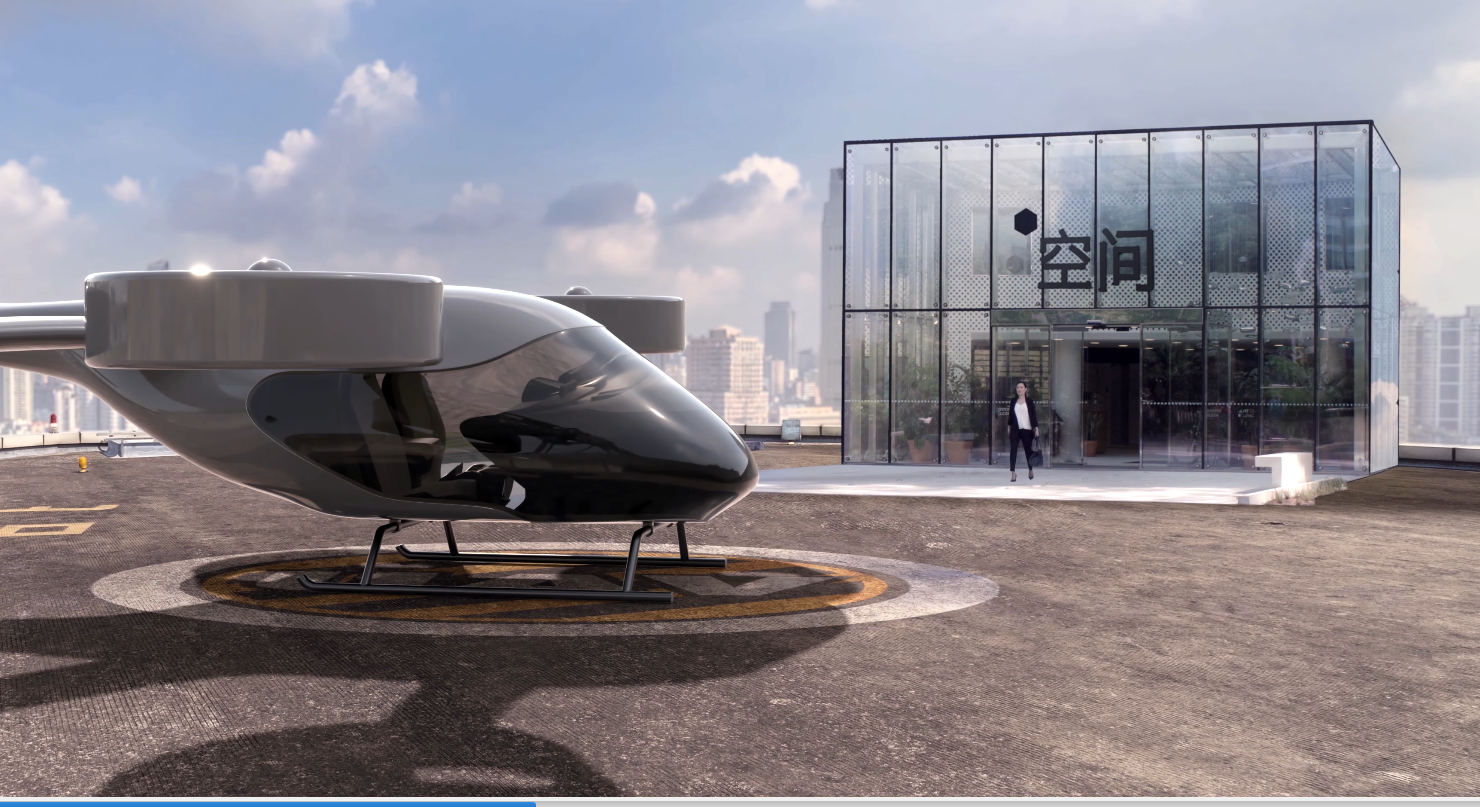 Paris, May 2040. Manon is up earlier than usual this morning. Her flight to New York leaves in two hours. The air taxi she’d booked last night is arriving soon. So, and she knows it won’t be late. She has just enough time for a shower and coffee before heading outside.

She tracks the approaching drone on her smartphone and watches it touch down softly in front of her. As the doors slide open she climbs inside, ready for the short hop to Paris Charles de Gaulle airport.

The electrically powered craft makes hardly a whisper as it lifts off. The only sound – barely audible – is the gentle whir of the propeller blades. Manon’s ride today is a fully automated unmanned drone. She’ll be at the airport in around 20 minutes’ time.

Gazing out of the window, she watches Paris whizz by below and sees aircraft of all shapes and sizes dance to and fro in the skies above – from air taxis just like hers, to delivery drones carrying parcels and medical supplies, police drones and air ambulances.

It wasn’t that long ago that the first prototype air taxis took to the skies above the city – 2024 in fact, when Paris hosted the Olympic Games. But urban air mobility has come a long way since then.

Getting here hasn’t been easy. It’s meant new technologies, new laws, new air traffic management protocols, and much more besides. It’s been nothing short of a revolution. And Thales has been there on the front line.

Back to 2021. Thales is staking out its position in the emerging urban air mobility market, drawing on a very rare combination of technologies and expertise spanning communication and air traffic management systems, navigation aids, onboard electronics, cybersecurity and more.

Our unmanned aerial systems are expanding flight capabilities while helping to make airspace safer and more secure – for aircraft occupants and for operators on the ground. Here’s how:

• Before deploying our systems in real-world settings, we use digital twins to test and develop our technologies. This life-like virtual environment also gives operators a glimpse of what airspace will look like in the future.

• With our collision avoidance system, unmanned aircraft are able to detect and avoid obstacles in the airspace around them, such as buildings, tower cranes, birds and other unintentional or more sinister threats. What’s more, this highly secure technology is interoperable with conventional civil aviation systems, meaning airliners and drones will be able to safely occupy the same airspace – especially the busy skies around airports.

Thanks to their small, lightweight design, these cutting-edge systems limit energy consumption while unmanned aircraft are in flight. And because they’re fully automated, these technologies are taking autonomous flight to new frontiers – a first step towards a future in which unmanned air taxis become the norm.

With advances in unmanned aerial systems, traffic in the skies above us will become increasingly dense. So as we enter a new era of urban air mobility, city and regional authorities will need to be ready for some significant challenges ahead.

Thales will be there by their side, with services and technologies built on decades of experience in air traffic management:

• Our experts will support city and regional authorities as they structure their low-altitude airspace, helping them identify air traffic corridors, as well as no-fly and emergency landing zones.

Because our technologies are collaborative by design, they connect every part of the drone ecosystem – from city and regional authorities, to law enforcement, businesses and individuals. And because our infrastructure is hosted entirely in the cloud, it’s flexible enough to adapt seamlessly to changing conditions: computing power can be quickly adjusted to cope with a sudden spike in traffic, for instance.

As we look ahead to the dawn of urban air mobility, Thales is adopting a deliberately pragmatic and incremental approach. To pin all our hopes on disruptive technology would be to gamble on an uncertain future. In fact, many of tomorrow’s unmanned aerial systems already exist today. So at Thales, we’re focused on fine-tuning and future-proofing the technologies we already have in place.

Getting ready to land

Manon is still on the way to the airport in her air taxi. It’s been an uneventful journey. The flight management and collision avoidance systems are working together seamlessly. The ScaleFlyt Data Link system is sending the unmanned aircraft’s position to the supervision platform, which relays the information to nearby delivery drones so they can give way.

On the ground, air traffic controllers alert the operator supervising Manon’s air taxi that an airliner is about to pass by. The airport is drawing near and it’s the drone’s turn to give way. The air taxi’s decision-making is based in part on the navigation capabilities of other aircraft. An airliner can’t stand still in the air. But a drone can.

As scores of aircraft dance through the skies, it all looks perfectly choreographed. But none of this would be possible without countless real-time data exchanges and calculations – all happening at a frenetic pace. It’s enough to send anyone’s head into a spin, not least when they’re several hundred metres up in the air.

Manon’s taxi has arrived slightly ahead of schedule, so it's the last thing to cross her mind. After all, why worry when everything works like clockwork? Another time, perhaps... 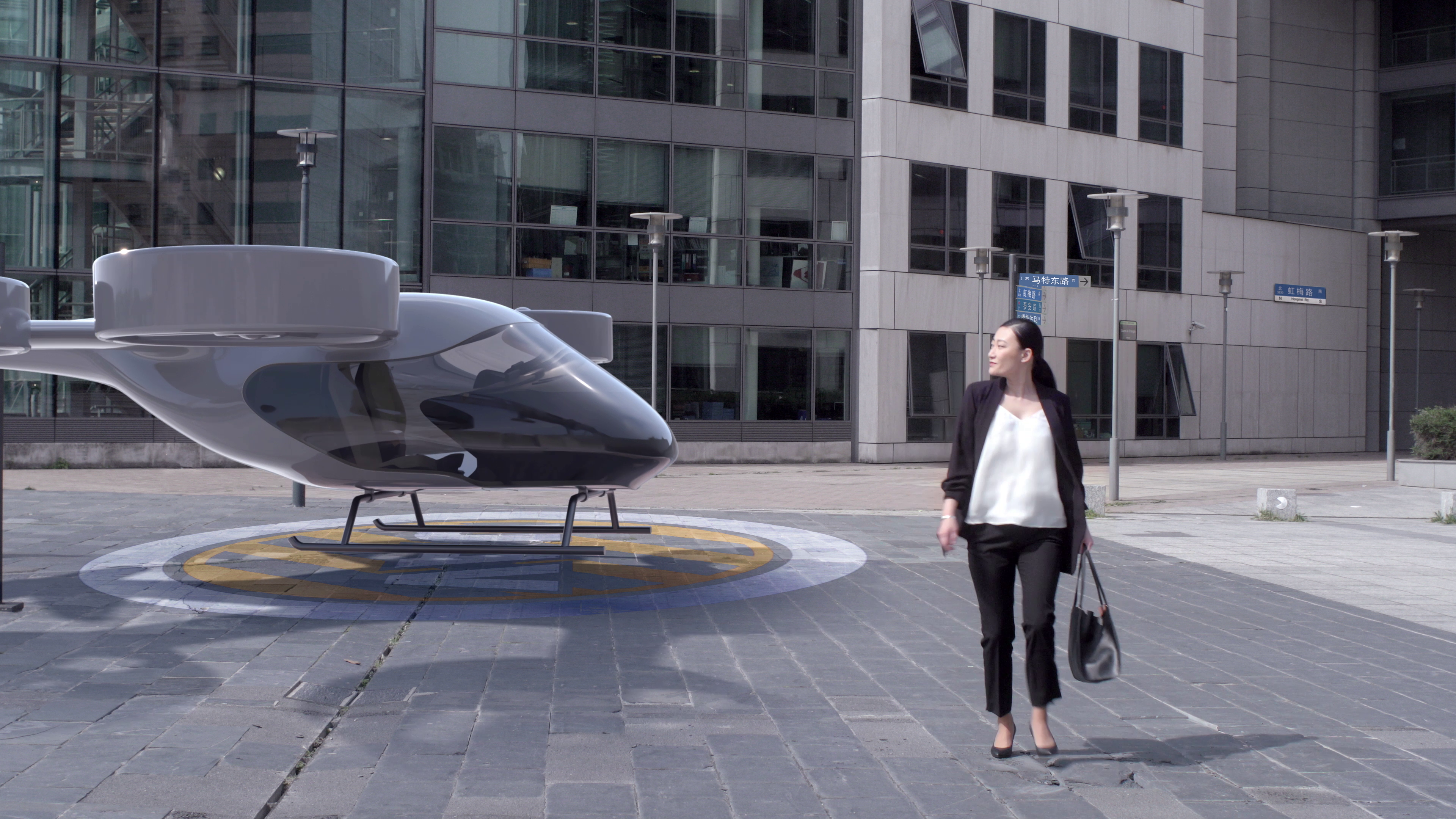