With the emergence of new forms of warfare and new generations of weapons, airland combat has a decisive role to play, calling for radical changes in land forces operations. A paradigm shift has taken place over the last fifteen years due to a combination of factors.

First, urban terrorism has become more extremist both in terms of the number of human casualties and the symbolic significance of the attacks.

Terrorist organisations and armed revolutionary groups like Al Qaeda, Islamic State and others are keen to project strength and power far from their direct sphere of influence.

This displacement of violence is accompanied by an information war aimed not only at shocking public opinion in the West, but at creating a climate of tension in the societies targeted, destabilising them where possible and advancing the assailant’s ideology within the population.

Second, opponents are no longer armed groups like the Red Army Faction or Action Directe, or nationalist organisations like the PLO or ETA. They are more like emerging states, the Islamic State group being a case in point, with a territory, an administration and substantial financial resources. They also have well-equipped armed forces, compelling their opponents to focus less and less on counter in surgency and increasingly on high-intensity conflict.
And third, we are seeing a re-emergence of former major powers, which have the will and the means to acquire powerful, high-tech military capabilities. With defence technological and industrial bases that are modern or under development, these states are not only able to compete with Western companies in export markets, but can also supply extremely powerful defence equipment to other powers that can afford it.

1. The West will no longer have air supremacy by the year 2030, according to research estimates.
2. Information warfare is playing an increasing role in today’s conflicts.
3. Western nations must rethink the size of their armed forces and deployment strategies. 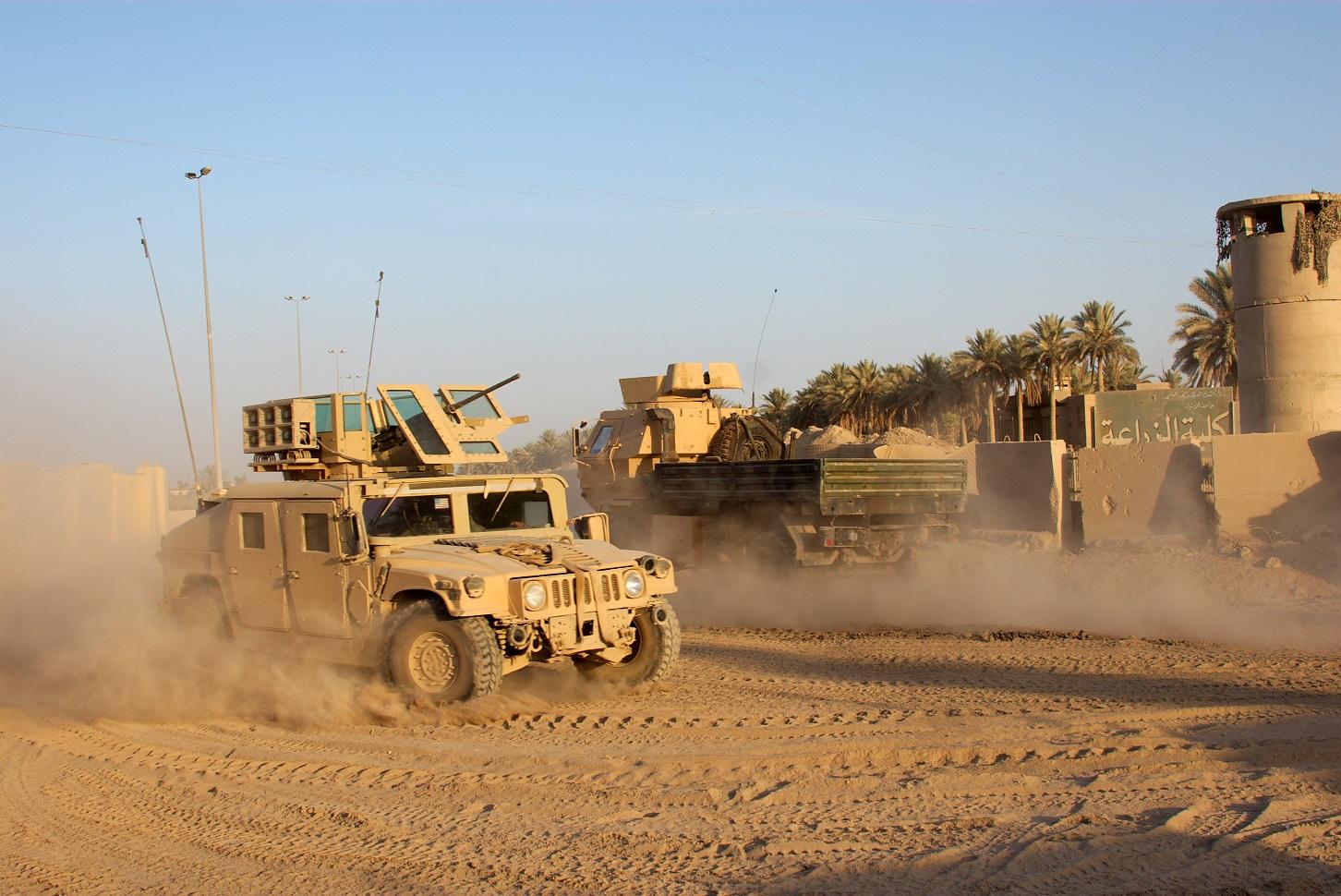 The corollary of these three key developments can be found in today’s conflicts. First, theatres of operations have expanded, taking on an intercontinental dimension that has not been seen since World War II. The Sahel- Saharan region, Syria, Iraq and European nations affected by terrorism now constitute a single theatre of operations, where we face the same enemy on the home front and abroad. Warfighting is no longer limited to external operations. We are seeing a return to territorial defence and an increasingly clear continuum between defence and security. Today we are in an age of hybrid warfare, a combination of conventional counter-insurgency and high-intensity combat to counter the growing military capabilities of the armed groups we face (armoured vehicles, man-portable air defence systems, etc.). Counter-terrorism efforts can no longer simply include intelligence gathering by governments, intervention by security services and prosecution by the judicial system. They must combine all forms of combat — conventional counter-terrorism, counter-insurgency and full-scale armed confrontation.

Nor has information warfare ever been waged on such a scale or played such an important role. Opponents striving for mass mobilisation (cyber levée en masse) communicate extensively and exert their influence through social media and channels that are difficult for a democratic state to suppress.

In view of these radical changes, Western nations must rethink the size of their armed forces and their deployment strategies. Artillery, for example, will once again play a decisive role. Land forces will also need to focus on producing mass effects by deploying more personnel, developing collaborative combat and optimising joint operations. Above all, modern armed forces will need extremely effective C4ISR (Command, Control, Communications, Computers, Intelligence, Surveillance, Reconnaissance) capabilities.

Digital technologies play a crucial role in training, with advanced simulation techniques helping personnel to learn how to use their equipment long before they are deployed in the field.

SCORPION, the key to collaborative combat

Faced with an adversary that commits acts of violence both in its immediate sphere of influence and in the very centre of Paris, the French Army must be able to adapt and to overcome these forces whatever hostile methods they employ.

SCORPION is the response to this requirement. By 2020, this programme, in which Thales is a key player, will integrate all French land force units engaged in a theatre of operations to form a single collaborative fighting system. This system of systems will use a C4ISR architecture to interconnect French Army infantry, heavy and light mechanised units, artillery, light aviation, UAVs and all related assets, enabling them to share real-time intelligence, coordinate actions accordingly and in turn achieve significantly greater effects.

SCORPION will also be the nerve centre of France’s entire joint forces command and control system. It will enable all forces to form a seamless network, with the ability to deploy, evolve and dissolve as required. It will be possible to add or remove joint tactical elements and reconfigure the force as required to offer an effective response whatever the nature of the conflict.

As a result, these smaller, optimized forces — connected via Thales designed CONTACT software-defined radio systems, for example — will be able to act anywhere, swiftly and effectively, even in theatres hundreds of miles away where they had no previous footprint. 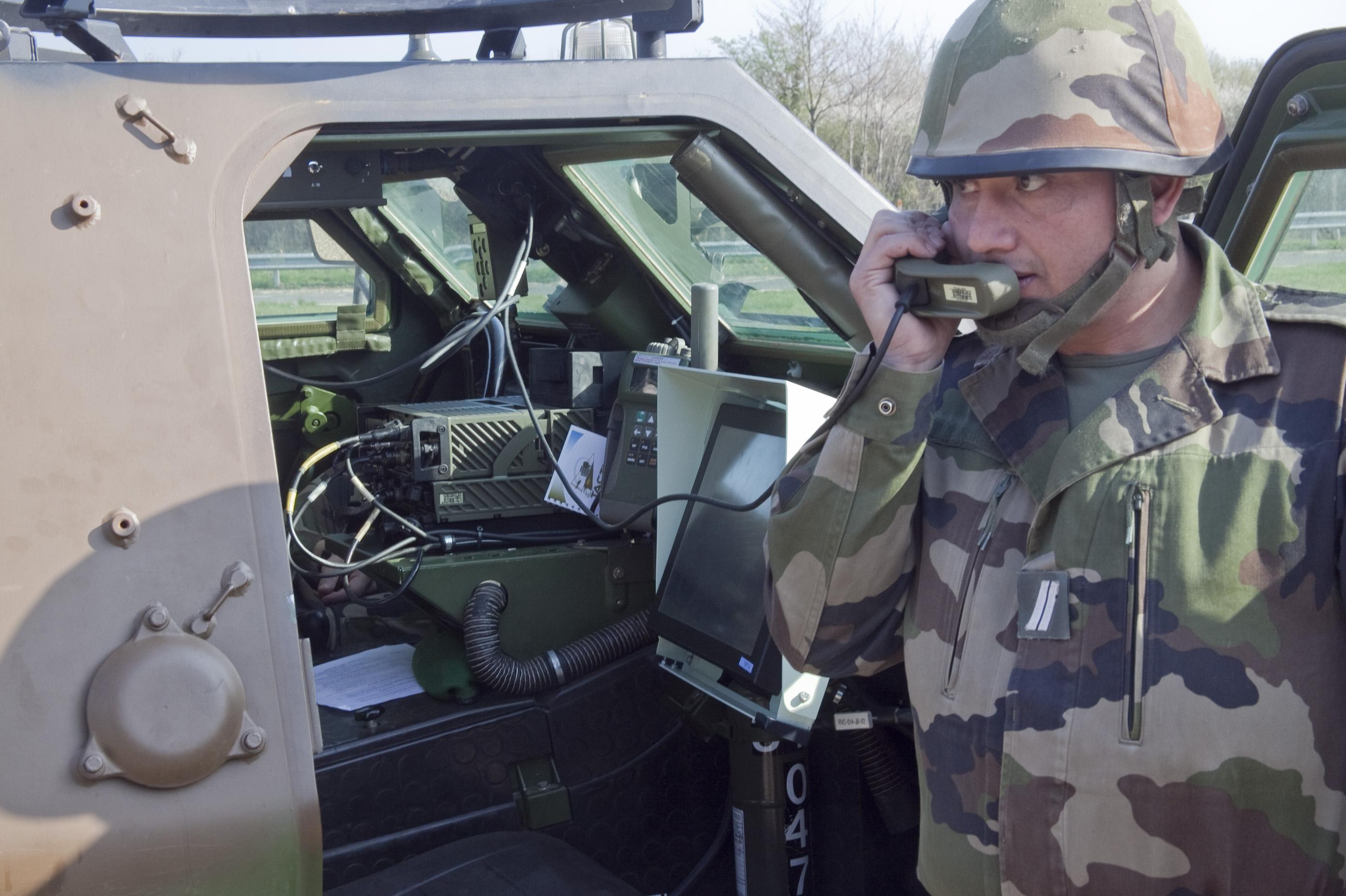 All the studies conducted by Western strategic research institutes today are based on the hypothesis that the West will probably no longer enjoy air supremacy by the year 2030. This is partly because of the emergence or reemergence of defence industries with the capacity to export defence systems that perform as well as some of those produced in the West. How do we deal with this challenge?

The logical first response is to focus on the suppression of enemy air defences (SEAD) using UCAVs (Unmanned Combat Air Vehicles) like France’s Neuron system or long-range hypersonic and/or high-manoeuvring weapons. These could destroy an adversary’s air defence capabilities or deplete them sufficiently for a second phase of the operation to be launched, with well-protected combat aircraft deployed across the theatre to jam enemy radars. 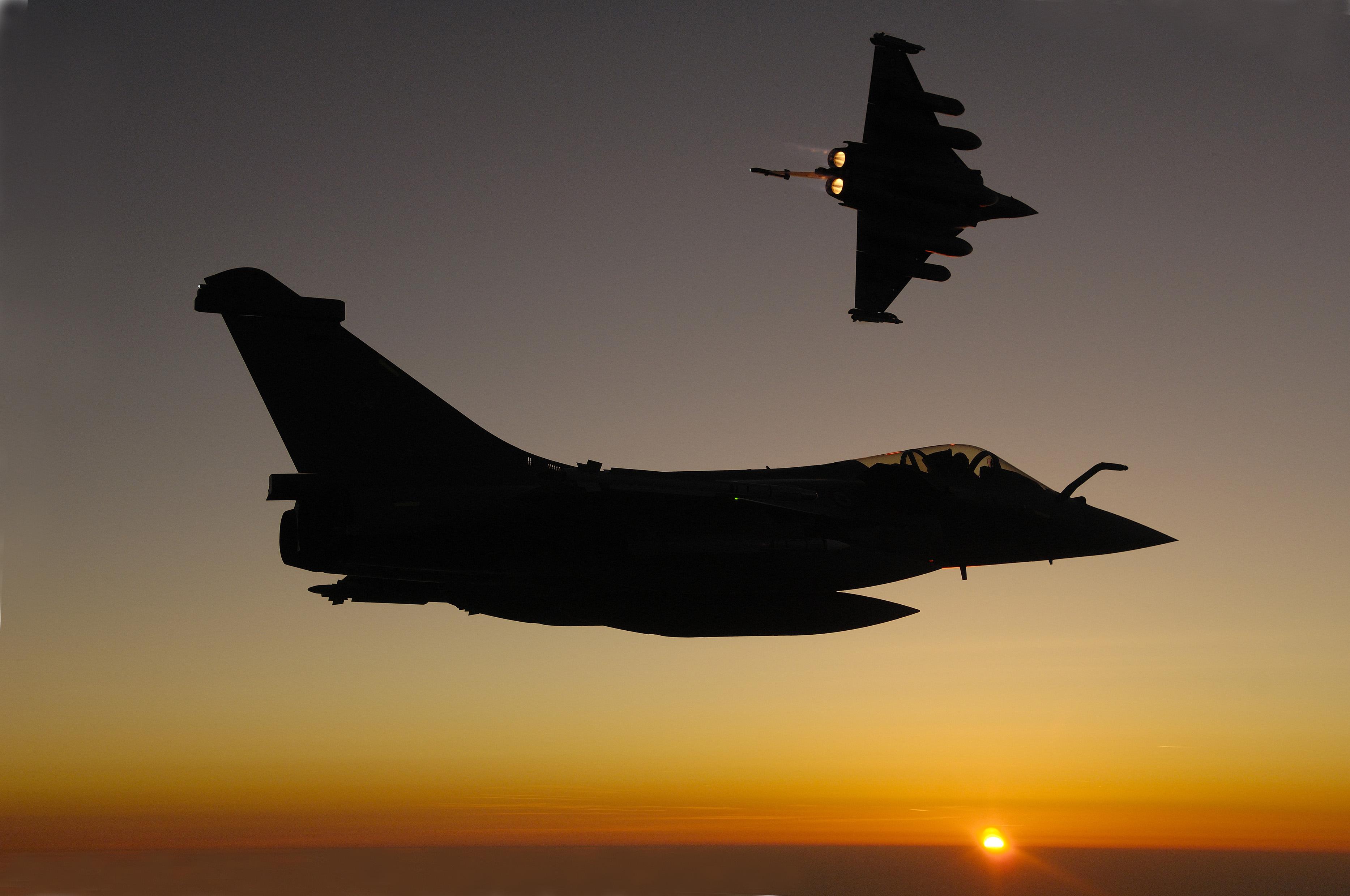 If the SEAD campaign were to fail, other effectors would need to be deployed, in the first instance to protect land forces deprived of air cover. These effectors could be used offensively and/or defensively. For offensive roles, the cyberwarfare capabilities that are now being developed, as well as electromagnetic weapons, could disable the electronics used by the adversary’s C4ISR systems. If the enemy’s systems cannot be put out of action, weapons like the SAMP/T will be needed to create a protective shield over our land forces, with other systems providing close air support, pending the arrival of directed-energy weapons (lasers, etc.), which will represent a step change in a force’s capacity to destroy hostile aircraft and missiles.

A land force deprived of air cover will also be partly deprived of air support. In this case, as well as performing their extended air defence role, artillery systems will need to offer powerful fire support capabilities both close to the front line and deep into enemy territory. With their smart munitions and powerful radars, these systems can strike targets with high precision, even at long range. But they will be unable to match the mass effect of air strikes by multiple combat aircraft operating in the same zone. At the same time, to counter an enemy with very substantial firepower, the first phase of action could be conducted by robotic effectors such as remotely operated armoured vehicles.

Drones of all kinds can play a crucial role in urban combat. In the first battle of Fallujah in 2004, for example, Predator tactical UAVs were used to conduct strikes on targets of opportunity and other targets in civilian areas that could not have been reached by direct fire without significant collateral damage. In the medium term, future military commanders will thus have a range of solutions to choose from and the ability to take appropriate action against
each adversary depending on the requirements of each situation. 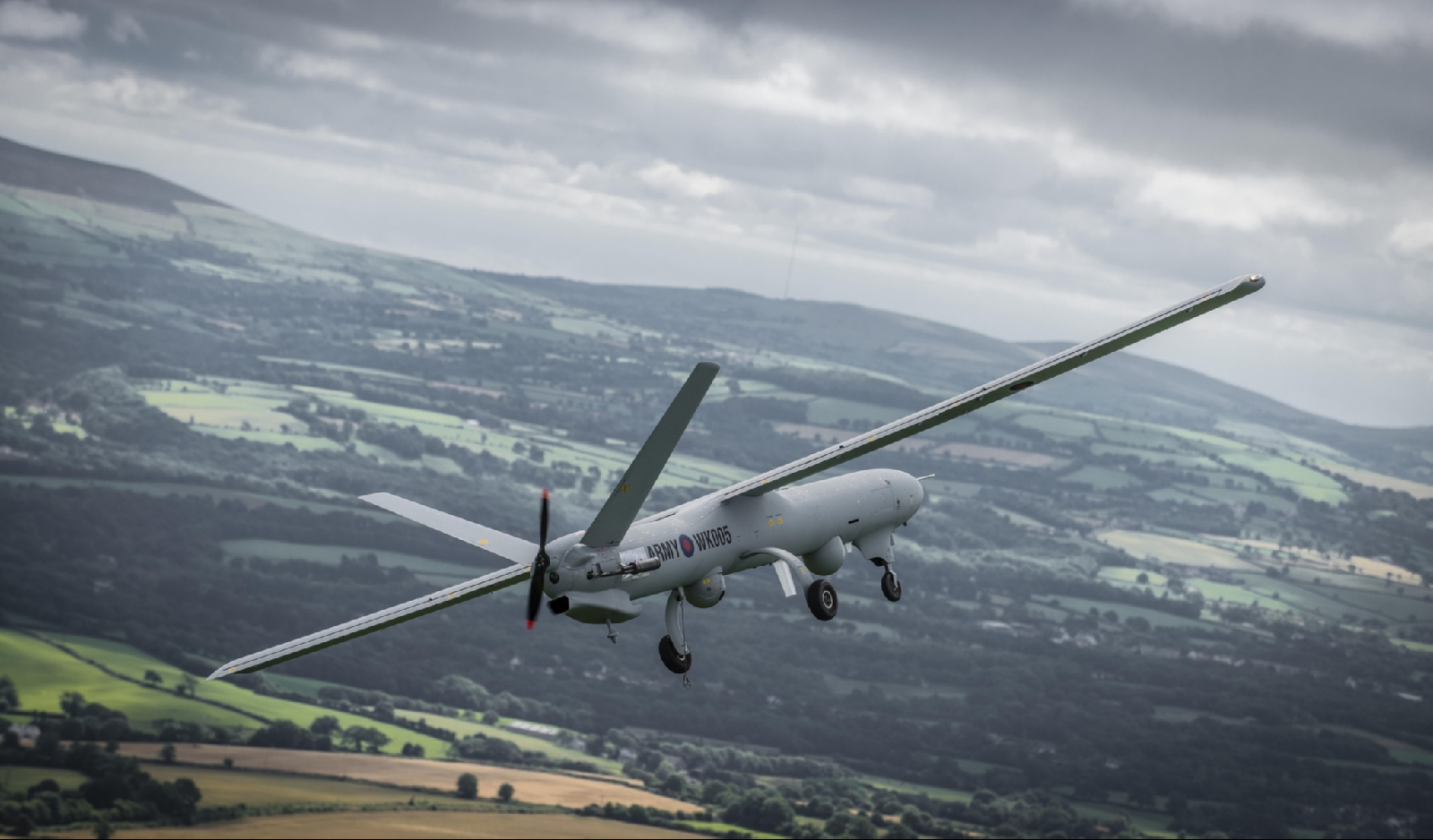 Connectivity between systems of systems that all depend on the same C4ISR capability is driving a deep-seated digital transformation within modern land forces. Satellite links, more and more drones and robots deployed on an expanding range of missions (ISR, communication relays, electronic warfare, destruction, engineering, logistics, etc.), sensor networks, central data storage and processing… With all these developments, and the central role played by C4ISR, airland combat is already in the process of going digital.

Each development raises issues such as data protection in the cloud, cybersecurity of connected object on the battlefield, cyberoffensive capabilities and the relentless march of robotic systems. Tomorrow’s engagements will likely see the deployment of an initial line of remotely operated ground, naval or airborne systems, which will be the first to draw enemy fire. These systems will have varying degrees of autonomy, but humans will nonetheless continue to take the final decision in combat situations.

When digital technologies have been fully assimilated into military doctrines, land forces officers will be able to focus on their core tasks of defining and directing tactical or theatre-level manoeuvres in exactly the same way as a combat aircraft pilot, by virtue of the aircraft’s data fusion capabilities, can focus on core air combat tasks. Tomorrow, as connectivity improves (higher data rates, better data security, more interoperability, etc.), combatants and their various levels of command will be able to fight with a virtually complete vision of the battlefield and the actions taken by the different players. This is the promise of the digital transformation.

Unlike Fabrice del Dongo, who could see no further than a few hundred metres in the Battle of Waterloo, future soldiers will share a common vision and know their respective positions.

With sensors everywhere, commanders will direct manoeuvres based on a complete, constantly updated picture of the situation, receiving details about which units are still in action and where supplies (munitions, fuel, etc.) or medical support are needed. Combat units will be ready for action much more quickly and effectively than they can be today. Longer term, cloud-based platforms will use Big Data techniques to analyse data from the field, compare it with data from other situations, and provide ultra-personalised decision support to commanders at both tactical and theatre levels.

Last but not least, digital technologies play a crucial role in training, with advanced simulation techniques helping personnel to learn how to use their equipment long before they are deployed in the field. In the future, as well as taking part in conventional exercises, combat troops will be stationed at “smart barracks”, where they will be able to prepare for combat, actively and continuously, well before they are sent into action. Once again, victory lies in innovation.
This article was written by Philippe Migault  and published in the Innovations magazine #6.