In today's volatile international context; countries are stepping up measures to protect their maritime approaches, commercial ports and naval bases. At the same time, it is crucial to limit the exposure of operational personnel to undersea mines.

Building on 50 years’ experience serving naval forces all over the world, Thales is developing advanced technologies that support transition from conventional solutions such as dedicated mine countermeasures vessels to new solutions based on unmanned systems.

Pathmaster is flexible enough to adapt to the operational requirements of newly emerging naval powers as well as major navies. It is built around an expert system for reliable detection, classification and location of even the stealthiest mines and its fully configurable system can be tailored to the needs of individual navies.

Only Thales's multi-aspect technology is capable of delivering high detection and classification performance against modern mines. The technology was successfully evaluated by the French defence procurement agency (DGA) in 2016.

Thales is already using multi-aspect technology on the French-UK maritime mine countermeasures programme (MMCM). This contract was awarded in 2015 to meet specific requirements set out by France and the United Kingdom. SAMDIS technology has also been selected for two export programmes in Asia.
With its automatic deployment and recovery system, automatic target recognition functions and user-friendly tactical software for minefield management, the Pathmaster system is simple to use and requires minimal specific training.

Pathmaster brings world-class mine countermeasures capabilities within reach of every naval force. 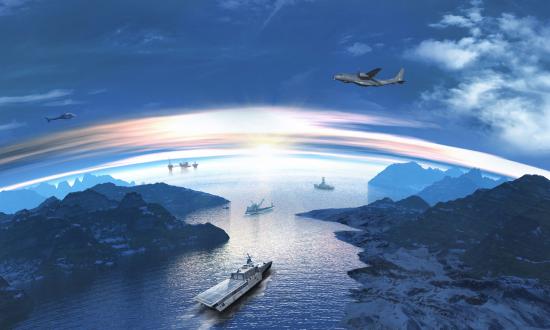 The Maritime Mine Counter Measures (MMCM) contract was awarded by OCCAr in March 2015 to Thales, in collaboration with BAE Systems and their partners ECA, ASV, Wood & Douglas, SAAB. Under the MMCM programme, Thales is to make systems available for two years of operational evaluation by the French Navy and the UK Royal Navy. Each system will comprise a USV (Unmanned Surface Vehicle) equipped with an autonomous navigation system, an obstacle detection and avoidance sonar, a threat identification and neutralisation capability based on ROVs (Remotely Operated Vehicles), a T-SAS (Towed Synthetic Aperture Sonar) and AUVs (Autonomous Underwater Vehicles).

Thales has led a long term in-depth process on the system configuration to consider the French Navy and the Royal Navy’s needs, who both have the highest standards of mine warfare capabilities. The prototypes being delivered in 2019 will thus be the most advanced system available on the market.