Stratobus: Halfway between a drone and a satellite

The StratoBus project may immediately call to mind Google's Project Loon. But the advantage of StratoBus is that it offers long endurance and complete autonomy from a fixed position, while the high-altitude balloons in Loon move around the Earth and will offer only limited autonomy. StratoBus, a surprising vehicle halfway between a drone and a satellite, will be able to carry out a wide range of missions, including observation, security, telecommunications, broadcasting and navigation… and it offers a lifespan of five year.

The StratoBus project is led by Thales Alenia Space, along with partners,  Zodiac Marine and CEA-Liten. It embodies a new concept for an autonomous airship, operating at an altitude of about 20 kilometers. This is in the lower reaches of the stratosphere, but well above air traffic and jet streams. StratoBus will be able to carry payloads up to 250 kg. The project is part of the creation of an airship company by the Pégase competitiveness cluster in southern France. 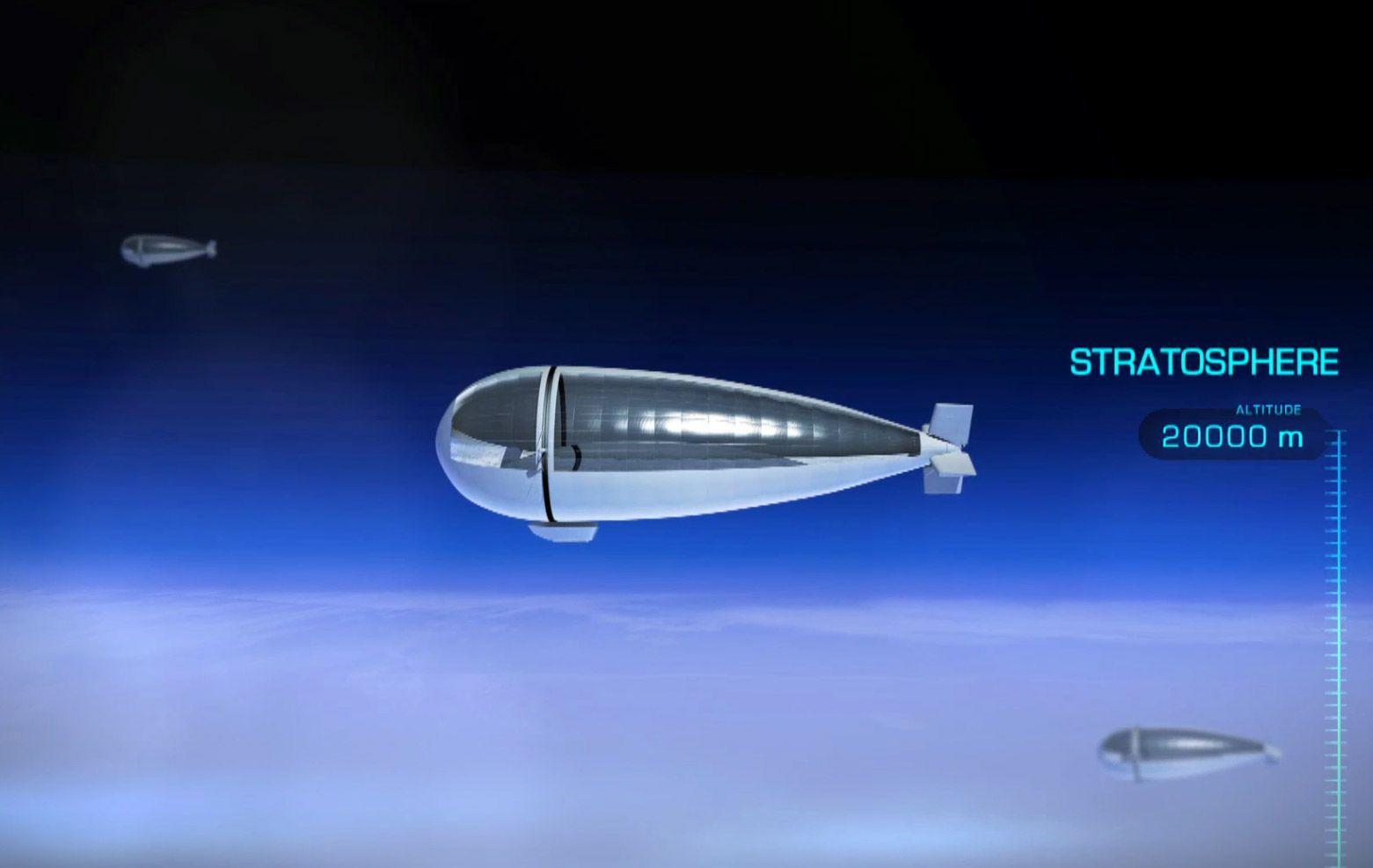 The platform itself is a high-altitude airship measuring 70 to 100 meters long and 20 to 30 meters in diameter. It will feature a number of technological innovations, in particular to make sure it captures the Sun's rays in all seasons: a power generation system (coupling the solar panels to a solar power amplification system patented by Thales), an ultra-light reversible fuel cell for energy storage, etc.

The StratoBus platform will require continuous significant energy input to offset the wind: two electric motors will automatically adjust their output power depending on wind speed (up to 90 km/h).

The first prototype should be rolled out within the next five years.