Guiding radars from the cradle to the grave

With the NS100 (based on its predecessor the integrated mast), Thales laid the foundations for its S-band family of search radars. Annemieke Tonnaer was involved from the system’s inception to its delivery to the first customer. Coming up to her silver jubilee, she’s now working as a product manager on the next-generation gun fire control.

For over four decades, Thales’ Goalkeeper has successfully served as a short-range self-defense for ships against missiles, aircraft and surface targets. To keep up with the modern threats, the Royal Netherlands Navy has decided to replace the close-in weapon system (CIWS). “Targets are moving at increasing speeds and with increasing maneuverability, which means that they need to be dealt with faster and at greater range,” says product manager Annemieke Tonnaer. “We’re working on a new CIWS, based on the next-level fire control system we’re currently developing within Thales.”

A product manager is involved throughout a system’s entire lifecycle, from the very beginning in the definition phase to the maintenance and end-of-life support. This includes the go-to-market strategy, the positioning within the company portfolio, the creation of sales materials emphasizing the unique selling points (USPs), sales support, competitor analysis, managing the product definition and innovations, customer services and defining the product roadmap, from the cradle to the grave. Tonnaer considers the NS100 3D naval air and surface surveillance radar as one of the most notable team efforts she’s been involved in. Her latest challenges are introducing the next-gen fire control and the new CIWS to replace the Goalkeeper system.

On 1 January, it will be exactly 25 years ago that Tonnaer joined Thales, after completing a study in applied physics at the University of Twente and spending two years at Unilever Research. “The first eight years in Hengelo, I worked as a radar system engineer on several new radar developments and for one project, I was the system test manager. I then headed the system engineering team for seven years and served as a product portfolio manager for two, outlining the roadmap for new radars and defining the improvements to existing systems. Since 2013, I’m a product manager.”

For most of her career at Thales, Tonnaer’s focus was on naval search radars, which build up the complete picture of the targets in the sky and on the surface around the ship. “To almost every product in our current search radar portfolio, I have a connection in one way or another. Most of all to the NS100, where I was involved from the inception on a blank sheet of paper to the delivery to our first customer. I was there from day 1, day 0 even. I helped define what we were going to make – which markets we were going to serve, what we were technically capable of and how to bring the two together – and I helped write the marketing story, articulating the innovations that set the system apart from the competition.”

The NS100’s major USP is its dual-axis multi-beam capability. “Because of their proximity to ships and structures like buildings and wind turbines, targets on the horizon are harder to discern from their background and you’d like to pay more attention to detecting them than to those at a higher elevation,” explains Tonnaer. “Our competitors typically sweep the surface and the sky with the same speed and intensity. With our dual-axis multi-beam technology, we can differentiate and spend more energy on the places of interest that need more attention, giving us imagery of higher quality.”

“For Thales, the NS100 was special for another reason as well,” Tonnaer continues. “It’s the first member of a product family of radars, the S-band family. It was the first time we fully designed radars in a product-oriented fashion from the start. Since then, we’ve expanded the family: the NS200 is the big brother of the NS100, the MMR is their ground-based sibling and the SM400 is the non-rotating cousin. Of course, our customers don’t buy ships by the dozens, so we’ll always have customer-specific requests and developments, but thanks to the approach we set up for the S-band family, we’re now thinking more across products, about things like commonalities, variability and making our systems extensible, through upgrades, and future proof.”

Three years ago, all fired up for a new challenge after a sabbatical, Tonnaer moved to fire control. “Quite a different domain,” she points out. “The search radar is only the first step in the fire control chain. Next, the targets that it detects and tracks are extensively analyzed by a mission management system. The ones indicated as threats are examined more closely by a tracking radar, yielding detailed and highly accurate target information. Performance-based planners combine this with availability and performance data of the on-board weapon systems to determine the optimal intercept moment and trajectories for eliminating the threats. So, I’ve moved from the front of the line to overseeing the line.”

Fire control is about the sum of the parts. Tonnaer: “Your search radar, your combat management system, your tracking radar, your weapon systems – not only do they all need to be at the top of their own game, but they also need to work together as one, making the right decision at the right time to increase the ship’s survivability during an attack. Creating such a well-oiled machine is what fire control is all about.”

Thales has a long track record in fire control, going back a century next year. “The playing field used to be very orderly; a couple of decades ago, you more or less knew what you were up against. That has changed dramatically,” observes Tonnaer. “These days, there are a lot of so-called non-state actors, coming at you in small speedboats and with unmanned airplanes. Missiles are going ballistic and hypersonic. The targets are getting smaller, more maneuverable and faster, which means we need to make our fire control more precise and more responsive.”

“In eliminating these modern threats, adequate operator support is essential,” Tonnaer adds. “Which is why we heavily invest in training and simulations to get operators to trust the system in the hour of need. That’s a key part of our philosophy.”

For Tonnaer, the diversity is what makes her job so appealing. “Definition, development, test and integration, qualification, operation, marketing, customer contact – you get a taste of it all. And you get to work in a team with a diverse group of people, from all kinds of knowledge domains. I really like talking to everyone, learning from their different backgrounds and bringing everything together in a great product and an accompanying roadmap for the future.”

The diversity is also what has kept Tonnaer at Thales for 25 years. “I went from engineering at the front of the development chain to testing at the end and back to designing again. I still learn something new every day, whether I’m involved in innovations for an existing product or working on the next-gen fire control.” 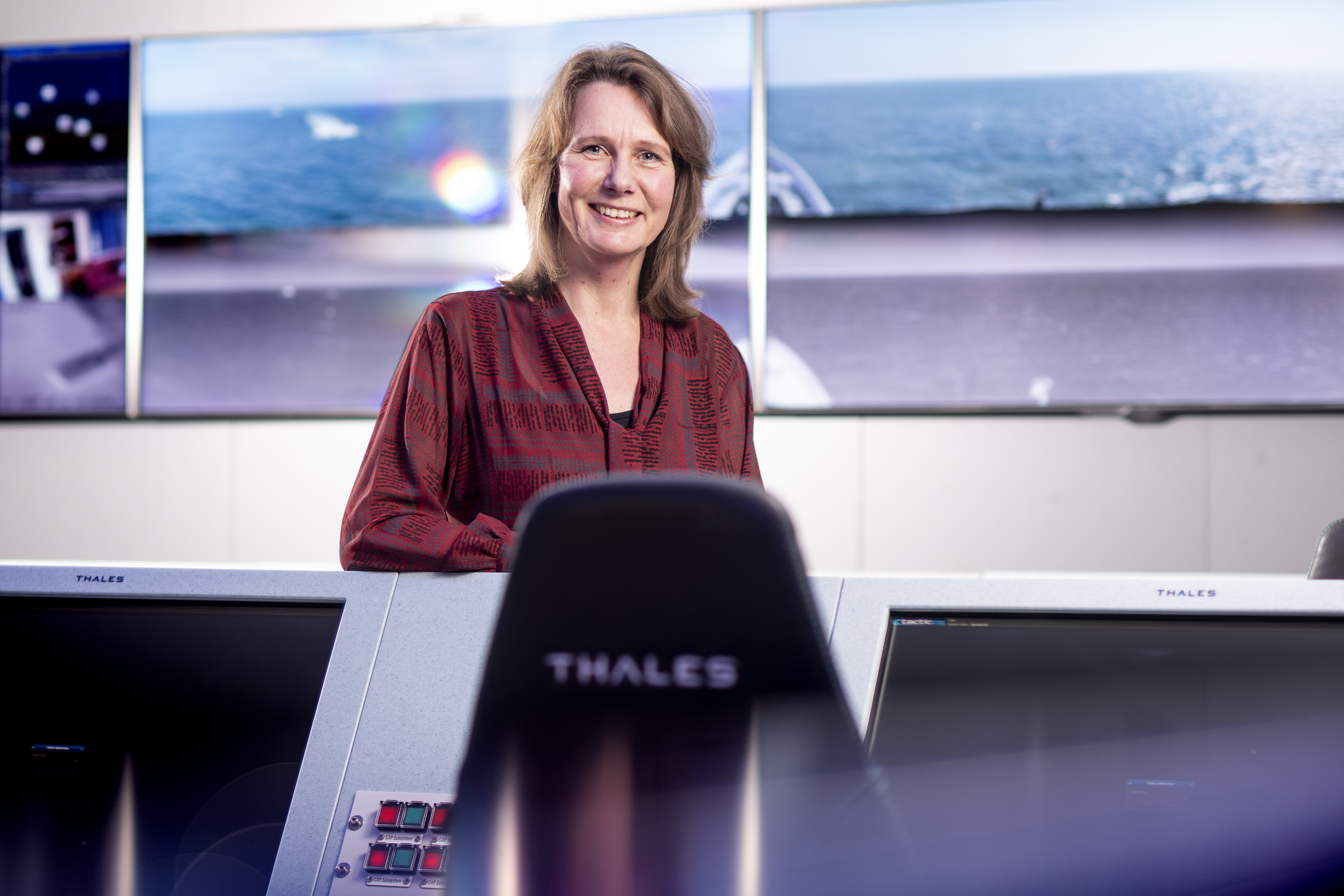