Maritime forces grapple with the return of naval combat

Geopolitical tensions, overfishing and energy security are just some of the major issues currently playing out in the maritime space. These pressures are prompting unprecedented investment in new capabilities and a deep-seated transformation in naval fleets. Vice Admiral (rtd) Eric Chaperon, Thales’s Naval Defence Advisor, shares his insights into what the navy of the future will look like.

We seem to be witnessing large-scale rearmament of naval forces around the world. Why is this happening?

The strategic importance of the maritime space is a key factor here. The figures speak for themselves: three billion people worldwide rely on the sea for food,1  90% of traded goods are transported over the waves2 and undersea cables carry 99% of international data traffic.3

Yet we obviously live in a time of rising geopolitical tensions. China and the Unites States are jostling for naval supremacy. The Middle East remains beset by conflict. Relations between NATO and Russia are at their lowest ebb in recent memory. And Turkey and other countries have made their ambitions clear. 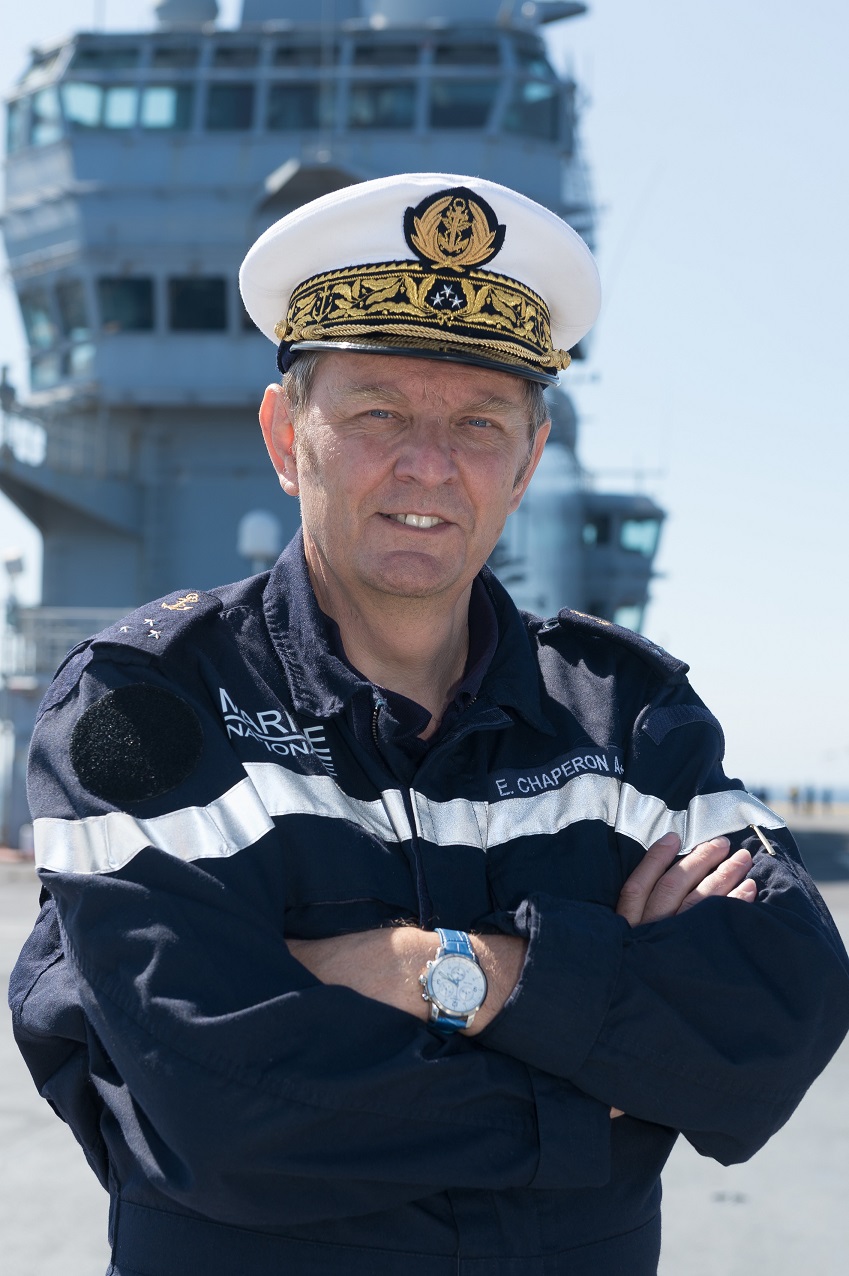 Marine resources are also expected to come under growing pressure in the years ahead, as overfishing, offshore oil and gas production, and mineral extraction take their toll. This strain will only increase as climate change continues. So it’s no surprise that the eyes of the world will once again be trained on the sea.

As global powers flex their naval muscles, the calm that once prevailed on the oceans is giving way to friction, bringing with it an increased risk of high-intensity conflict.

What does this large-scale rearmament mean, practically speaking?

It means massive investments on a scale we haven’t seen before – or at least not since the Cold War. China, for instance, has expanded its fleet by the size of the French Navy in just four years.  That’s the most extreme example, but nations big and small are following the same path.

At the same time, the naval arms race isn’t just a question of size. We’re also witnessing intense competition on the technology front, as countries seek to outdo their rivals in terms of military prowess. As operational and technological superiority become increasingly inseparable, naval forces will need to undergo a radical transformation.

Can you explain, in broad terms, what this transformation will involve?

Essentially, this change will revolve around three trends: drones, data and quantum technologies.

Drones will become increasingly commonplace in every environment. That much is certain. Sooner or later, we’ll reach a point where we witness drone-on-drone or swarm-on-swarm combat. This isn’t the stuff of science fiction. It is taking place before our very eyes, and we need to plan accordingly. This development will have profound implications for naval doctrine.

Use-of-force thresholds will be lower than we’ve seen in the past, not least because neutralising an unmanned system is an entirely different proposition from destroying a crewed aircraft or naval vessel, and because taking out a drone won’t necessarily result in open warfare.

What’s more, drones increasingly operate in the so-called “grey areas” between military and non-military missions, paving the way for asymmetric and hybrid strategies. For instance, a criminal group could, at least in theory, inflict millions of euros of damage on a warship with a drone costing just €5,000.

In another new development, we could well see drones being deployed to conduct espionage and sabotage operations on undersea cables, ushering in an era of "seabed warfare".

How can these new threats be countered?

Countering drones poses a unique set of challenges. As they become smaller and more disparate in design, they are becoming harder to detect. Neutralising them is equally problematic. Missile strikes aren’t always possible, especially if the drone is operating close to a port or flying over a built-up area. And when you compare a missile worth a million euros with a drone costing only thousands or tens of thousands, it’s clear that this is rarely a cost-effective option.

The answer will likely lie in a hybrid approach that combines directed energy weapons, such as lasers and high-powered microwave devices, with physical interception systems. It goes without saying that agile thinking and innovation will prove vital in facing down this fast-growing threat in every environment: above water, underwater and in the air.

Can’t our own forces harness the potential of drones, too?

Absolutely. Maritime drones will prove extremely useful for mine countermeasures in enemy-controlled territory, and for discreet surveillance and intelligence-gathering missions, for instance. We could also use them to monitor our own territorial waters, freeing up naval crews to focus their time and expertise on tasks with higher added value.

But there are several obstacles to overcome before we reach that point. From a financial standpoint, sophisticated drones are expensive. And there are also regulatory issues that need to be resolved. How much autonomy should these unmanned craft be given? How do we ensure that humans always stay in control? These aren’t easy questions.

Could you expand on the second part of the transformation: data and data processing?

Modern sensors such as radars and sonar systems generate vast amounts of data, and the only way to extract useful insights from such large datasets is to use artificial intelligence.

Navies, like the other armed forces, will need the capability to process and exploit data captured by every sensor in the theatre of operations. Likewise, an effective detection and response capability relies on sensors and effectors that are able to communicate with each other in real time. Everything will need to happen at breakneck speed. Increasingly fast-paced threats such as drones and hypersonic missiles – which can top speeds of 3 km per second – mean that, when it comes to detection and response, time is of the essence. We call this “collaborative combat”.

The French Navy fully recognises the importance of data. It has set up the Marine Data Service Centre (CSD-M) in Toulon and will soon be opening an artificial intelligence centre in Brest, and Thales is playing a leading role in both of these projects. 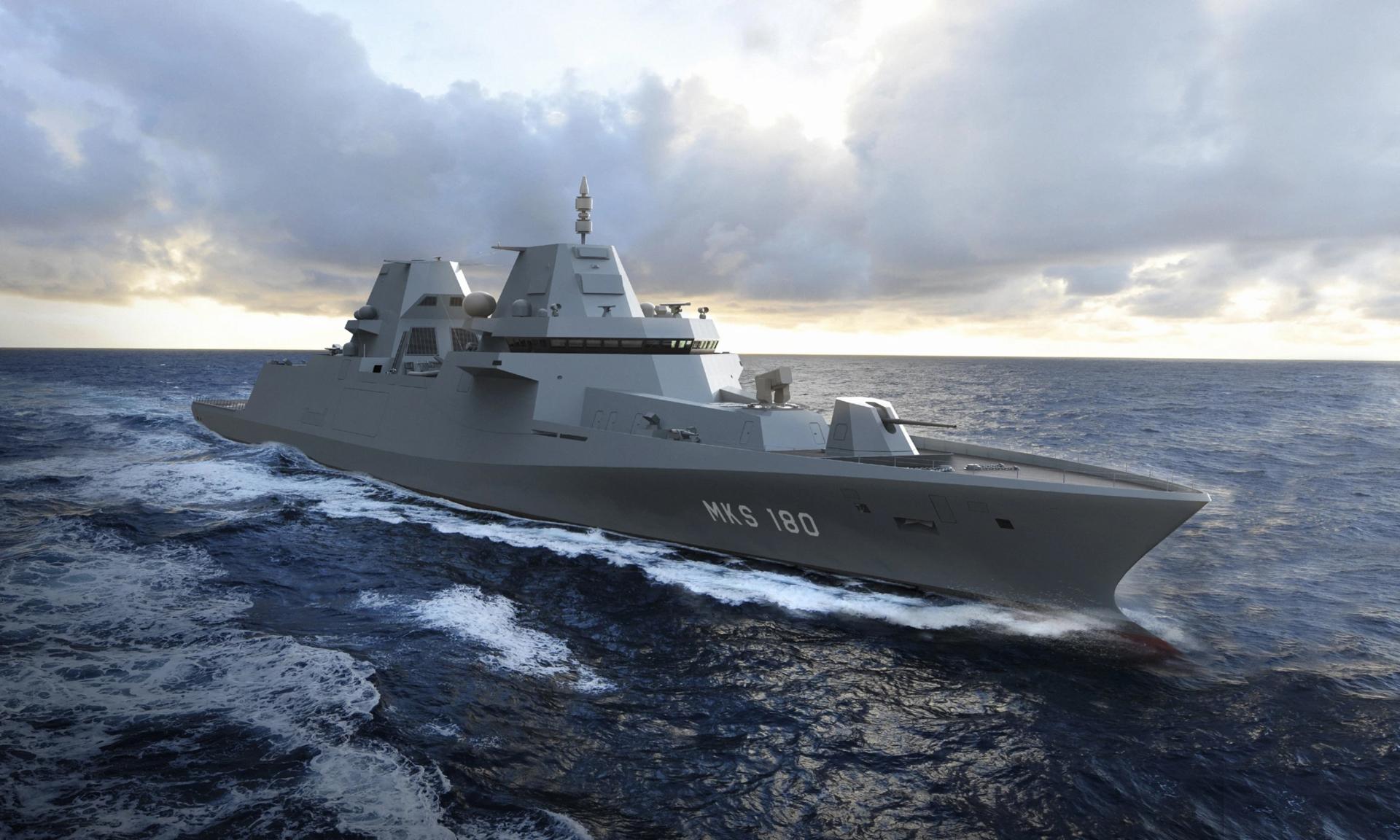 Turning to the third and final part of the transformation, how do you see quantum technologies being a game-changer?

The second quantum revolution will bring about dramatic change, including for naval forces. In terms of sheer computing power, quantum computers will dwarf the capabilities of the systems available today.

Quantum technologies will also allow us to develop miniature antennas that raise the bar for sensitivity to an entirely different level. These ground-breaking new sensors will be much easier to transport and will set new standards of performance, dramatically increasing our detection capabilities.

A new generation of inertial navigation systems, again made possible by quantum technologies, is also on the horizon. In the future, surface ships and even submarines will be capable of navigating autonomously with pinpoint precision, and without the need for calibration or GPS position fixing. Post-quantum cryptography will also be a game-changer, leading to communication systems that are completely secure and trustworthy.

This transformation of naval forces will require substantial investment. Technological and financial difficulties aside, so you foresee any other challenges?

Yes, there are two in particular.

The first has to do with the pace of change. Technology platforms tend to have long design and development cycles, whereas innovation in hardware typically happens over shorter periods. And software development cycles are even quicker. Reconciling these different timescales will prove challenging. After all, we clearly can’t wait 20 or even 30 years for the next upgrade!

Resilience is another key issue, and industry has a major role to play here too. As the industry partners of modern naval forces, one of our tasks is to develop systems that are user-friendly and capable of operating in degraded mode. That requires a constant effort to develop user interfaces that allow operators to get the very best out of their equipment, because performance and ease of operation should go hand in hand. Designing systems that will work in degraded mode is another huge challenge, especially in today’s increasingly digital environment, which lacks natural immunity to attacks. Other priorities include more robust training to provide crews with the specific knowledge and expertise they need, and stepping up contractor logistic support capabilities, including hotline support for remote operators and crews.

On a final note, my sense is that fortunes of naval forces and the naval defence industry are increasingly intertwined, and that the two will develop an ever-closer working relationship. We are living through a period of major technological change. Yet tighter budgets restrict the ability of most countries to expand the size of their naval fleets. Our role, therefore, is to help naval forces to enhance the military value of their assets. This calls for a new kind of relationship in which naval defence contractors, customers and users work together, through a process of co-innovation, to ensure that technologies and tactical deployment concepts move forward as one. With its extensive range of technology expertise and its experience of every type of operational environment, Thales has a key role to play in this process.

3 Threats beneath the sea 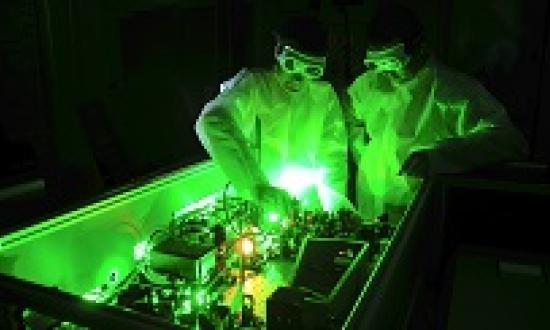