More than 200 ships all over the world use Thales’ Tacticos combat management system to fend off threats that are ever-growing in number, speed and complexity. Erik Slotboom is the linking pin between the customers and the engineers that are keeping the CMS ever-ready for action.

The command and control center is the tactical brain of a vessel. Connected to the radars and other onboard sensors through the so-called combat management system (CMS), multiple rows of consoles display all kinds of information about the ship’s surroundings, including targets in the air, on the surface and below sea level. “Combining this so-called situational awareness with the mission specifics, the human console operators decide on the course of action to follow,” says Erik Slotboom of Thales. “If this action involves the use of force, the CMS also lets the operators directly engage with the ship’s weapons array.”

Slotboom is responsible for the product management of the Tacticos CMS. “Ever since I joined Thales in 2004, I’ve been involved in command and control centers. I started in systems engineering and gradually evolved to product management. In my current role, I’m a linking pin between our customers and our engineers. On the one hand, I collaborate with sales in drawing up an offer, I provide product demonstrations in our command and control center mock-up in Hengelo and I participate in more technical discussions to align client wishes to our capabilities. On the other hand, I connect with our engineers to get the work done and oversee system delivery as part of a complete solution.”

Because a CMS is more than just that collection of operator consoles, Slotboom points out. “It’s the displays and the computers, but also the software that runs on them and connects them to the sensors and the weaponry on the ship. Everything’s controlled by the overarching CMS.”

More flexible
Since its introduction in 1990, Tacticos has been deployed by over 25 navies all over the world in more than 200 ships. Over the years, it has been continuously updated to deal with the ever-increasing unpredictability on the water. “Conflict situations used to be pretty symmetrical,” Slotboom recalls. “You knew what threats you were up against and from which direction they were coming. And with the help of the NATO doctrines, you knew what to do. Nowadays, there are a lot more objects around. You still know your adversaries, but they can come at you in a multitude of ways, creating more asymmetrical threats with drones and small boats following unpredictable patterns. Our systems must be able to cope with that.”

“In the early days, operators had to manually select each track on the screen, look at the data and identify the target. With the threats having grown in number, speed and complexity, it’s no longer feasible to do that work by hand and much of it has become automated,” explains Slotboom. “The CMS now offers extensive automatic object identification, for example – when something behaves like a commercial airliner, it gets labeled a commercial airliner, but when it exhibits abnormal behavior, this triggers an alarm. The system also takes into account historical patterns – flagging a ship that it recognizes from previous suspicious circumstances. We’ve added all kinds of intelligent solutions that keep the operators from drowning in the data and allow them to focus on their core responsibility of assessing threats.”

The command and control center has also become more flexible. “In combat operations, Tacticos is geared toward typical conflict situations. In maritime security operations, it provides more freedom and more means for analysis,” says Slotboom. “When patrolling for piracy, illegal fishing or drug trafficking, for example, standard warfare is of no use. A ship may sail out at night to go fishing but also to conduct more shady dealings. These kinds of situations call for improvisation. In maritime security operations, you have the flexibility to run free-format analyses on the available data.”

Swarm defense
As the world evolves, the CMS has to evolve with it. Slotboom: “The system needs to remain relevant across its entire lifecycle. After we’ve delivered it to the customer, we keep adding new functionality so it can deal with its ever-changing environment.”

“The last couple of years, we’ve been working on a new swarm defense application,” Slotboom illustrates. “We’re seeing more and more swarm attacks: a big ship is approached from all sides by a multitude of small boats, both manned and unmanned, only one of which ultimately launches an assault. From the bridge, it’s very difficult to oversee this chaos, let alone manage everything. Using 360-degree cameras, our application keeps an eye on the immediate surroundings and can quickly map all the targets and pinpoint the possible threats, bringing much more structure into the chaos. We’re now integrating this into our new systems, but we can also deploy it as an update to existing installations in the field.”

Together with the Royal Netherlands Navy and its German counterpart, Thales is looking to raise the level of automation on the ordnance side as well. “No matter the size of your ship, you only have so many sensors and weapons at your disposal. In situations with a large number of different threats, it’s crucial to be able to make the best use of what you have available. Figuring out this optimal deployment is still predominantly done using recipe manuals and standard rules of engagement. We’re developing a planner and executor that does it in a much smarter way. It automatically assesses all the threats and proposes a plan of attack. Of course, the human operators always have the final call.”

All over the world
Tacticos is targeted at export markets, like Germany, Great Britain, Indonesia and Poland, to name a few. “With our way of working, we’re able to serve a wide range of customers. I find that remarkable,” concludes Slotboom. “It’s great to see ships all over the world use our systems to fend off threats and it’s great to be involved from the initial sale of a CMS to its eventual deployment onboard.” 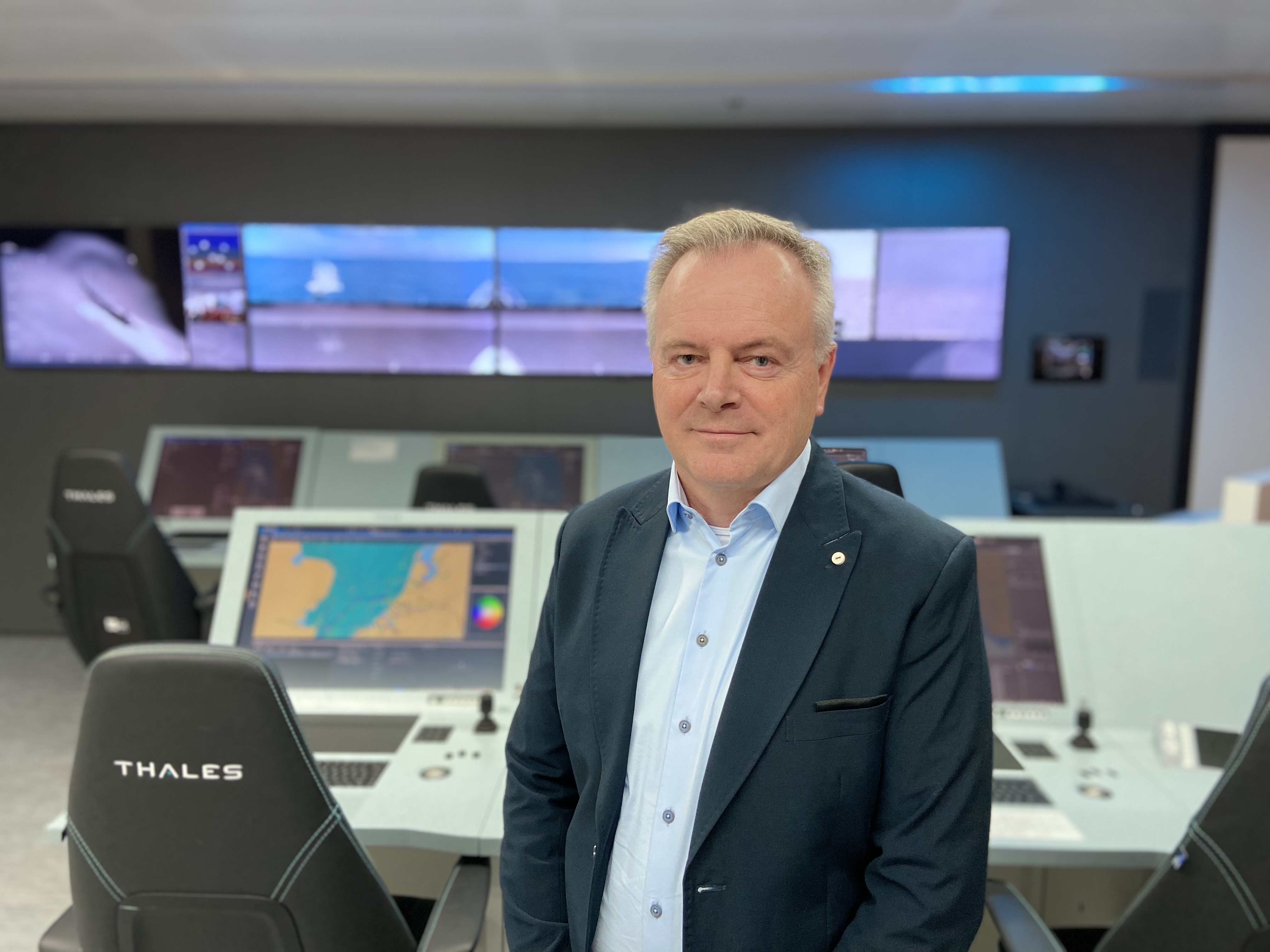