Researchers from the Joint Physics Unit CNRS/Thales, the Nanosciences and Nanotechnologies Centre (CNRS/Université Paris Sud), in collaboration with American and Japanese researchers, have developed the world’s first artificial nano-neuron with the ability to recognise numbers spoken by different individuals. Just like the recent development of electronic synapses described in a Nature article, this electronic nano-neuron is a breakthrough in artificial intelligence and its potential applications. 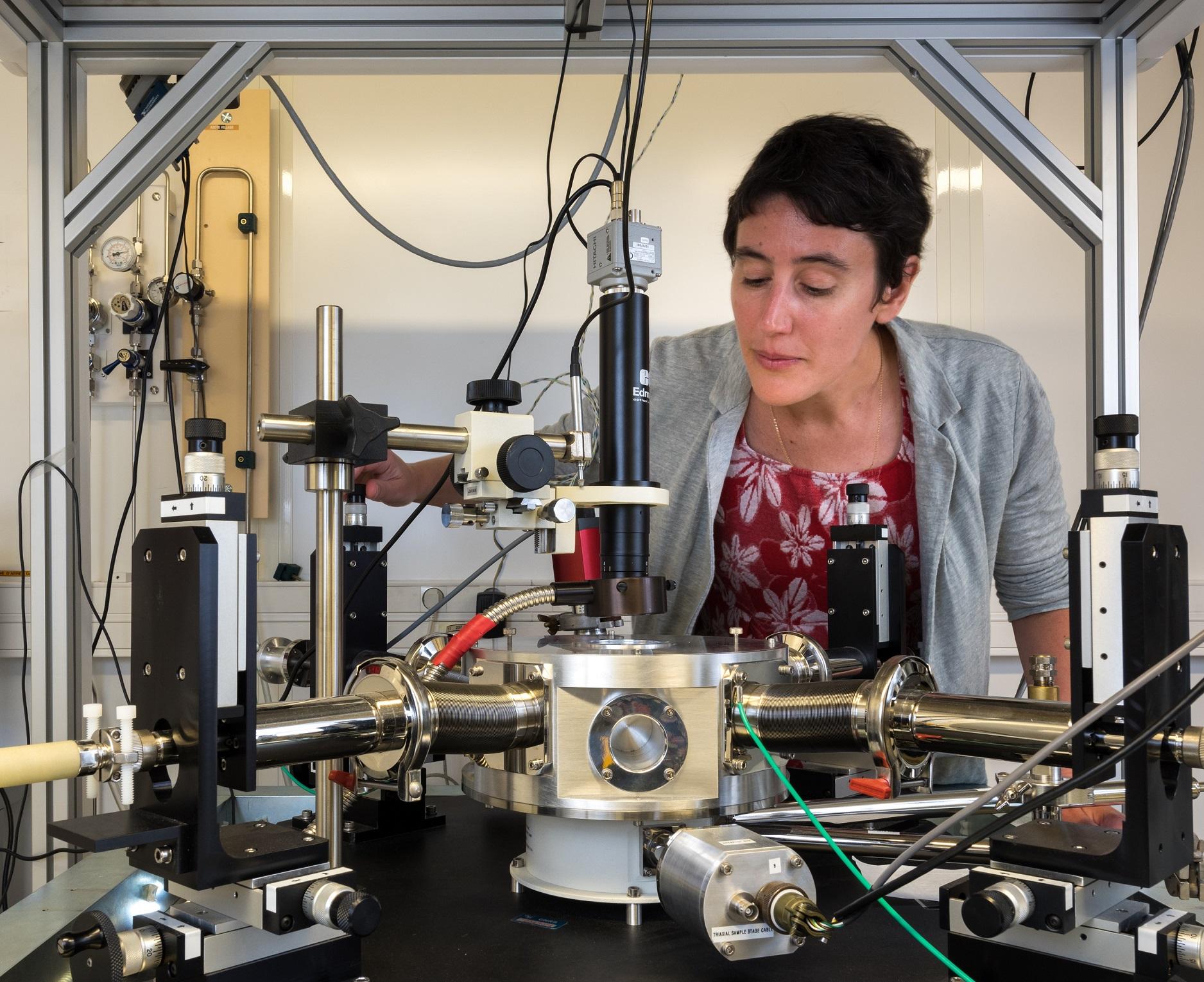 The latest artificial intelligence algorithms are able to recognise visual and vocal cues with high levels of performance. But running these programs on conventional computers uses 10,000 times more energy than the human brain. To reduce electricity consumption, a new type of computer is needed. It is inspired by the human brain and comprises vast numbers of miniaturised neurons and synapses. Until now, however, it had not been possible to produce a stable enough artificial nano-neuron which would process the information reliably.

Today, for the first time, researchers have developed a nano-neuron with the ability to recognise numbers spoken by different individuals with 99.6% accuracy. This breakthrough relied on the use of an exceptionally stable magnetic oscillator. Each gyration of this nano-compass generates an electrical output, which effectively imitates the electrical impulses produced by biological neurons. In the next few years, these magnetic nano-neurons could be interconnected via artificial synapses, such as those recently developed, for real-time big data analytics and classification.

The project is a collaborative initiative between fundamental research laboratories and applied research partners. The long-term goal is to produce extremely energy-efficient miniaturised chips with the intelligence needed to learn from and adapt to the constantly ever-changing and ambiguous situations of the real world. These electronic chips will have many practical applications, such as providing smart guidance to robots or autonomous vehicles, helping doctors in their diagnosis’ and improving medical prostheses. This project included researchers from the Joint Physics Unit CNRS/Thales, the AIST, the CNS-NIST, and the Nanosciences and Nanotechnologies Centre (CNRS/Université Paris-Sud).

About the CNRS
The French National Centre for Scientific Research is Europe's largest public research institution. It produces knowledge for the benefit of society. With nearly 32,000 employees, a budget exceeding 3.2 billion euros in 2016, and offices throughout France, the CNRS is present in all scientific fields through its 1100 laboratories. With 21 Nobel laureates and 12 Fields Medal winners, the organization has a long tradition of excellence. It carries out research in mathematics, physics, information sciences and technologies, nuclear and particle physics, Earth sciences and astronomy, chemistry, biological sciences, the humanities and social sciences, engineering and the environment.
About the Université Paris-Saclay (France)
To meet global demand for higher education, research and innovation, 19 of France's most renowned establishments have joined together to form the Université Paris-Saclay. The new university provides world-class teaching and research opportunities, from undergraduate courses to graduate schools and doctoral programmes, across most disciplines including life and natural sciences as well as social sciences. With 9,000 masters students, 5,500 doctoral candidates, an equivalent number of engineering students and an extensive undergraduate population, some 65,000 people now study at member establishments.
About the Center for Nanoscale Science & Technology (Maryland, USA)
The CNST is a national user facility purposely designed to accelerate innovation in nanotechnology-based commerce. Its mission is to operate a national, shared resource for nanoscale fabrication and measurement and develop innovative nanoscale measurement and fabrication capabilities to support researchers from industry, academia, NIST and other government agencies in advancing nanoscale technology from discovery to production. The Center, located in the Advanced Measurement Laboratory Complex on NIST’s Gaithersburg, MD campus, disseminates new nanoscale measurement methods by incorporating them into facility operations, collaborating and partnering with others and providing international leadership in nanotechnology.
About the National Institute of Advanced Industrial Science and Technology (Japan)
The National Institute of Advanced Industrial Science and Technology (AIST), one of the largest public research institutes in Japan, focuses on the creation and practical realization of technologies useful to Japanese industry and society, and on bridging the gap between innovative technological seeds and commercialization. For this, AIST is organized into 7 domains (Energy and Environment, Life Science and Biotechnology, Information Technology and Human Factors, Materials and Chemistry, Electronics and Manufacturing, Geological
About the Centre for Nanoscience and Nanotechnology (France)
Established on 1 June 2016, the Centre for Nanosciences and Nanotechnologies (C2N) was launched in the wake of the joint CNRS and Université Paris-Sud decision to merge and gather on the same campus site the Laboratory for Photonics and Nanostructures (LPN) and the Institut d’Electronique Fondamentale (IEF). Its location in the École Polytechnique district of the Paris-Saclay campus will be completed in 2017 while the new C2N buildings are under construction. The centre conducts research in material science, nanophotonics, nanoelectronics, nanobiotechnologies and microsystems, as well as in nanotechnologies.