February 7, 2019 – The four latest O3b satellites arrived at the Guiana Space Center in French Guiana on February 2, after being shipped from Thales Alenia Space’s facility in Rome. Built by Thales Alenia Space as prime contractor for SES, these communications satellites will be launched by a Soyuz rocket in March 2019, joining the current constellation of 16 satellites. The O3b system has been operational in orbit since 2014.

With the four latest satellites up and running in medium Earth orbit (MEO), the O3b constellation will offer greater capacity, better coverage and more efficient operation, along with higher reliability. SES Networks, SES’ provider of global managed data services, will call on these high-performance satellites to offer communications services to telecommunications, maritime, aeronautical, and energy markets, as well as governments and institutions across the world.

These Ka-band satellites are positioned at an altitude of 8,000 kilometers along the equator, providing low-latency, fibre-like connectivity.

As prime contractor for a total of 125 satellites in three constellations, Globalstar 2 (24), O3b (20) and Iridium® NEXT (81), Thales Alenia Space is clearly the benchmark partner in the development and deployment of low and medium orbit telecom satellite constellations. 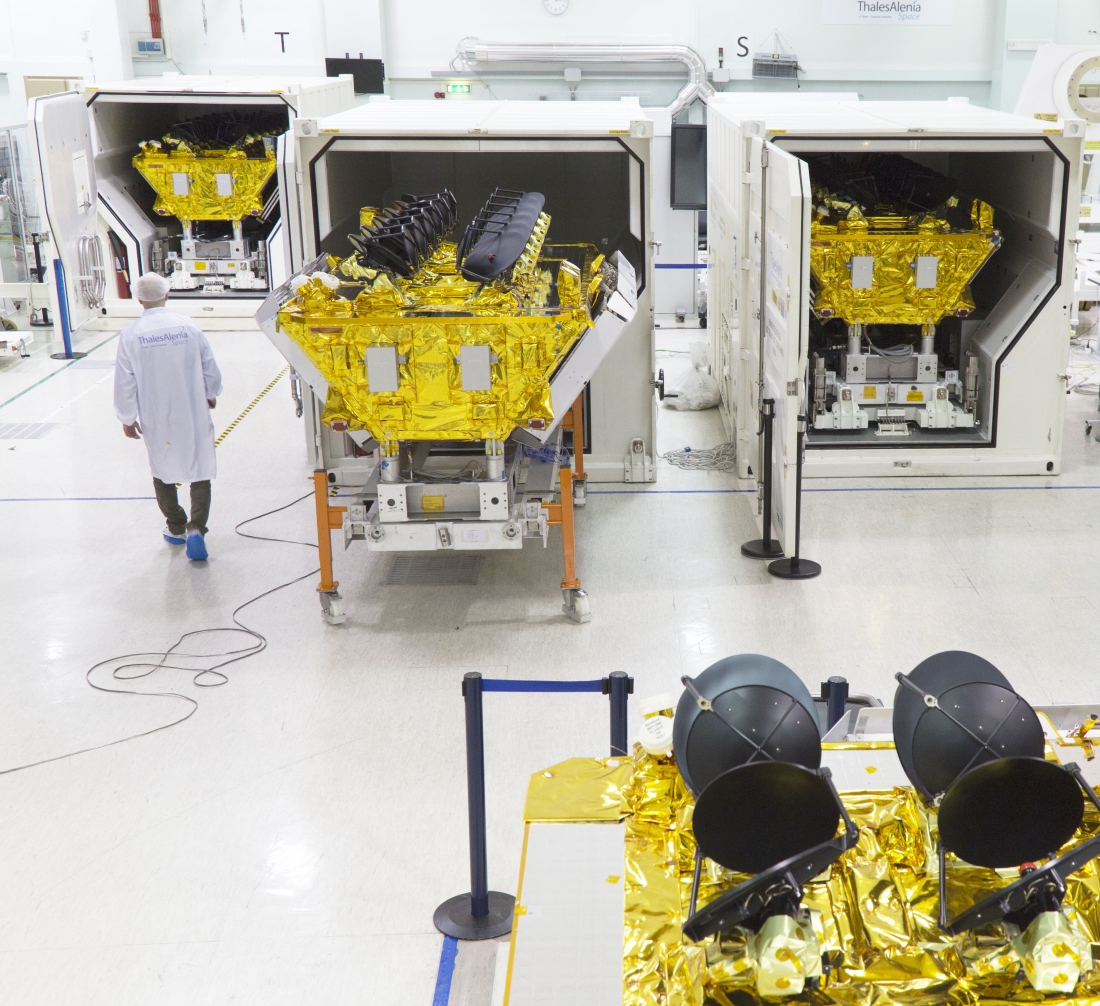