Additive manufacturing, also known as 3D printing, is blossoming! First proven in the medical, auto and aircraft industries, 3D printed objects are now spreading to a wide range of sectors. Part of the company’s digital transformation, additive manufacturing made its appearance at Thales Alenia Space a few years ago. Today, all communications satellites made by the company feature 3D printed parts. 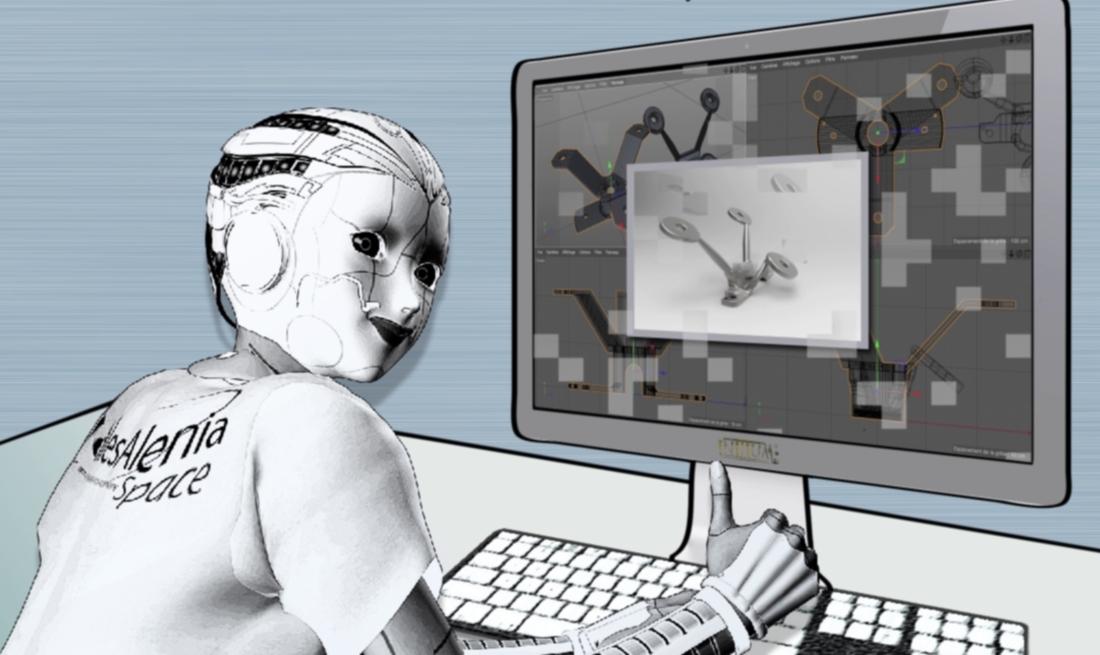 Additive Manufacturing starts with a digital model, then melts plastic or metal filaments or powders in a large number of superimposed layers to form the virtually finished object. This operation uses a computer-controlled “printing” machine, calling on a 3D digital model in a CAD (computer-aided design) file. Complex single-piece parts can be made using this technique, parts that would be impossible to make using conventional manufacturing processes. 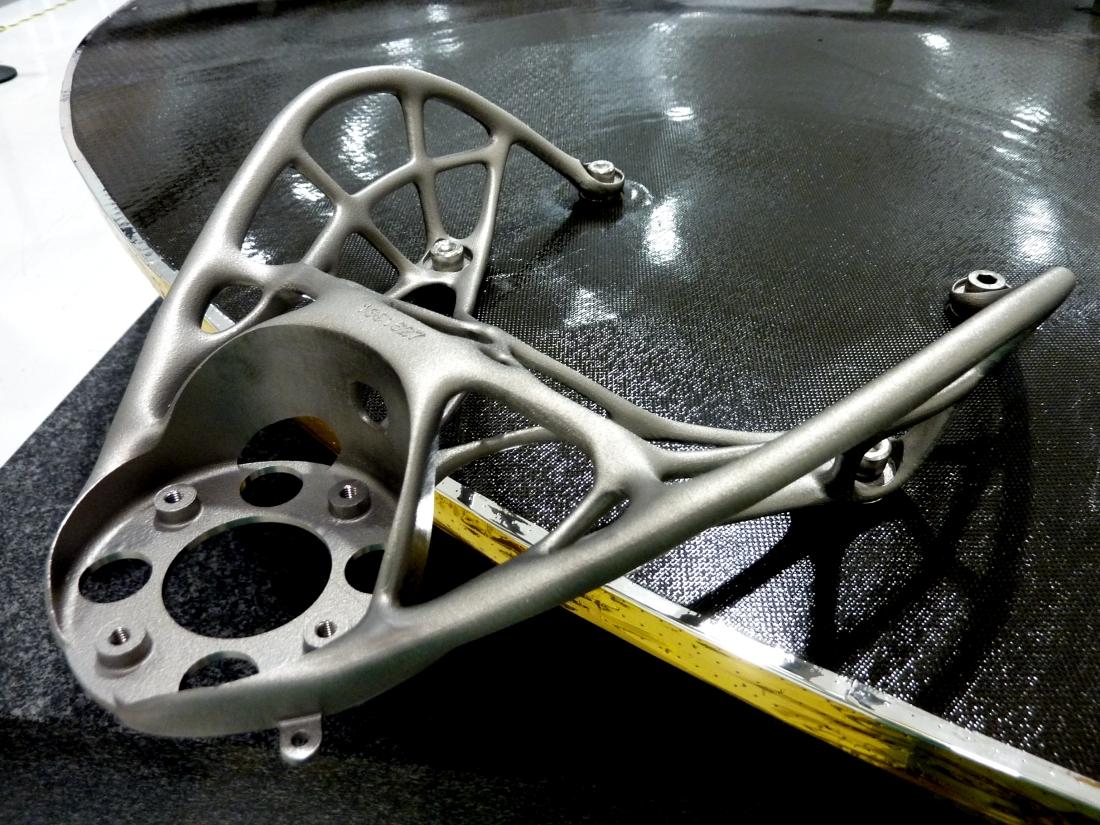 In 2017, 45 communications satellites built by Thales Alenia Space as prime contractor were successfully orbited – and all of them were fitted with 3D-printed parts. It all started a few years ago, when a 3D-printed aluminum antenna bracket was fitted to the TurkmenAlem/MonacoSat satellite, in orbit and operational since 2015. The launch pace really picked up over the next two years, with 45 of our satellites launched in 2017, including 40 for the Iridium NEXT constellation. As a result, the number of 3D-printed parts in orbit beat all previous records. An announcement in 2015 said that that the upcoming Koreasat-7 and 5-A satellites (successfully launched in 2017), would include the largest 3D-printed parts ever made in Europe at the time. In the meantime, the record was broken by the RF (radio-frequency) horn and antenna bracket  for the Hellas Sat 3/Inmarsat S EAN satellite launched in June 2017… and the race is far from over. Today, all Thales Alenia Space communications satellites use 3D-printed antenna brackets and reflector sleeves. 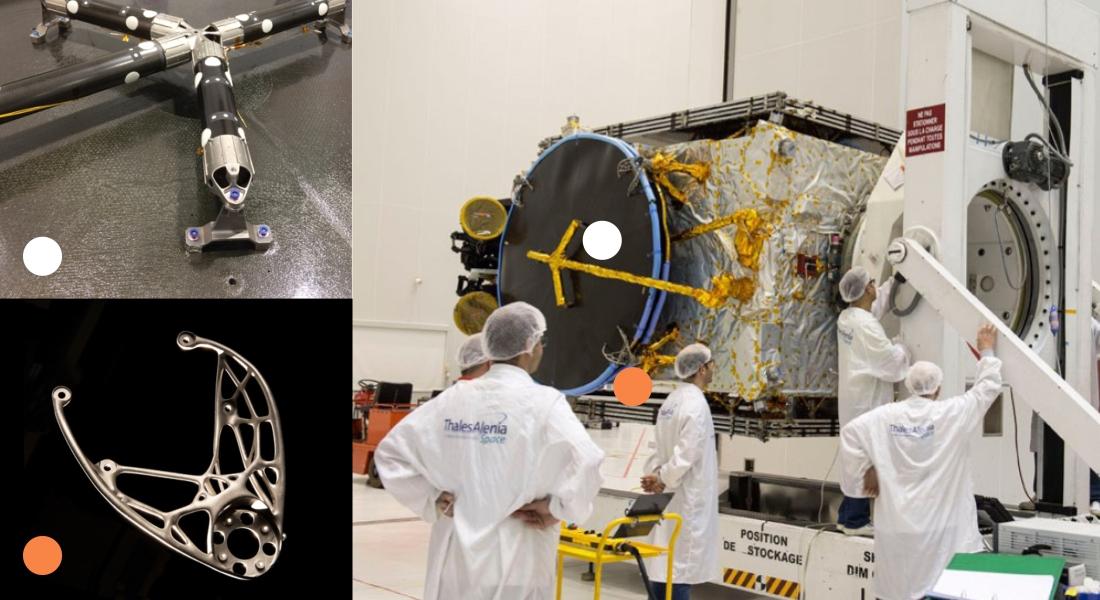 At first a technique only for specialists, additive manufacturing is now gaining aficionados at most of Thales Alenia Space’s facilities. In fact, it has become a standard production process, for a number of good reasons. Depending on the application, making these single-piece parts, instead of assembling a number of pieces using conventional techniques, offers significant weight and cost savings. Furthermore, additive manufacturing provides a high degree of design freedom, and does away with the need for most machine tools. The upshot is that it’s an ideal technology for one-of-a-kind complex parts, or those made in small quantities – especially parts with complex curves, or cavities. Depending on the structure in question, weight savings range from 20 to 50%. Just calling 3D printing a new production process would be far too limiting. On the contrary, it marks a revolution in design, leading to the use of new software and methods, and the emergence of new job fields.

Additive manufacturing for spacecraft: what’s next? 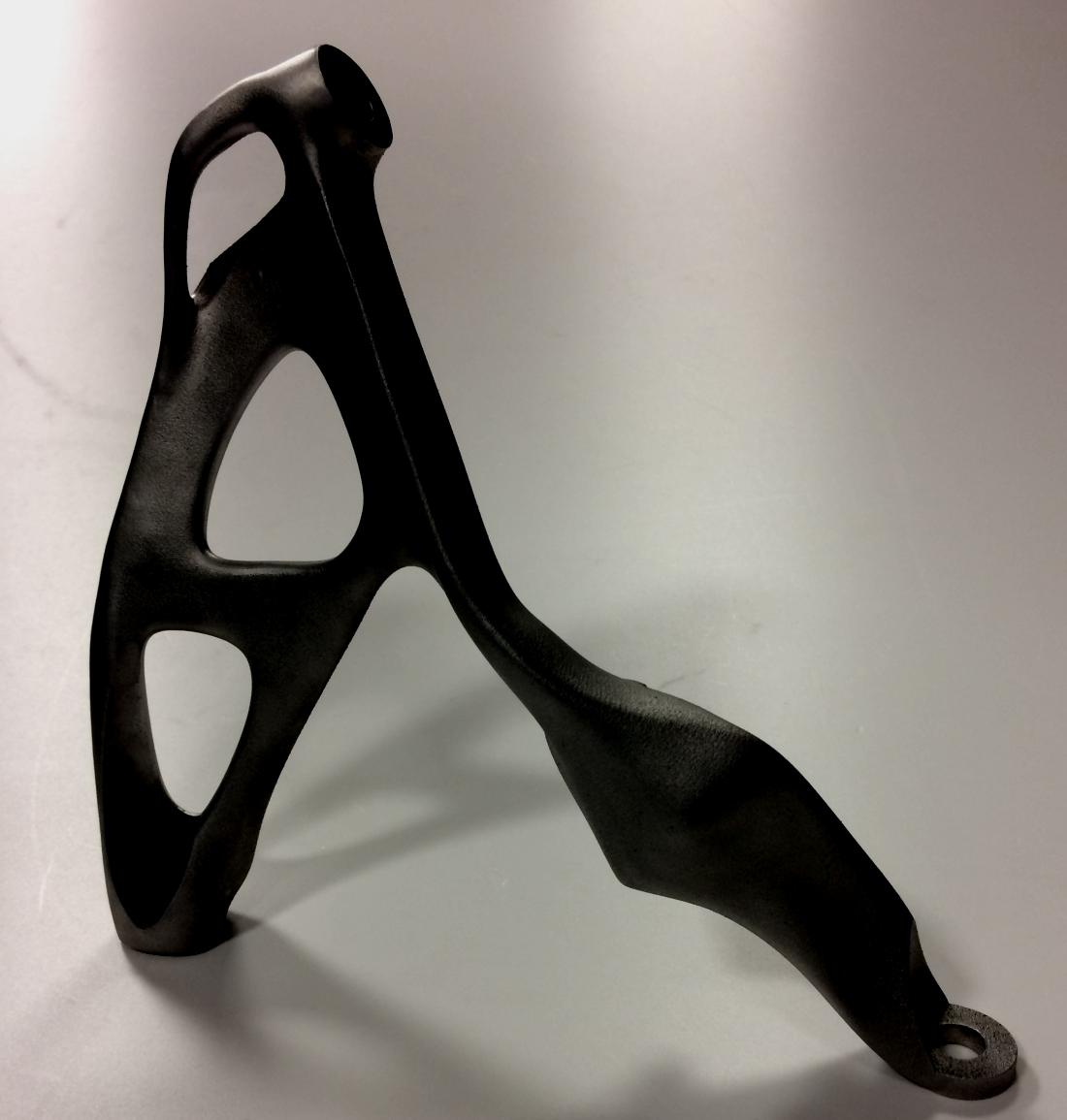 Since 3D printing is still a relatively recent technology, there is quite a bit of leeway to explore and test new applications. The next step for Thales Alenia Space will be to make larger and increasingly complex parts. Among the developments under way is a program to integrate multiple functions – mechanical, thermal and RF for instance – in a single part. Thales Alenia Space is also working on ways to expand the range of materials that can be used with this technology. All Thales Alenia Space-built satellites will eventually incorporate parts made by additive manufacturing.

Additive manufacturing is an integral part of the company’s general strategic approach based on innovation and digital transformation, embodied in the Factory of the Future concept. In the fiercely competitive communications satellite market, manufacturers have to produce “more, faster and cheaper”. New technologies such as 3D printing have become a key to increasing the satellite production rate, against the background of a quickly changing industry. The Factory of the Future is designed to incorporate state-of-the-art and cost-competitive technologies in a company’s production organization, fully reflecting the digital transformation. Additive manufacturing,  robots and cobots, Industry 4.0, virtual and augmented reality… That sometimes overused buzzword, innovation, has really come into its own at Thales Alenia Space!