EUTELSAT 8 West B launch a success

The Eutelsat 8 West B communications satellite was successfully launched on August 20th from the Guiana Space Center in Kourou, French Guiana, by an Ariane 5 rocket. The satellite was built by Thales Alenia Space as prime contractor on behalf of Eutelsat Communications.

Eutelsat 8 West B: the mission 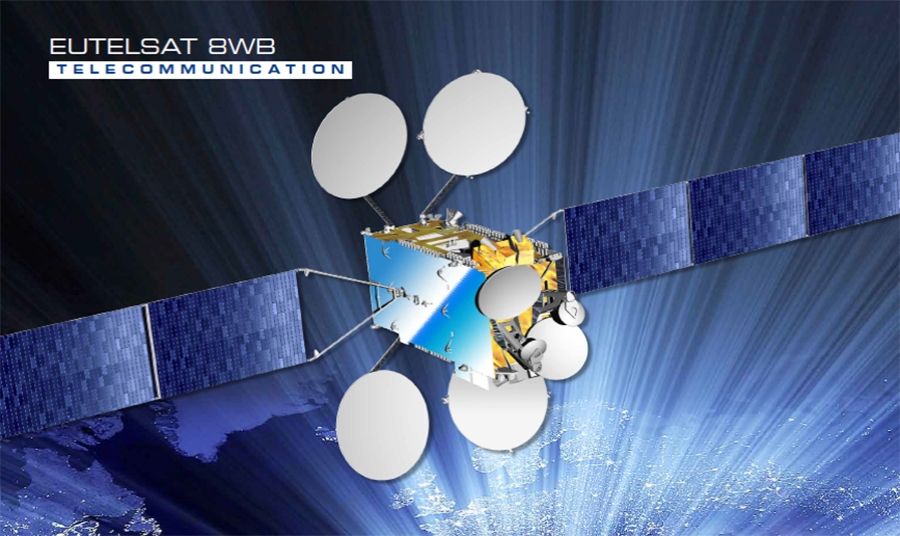 This high-capacity satellite will be positioned at 8° West, joining satellites already operated at the adjacent 7° West position by Eutelsat and the Egyptian satellite company, Nilesat.  EUTELSAT 8 West B will bolster Eutelsat’s in-orbit capacity to meet strong market demand for video services from these positions. This additional capacity will help Eutelsat meet the fast growing digital television market requirements in regions ranging from North Africa to the Middle East.
The EUTELSAT 8 West B satellite is equipped with 40 operational Ku-band transponders, primarily intended for direct-to-home (DTH) TV broadcast markets in North Africa and the Middle East. It will also introduce a C-band mission at the 8° West position, with ten operational transponders covering the African continent and reaching west to South America. 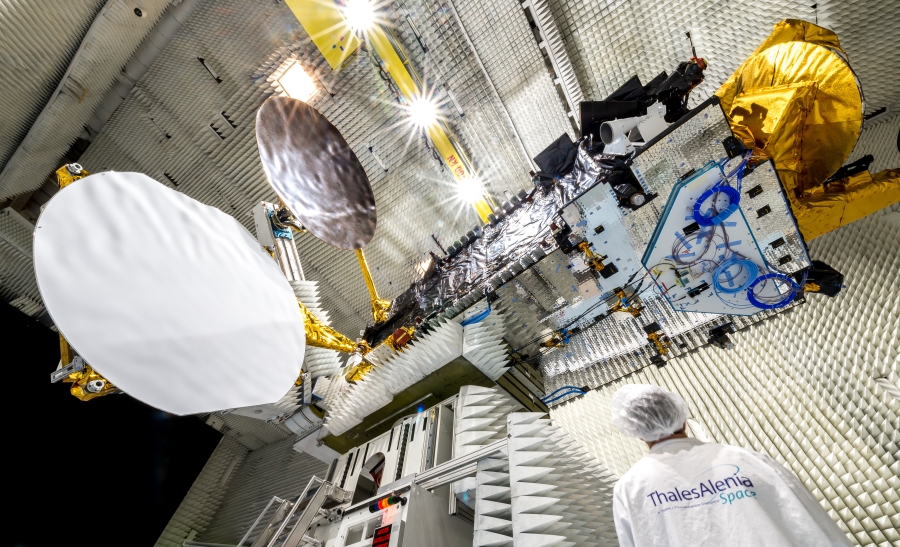 Based on the Thales Alenia Space Spacebus 4000C4 platform, with a 12 kW payload, EUTELSAT 8 West B weighed 5,800 kg at launch. Its expected orbital life exceeds 17 years, with a specified design life of 15.25 years.
EUTELSAT 8 West B is also the first satellite embarking advanced payload functions for performance, flexibility and signal security. The innovative technologies underpinning these functions were developed for Eutelsat by Thales Alenia Space, with the support of the European Space Agency (ESA) and the French space agency CNES.

“We, at Thales Alenia Space, will continue to deploy our wide-ranging skills and expertise to support Eutelsat’s growth, with whom we have established long-standing relations reaching back over 25 years."

EUTELSAT 8 West B is the 25th satellite built by Thales Alenia Space for Eutelsat and the 74th satellite in the Spacebus family to enter service.