The first COSMO-SkyMed Second Generation satellite (CSG1) arrived today at the Guiana Space Center, Europe’s Spaceport in French Guiana, after being shipped from Thales Alenia Space’s facility in Rome. Built by Thales Alenia Space as prime contractor for the Italian space agency ASI and the Italian Ministry of Defense, this radar observation satellite will be launched by the end of the year by Arianespace, using a Soyuz rocket. 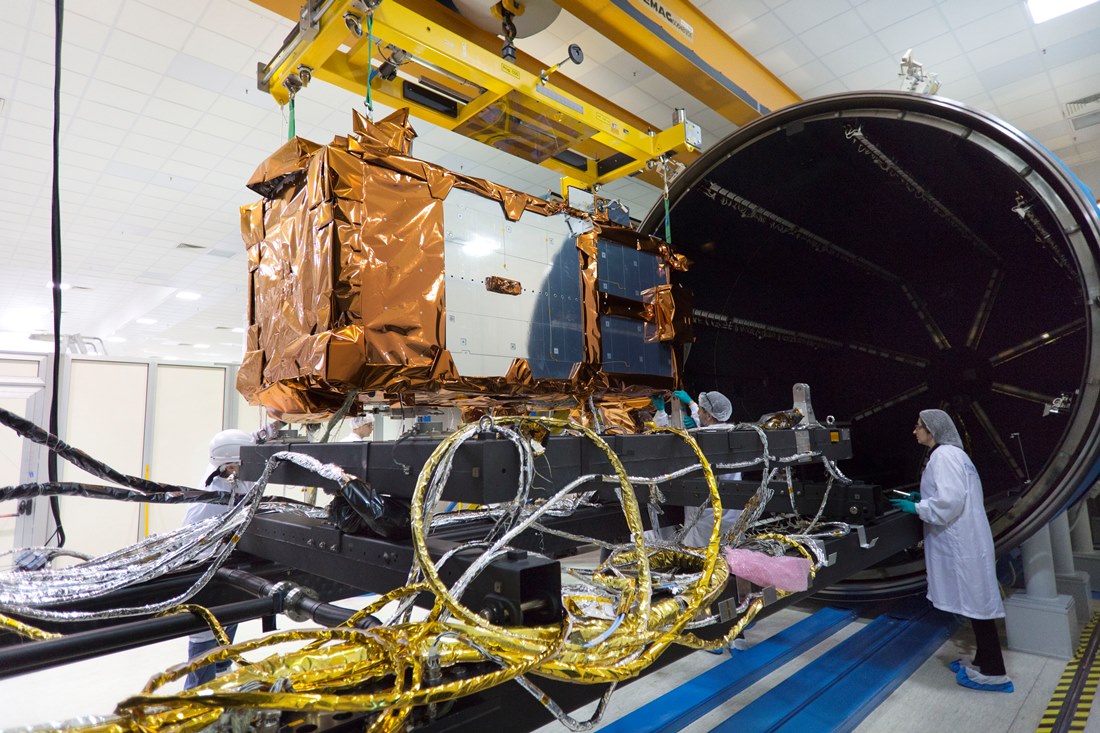 The second-generation COSMO-SkyMed system comprises two Earth observation satellites, and will ensure service continuity with the four satellites in the first-generation system. COSMO-SkyMed is a dual-use system (civil/military), designed to meet a broad range of requirements from commercial and governmental customers, including the scientific community.

Thales Alenia Space is responsible for the COSMO-SkyMed Second Generation program, including the construction of the two satellites, while Telespazio is in charge of developing the ground segment, integrated logistics and operations.

Leonardo also contributes to the program by supplying attitude sensors and state-of-the-art equipment that will process and distribute electric power throughout the satellites. 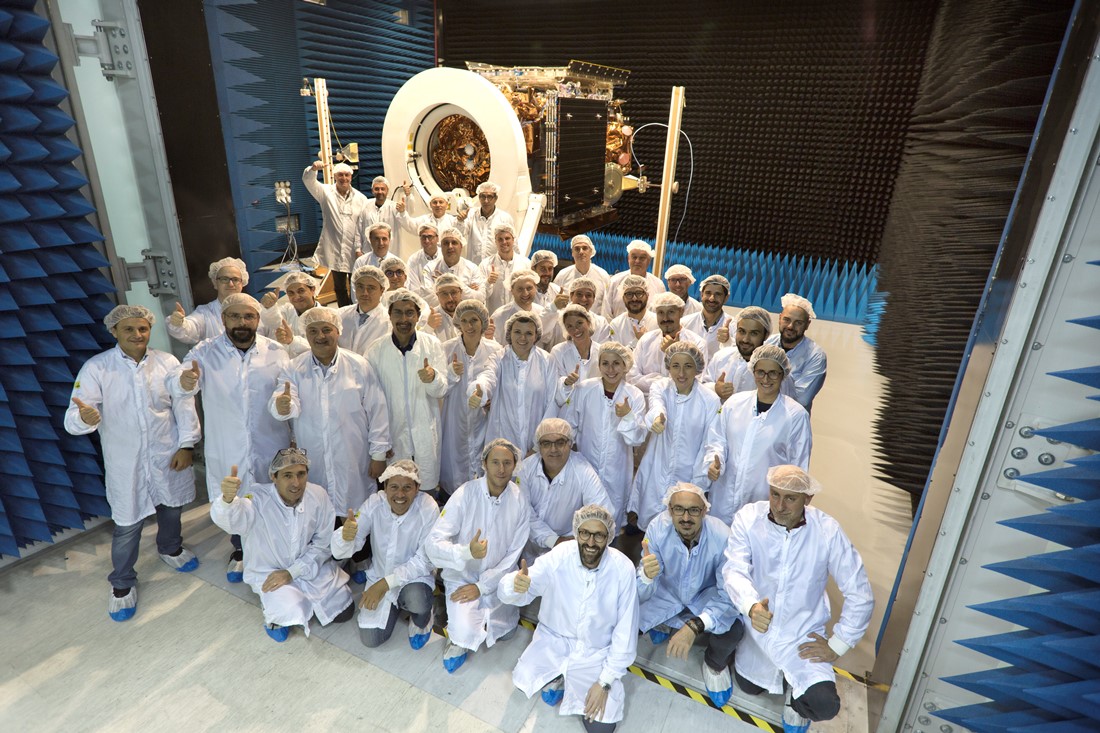 The satellite features state-of-the-art technologies and engineering solutions. The system as a whole will set a new performance standard for space-based radar observation systems, in terms of precision, image quality and flexible user services.

“I could describe our first and second generation COSMO-SkyMed systems by comparing them to two of my favorite Italian directors, Federico Fellini and Paolo Sorrentino,” notes Giampiero Di Paolo, Director of the Observation and Navigation domain at Thales Alenia Space in Italy. “These two cinematic giants marked different generations by making some of the most exceptional films in the world, each in his own inimitable style. The first COSMO-SkyMed Second Generation satellite marks a quantum leap forward in terms of technology, performance and service life, thus reinforcing Italy’s leadership in Earth observation. We could draw a parallel between some of our outstanding movie directors and the expertise of Thales Alenia Space in Italy in terms of state-of-the-art radar observation solutions.”

A benevolent eye on our planet since 2007

Since the first first-generation COSMO-SkyMed satellite was launched in 2007, the system has continuously monitored the Earth’s surface, while also addressing government requirements and helping us respond to natural disasters.

It has proven to be especially useful following the spate of natural disasters hitting our planet in recent years, including earthquakes in L’Aquila (Italy) in 2009 and Amatrice in 2016, and the hurricanes Nargis (Myanmar) in 2008 and Harvey in 2017. Analyzing radar data from the constellation helped pinpoint the disaster zones, so rescue operations could be launched and also to assess the damage caused. This system has been used a number of times for specific purposes, such as monitoring deforestation in the Amazon, authenticating sites on the UNESCO World Heritage list, or tracking melting icecaps at the poles. COSMO-SkyMed also helped determine the scope of damage caused by the huge oil spill in the Gulf of Mexico in 2010, following the explosion of the Deepwater Horizon oil rig. Other customers have called on COSMO-SkyMed’s benevolent gaze to provide data needed to deploy tools to support sustainable agriculture.