GRALLE, a new European project that will save lives!

Just imagine… You’re on vacation in a big European city. You’re at a sidewalk café, enjoying your coffee, but you don’t hear the latest news: a terrorist attack just took place not far from where you’re sitting! The attackers haven’t been caught yet and are still at large in the city.

In the near future a warning system operating via the Galileo satellite positioning system will be able to give you real-time alerts. That, in a nutshell, is the purpose of a new European project dubbed GRALLE [Galileo-based Reliable Automatic Low-Latency Emergency Warning Service]. The project entails developing a specific message to be transmitted via Galileo navigation signals, plus a dedicated app for smartphones fitted with a Galileo receiver, capable of receiving and displaying the message. Everybody running a risk will automatically receive relevant information on their smartphone screen. The message sent will contain a limited number of characters, with just the vital info needed: the date, the zone concerned, the type of event and what to do. For example, a message could read: “Explosion at Factory Z in the xx neighborhood of the city YY; stay at home and turn on your radio for more information.” The message could also be adapted, depending on where exactly you are located in the zone at risk. Using the example of a terrorist attack, populations near the attack will receive a message like this: “Terrorist attack in sector X; stay at home or go to a safe and closed place.” Persons in other parts of the city would receive a different message: “Terrorist attack in sector X; avoid this neighborhood and go to a safe and closed place.” 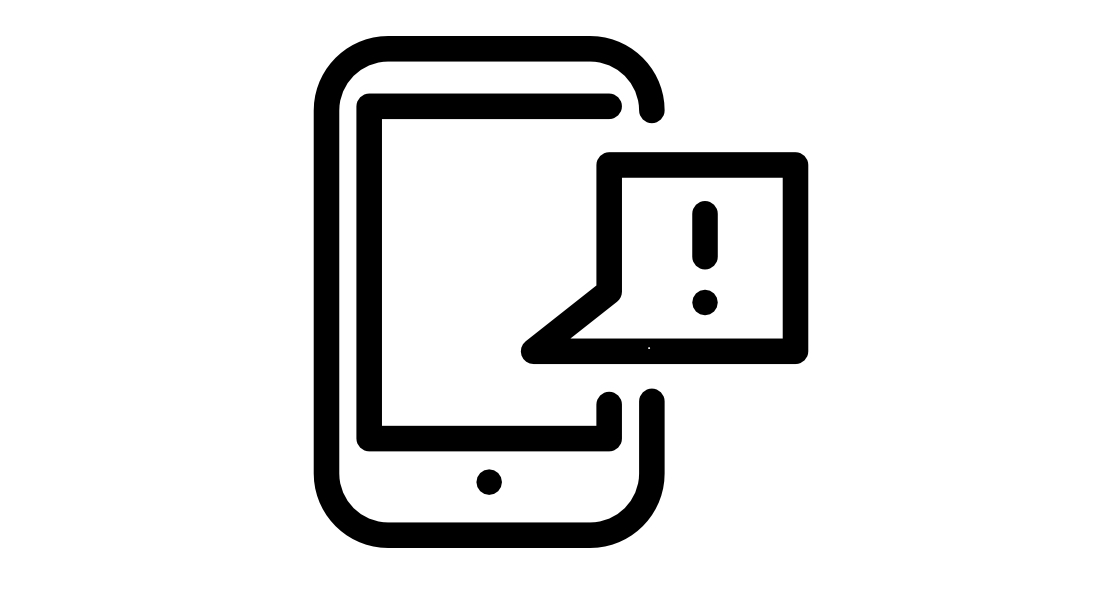 Designed to save lives, this service is intended for exceptional events that can span very different sized zones and require an immediate response: tsunamis, industrial accidents, terrorist attacks, etc. The system would remain up and running even in the case of events that destroy terrestrial warning networks and telecommunications infrastructures (telephone landlines, mobiles, Internet, etc.).

The GRALLE project is funded by the European Commission. The initial study kicked off in February 2017 and will be completed in December 2018. It aims to define, design and validate the implementation of a reliable, standardized and low-latency warning system that uses the Galileo infrastructure. Once implemented, the system will improve people’s safety and security worldwide.

According to the original specifications, the consortium in charge of the project had to meet the following requirements:
•    Define the mechanisms for collecting warnings from different sources/stakeholders, and be ready for the integration of new sources in the future.
•    Define the capacity of the early warning system in order to combine warnings received from different sources and generate warning messages to be sent via Galileo signals.
•    Design a secure and reliable process for distributing warnings via the Galileo system (mission ground segment, space segment and receivers).
•    Define a strategy to effectively warn populations with brief messages and maximize the effectiveness of warning distribution (latency should be very short, just a couple of seconds).

By leveraging synergies between the different European partners, we have already met all of the aforementioned requirements.

The partners in the GRALLE design study are as follows:
•    Thales Alenia Space (France), project prime contractor, which will handle coordination between Galileo’s safety and security bodies.
•    Telespazio (France), which contributes its expertise in space-based services.
•    Intelligence for Environment and Security Solutions (IES Solutions, Italy), supplier of the warning management tool.
•    STMicroelectronics (Italy), supplier of user terminal solutions, especially a modified GNSS chip allowing the system to receive and analyze the warning message.

Checking out the technical solution in Australia 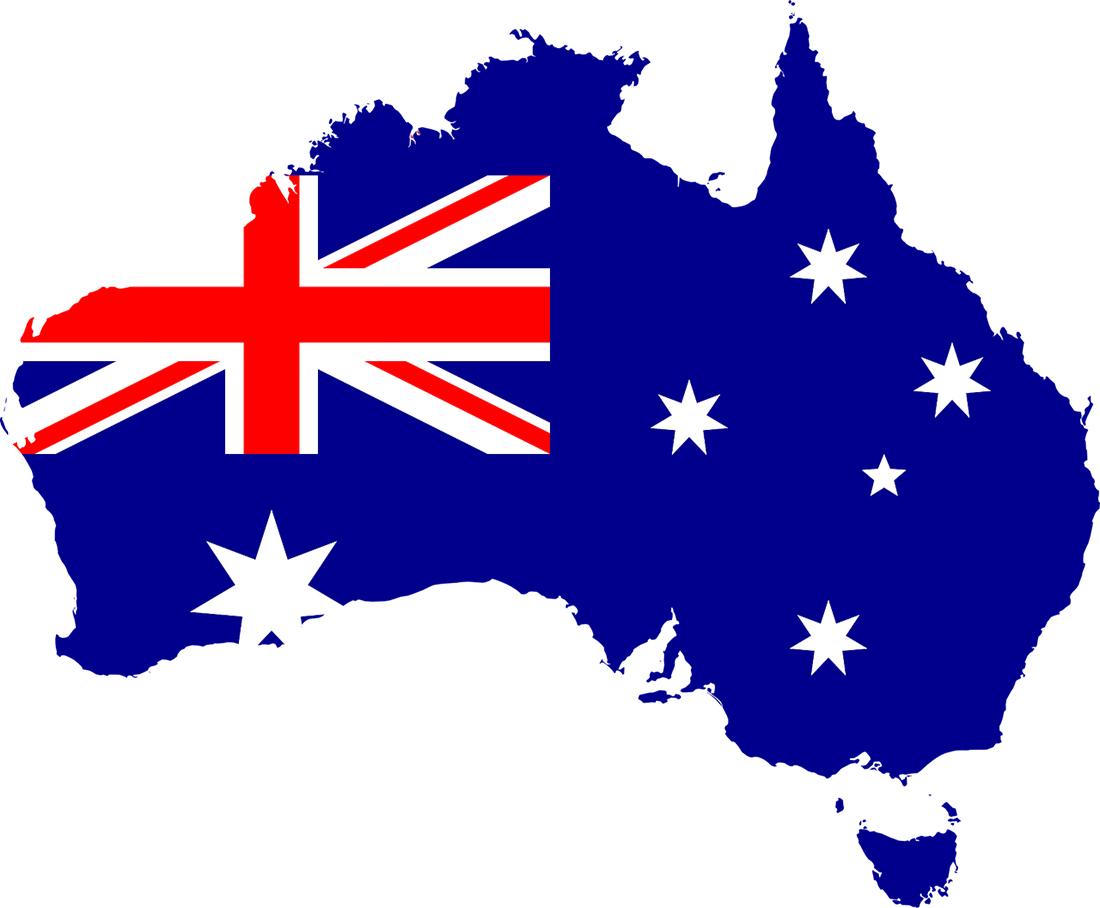 The Galileo-based Emergency Warning Service (GEWS) system has undergone tests in various countries, allowing us to state with certainty: the solution offered by the GRALLE consortium works! A demonstration was recently organized in Australia. The test system included Galileo, a Galileo receiver connected to a smartphone with the GEWSMobile app (developed by the GRALLE project to display warnings on smartphones), the QZSS system (the Japanese equivalent to Galileo, but with regional coverage for Japan), a QZSS receiver and a smartphone with the GEWSMobile app. Two types of tests were performed, based on the transmission of warning messages: a local test in a Melbourne suburb with a single warning message sent via the QZSS signal; and a test including three warning messages targeting two communities close to Brisbane and one close to Perth (Brisbane and Perth are about the same distance apart as London-Moscow), simulated as if they had been sent via a Galileo signal. Results were fully in line with expectations for the GRALLE project: testers received these messages within a few seconds after they were sent (or the simulated transmission), and virtually simultaneously as well, showing that the system developed by GRALLE can simultaneously warn populations located thousands of kilometers apart for different events (in the case of multiple events in Europe) or the same event (a major Europe-wide natural disaster). Galileo is therefore fully capable of supporting a global, low-latency emergency warning system. 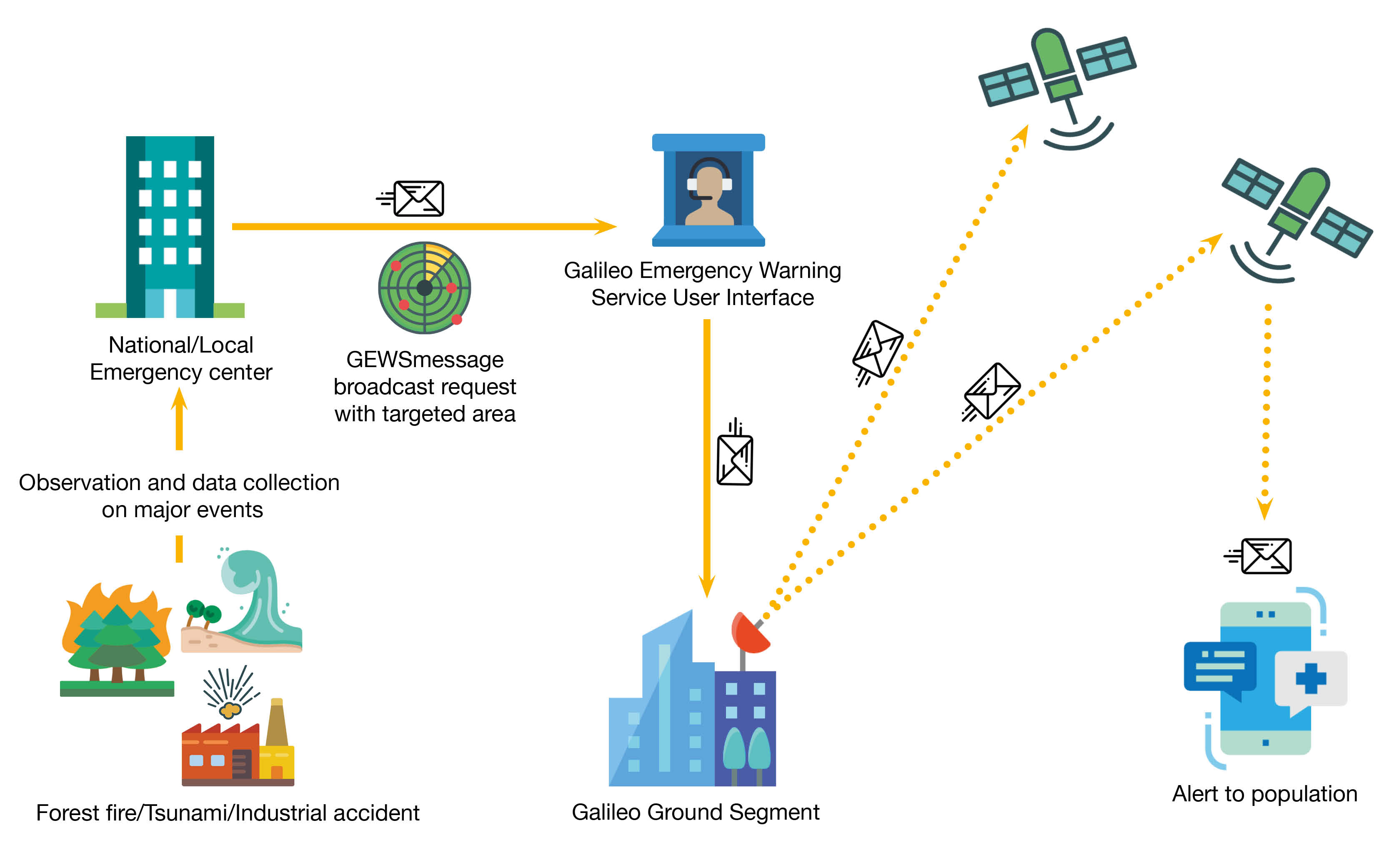 This type of system obviously harbors tremendous benefits for people around the world. Since the system enjoys global coverage through the Galileo constellation of satellites, and requires no land infrastructure other than Galileo centers, it can be used even in areas that do not have any land infrastructures or where communications infrastructures were already destroyed. Furthermore, warning messages are received virtually instantaneously. This means that the solution can really save lives, especially in the case of natural disasters (tsunami, hurricane, earthquake, etc.).

The GRALLE project is financed by the European Commission as part of the call for bids No. 536/PP/GRO/RCH/16/9261, “Galileo Emergency Warning Service”.