After five years (launched on Aug. 5, 2011) and nearly 1.8 billion miles, Juno - JUpiter Near-polar Orbiter - the first craft to orbit Jupiter in more than a decade, is poised to begin answering the enigmas beneath the cloud tops of Jupiter. Jupiter is a giant ball of gas, 300 times more massive than Earth and just because of its enormous size the planet has had a profound influence on the evolution of our system. But its origin and its evolution are still a puzzle to solve.

JUNO mission is designed to peer deep into the thick layers of gases that make up the planet’s atmosphere and return data that could be crucial to understanding the birth not just of Jupiter but of all the planets in our solar system, including Earth.

Juno's scientific payload includes The KaT - Ka-Band Translator-,  built by Thales Alenia Space Italia with the support of the Italian Space Agency (ASI) and the collaboration of the Radioscience Laboratory of University of Rome "Sapienza". The KaT makes it possible to carry out one of the main objectives of the Juno mission, namely the determination of the gravity field of Jupiter, decomposing it into its various spherical harmonic components. The knowledge of these components enables us to answer many questions about the internal structure of the planet. The existence and the size of the nucleus are the key to distinguishing between the various models of its formation. The KaT is one of the instrumental strands of Italian excellence recognized worldwide, begun with the Cassini mission, ensuring the splendid results achieved so far with that instrument, and which evolved into the MORE - Mercury Orbiter Radio science Experiment- instrument planned on board the ESA BepiColombo mission. 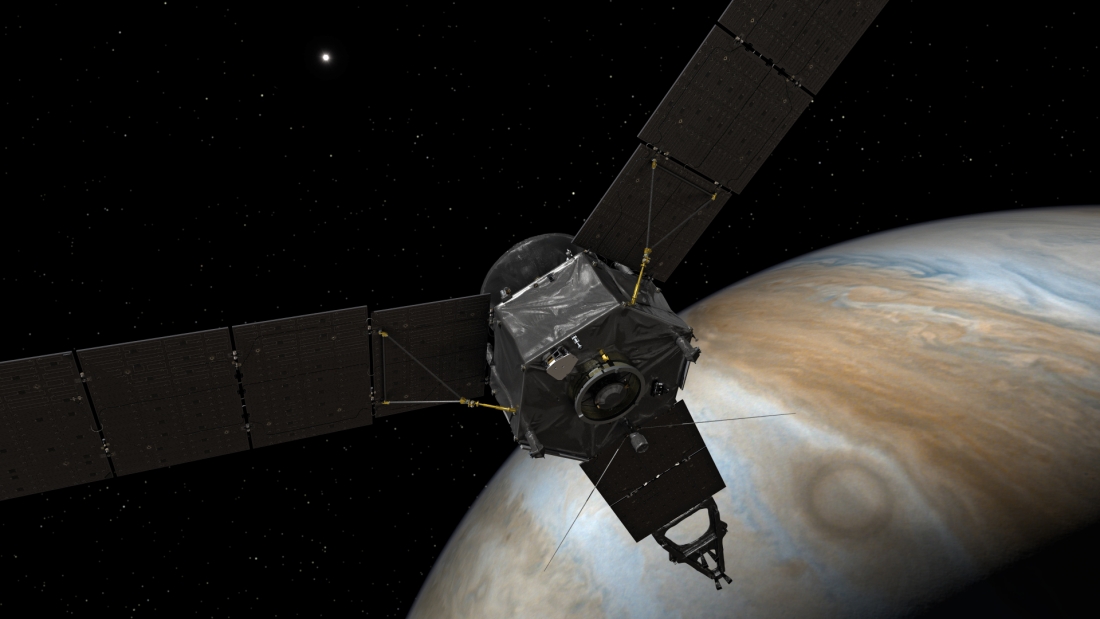