On Mars, with Perseverance!

After a journey lasting nearly seven months, NASA’s Perseverance rover touched down on Mars yesterday, February 18. It landed in the Jezero Crater, a 45-kilometer (28 mile) hole in the ground about 18 degrees north of the Martian equator. 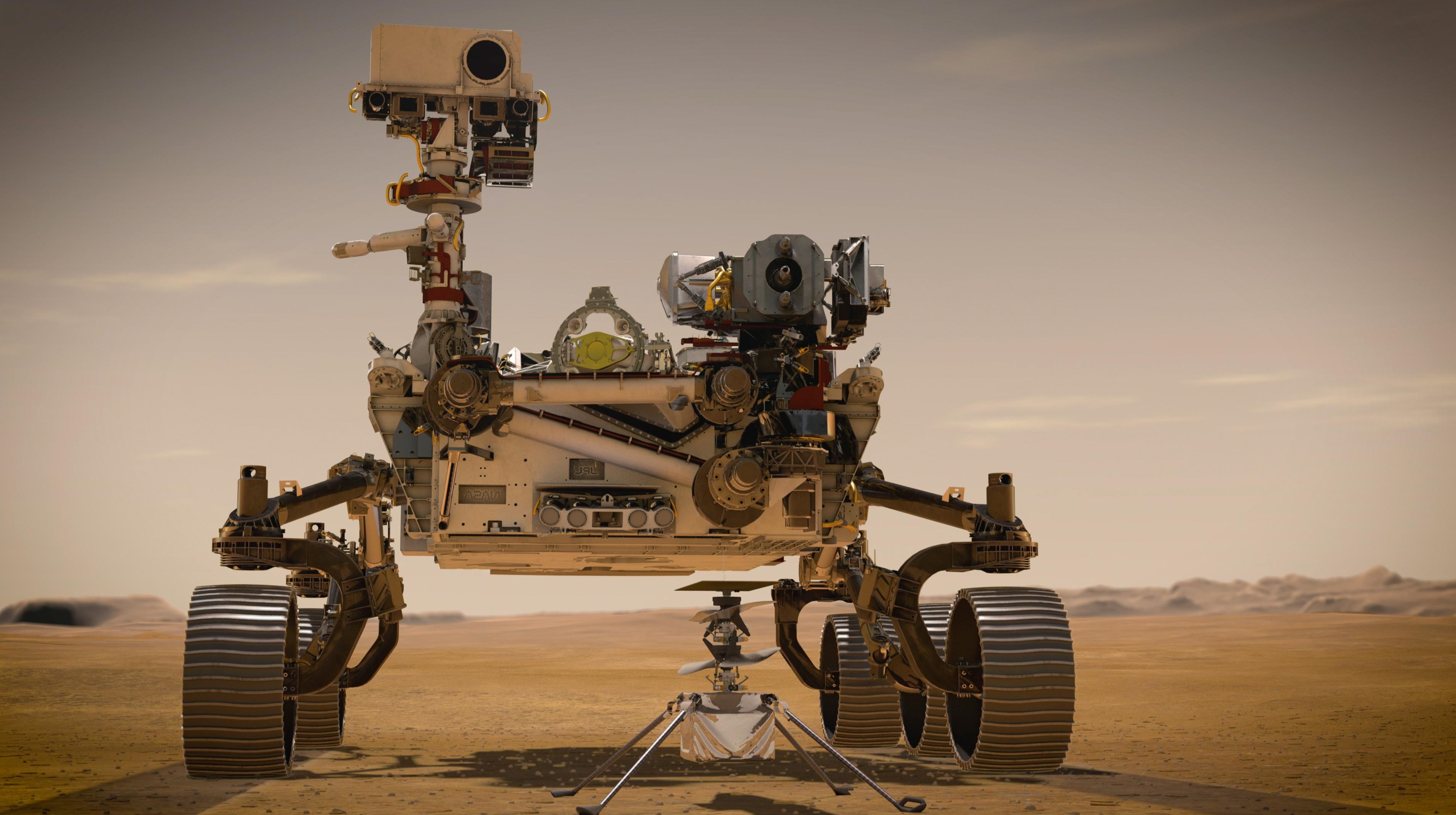 This was a huge success for NASA’s Mars 2020 program and all partners involved, including of course Thales, which built the laser at the heart of SuperCam, the instrument that will look for potential signs of life on the Red Planet. 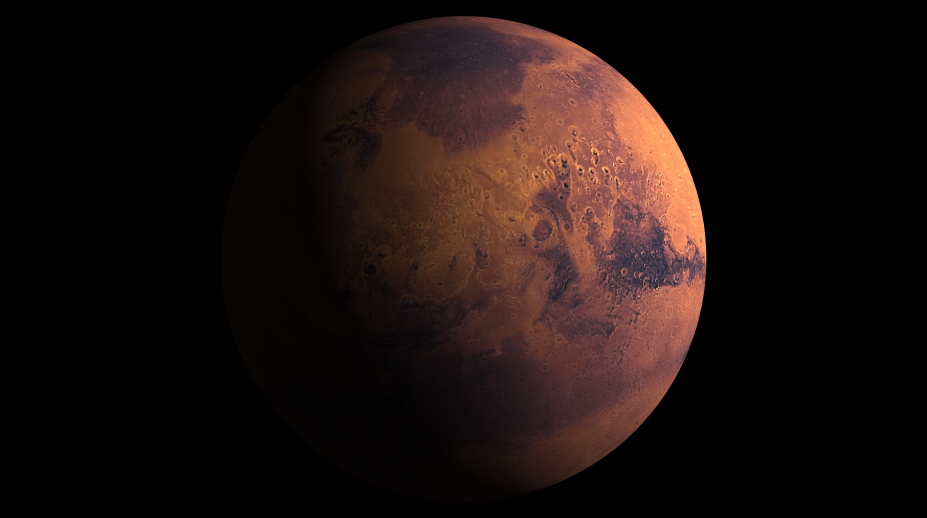 In the last month alone, three new spacecraft arrived at our neighboring planet. This plethora of voyagers is not by chance: Earth and Mars are currently in the best position for interplanetary travel — a situation that occurs only once every 26 months. The first arrival, the United Arab Emirates’ Hope Probe, made it to the Red Planet on February 9, 2021. It will stay in orbit and study its atmosphere for one complete Martian year (687 Earth days). China’s Tianwen-1 spacecraft entered orbit this month and will begin scouting a potential landing site for its rover, due to be deployed in May.

These spacecraft joined six others already monitoring the Red Planet from above:

Calling home… with a little help from your friends 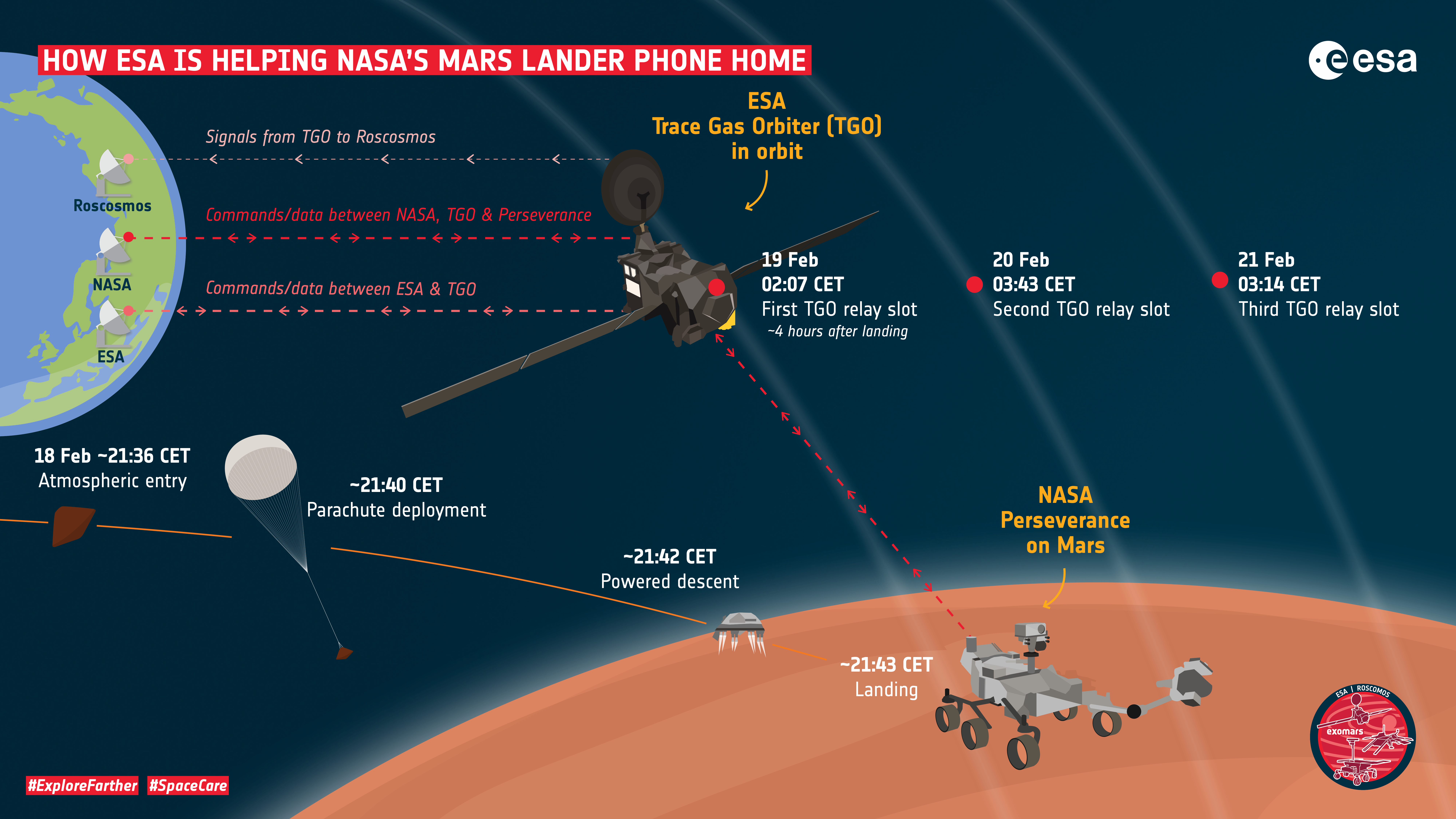 Perseverance will rely on several fellow spacecraft already orbiting Mars to communicate with Earth – sending data and images back home and receiving commands from engineers.

The Thales Alenia Space-built Trace Gas Orbiter (TGO) is one of these waystations. TGO was launched in March 2016 and has been in orbit around Mars since October 2016. It reached its definitive “scientific” orbit in April 2018 after an impressive aero-braking maneuver that allowed it to transition from a highly elliptic to a circular orbit while using very little propellant. Over the last four years, TGO has been carrying out scientific observations. Not only does it take detailed 3D pictures of the surface, it also analyzes the Martian atmosphere, looking in particular for traces of methane, an essential component of life, and then determining whether it is of biological or geological origin. In addition, TGO acts as a communications relay between Mars and Earth. In the following weeks TGO will try to take shots of Perseverance, since it will fly over this rover just four hours after the landing. 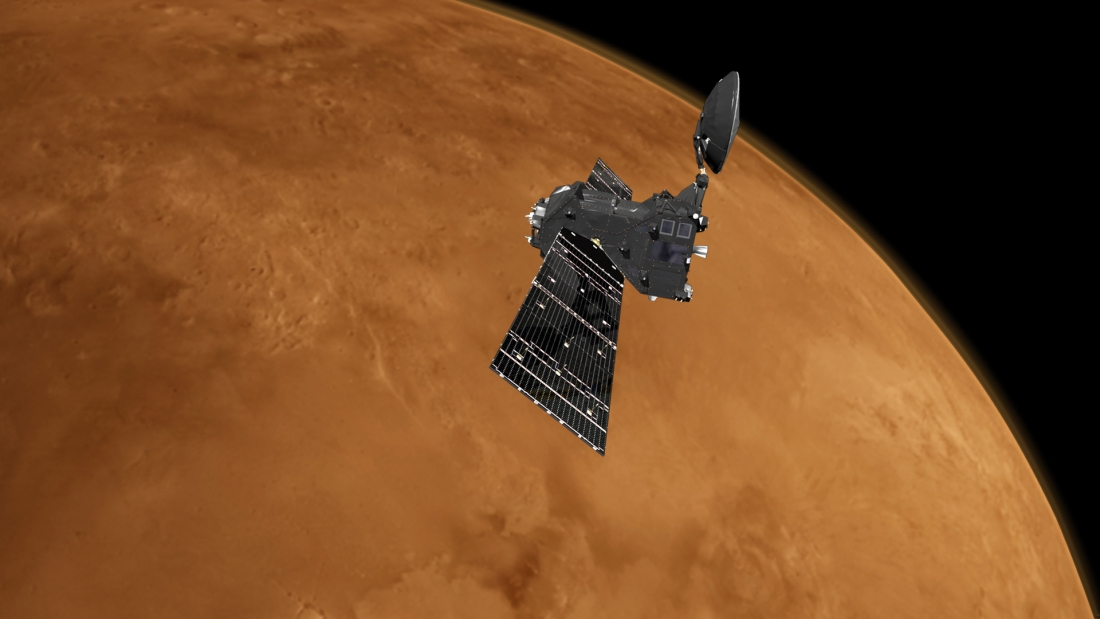 In addition to Mars 2020, TGO is also supporting NASA’s InSight mission, meaning that it can accommodate at least four data relay passages per Martian day (2 for Perseverance, 1 for InSight and 1 for Curiosity). This experience will be very useful for the upcoming ExoMars 2022 mission.

Europe’s Mars Express spacecraft, integrated by Thales Alenia Space and launched in 2003, also plays a critical role. Not only has it helped answer fundamental questions about the geology, atmosphere and potential for life on Mars, it also provides additional wide angle views and is monitoring conditions in the targeted Perseverance landing site.

Humanity got its first close-up look at Mars on July 15, 1965, when NASA’s Mariner 4 spacecraft flew past the Red Planet, recording grainy images of a barren, cratered surface. They were the first glimpses of another planet as seen from space.

Kicking off a new decade of space exploration 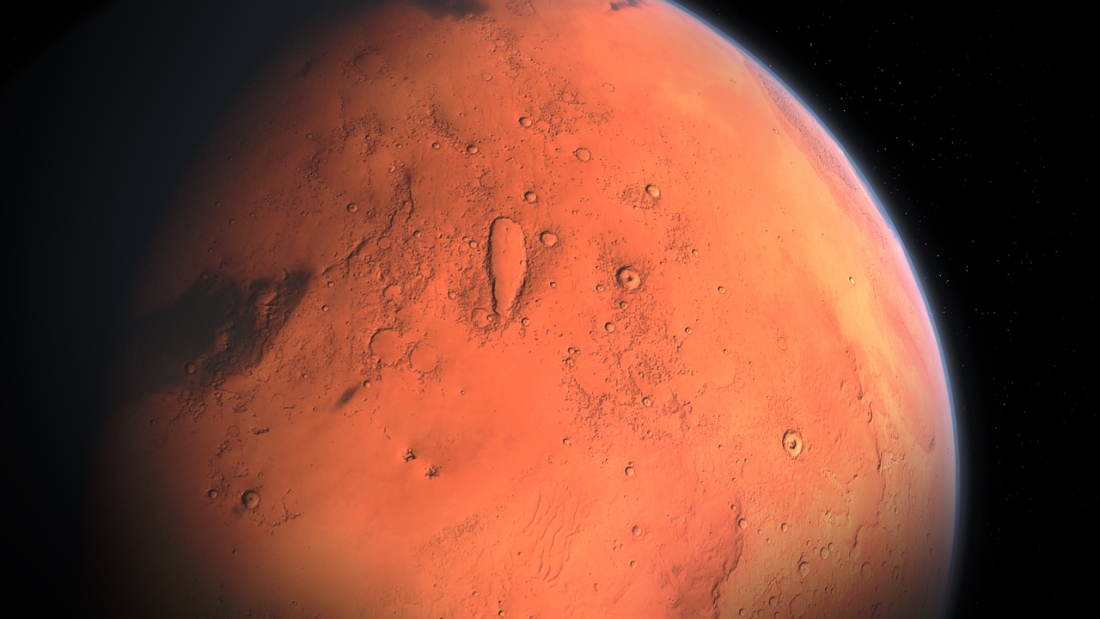 Thales Alenia Space recently signed an Authorization to Proceed (ATP) with Airbus Defence and Space, prime contractor for the Earth Return Orbiter (ERO), which will bring samples from Mars back to Earth. ERO is one of the key components in the Mars Sample Return (MSR) mission, an international program led by NASA.

At Thales Alenia Space, we are delighted to have been chosen for the Lunar Gateway, one of the pillars of NASA’s Artemis program, which aims to land people on the Moon by 2024. Our company leveraged its unique expertise in orbital infrastructures (including half of the International Space Station’s pressurized volume), robotics, transportation systems and space exploration to take an important role on the cis-lunar Gateway space station.

In addition to the HALO pressurized module, Thales Alenia Space was selected by ESA as the prime contractor for two more key components, I-HAB and ESPRIT. We are also involved in a number of other programs concerning lunar exploration. These recent successes strengthen Thales Alenia Space’s global leadership in orbital infrastructures and confirm our leading position in lunar exploration programs.

Thales Alenia Space develops cutting-edge solutions dedicated to the exploration of the Moon, Mars and deep space, with the Moon being used as an outpost for further-ranging human exploration missions. Mars will undoubtedly be the next stop after the Moon. In short, the Moon and Mars have never been so close!

**MARSIS, the Mars Advanced Radar for Subsurface and Ionosphere Sounding, one of the main instruments on ESA’s Mars Express orbiter, was developed on behalf of Italian space agency ASI by Sapienza University of Rome, in collaboration with JPL, and produced by Thales Alenia Space in Italy. It works by emitting low-frequency radio pulses that penetrate the subsurface and are reflected back, indicating changes in the density or composition of materials. By analyzing these echoes, it is possible to determine the dielectric constant.

***Thales Alenia Space is the industrial prime contractor for the two ExoMars missions, a joint Mars exploration program between the European Space Agency (ESA) and the Russian space agency Roscosmos. ExoMars 2022 will search for traces of life on the Red Planet.