Could you describe your career path to date?

When I was very young, I had already decided to go into science & technology. I went to the Telecom Paris engineering school because that allowed me to combine my interest in working for a sector at the cutting edge of technology, namely telecommunications, and my passion for space, via a space telecom program that was offered at the time. After I graduated, I started my career in Japan in 1990 as a guest researcher at the satcom research lab run by NTT, the leading Japanese telecom operator. I was the only woman working in a Japanese lab with 300 engineers, and also a foreigner!

I joined Thales Alenia Space (Alcatel Espace at the time) in 1993. I was a systems engineer working on the first Globalstar constellation (my first venture into this field), and we had to invent everything needed, along with my American colleagues at SSL and Qualcomm. But I quickly felt the need to get a better handle on our production operations, and I therefore made the transition from working on end-to-end systems to the design and development of digital equipment. This wasn’t a conventional career move, but it turned out to be a very rich experience, teaching me a lot for my subsequent positions. I was lucky enough to work on the first onboard digital processors (OBP), in R&D and also for commercial programs. 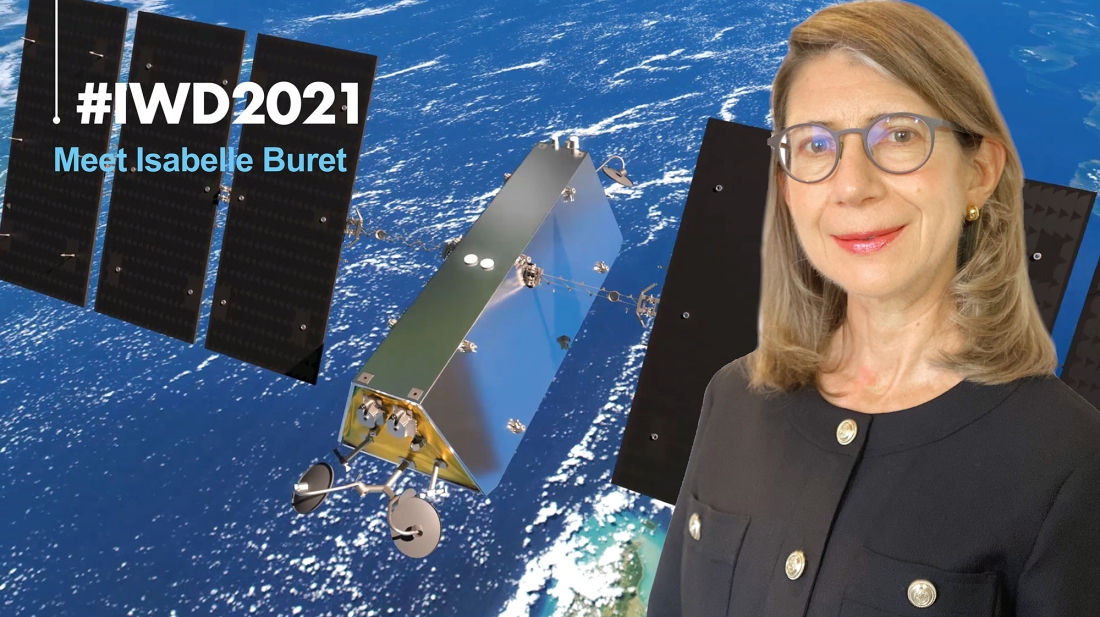 A few years later, in 1999, I returned to systems, taking responsibility for telecom and navigation system research in a newly created R&D department. I managed a team of brilliant engineers and PhD students, laying the groundwork for our future telecom systems and applications. For instance, we helped pioneer very high throughput satellite (VHTS) systems and mission flexibility (like the current Space Inspire). Of course, I wanted to make sure that our research could be transferred to actual products, so in 2010 I extended my scope of responsibility to include cross-functional R&D management and telecom product policy for the entire company. I’ve always been driven by the desire to work on new technologies. One of my greatest sources of satisfaction was – and still is – seeing that a large majority of the technical and technological innovations that my research team and the various product R&D teams worked on at the time were subsequently integrated in our systems and satellites, and in fact became industry standards.

In 2013, after working in R&D for many years, I was asked to join the Iridium NEXT program as “Program Design Authority”. For me, this was a major change, and also marked a return to programs. Back in 2010, our company had won a major contract from the operator Iridium to act as industrial prime contractor and end-to-end system manager on a project to replace their original low-orbit constellation of telecom satellites, which was reaching end-of-life. From January 2017 to February 2019, aboard eight Falcon 9 launches by SpaceX, the new constellation was launched and replaced the older generation, with the entire system being fully validated a few months later – clearly reflecting the quality of our design. 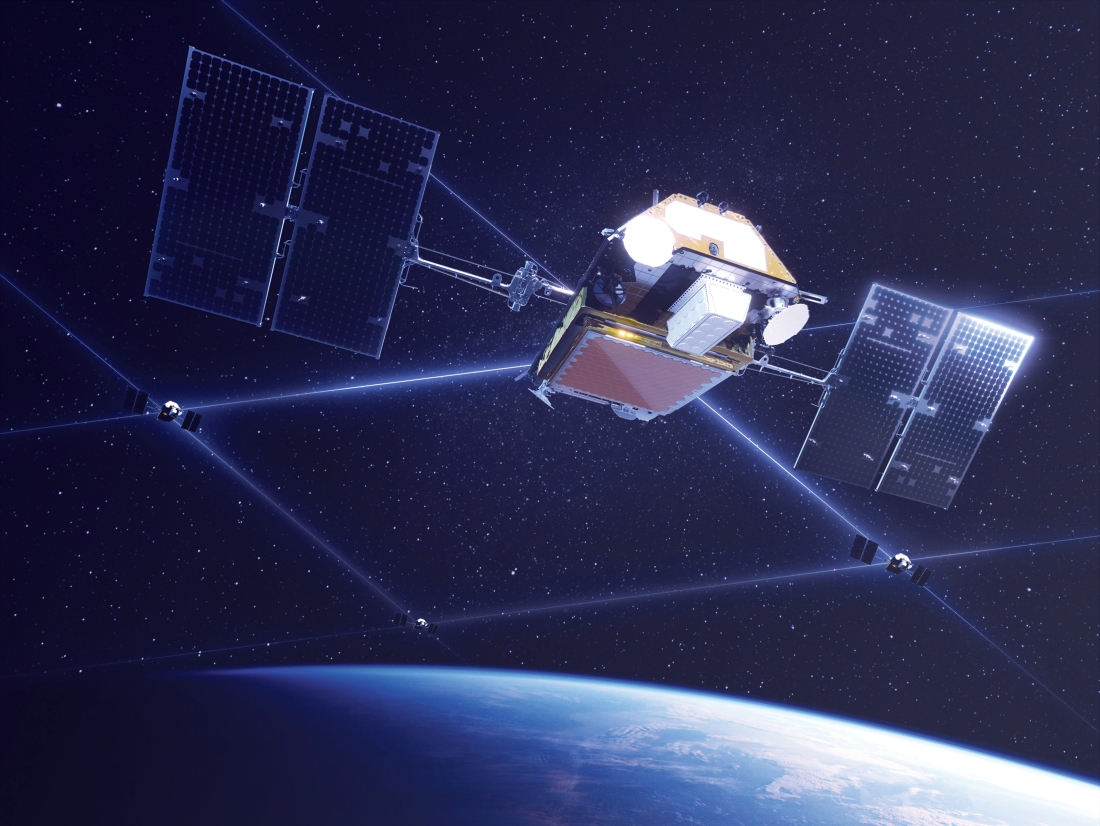 Today, there are 66 Iridium NEXT satellites operating in orbit. They cover the entire planet, including the poles, enabling Iridium to virtually double the number of subscribers. This program was a very intense adventure, from both the industrial and human standpoints, and one that left its mark. Iridium NEXT is still the most complex satellite system to be fully deployed to date, and we are very proud of this success and how it showcases Thales Alenia Space.

Along with my role on the new Iridium constellation, in 2017 I was also named Technical Authority for the Telecom Business Line. I started working on a proposal that would prove to be an immense technical, technological and program challenge, the Lightspeed system from Telesat – another constellation, a system that had to be built from the ground up! I was drawn to this new adventure because of my fascination with this type of multifaceted challenge. I was Chief Engineer for the proposal, a highly critical role because I had to guarantee that the technical solution we had devised and offered to Telesat perfectly met its requirements in terms of performance, cost and scheduling.

So here I am today, both happy and proud to have worked alongside this exceptional team to win this contract to develop a broadband system based on nearly 300 satellites in low Earth orbit… the story continues!

Do any events in your career stand out?

Well, there were a lot (laughs), but let me give you just three examples.

I just mentioned Iridium NEXT. You know, when you’re a manufacturer and you’re given the responsibility of replacing, one by one, an entire constellation of orbiting satellites, without any impact on system users… well, it’s not so easy! You’re always afraid that things won’t happen as planned. So this is a huge challenge. When the first ten Iridium NEXT satellites were successfully launched from the Vandenberg Air Force Base, under the sunny California skies, it was a very emotional moment for me. I felt this very intensely, along with my colleagues from Thales Alenia Space and Iridium, when we were at the Iridium satellite control center near Washington, D.C., as the payloads on the first satellites were activated, the first inter-satellite link was established, and then the first phone call took place between Bertrand Maureau, VP of our Telecom Business Line at the time, based in Toulouse, and Matt Desch, CEO of Iridium in the United States – it went off without a hitch, and the sound quality won kudos from our customer.

This first launch really left its mark, since everything worked the first time, and performance exceeded expectations. Today, Iridium NEXT is still the most complex fully deployed system of its type, and our customer continues to be wholly satisfied.

The second highlight, mentioned earlier, is much more recent. We were delighted to be chosen by the Canadian operator Telesat to develop and deploy Lightspeed, a constellation of nearly 300 telecom satellites in low Earth orbit, along with the entire ground segment. The announcement of this business win was a fitting culmination to the hard work of all our teams involved in this project. 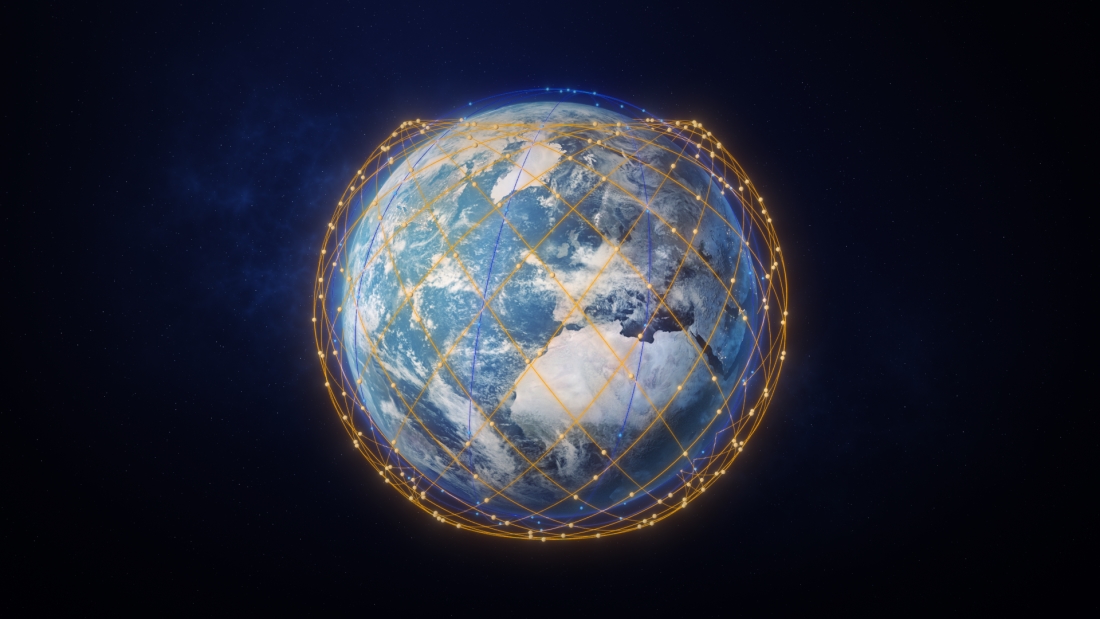 The third event that left its mark is more of a personal one. In 2012, I was overjoyed and extremely proud to win the Irène-Joliot-Curie prize in the category, “Woman’s Business Career”, awarded by the French Minister of Research and Higher Education. The award ceremony at the French Academy of Sciences was a very moving moment for me, and it was also a great honor for me to be subsequently named a Knight in the Legion of Honor! You can imagine how that made me feel; it was a very satisfying personal feeling.

How would you describe the Lightspeed constellation? 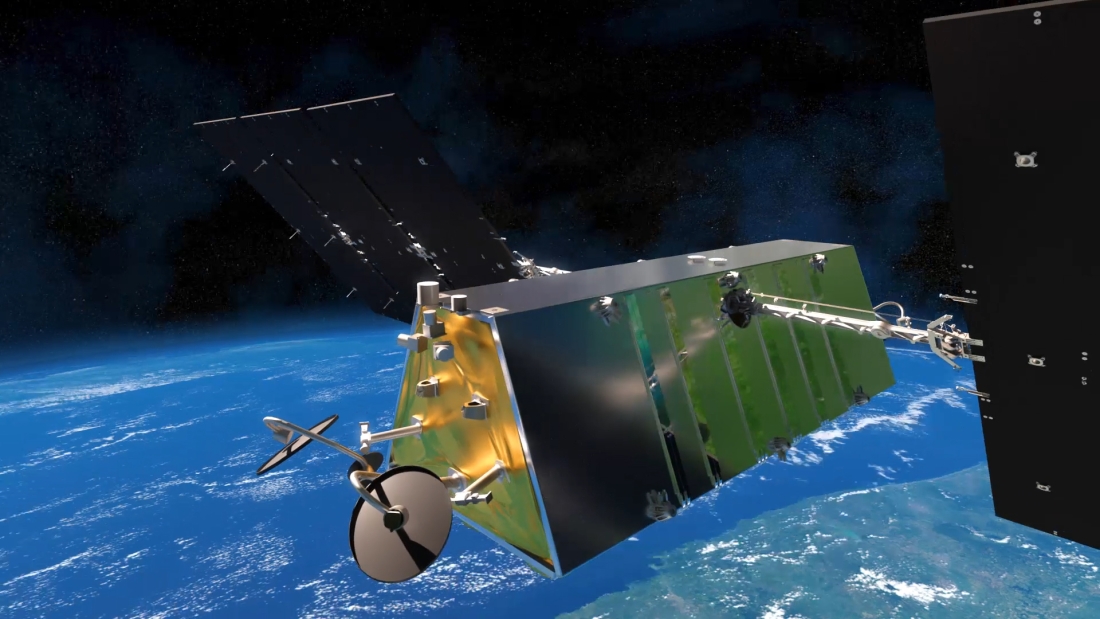 It will comprise exactly 298 telecom satellites in low Earth orbit, with each one weighing between 700 and 750 kilos. It will be a state-of-the-art network, designed to supply throughput of several terabits per second worldwide for services combining very high speed and low latency. Lightspeed is intended for telecom services dedicated to mobile connectivity (aviation, maritime, etc.), backhauling for 4G and 5G, government and business communications. Telesat is relying on us at Thales Alenia Space to supply the space and ground (operation and mission) segments. We’re also responsible for designing and integrating the ground network (user terminals, stations to connect to terrestrial networks) and for the system’s end-to-end performance. 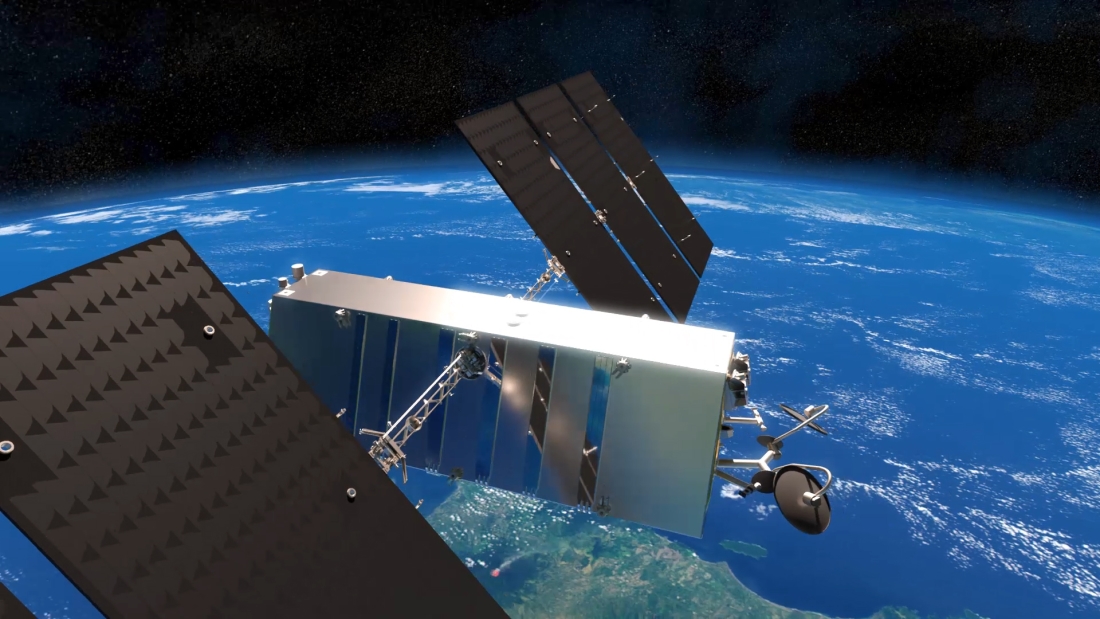 The satellites will feature new technologies, including a flexible digital processor and high-performance active antennas, and they will be interconnected via laser links. All of these features mean a system solution offering throughput of several terabits/second, global coverage and a high degree of flexibility – including over oceans and the poles – along with very-high-throughput services and high-level end-to-end security.

What do you have to bring to the table to build such a sophisticated constellation? 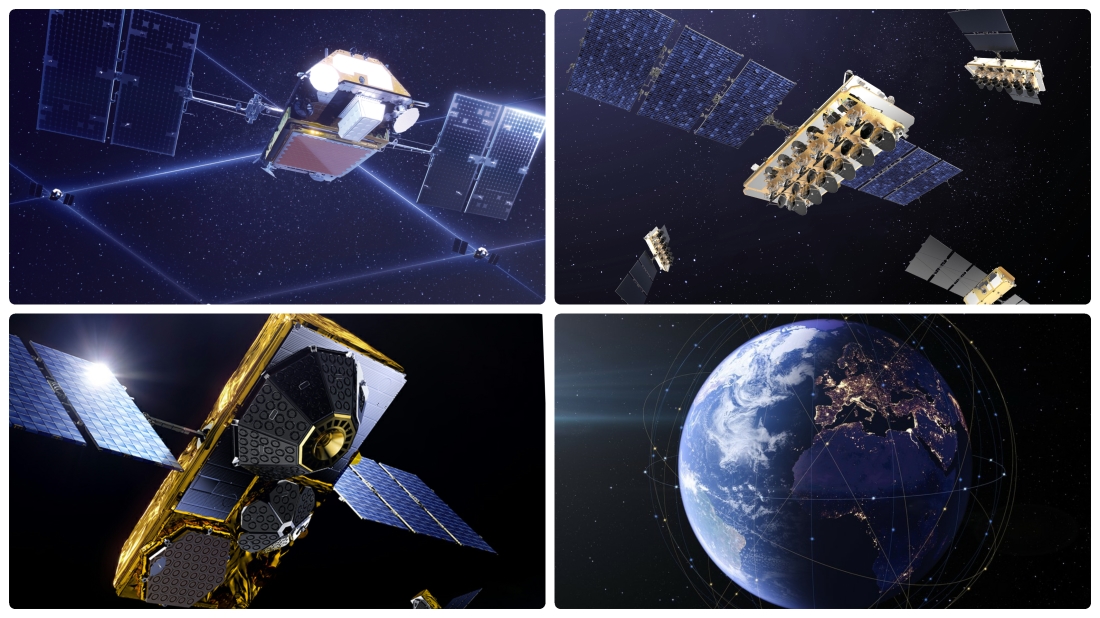 First, it’s worth noting that all operational Telecom constellations to date, Globalstar 2, Iridium NEXT and O3B, were built under Thales Alenia Space prime contractorship. We were also able to capitalize on this unrivaled heritage to address other markets, such as Earth observation with high revisit rates (BlackSky), space surveillance from space and detection of space debris (SkyLark) and the Internet of Things (Kineis, Omnispace). 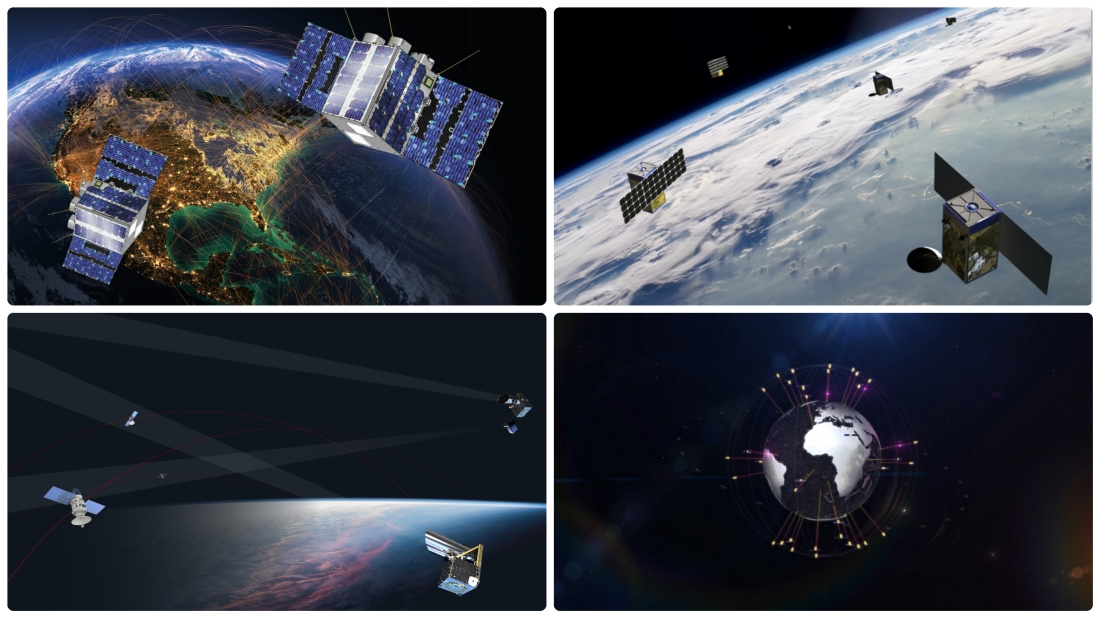 What kind of advice can you give to any future engineers reading us today?

The space sector offers a vast spectrum of possibilities. It’s also a sector that’s constantly changing, and not a static environment. On the contrary, it’s very intellectually stimulating, and enriches our lives in many ways. It’s also a team effort, not only through R&D to lay solid foundations for the future, but also in terms of managing very large-scale programs. You can’t really accomplish anything important in this field without other people. You learn a lot from your surroundings, by feeding off other people’s cultures, experiences and know-how. 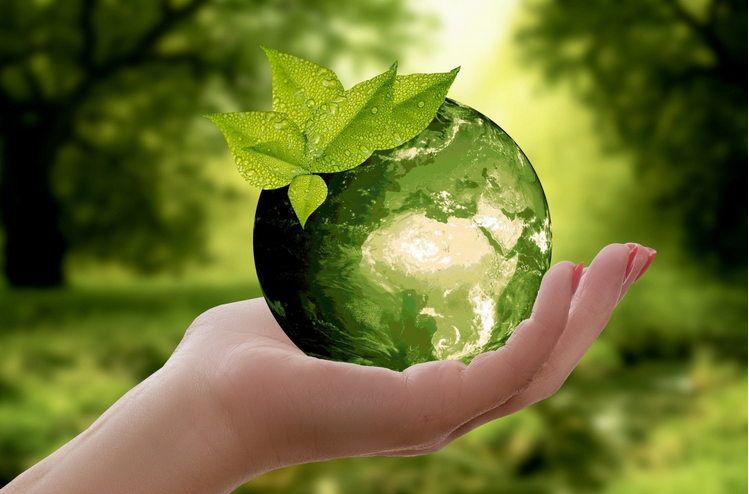 We’ve talked a lot about telecom satellites today. They play their role by delivering connectivity worldwide, especially in difficult situations when other systems are down or don’t even exist, and also help bridge the digital divide in isolated regions. But there are many other types of satellites, for meteorology, oceanography and environmental monitoring, for instance, which keep a close watch on our planet, provide data to decision-making bodies to help offset the risks of global warming and extreme weather (hurricanes, tsunamis, etc.). In fact, how would we navigate today without our global navigation satellite systems? 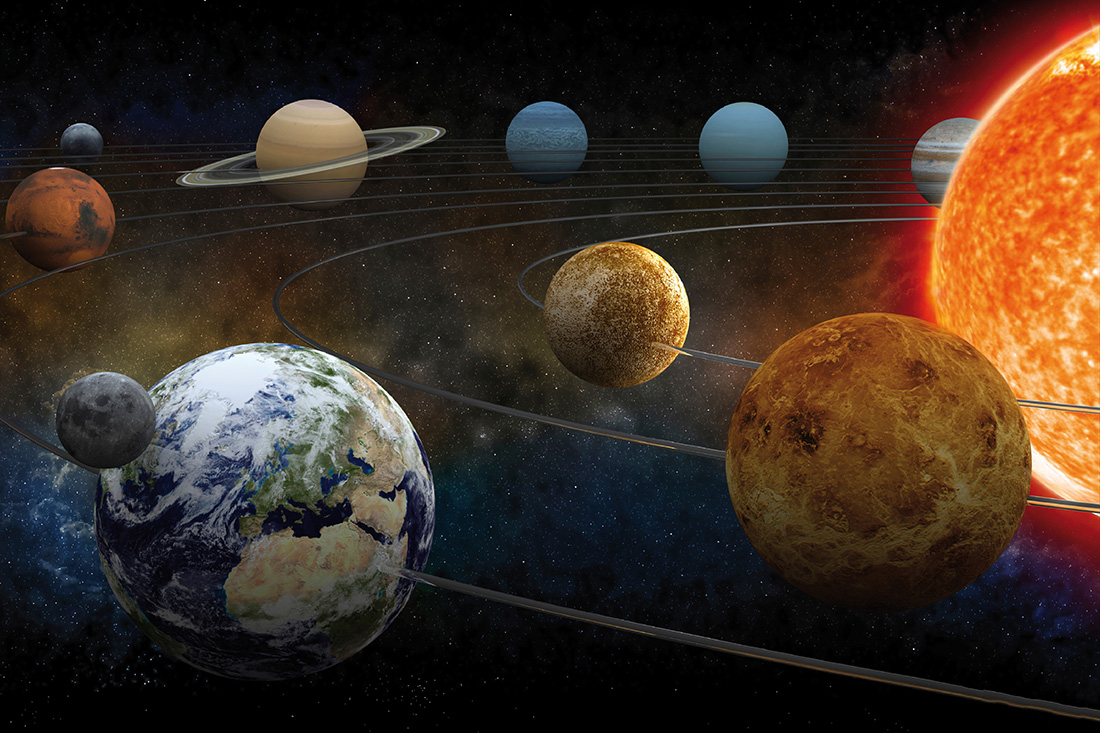 Another aspect of our business is perhaps even more exciting and intellectually stimulating, namely science and space exploration. During the coming decades, we will undoubtedly see human missions to deep space, and it seems likely that we will try to send astronauts to Mars.

Venus, Mars, Mercury, the Moon, Saturn, the Sun, comets, exoplanets… Our company has been privileged to act as a lead industrial partner on fantastic exploration missions across the Solar System. We also provided fully half of the pressurized volume on the International Space Station, and we’re a major contributor to the Lunar Gateway, the planned space station for the Moon. As you can see, all these programs are like dreams come true, and there’s something for everyone. What I would say to the next generation, in all modesty, is to believe in yourself and in your capabilities, to set goals and give yourself the means to reach them, but above all to have fun and enjoy a good work-life balance.

What are the personal qualities needed for this kind of job?

As you’ve undoubtedly understood, passion, but also tenacity and perseverance, not to mention keeping an open mind, the ability to listen and work in a team, and of course flexibility.