Sabrina Andiappane, an engineer at Thales Alenia Space, named “Most Promising Newcomer” in the Women in Industry awards

Ready to meet any challenge!


And how did Sabrina finish on the podium for this prestigious award at the tender age of 26? 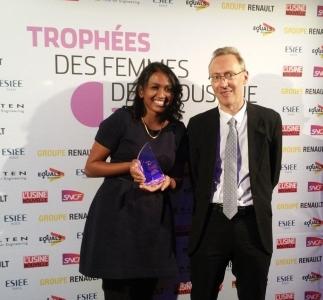 From the beginning, Sabrina was driven by passion. As a child she wanted to be an astronaut, then, as she got older, she knew she wanted to work in a field related to space. At a major crossroads in her life, she made the daring decision to study electronics, then to enter an engineering school, ESIEE, where she majored in radio-communications.

Sabrina was not only determined to study engineering, she was also fully conscious of the importance for a woman of making this choice. Along with other women engineers and future engineers, she created an association supported by Univers Sciences (Cité des Sciences, Palais de la Découverte), called "Allez les filles, osez les sciences! (“Go for Science Girls”). As their association’s sponsor, they chose well-known French astronaut Claudie Haigneré.

Since being founded, the association has supported the Women in Industry Awards. And this year, Sabrina decided that she would be a candidate herself.

So, her trajectory has come full circle – but at the same time, it’s only getting started.


In fact, why are we lucky enough to have Sabrina here at Thales Alenia Space?

In her last year at school, Sabrina got an internship in Cannes plant. After earning her engineering degree in 2013, she continued working in our company for two years, through a subcontractor. She was then was officially hired in April 2016.

Today, it should hardly surprise you to learn that Sabrina has a two-pronged role in the company: RF (radio-frequency) and onboard data management engineer; and R&D project management (ESA, CNES, European Union).

The aim is to develop the building blocks for tomorrow’s robotic space missions. I3DS is one of six projects being conducted at the same time. Each project concerns a building block, and has a consortium. Sabrina is in charge of the I3DS consortium of ten partners.


Sabrina, what are you most proud of?

I can set an example for my four nieces, who all want to “be like our aunt when we grow up.” In other words, they want to understand, be enterprising, and work in science.

“If I were a man” (question asked by L’Usine Nouvelle) 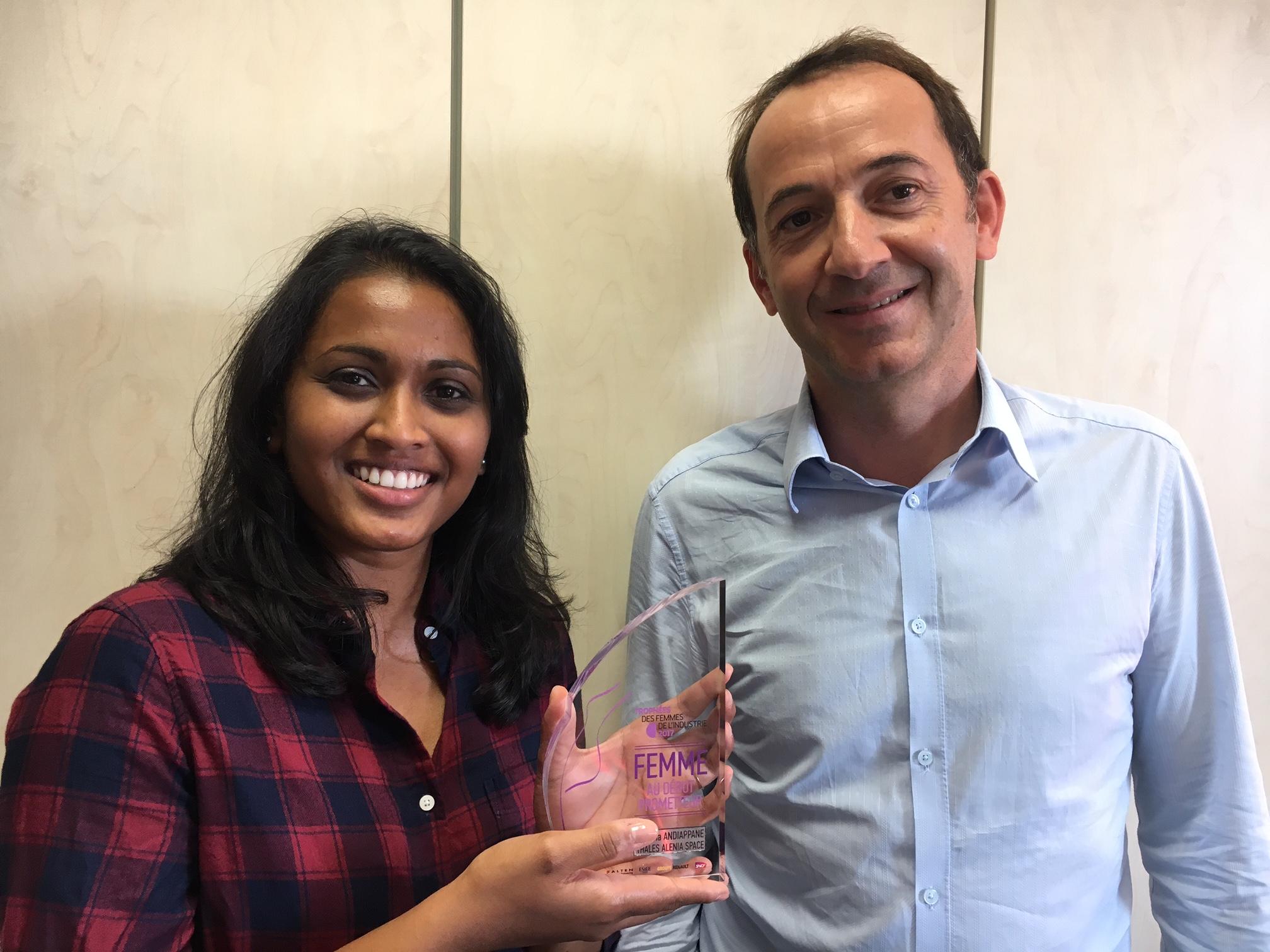 I wouldn’t be singled out in meetings where I’m the only woman. I wouldn’t hear people say that I was hired because I’m a woman.

Sabrina is also a mentor in the "Elles bougent" (“Women on the Move”) association, and is part of a working group created by the exchange committee in Cannes: “XYZ on the intergenerational equation".

Comfortable in her job and her life, passionate, a driving force, highly determined, clear-minded and multi-talented.... At Thales Alenia Space, we wanted to again congratulate our engineer Sabrina Andiappane for winning this prestigious award.