Hi there! I’m the planet Mars. You’ve known me since you began observing the night sky. Your Greek, Babylonian, Hindu and Egyptian ancestors associate me with their gods of destruction, war, death and fire. Over the centuries, it seems, I have inspired you to create  tales, novels, films, songs and more. Perhaps once or twice the inspiration went overboard… remember when you thought you saw canals on the Martian surface, and even little green men? Not to mention when we supposedly invaded the Earth in the last century… 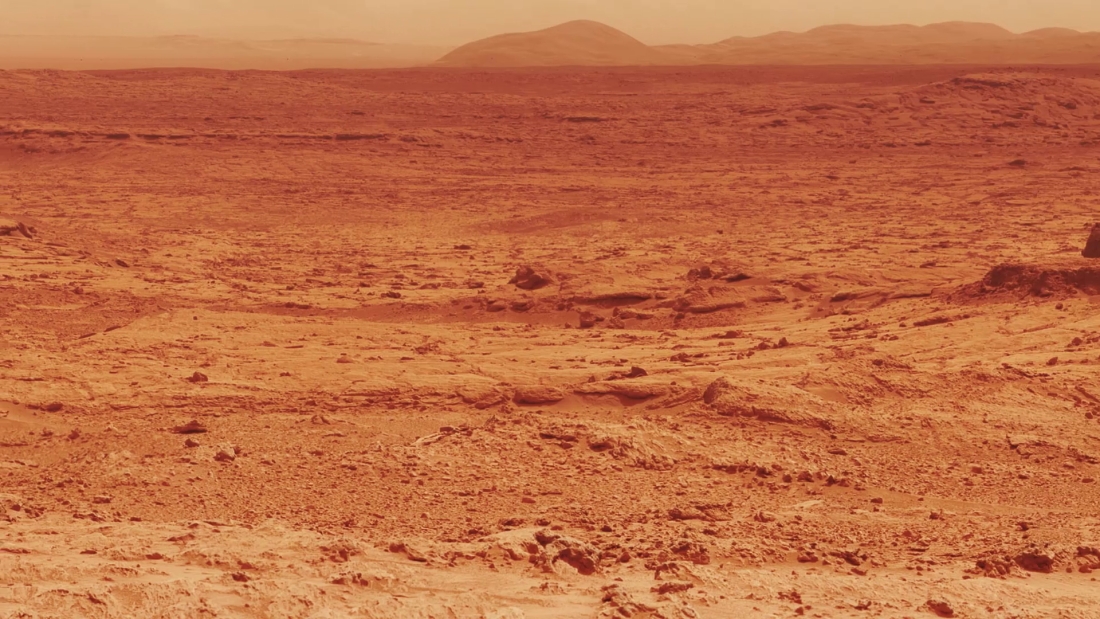 But in the meantime, you developed your technologies and your observations became more accurate, even sophisticated. You’ve learned so much about me that you can now get up close and personal, sending objects into my atmosphere and onto the surface. In 2016, I was delighted to meet your ExoMars* satellite, called the Trace Gas Orbiter. Seems that you invented this one to “sniff” my atmosphere and detect any traces of gases, especially methane, and then determine if they’re of biological origin. More specifically, you want to know if I ever harbored any life… Well, I’m not going to tell you, even if you tickle me! I’ll stay as silent as I always have, soldier’s honor! Yep, it’s entirely up to you if you want to discover my history – and you’re getting warm! 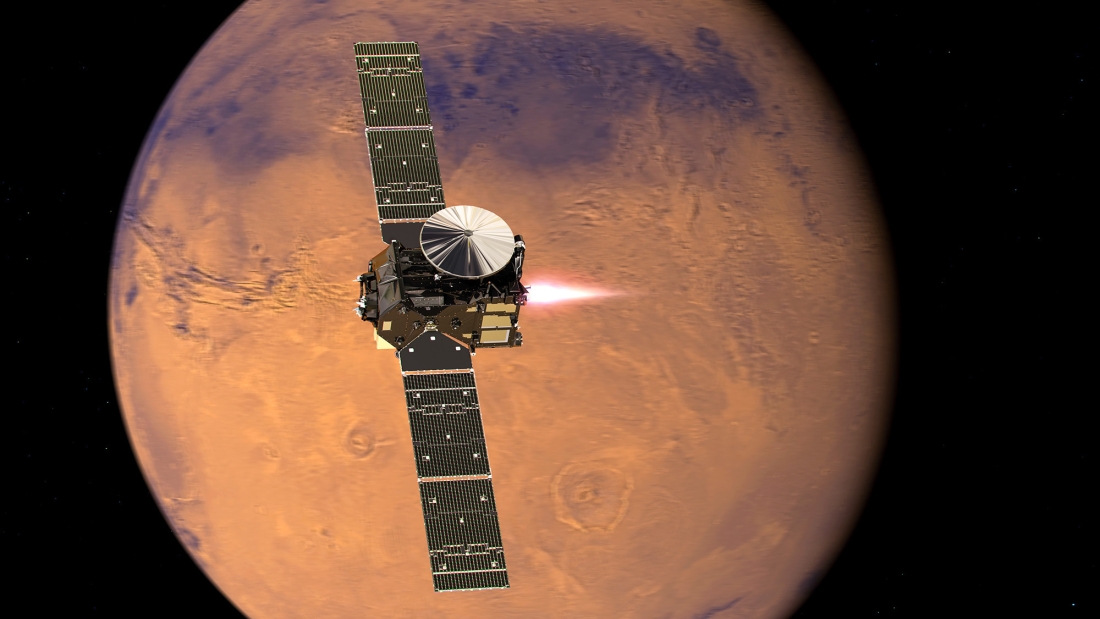 But I’m willing to play the game, and now I’m eagerly awaiting the arrival of the Russian landing platform and a rover from the European Space Agency, slated for 2021. If I understand correctly, you want to conquer my surface, and bring your luggage… as Ray Bradbury wrote some years ago. But it won’t be easy! First you have to actually touch down, like our American friends did not so long ago, take some baby steps on the surface to analyze the environment and start to really understand me.

From “Space Oddity” to “Life on Mars”

I heard your “Major Tom” talk about your messenger, the ExoMars rover. It’s always flattering to hear my name used… now I’m just waiting to welcome this vehicle.

A few months ago, your orbiter took some snapshots of me after being inserted into its planned orbit for scientific observations. I hear that it took some great shots, especially of the Korolev crater. 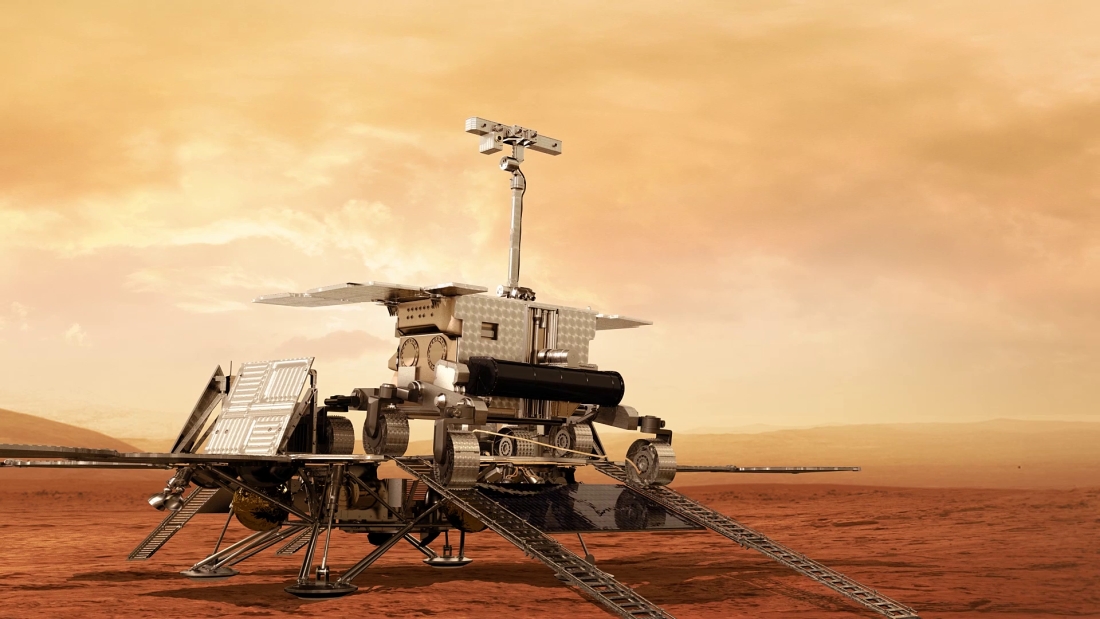 I’ll let your rover take any samples it wants from my surface – and even if it digs down a bit I won’t complain, I promise. But watch out, it’s going to have to be fast! The dust on my surface will eventually cover everything, especially its solar panels, which means it won’t have the energy to move around anymore. Not to mention that its electronic circuits may well be damaged by my glacial temperatures. Sorry I can’t be any kinder to the rover – your ancestors were right about my bellicose nature in the first place. But I have every confidence in your abilities, and I’m sure that the ExoMars rover will transmit precious information via the Trace Gas Orbiter, which is watching my every move. The scientific mission is now well under way.

The upcoming ExoMars 2020 mission, with Thales Alenia Space as prime contractor (like for the first mission), entails sending this landing platform to the surface, with the rover aboard. America has already carried out this daunting task several times… now it’s Europe’s turn, and this will be a major first for you. Looks like you set your ambitions very high for this mission: the platform will weigh 827.9 kg and the rover 310 kg; plus another 45-kg for an additional set of instruments on the lander – not really a lot, given everything on its plate!  What’s new is that the rover will be drilling down 2 meters to take samples of the soil – and no other robot has ever gone so deep! These samples will then be analyzed in a sophisticated and well sterilized mini-lab on the astromobile. All this is to help you find, not the little green men that illustrators were so fond of showing in the glory days of sci-fi after WW2, but rather any traces of bacteria, which would finally provide an answer to the existential question from your preferred rock’n’roll spaceman, David Bowie: “Is there Life on Mars?” Or perhaps it would be better to say, “Were there traces of past life on Mars?” That is the question! 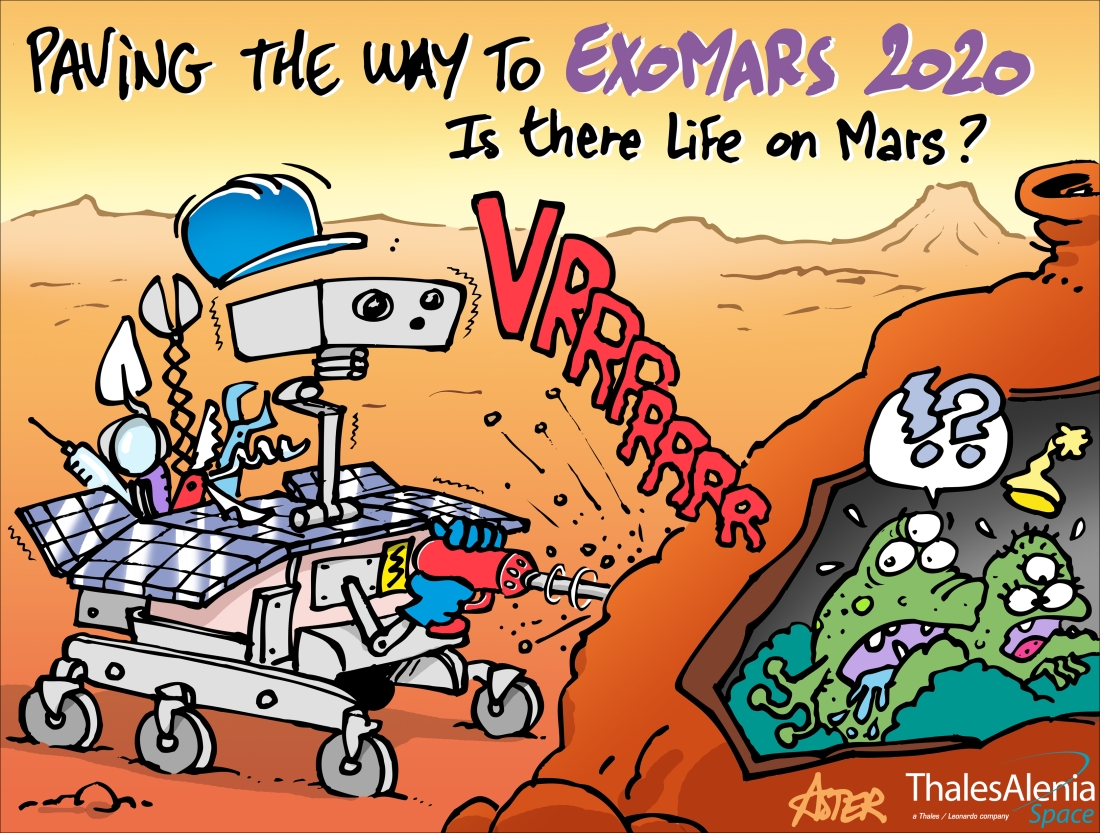 2020 is just around the corner and, to tell you the truth, I’m just as excited as you waiting for your upcoming visit on this groundbreaking mission!

* ExoMars is a joint exploration program between the European Space Agency (ESA) and the Russian Space Agency, Roscosmos, that aims to study the Martian environment, atmosphere and soil. It will lead to an enviable data harvest that will feed scientists' research for many years to come. Thales Alenia Space is prime contractor on the ExoMars missions (2016 & 2020), leading an industrial consortium. Within the consortium, Leonardo will provide the soil sample drill, OHB the carrier module and various rover instruments, with the rover itself supplied by Airbus Defense & Space. NPO Lavochkin will build the landing platform.