Thales Alenia Space: onboard European launchers for more than 50 years

Our electronics at the service of the launcher's core, its safeguard system and its tracking system

Long-standing expertise back to the 1970s

When the development of Ariane was decided by the Council of European Ministers meeting in Brussels under the Belgian Presidency on July 3, 1973, Thales Alenia Space had on paper a "control bench" solution inherited from Europa III. This expertise enabled the company to quickly win new contracts for the development and production of on-board electronic equipment. This is how Thales Alenia Space marked the beginning of its adventure with Ariane. This story continues from Ariane 1 to the present day with Ariane 6, and has been extended to Soyuz and Vega. 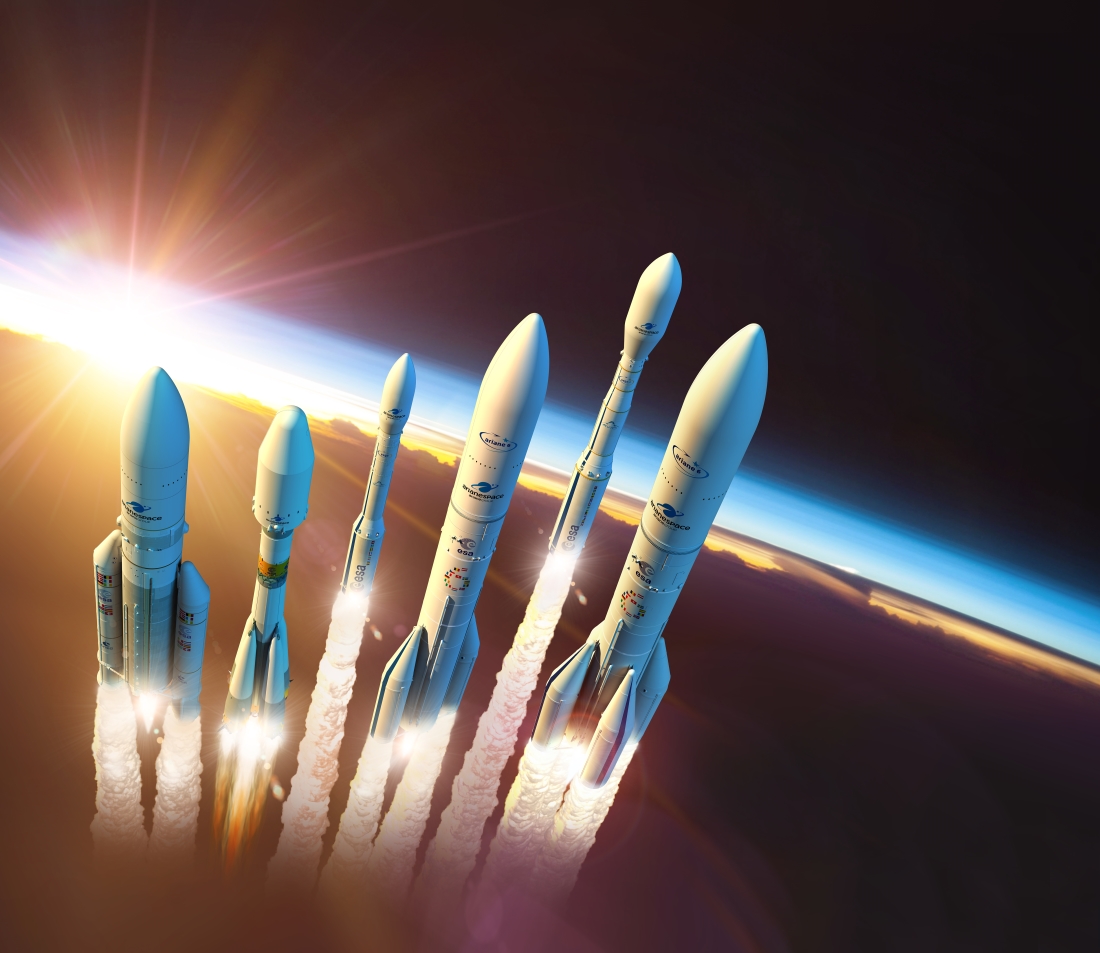 The 23 pieces of equipment supplied by Thales Alenia Space and on board each Ariane 5, represent 50% of the launcher's electronics. They are essential since they ensure on board power distribution, control of the nozzles to keep the launcher on its trajectory, calculation of its position in space, the separation of the stages, the opening of the fairing that protects the satellite in flight and the launcher safety system in case of an incorrect trajectory. Thales Alenia Space has produced in Belgium more than 5,000 pieces of equipment for the Ariane launchers produced to date.

At the same time, as a European supplier of check-out systems for launchers, Thales Alenia Space has supplied Arianespace with most of the control benches for the Ariane 1 to 5 launchers, including the most vital one, the one used for final checks and preparation for liftoff.

Thales Alenia Space gets on board Ariane 6

In 2017, Thales Alenia Space’s electronics got on board Ariane 6. In Belgium, the company is in charge of developing the Ariane 6 range safety system and control electronics for nozzle steering. Ariane 6 is a new development for Thales Alenia Space as the company also signed the contract for the development, in Spain, of the telemetry transmitter of the launcher. This equipment is responsible for transmitting to the ground the data generated by the launcher throughout the whole launch mission. 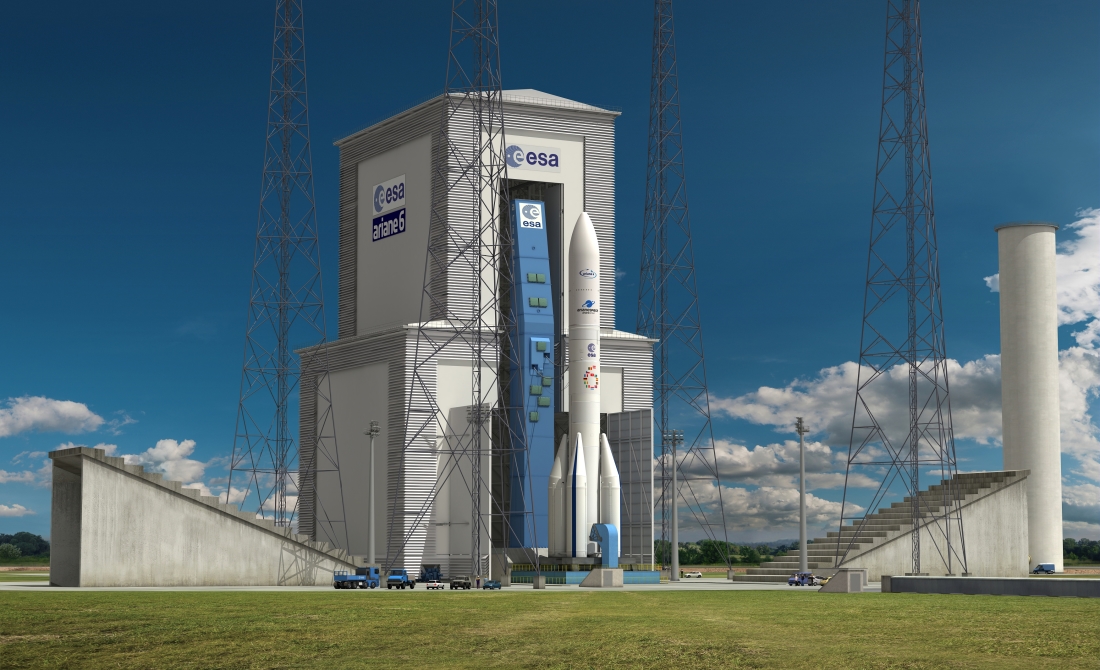 In April 2018, French space agency (CNES) chose the Space Alliance, formed by Telespazio and Thales Alenia Space, to extend the fiber-optic communications system (STFO) at Europe’s Spaceport in French Guiana, to include the new launch complex dedicated to Ariane 6. The STFO communications system acts as an interface between launch customers’ test benches and satellites throughout the different launch preparation phases at CSG, including spacecraft fueling, satellite encapsulation under the launch vehicle fairing and launch pad operations. In operation since the 1990s, this system is being extended and upgraded to serve Ariane 6 customers. CNES is in charge of the CSG ground segment. Telespazio France, as prime contractor, and Thales Alenia Space in Spain, as subcontractor, are bringing to the project their complementary skills in system engineering, communications networks, software systems, RF and fiber-optics, as well as in the operation and maintenance of the current STFO system. These activities, initiated 2018, are about to be finalized. 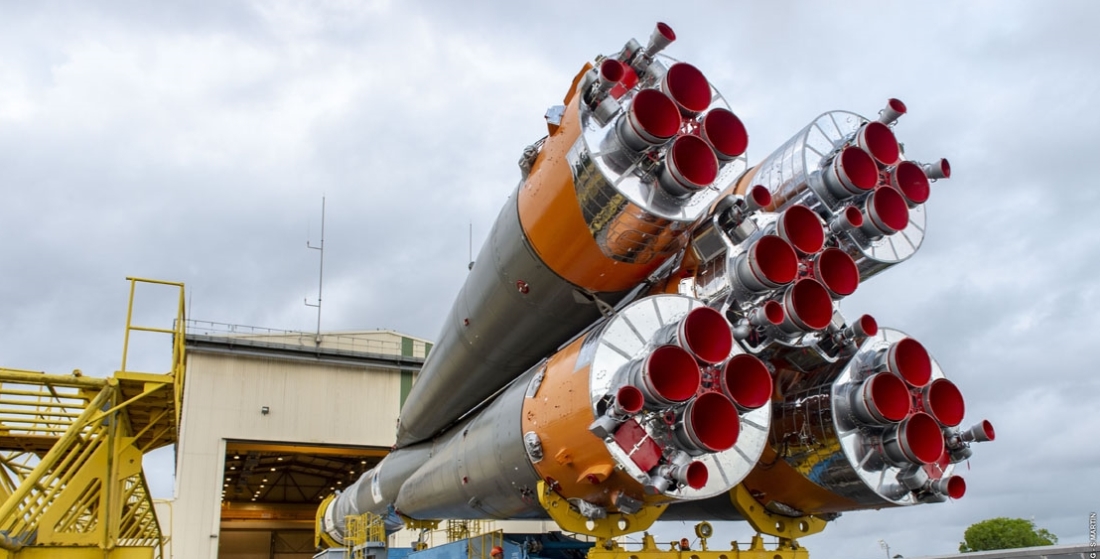 The Russian Soyuz launcher also relies on the expertise of Thales Alenia Space, the only European supplier, for its range safety system. This system equips the Soyuz launched from French Guiana and can be used to destroy the launcher if it goes off course.

Thales Alenia Space also delivers on-board equipment for Soyuz, with two to four Soyuz launchers equipped per year since 2011. In addition, Thales Alenia Space provides the Passive Repeater System (PRS) that provides communications links between the payloads on the launcher and the ground control systems, prior to the launch.

Thales Alenia Space is also responsible for the installation of three relay antennas providing links with the Bretagne1, Bretagne2 and Adour2 radars in French Guiana. These antennas are needed to check that the safety system is operating correctly, for both position determination and for remote commands, when the launcher is on its launch pad.

The latest in the series of launchers: VEGA 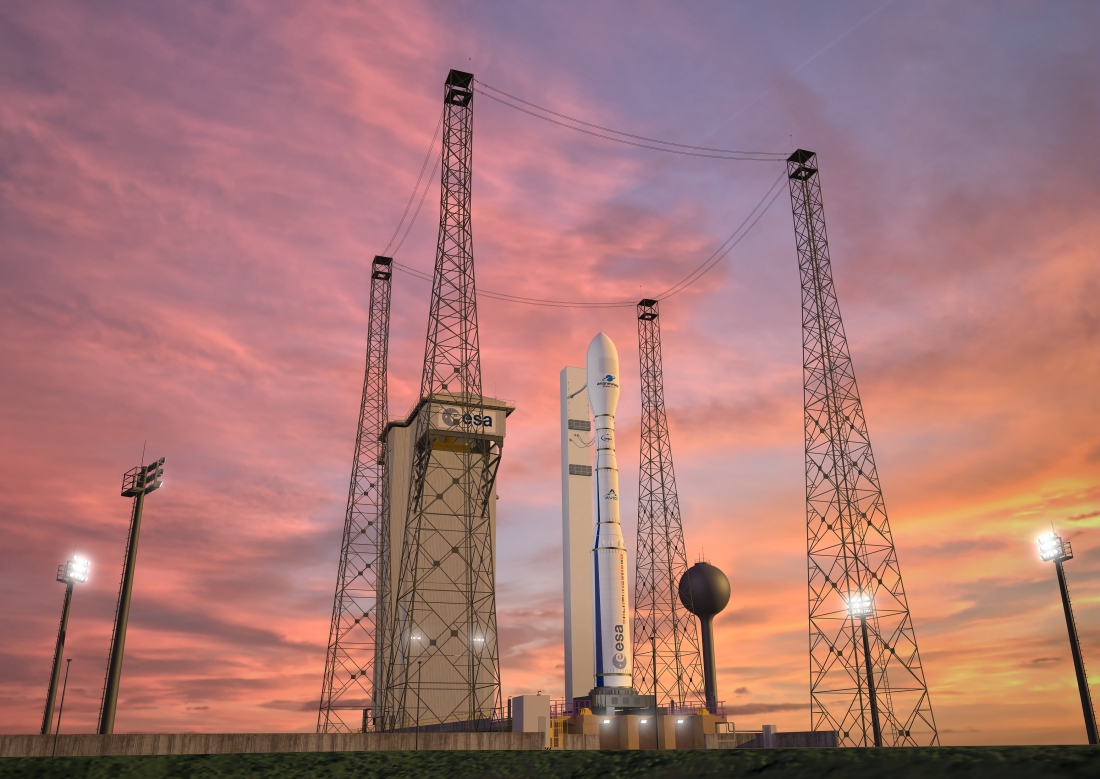 Thales Alenia Space in Belgium and in Spain also participate in the development of the European launcher VEGA. The Belgian teams are participating in the inertial navigation system while the Spanish teams have just won the contract concerning the initial phases of development of a TDRS (Tracking and Data Relay Satellite) transmitter, targeting an improvement of VEGA telemetry system by using geostationary data relay satellites. The new system is based on the transmission of the telemetry data streaming to TDRS geosynchronous satellites constellation, which then relay the signal to the ground stations. This system will significantly improve the contact between the ground and the launcher by allowing continuous transmission of the telemetry data streaming all along the launcher trajectory. It will be compatible with the current launcher version and easily adapted to its evolutions, as the VEGA-C launcher version.