This excellent news confirms the robustness of Europe’s geostationary weather satellites. MSG-1 (also called Meteosat-8) has broken all records for longevity, logging 19 years, 7 months and 12 days in orbit to date. MSG-1 was launched back in August 2002, followed by MSG-2, MSG-3 and MSG-4 in December 2005, July 2012 and July 2015, respectively. All Meteosat satellites, from the first to the third generation, will have been built by Thales Alenia Space  (joint venture between Thales 67% and Leonardo 33%) as prime contractor on behalf of the European Space Agency (ESA). Thales Alenia Space also provided orbital operation support for the first two generations of Meteosat satellites. They are operated by EUMETSAT, the European Organisation for the Exploitation of Meteorological Satellites. 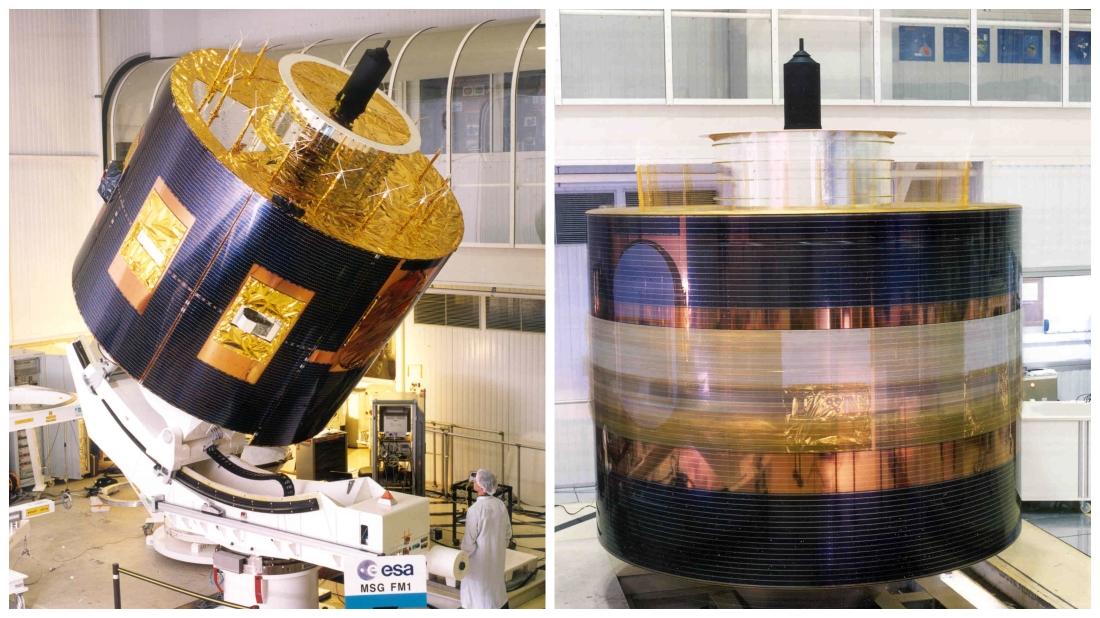 Meteosat Second Generation (MSG) satellites have significantly improved weather forecasting. Spin-stabilized at 100 RPM, they incorporate a number of technologies that make life easier for meteorologists: higher quality images due to a significant increase in the number of observation channels, better radiometric performance and shorter revisit cycles. 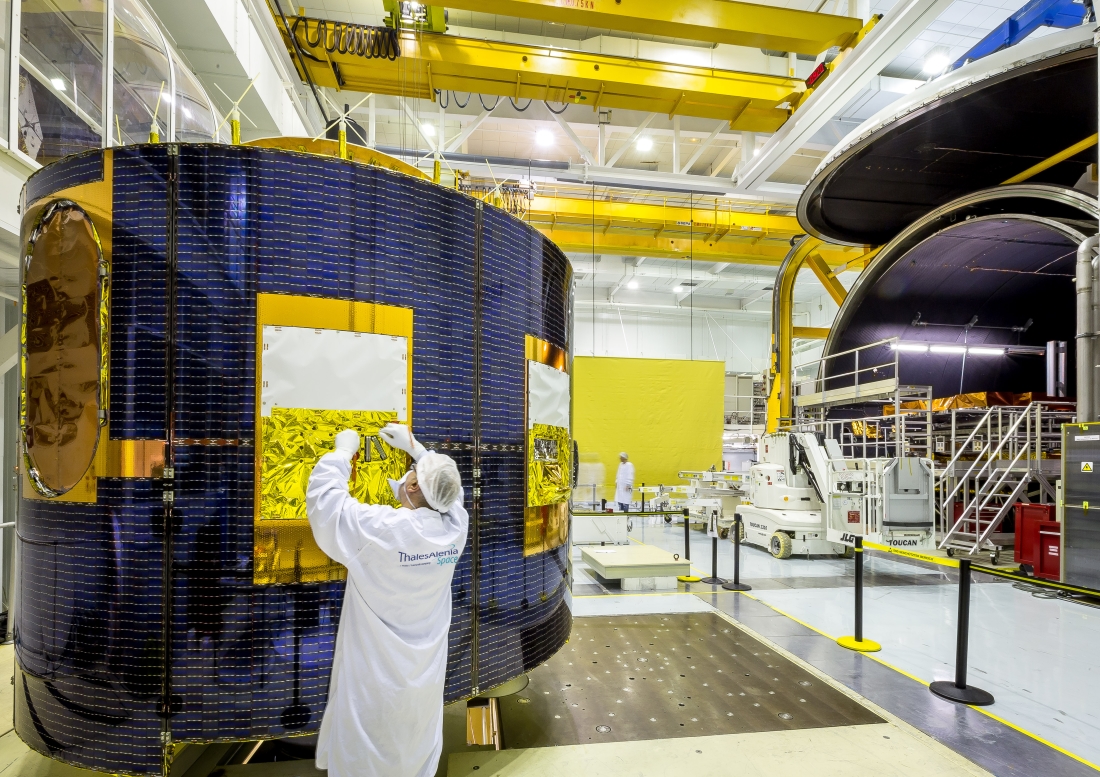 European meteorology has become increasingly accurate over the years. On first-generation Meteosat satellites, images were refreshed every 30 minutes. The second generation reduced this to 15 minutes and the advent of Meteosat Third Generation (MTG) will bring this delay down to 10 minutes, making weather forecasts even more reliable.

As for the first two generations, Meteosat Third Generation satellites are being built by Thales Alenia Space as prime, in partnership with OHB of Germany. Telespazio (joint venture between Leonardo 67% and Thales 33%) will provide EUMETSAT with launch and in-orbit services for two of the new MTG constellation satellites, with an option for a third. The MTG family comprises six satellites: four imaging and two atmospheric sounding satellites.  All in all, Thales Alenia Space will have been prime contractor for 17 geostationary meteorological satellites: 7 first-generation, 4 second-generation and 6 third-generation.

Data provided by MTG will revolutionize weather forecasting and provide insights into changes in our atmosphere, oceans and land surfaces. Violent storms and other extreme phenomena are an increasing threat – one that MTG satellites should help mitigate by telling us when they’re expected. In addition to improving the accuracy of weather forecasts, the huge streams of data generated by the state-of-the-art sensors on these satellites will help us model the terrestrial ecosystem and better understand current climate change trends so we can take the appropriate actions. The six satellites in the MTG family, four imaging and two sounders, can provide a 3D map of the atmosphere – a technological breakthrough and a world first! The imaging satellites will have on board a sophisticated instrument, the Lightning Imager developed and supplied by Leonardo, the first and most advanced imager in Europe that will be able to “see” lightnings from space. The sounding satellites will be able to detect the advent of extreme climate events a full half-day earlier. By using the system as a whole, meteorologists will improve their weather forecasts a full week in advance. This will mark a major step forward in warning the populations concerned. MTG will help save lives and also pave the way for new services that will benefit people in both Europe and Africa. Once the full MTG fleet is in orbit, Eumetsat will offer the world’s best weather forecasts.

The first MTG imaging satellite will be shipped from Thales Alenia Space’s Cannes plant during the last quarter of 2022 for a launch planned by the end of the year.