There’s been a lot of buzz about the StratobusTM concept, first when it was introduced during the 2014 at Thales’ Innovation Days, then on the Net and social networks before the press also made it front page news. In a few short months Stratobus became the latest favorite of geeks and early adopters. It has been compared to other concepts, from zeppelins and drones to Google’s Loon balloons. But in fact StratobusTM is neither a drone nor a satellite, but a stratospheric airship that combines the best of both worlds. The program was officially launched in April 2016. We asked Jean-Philippe Chessel, Director of the StratobusTM product line at Thales Alenia Space, to review its current status.

Space Q&A: Could you briefly explain the StratobusTM concept?

J-P Chessel: Stratobus is an autonomous, multi-mission stratospheric airship, midway between a drone and a satellite. Marking a real break with existing systems, StratobusTM is considered part of the HAPS [High Altitude Pseudo Satellite] family. It is mainly intended for local missions, and is a perfect fit with conventional satellite systems. StratobusTM operates at an altitude of 20 kilometers (above the jet stream and air traffic) and is designed for a wide range of civil or military regional applications: telecommunications, navigation, observation (especially surveillance), etc.

Space Q&A: Could you give us a few concrete examples of possible applications? 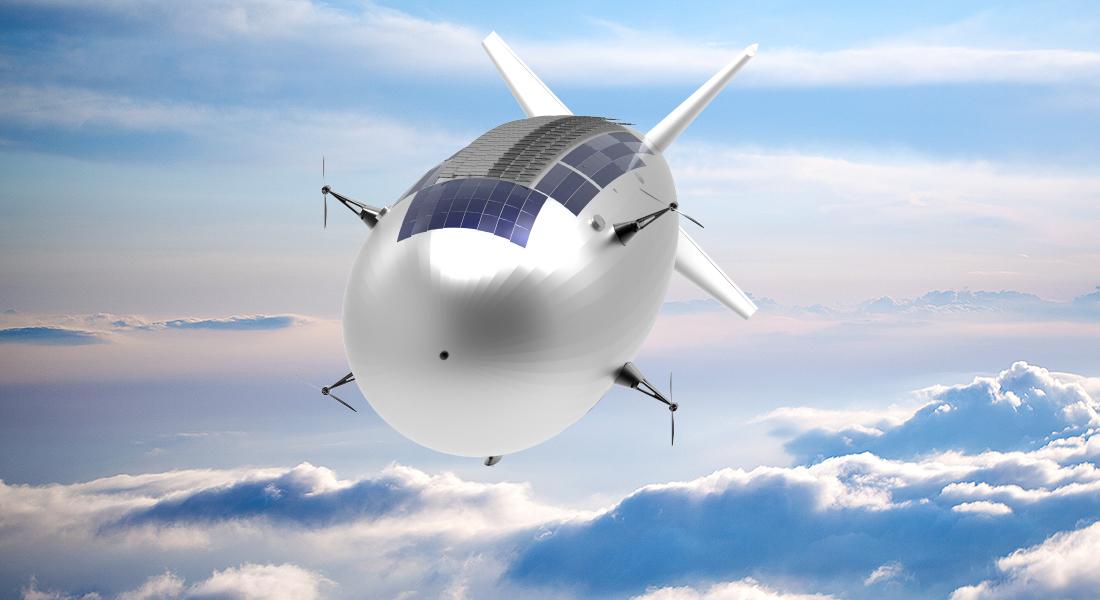 J-P Chessel: StratobusTM could be used for surveillance missions, including land, maritime, oil platforms, piracy at sea, etc. It is also highly suited to environmental monitoring missions. For observation missions, StratobusTM can carry both radar and optical imaging payloads, which gives it continuous surveillance capability, day or night and under all weather conditions. For military applications, StratobusTM can be displaced as theaters of operation move. It would also be very useful in the telecommunications market, to provide 4G and 5G connectivity in the future. Its position in the stratosphere at an attitude of 20 kilometers is an optimal position for 5G, which demands very short latency, of just a few milliseconds. Concerning navigation applications, it would strengthen the AIS [Automatic Identification System] network in heavy traffic zones, thus improving traffic control. In other words, StratobusTM is really a multidisciplinary solution for local missions out to a terrestrial horizon of up to 500 kilometers!

StratobusTM is not a toy! It will weigh nearly seven metric tons and measure 115 meters long and 34 meters in diameter at the widest point.

Space Q&A: How is the program developing today? 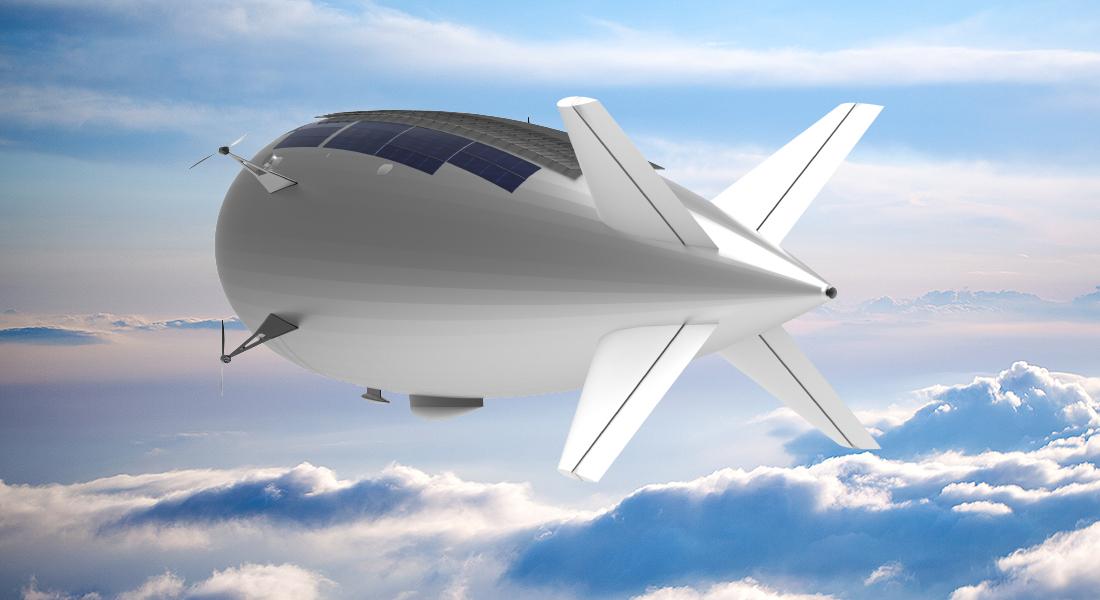 J-P Chessel: The program kicked off officially on April 26, 2016. Along with funding partners CGI/Bpifrance [organizations supporting French Investment in the Future programs], we have three major program milestones. The first is the SRR, or System Readiness Review, which aims to consolidate the concept’s specifications. We passed the SRR in December 2016. The next phase, the PDR [Preliminary Design Review] will take place in mid-2017, resulting in a concept that meets the defined specifications. It will be followed in 2018 by the CDR [Critical Design Review], which provides a detailed definition so we can launch the actual production.

One important point is that, following the first phase, we decided to make several changes to StratobusTM in order to consolidate the project. For instance, the internal solar concentrator as initially designed will now be placed outside, on top of the airship. Secondly, the original transparent envelope will become opaque. These two changes will help definitely eradicate the effects linked to heating, expansion, etc. By raising the technology readiness level, we increase our chances of bringing StratobusTM to market in 2020 or 2021. 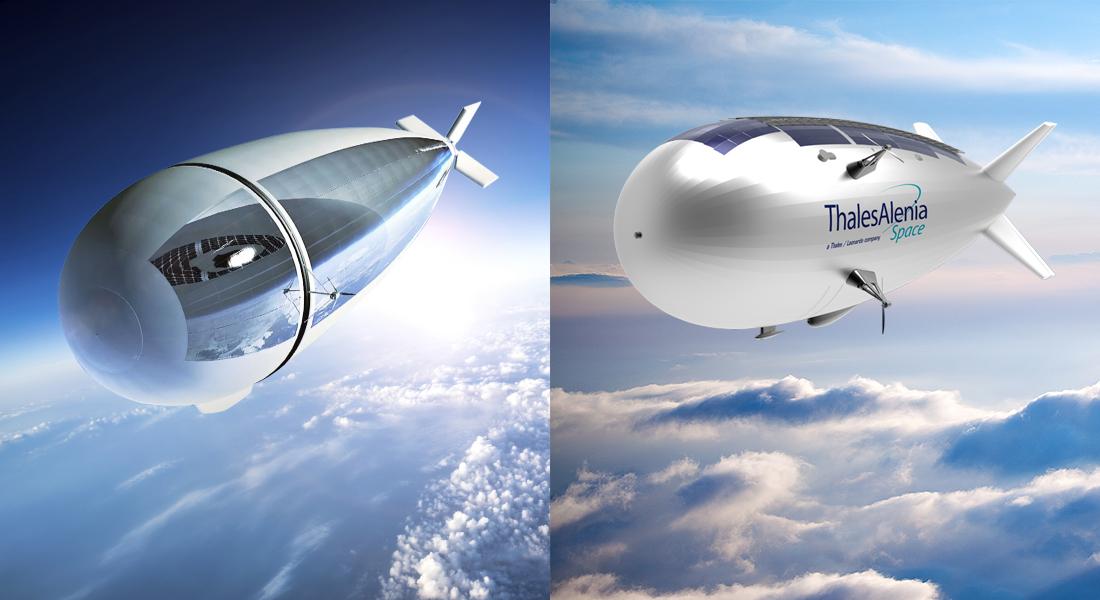 Towards 2020, StratobusTM will be able to carry existing payloads that have been adapted to the platform, such as the Radar Search Master from Thales. At the same time, the program is studying the possibility of integrating payloads purpose-designed for StratobusTM, but the associated development and manufacturing cycles are longer. This second wave of development would lead to a market entry towards 2025.

Where will StratobusTM airships be manufactured?

J-P Chessel: We have our production base in Istres, southern France, which could build the Prototype Flight Model (PFM). Other production facilities could be set up near operational headquarters for customers who are interested in the development of this new technology.

J-P Chessel: In January 2017, we signed a Memorandum of Understanding with the MASDAR institute in the United Arab Emirates and the MINES ParisTech engineering school in France to study possible StratobusTM missions for environmental protection (CO2 rates, water cleanliness, etc.). We already have several potential customers who are keenly interested in Stratobus-based applications. They are undisclosed for the moment, because of confidentiality concerns.

What are the advantages of using StratobusTM ?

J-P Chessel: StratobusTM is a highly competitive and innovative product. Its advantages include the wide range of possible missions, its stationary positioning and the fact that it can be easily repositioned and also brought back down to earth for maintenance. Plus, you don’t have to use an expensive launch vehicle for this space-like capacity.

For military observation missions, its ability to provide continuous observation is a major advantage. The other important point is its payload capacity. In standard configuration, StratobusTM can carry 250 kilos of payload, with a power rating of 5 kW. For certain specific missions at the equator, this capacity reaches up to 450 kilos and a rating of 8 kW if we combine an optical instrument with a powerful radar, the pairing of these two instruments ensuring continuous mission capability. In the zone between the tropics, where winds blow at less than 90km/h, it could provide permanent service all year long and 24/7. [StratobusTM is designed for 5-year missions, with annual servicing.] In Europe, our competition is proposing a “solar glider”, with a payload capacity of 5 kilos and a 3-week mission duration. There is no real comparison with the formidable – and I use this word on purpose – field of possibilities offered by StratobusTM. 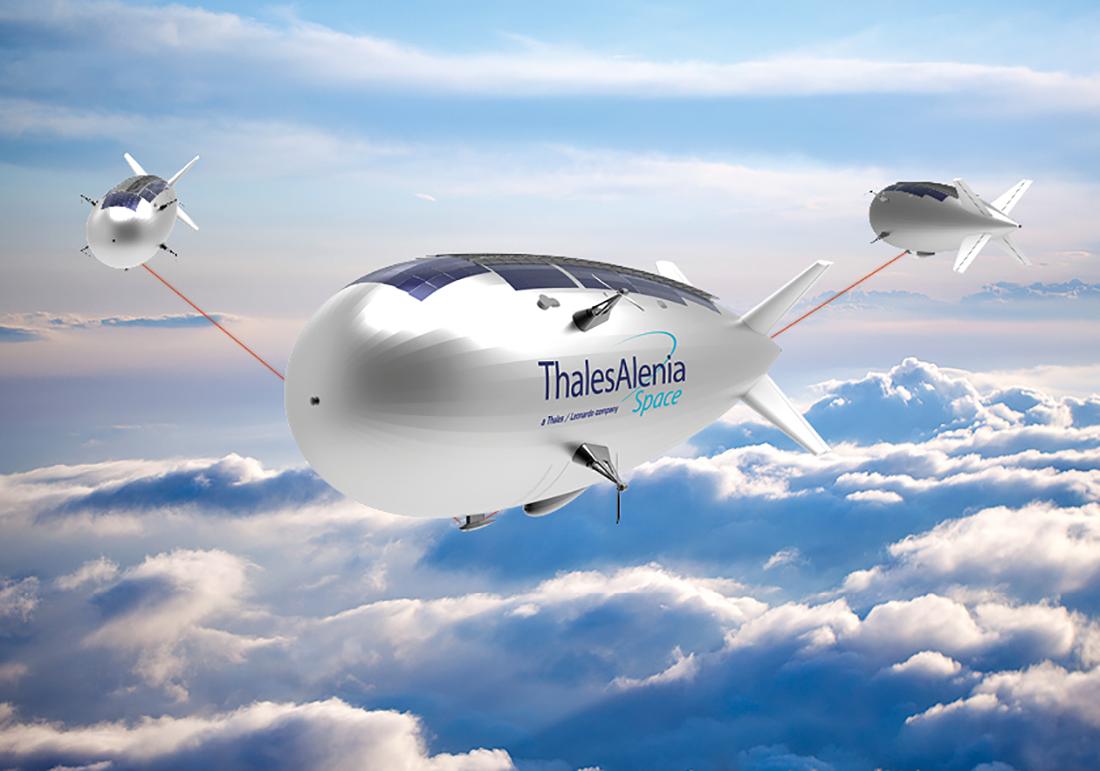 A little while ago, Google had developed a solar drone called SkyBender (built by Titan Aerospace, acquired by Google). But two demonstrator failures showed that the drone wasn’t able to deliver 5G because the payload was not consistent enough to carry out this mission continuously. So Google abandoned the SkyBender project to take up its Loon project with moving balloons. However, this project is very complex, because it requires a large number of balloons in motion, each carrying a payload weighing about 20 kilos. In fact, StratobusTM could very easily be integrated with the Loon project, helping to strengthen its general architecture.

What are the current trends in the HAPS market?

J-P Chessel: We estimate an accessible market for high altitude proto satellites (HAPS) of about one billion dollars a year towards 2020, and our American competitors make the same estimate. Furthermore, the targeted annual growth rate between 2020 and 2030 is 12%.

And the next steps in this program?

How has StratobusTM changed the organization of  Thales Alenia Space?

J-P Chessel: First, because this is a totally disruptive technology, Thales Alenia Space created its own product line. StratobusTM also brought with it a new operating mode. We are applying concurrent engineering along with our partners, in a single venue for a predetermined period. This type of organization, also used in Silicon Valley startups, or companies like SpaceX, generates results very quickly by applying a company-wide collaborative working method, based on open innovation. It was this approach that allowed us to pass the SRR right on schedule. Any decisions on changing the concept were made jointly with our partners, including moving the solar concentrator from the inside to the outside, making the envelope opaque and using four engines for better aerial navigation.

What’s really new in this concept is to integrate optical and radar instruments, along with telecom payloads and equipment purpose-designed for StratobusTM.

Why do you say that Stratobus complements satellite solutions? 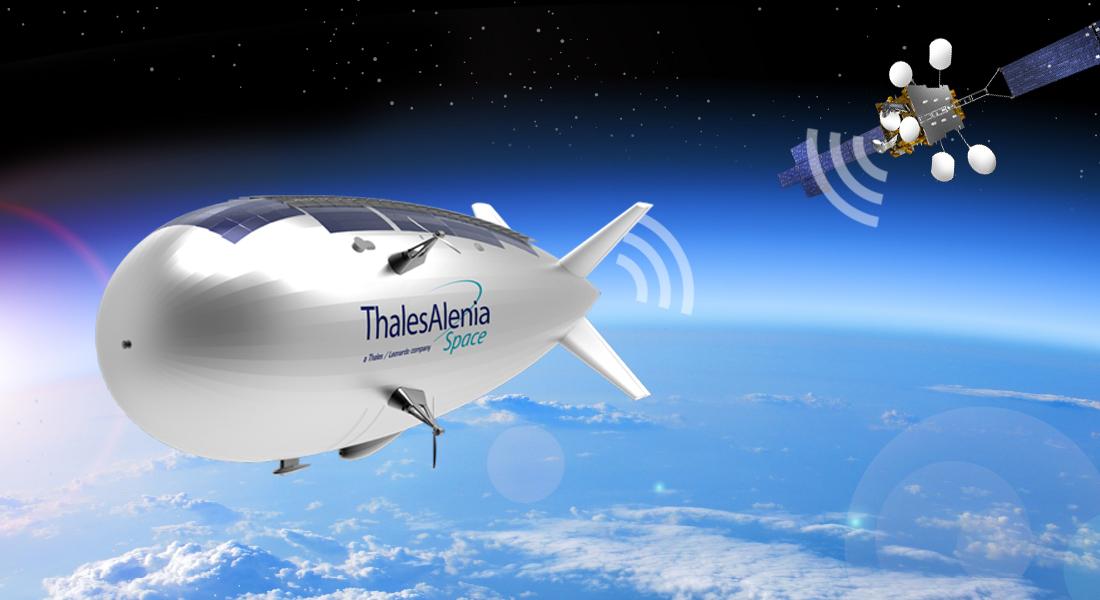 J-P Chessel: Satellites provide global coverage, and can focus on one or more countries, or even a whole continent. StratobusTM will provide regional coverage. The two solutions are fully complementary, for both observation and telecommunications applications.  For observation, StratobusTM could provide additional and/or more detailed information in relation to that provided by optical and radar observation satellites. For satcom systems, StratobusTM is an excellent solution to boost signal strength at the edges of the coverage zone. StratobusTM will surely lead to a change in the paradigm. Depending on user requests [and it’s really on a case by case basis], we could offer a comprehensive solution that includes, for example, several Earth observation satellites for global coverage, along with one or several StratobusTM airships for local surveillance, and even drones to take action if a threat is detected and confirmed.