Rome, 17 June 2022 – Thales Alenia Space, the joint venture between Thales (67%) and Leonardo 33%), and Telespazio, the joint venture between Leonardo (67%) and Thales (33%), have signed a follow-on contract with the Italian Ministry of Defense1, for the SICRAL 3 secure satellite communications system and its ground segment. This latest contract covers the development of phase D2. It continues a complex, process  that started with the initial phases 0/A, followed by phases B and C and several implementation phases, leading up to the launch of SICRAL 3A by 2026 and subsequently the launch of SICRAL 3B. 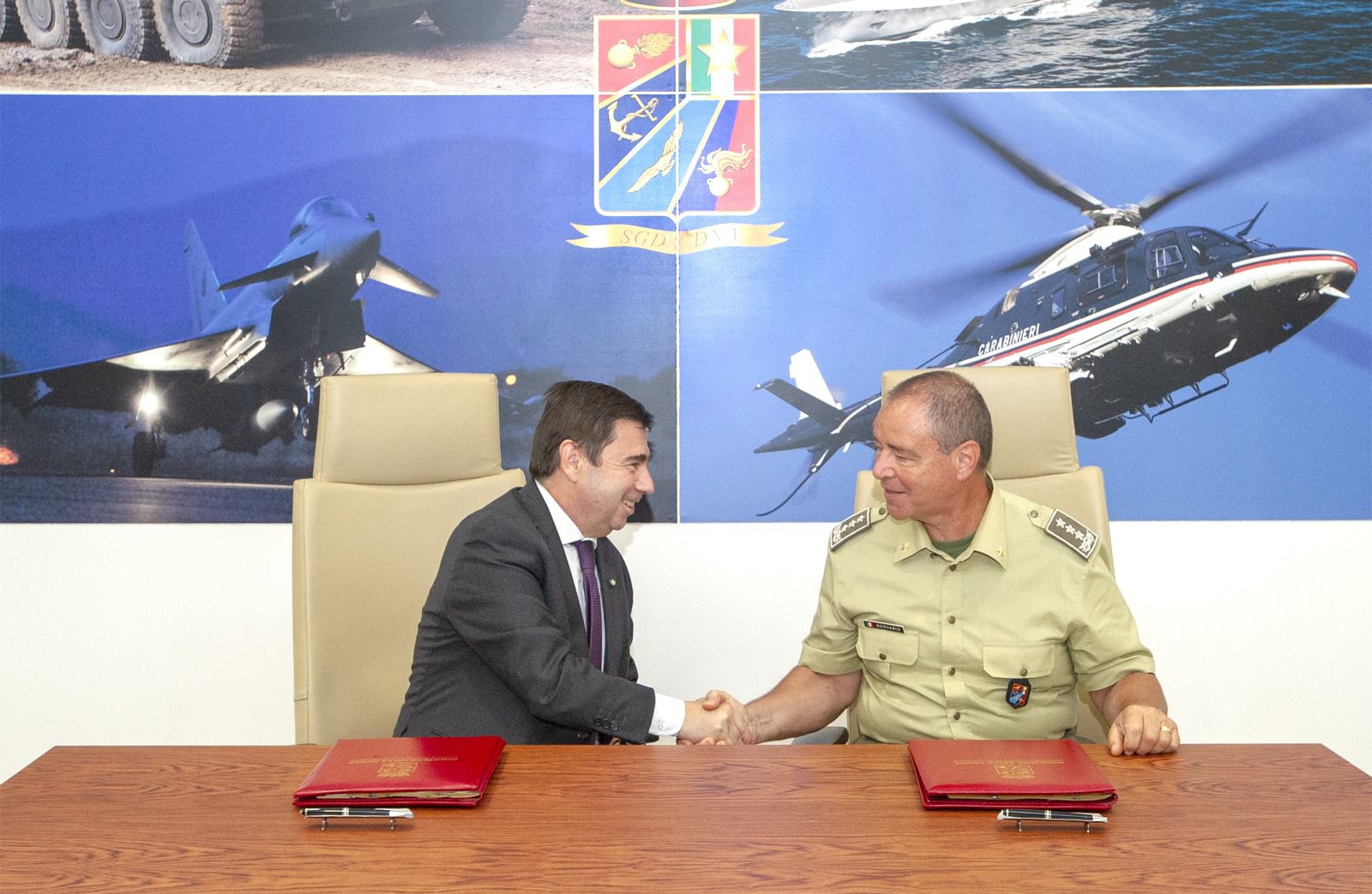 SICRAL, the Italian System for Secure Communications and Alerts, comprises geostationary satellites for strategic and tactical communications, which support various defense missions, both in Italy and abroad. The new SICRAL 3 system is designed to meet Italian defense communications and interoperability requirements. It will ensure continuity with the current SHF and UHF-band telecom services provided by the SICRAL 1A, 1B and SICRAL 2 satellites, while expanding its range of services with a new Ka-band payload, as well as supporting security, public rescue and civil protection services. 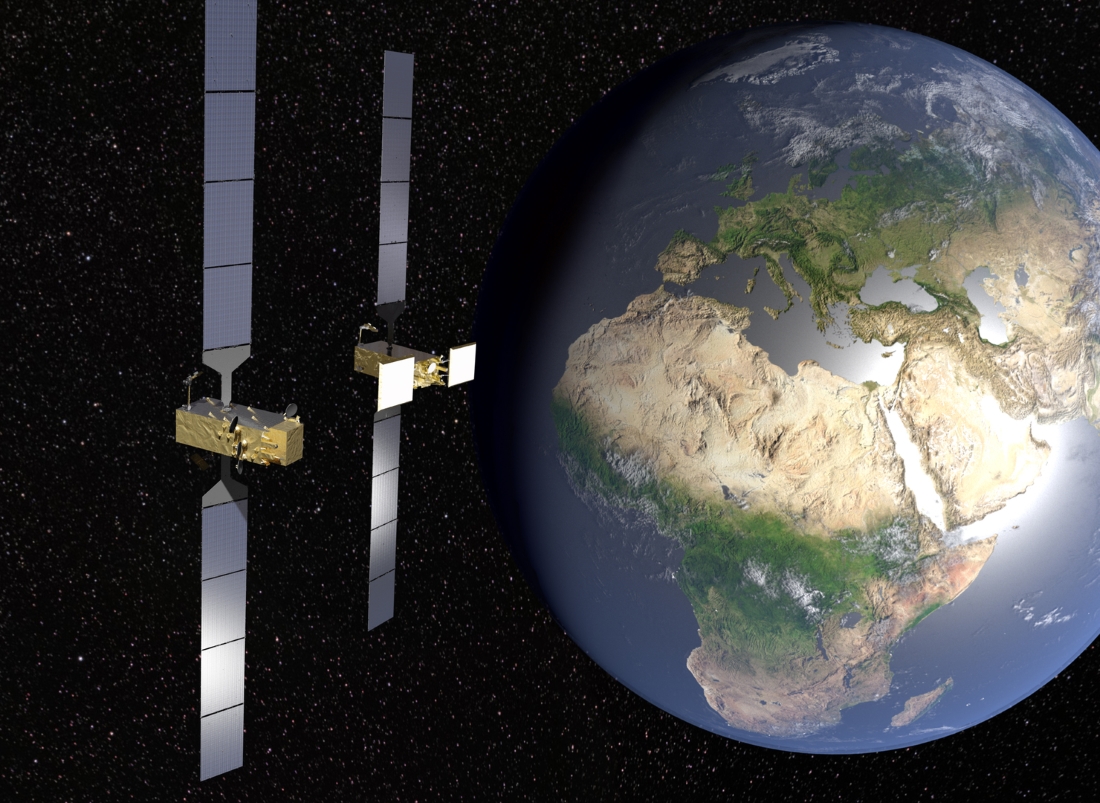 "The contract signed today is the result of the long and fruitful collaboration between our company and the Italian MoD ,”  said Massimo Claudio Comparini, Senior Executive Vice President, Observation, Exploration and Navigation at Thales Alenia Space. “Thanks to the experience gained in national programs such as SICRAL and COSMO-SkyMed, as well as our proven expertise in both ground and space system design and production, the Italian space industry retains full leadership capacity in the delivery of end-to-end solutions for large-scale integrated systems.”

“This contract confirms the enormous importance of the space sector for the MoD , and reflects the extremely high standard set by Italian industry, represented today by the Space Alliance," said Lieutenant General Engineer Angelo Gervasio, Director of TELEDIFE. "Italian industry has largely proven its ability not only to produce systems able to meet complex national defense needs, but also to affirm its position in the fiercely competitive international market.”

Luigi Pasquali, Leonardo's Space Activities Coordinator and CEO of Telespazio, added, “Thanks to SICRAL 3, Italy and NATO can continue to count on safe, effective satellite communications. Leonardo and Thales, through the Space Alliance, are very proud of SICRAL. It‘s a textbook case of complex space program management and the sterling collaboration between industry and the Ministry of Defense. By continuing this program and expanding the services provided, especially with the new Ka-band capacity and the IW (Integrated Waveform) platform, the Italian Ministry of Defense will deploy the required operational capacity and consolidate its existing partnership with industry on UHF services.”

To implement the SICRAL 3 program, the two companies comprising the Space Alliance have formed a temporary consortium (RTI), with Thales Alenia Space as the agent company and Telespazio as the prime contractor.

More specifically, Thales Alenia Space will be responsible for the entire telecommunications system, the space segment with the design and integration of the system as well as the design, production, and integration of innovative UHF, SHF and Ka-band payloads. The space segment of SICRAL 3 will consist of two geostationary satellites, Sicral 3A and Sicral 3B. The innovative aspects include the satellite platforms, which feature electric propulsion, a highly modular design and a high level of autonomy, guaranteeing the possibility of orbital transfer based on sensors and GNSS/GPS receivers to control the satellite's positioning and attitude. Leonardo will supply the star sensors enable SICRAL 3 to orient itself and maintain the correct attitude in orbit

About the Space Alliance
The Space Alliance, founded in 2005, is a strategic partnership between Leonardo and Thales, the major industrial groups in the aerospace industry in Italy and France. It includes two joint ventures: Telespazio (Leonardo 67%, Thales 33%) and Thales Alenia Space (Thales 67%, Leonardo 33%). The complementary capabilities of Thales Alenia Space in satellite systems and Telespazio in associated services provides the Space Alliance all the assets needed to meet market needs, which are increasingly focused on applications related to space technologies. Telespazio and Thales Alenia Space provide a unique offering of products and services, spanning field communications, navigation, scientific research and observation, enabling both companies to consolidate their positions in the aerospace, defense and security markets.

About Thales Alenia Space
Drawing on over 40 years of experience and a unique combination of skills, expertise and cultures, Thales Alenia Space delivers cost-effective solutions for telecommunications, navigation, Earth observation, environmental management, exploration, science and orbital infrastructures. Governments and private industry alike count on Thales Alenia Space to design satellite-based systems that provide anytime, anywhere connections and positioning, monitor our planet, enhance management of its resources, and explore our Solar System and beyond. Thales Alenia Space sees space as a new horizon, helping to build a better, more sustainable life on Earth. A joint venture between Thales (67%) and Leonardo (33%), Thales Alenia Space also teams up with Telespazio to form the parent companies’ Space Alliance, which offers a complete range of services. Thales Alenia Space posted consolidated revenues of approximately 2.15 billion euros in 2021 and has around 8,900 employees in 10 countries with 17 sites in Europe and a plant in the US. www.thalesaleniaspace.com

About Telespazio
Telespazio is one of the world's leading providers of space services. These include the design and development of space systems, the management of satellite launch and in-orbit control services, Earth observation services, integrated communications, satellite navigation and localization, and scientific programs. Telespazio plays a leading role in its markets by leveraging the technological expertise it has acquired through 60 years of activity, by developing its own infrastructures, and through its participation in space programs such as Galileo, EGNOS, Copernicus and COSMO-SkyMed. In 2021, Telespazio generated sales of 605 million euros and had 3,000 employees people in nine countries. www.telespazio.com

1 Represented by Director of the Directorate of the computer, telematic and advanced technologies (TELEDIFE) of the General Defense Secretariat and National Directorate of Armaments (Segredifesa),

2  Phase D (Development) covers the period of component production and the integration of various subsystems.